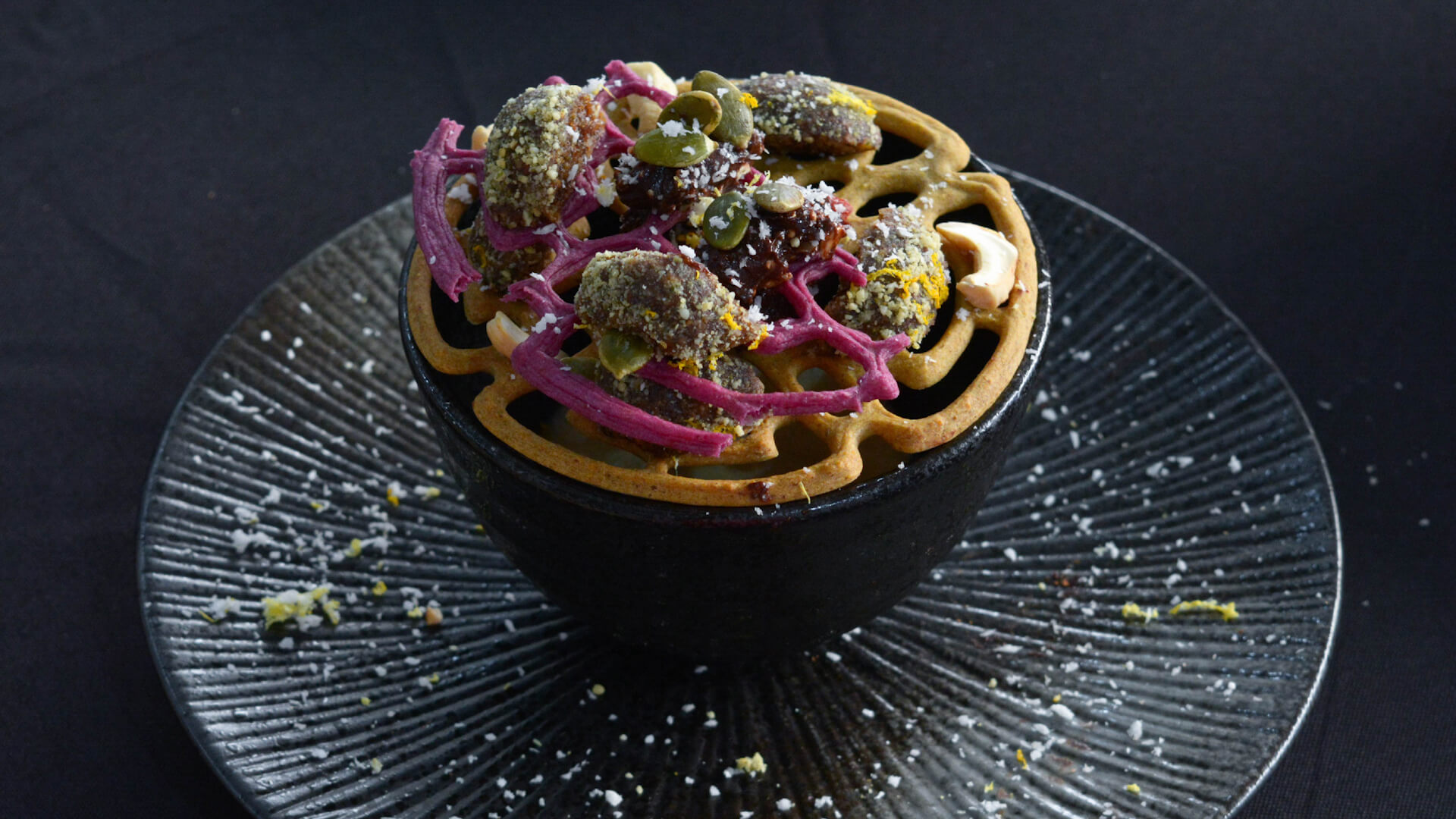 Upprinting Food repurposes and 3D-prints food before it goes bad. Changing the food appearance to making it desirable again and sustainable for once.

Food production requires a big quantity of resources. When we throw food away, we are not only wasting all of the effort necessary to produce it but also leaving it to rot in landfills, releasing greenhouse gases 25% more potent than CO2. Upprinting Food tackled the problem by repurposing food which would be otherwise thrown away through 3D printing.

In developed countries, the biggest amount of food waste is due to households’ inefficiencies: 60% of the food we throw away is still edible.

A lot of food is thrown away, not because it has expired, but simply because it’s not used for new recipes, even if it’s perfectly edible. Solving the problem of food waste is a vital part of creating a more sustainable society.

So why do we throw food away even if it is perfectly safe to consume? What if we could change its form and the texture? Would we eat it then?

From this problem was born Upprinting Food, beginning as a thesis project from Elzelinde van Doleweerd. She studied the possibility of using 3D printing applied to the food sector, aiming at recovering the supplies that would be thrown away otherwise.

Elzelinde started focusing on the aesthetic aspect, which limited the consumption of some kinds of food: she created “biscuits” and wafers with complex and intriguing shapes.

The further innovation of this product lies in its manufacturing versatility. Elzelinde uses the food which is mostly wasted on a local level as a basis for printing, obviously changing according to different cultures and geographical areas.

The first experiments in Holland implied the use of stale bread, while in China, during the Food exhibition at Beijing Design Week, rice was the protagonist.

Will projects like Upprinting Food reshape the food industry? will it be integrated into everyone’s home? Would you eat it? would you 3d-print yesterday’s dinner into tomorrow’s lunch?