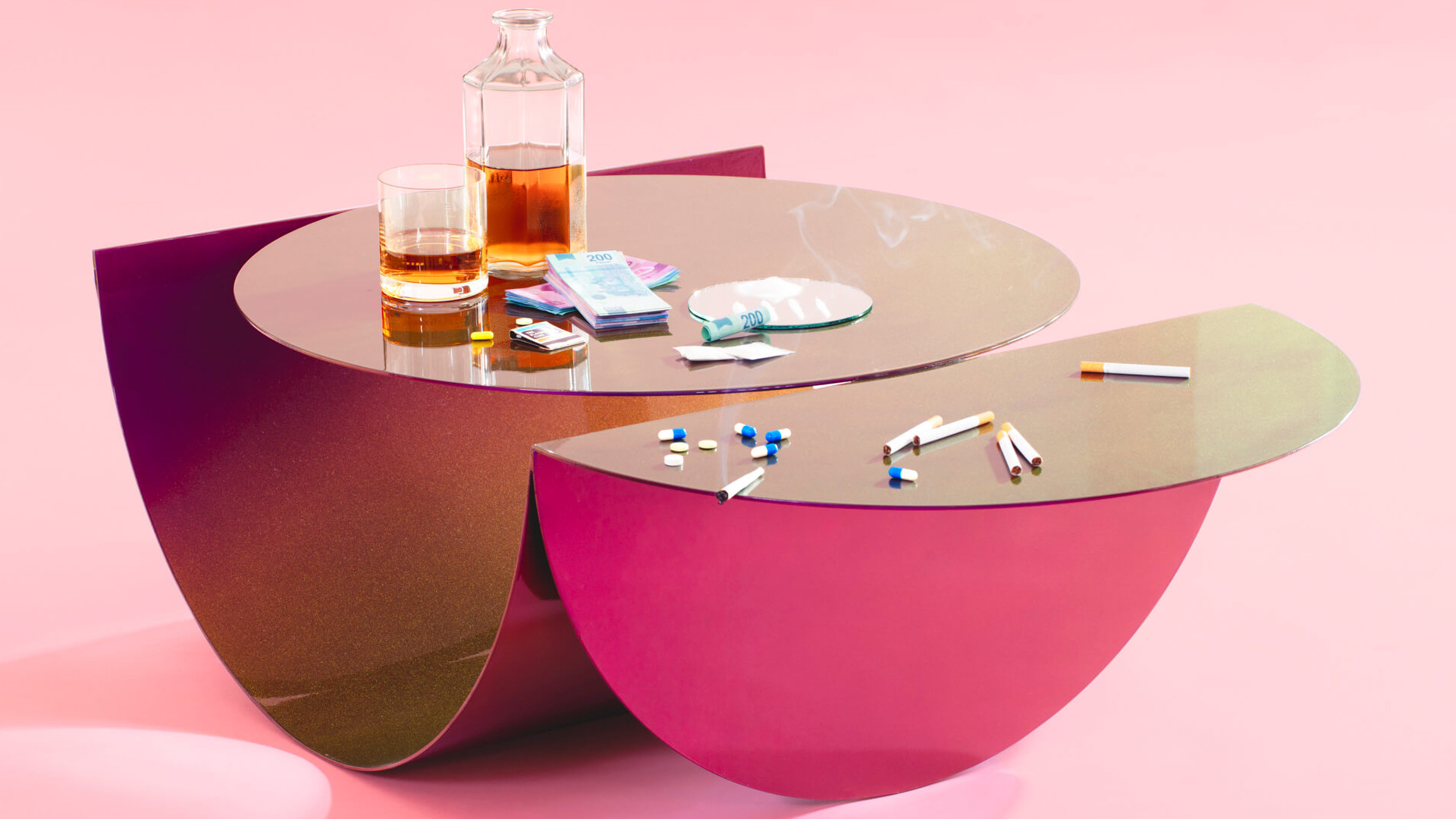 The Dancing Coffee Table is an exploration of the concept of movement, so naturally, it’s conceived only of circles, since they have an inherent movement in them.

From wheels to bearings, gears, and pulleys, we as a species have always been aided by the circle to move things. Circles are what allow most modern machinery to exist and work.

Since movement is intrinsic to circles, but not to tables, it needed to be removed. However, to not alter the balance of the table and to continue with the exploration of the concept, movement is not removed but just moved, from the circles to the finishing: iridescent paint.

Iridescent paint changes color when seen from different angles, so although the object remains static, there is a constant change, a perpetual movement of colors that allow the users to experience a different table each time they look at it.

The Dancing Coffee Table is created by original design practice Antipop, which will exhibit at Milan Design Week 2020 as part of Isola Design District.