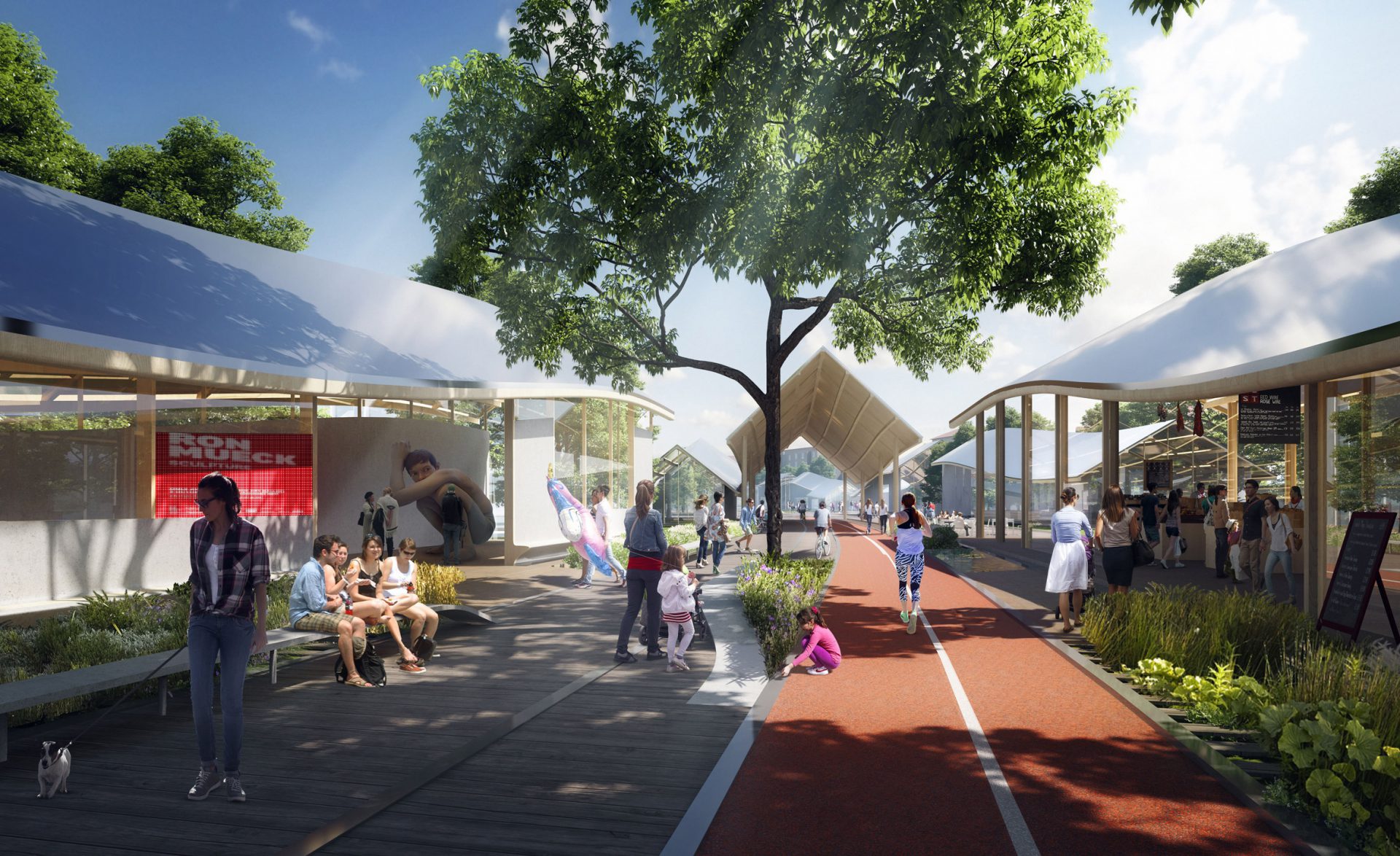 At Dutch Design Week 2019 during the Architecture & Public Space Talks, Chief Government Architect Floris Alkemade debates architecture and shared spaces with a number of leading visionaries. There is much ground to be gained. It is up to the strength of design, imagination takes charge.

Like every year in October, Dutch Design Week (DDW) takes place in Eindhoven, this time between the 19th and 27th of October 2019. The biggest design event in Northern Europe presents work and ideas of more than 2600 designers to more than 350,000 visitors from home and abroad. In more than 110 locations across the city, DDW organizes and facilitates exhibitions, lectures, prize ceremonies, networking events, debates and festivities. DDW concentrates on the design of the future and the future of design.

For the first time this year, Dutch Design Week has curated the DDW Talks programme with different partners. Based on the seven themes we investigate the many facets of design. Together with key figures from the field of design and beyond, the talks explore a diversity of design disciplines, discussing current affairs, reflecting on the past and casting our minds into the future.

There is much ground to be gained. It is up to the strength of design, imagination takes charge. There are countless opportunities and reasons for adapting public and shared spaces to the radically changing social and technological circumstances. To do this, we need to observe and understand these changes better, but this also calls for new approaches to collaboration.
We will explore this topic with the following speakers:

As the Senior Vice President of Corporate Design at Groupe Renault, Laurens van den Acker will share his vision on the future of mobility in relation to shared and public spaces. Being one of the ambassadors of DDW 2018, he will take us to a world where urbanisation is rapidly developing and between 60 and 70 percent of the population will be living in cities by 2030.

In addition to her work on the firm’s ground-up projects, Coren also leads the interiors group at SHoP. Her approach considers design on a holistic scale, from planning and building to interiors and product design. This range is exemplified by work on such disparate projects as frog Design Studio’s Brooklyn headquarters, new building and renovation projects for the Fashion Institute of Technology, interiors for the Detroit Hudson’s site, Botswana Innovation Hub, and several US Embassies, as well as the creation of a new vertical tech campus for Company in Manhattan.

Bureau ZWIRT designs more than buildings. It creates through strategic temporary design strong communities, implements the latest technologies and formulates new identities. Bureau ZWIRT introduces a temporary test and innovation phase to complex projects and involves the public long before the builders arrive for permanent development. During the temporary phase, projects can adapt to its future, prototyping new solutions to complex societal issues which can be used in similar projects elsewhere. It boosts the permanent development and creates new quality and local value. Whether it concerns single buildings or large scale urban areas.

“Urban Forestry in the design of new foundation cities and in general on the presence of green in our design”
Based in Milan, with offices in Shanghai and Tirana, Stefano Boeri Architetti (Boeri Studio until 2008) since 1993 has been dedicated to the research and practice mainly in architecture and urbanism, but also in the cultural, design and interior design fields.
“Multiplicity” is the guideline which has oriented for over 20 years a polyhedral activity, branching through project themes and across social and urban geographies worldwide. Such an approach has allowed the Studio to acquire a strongly defined identity and become a reference for biodiversity and sustainable architecture, social housing, strategic urban development at different scales, at an Italian and international level.

The talk Architecture & Public Space will take place on Sunday the 20th of October from 14:00 to 18:30 at FIFTH | NRE in Eindhoven, full details here.