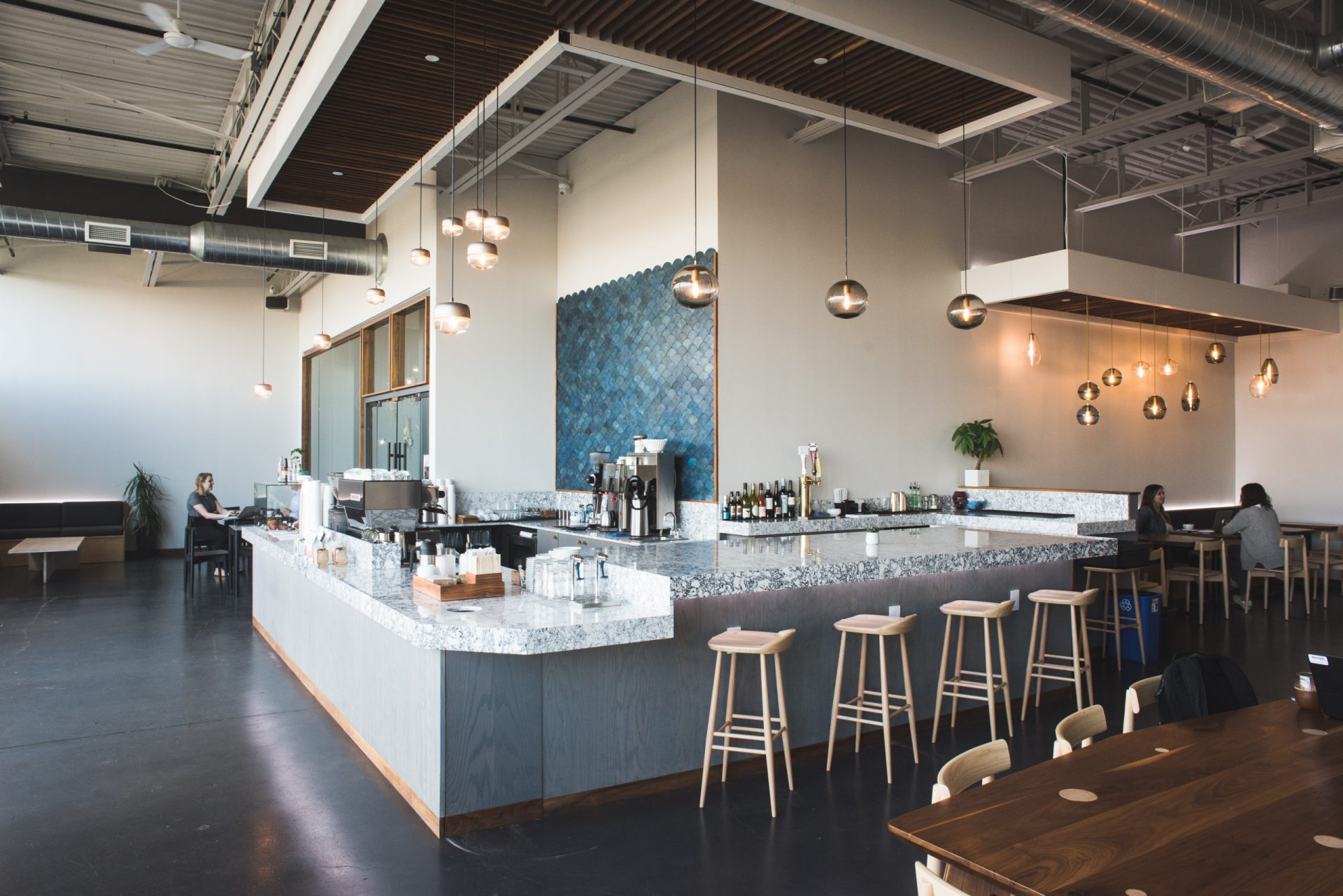 How often is it that a bunch of glass blowers that own a lighting company decide to expand into the cafe industry? We’ve discovered that it’s not that often.

Hennepin Made launched its glass lighting company in 2007 in a small warehouse in Northeast Minneapolis, Minnesota.

Quickly growing their business, they needed a bigger building.

In 2016 they purchased a 30k square foot warehouse (previously a window manufacturer) in downtown Minneapolis.

Their growth inspired the business idea of opening a cafe to both showcases their lighting and to offer a space for the creative community to gather. It’s been a year since the cafe opened and attached are some snapshots of the space: Parallel Cafe.

The cafe design incorporates furnishings from the following partners:

Hennepin Made co-founders Jackson Schwartz and Joe Limpert launched their business in 2011, driven by a desire to build something sustainable and transformative for their field.

Skilled artists and glassblowers, the duo saw an opportunity to connect their passion for glass with lighting design – and quickly made a national name for themselves.

Today, the Hennepin Made headquarters is home to seven full-time glassblowers with more than 80 years of collective experience among them, working alongside a team of 10 additional staff.

The business has expanded to include a vibrant cafe, multi-purpose event space, retail lab, and lively coworking office, with other creative ventures in the works.

Putting down roots in the heart of Minneapolis, Hennepin Made has become a creative hub – a space where the craft and design communities co-mingle and thrive, a place where big ideas become reality.