Winners of the 2020 edition of Golden Pin Design Award have been finally revealed! 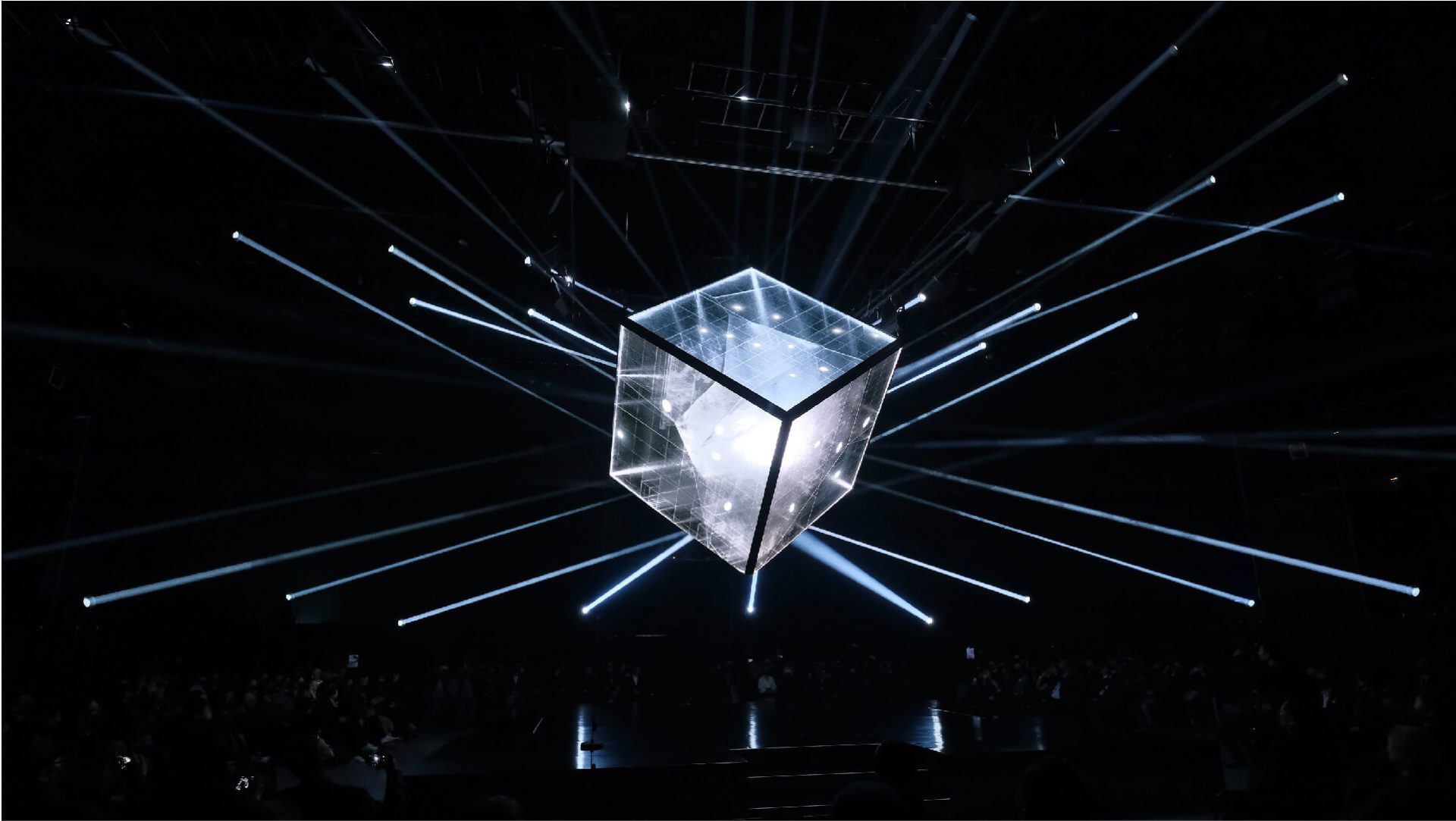 The 2020 Golden Pin Design Award grand awards ceremony was held in Taipei on the evening of December 11, revealing this year’s winners of the Golden Pin’s highest honor – the 24 Best Design winners and 3 Special Annual Award winners for Circular Design and Social Design. Among the winners revealed are exceptional designs from China, Hong Kong, Thailand, and Poland, while Taiwanese designers came out on top with 20 award wins.

The Theme of Awards Ceremony “2020” – Welcome to The New Normal

The theme “2020” was chosen for the awards ceremony to symbolize the many abrupt impacts and challenges caused by the pandemic, which has brought our previously rapid global development to a halt, allowing people to take a step back, reflect on the meaning of life, and explore a future trajectory that embraces more sustainable development.

Creative director Keng-Ming Liu of Bito, who was responsible for planning this year’s awards ceremony, noted that “a designer’s goal is to turn their vision into physical reality.” This is why the four-digit number “2020” in the key visual is depicted in a gradient of light and shadow that reveals the dynamic fluctuations of light and symbolizes a bright new beginning at the end of humanity’s recent dive into uncertainty.

This year, for the first time since its inception, the Golden Pin Design Award held its awards ceremony at a professional television studio. The grand ceremony was even more spectacular than in past years, featuring a concert-style thrust stage and cubic projection screens on all six sides.

For this year’s event, Golden Pin invited new media artists such as lighting artist Aka Chang, award-nominated composer Cheng-Yeh Han, Taipei Philharmonic Youth Orchestra principal violinist Yuyu Chu, and world-renowned dance troupe B.DANCE to collaborate; together, they delivered a stunning performance that immersed the audience in an impressive amalgam of visual impact, sound and light design, and interactive technologies. The ceremony also featured Aliz Aroma Creator’s olfactory design along with catering by popular Taipei restaurant Meowvelous to create a feast for all the senses.

In the promotional video for this year’s Final Selection, jury members were invited to talk about the pandemic’s impact on everyday life and how to use creative design to respond to challenges in a post-pandemic age, among other topics.

The visual uses a creative mix of live streaming, social media, and memes with virtual conferencing and Google Maps as a narrative technique to take a humorous look at the ways in which modern people connect through technology, and is sure to bring a knowing smile to the faces of viewers. The video even contains recordings of this year’s overseas jury members, who were interviewed via video conferencing, in a reflection of the pandemic-induced “new normal” of human interaction.

Due to the pandemic, this year’s Golden Pin Design Award held both physical selection events and online selection sessions to overcome the limitations of time zone differences and geographical divides and allow jury members in Taiwan and overseas to complete the Preliminary, Secondary, and Final Selections together via the internet.

The star-studded jury of this year’s Golden Pin Design Award and Golden Pin Concept Design Award was made up of eighty-five design professionals from fifteen different countries and regions around the world, and included such luminaries as Fumie Shibata, Eisuke Tachikawa, Marco Casagrande, Sonja Schiefer, Gerald Mark Soto, Nathan Yong, and Aaron Nieh.

This year’s awards saw twenty-four entries emerge from the 83-entry shortlist as winners of the Best, including four entries in the Product Design category, seven in Spatial Design, eight in Communication Design, and five in Integration Design.

This year’s Special Annual Award for Social Design was awarded to Book & Host by Taiwan’s One-Forty and The OLD School: #AgeRready through Design by the Hong Kong-based Enable Foundation. Both entries won favor from the jury for offering innovative design solutions to major contemporary social issues.

The Special Annual Award for Circular Design was awarded to ARTWORK TOMii, by emerging Thailand-based brand GREEN DOT BLUE, for their recyclable backpack made entirely out of materials that have been recycled from plastic bottles.

In addition to the ARTWORK TOMii backpack, another Thai entry was also recognized for its eye-catching designs. One of the Best Design recipient Little Shelter Hotel, created by the Department of ARCHITECTURE Co., fuses traditional northern Thai elements with attractive and eye-catching modern styling to create the spatial design for a hotel.

A Polish design entry – The History of the Last Judgement by Hans Memling / animation, created by TOFU Studio for the National Museum in Gdańsk, was also among the winning entries, receiving the Best Design trophy for its exquisite animation that offers a deep and moving look at the history behind this work of art.

Finnish architect Marco Casagrande was also impressed by the overall high quality of this year’s designs and noted that Taiwanese and Asian design really stood out among the entries. He also mentioned that many entries not only revealed a keen observation of market or social needs but also incorporated breakthrough innovations. Casagrande is looking forward to seeing the future development of the many startup brands that showed the outstanding quality of design.

This year’s Golden Pin Concept Design Award saw three out of the eight shortlisted entries awarded the Best Design, with each entry receiving a prize money of NT$400,000. Jury member and Singaporean designer Nathan Yong was impressed by the diversity of this year’s entries, particularly the innovative solutions offered by many Taiwanese entries that were inspired by the island’s culture and society. Yong hopes that future contestants will pay greater attention to the social impact of their entries and create more possibilities for the world through bold, imaginative design.

The three recipients of this year’s Best Design were all favored by the jury for their bold yet carefully thought-out designs. The Call of the Forest is a Taiwanese graphic design that illustrates raptors, with information about their habitats, food sources, and the human impacts on these birds incorporated into the illustrations, thus raising awareness of the issue of environmental conservation in Taiwan’s forested mountain regions.

Another Taiwanese entry, Cyclone Catcher, is a design for a large typhoon-powered wind turbine that overcomes the limitations of existing wind turbines to operate in strong winds, transforming these natural catastrophes into viable sources of energy.

Finally, YEZO is a Hong Kong design entry that took advantage of natural landforms and utilized an experimental design approach to create a shelter nestled in nature. The designers combined the fundamental elements of wood, stone, water, and light to reduce manufacturing costs and time while also minimizing ecological impacts.

The winner and designer of the typeface was officially presented with the award during the awards ceremony this evening, and received products worth a total value of over NT$300,000 from Acer’s ConceptD line.
Heading into its 40th year, the Golden Pin Design Award has attracted a wide range of entries by outstanding designers from around the world to compete with one another since its transformation into an international award in 2014.

This year, the two awards saw a combined total of 8,000 entries from twenty-seven countries and regions around the world. The awards’ growing sphere of influence and the steady growth in the number of entries each year have elevated them to the ranks of authoritative awards not to be missed by global design professionals.

Are you interested in hospitality design? Don’t miss the award-winning creations of THDP 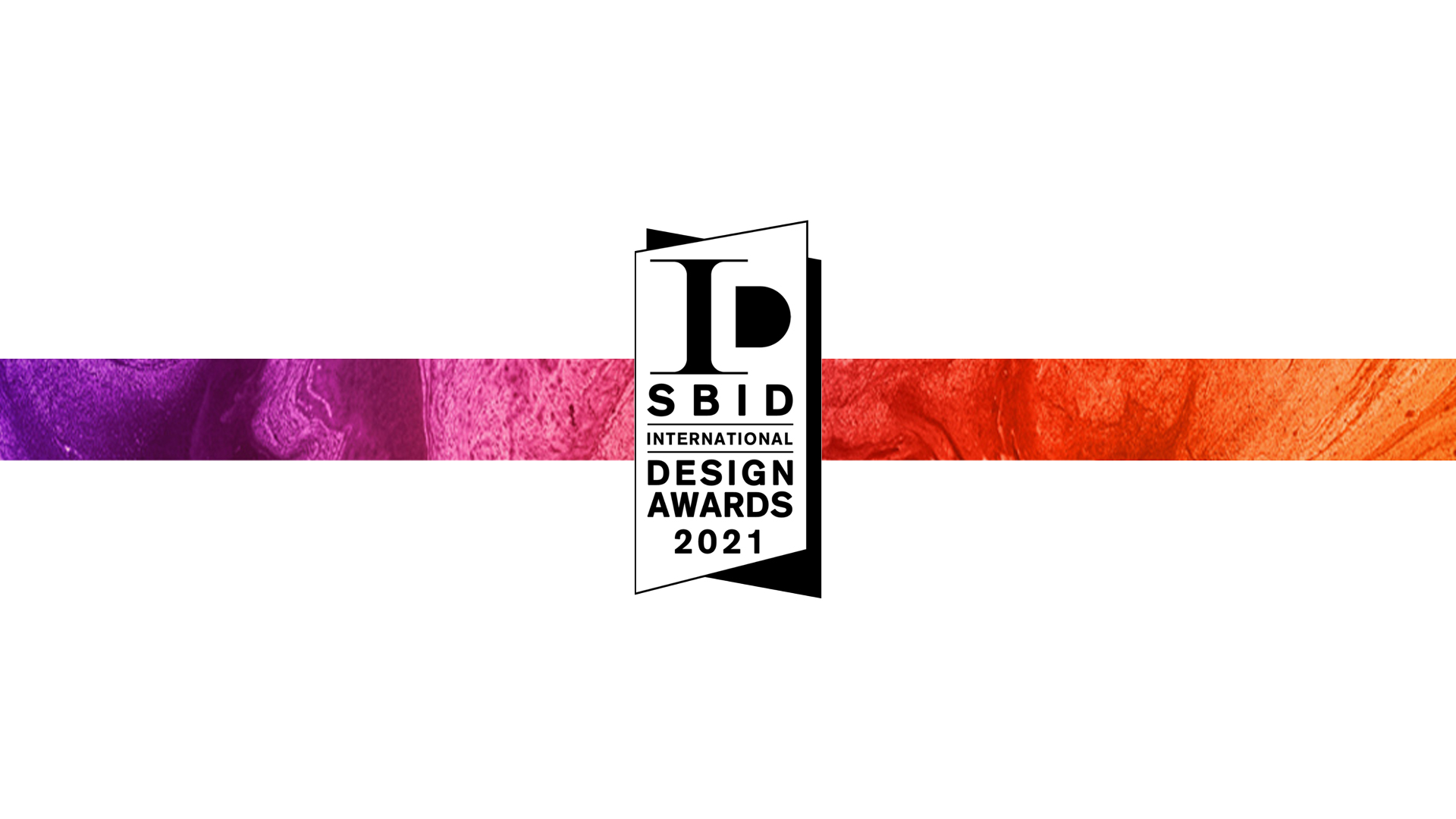 Firmly established as one of the most prestigious interior design awards in the global design calendar, the 2021 edition of the SBID International Design Awards is […] 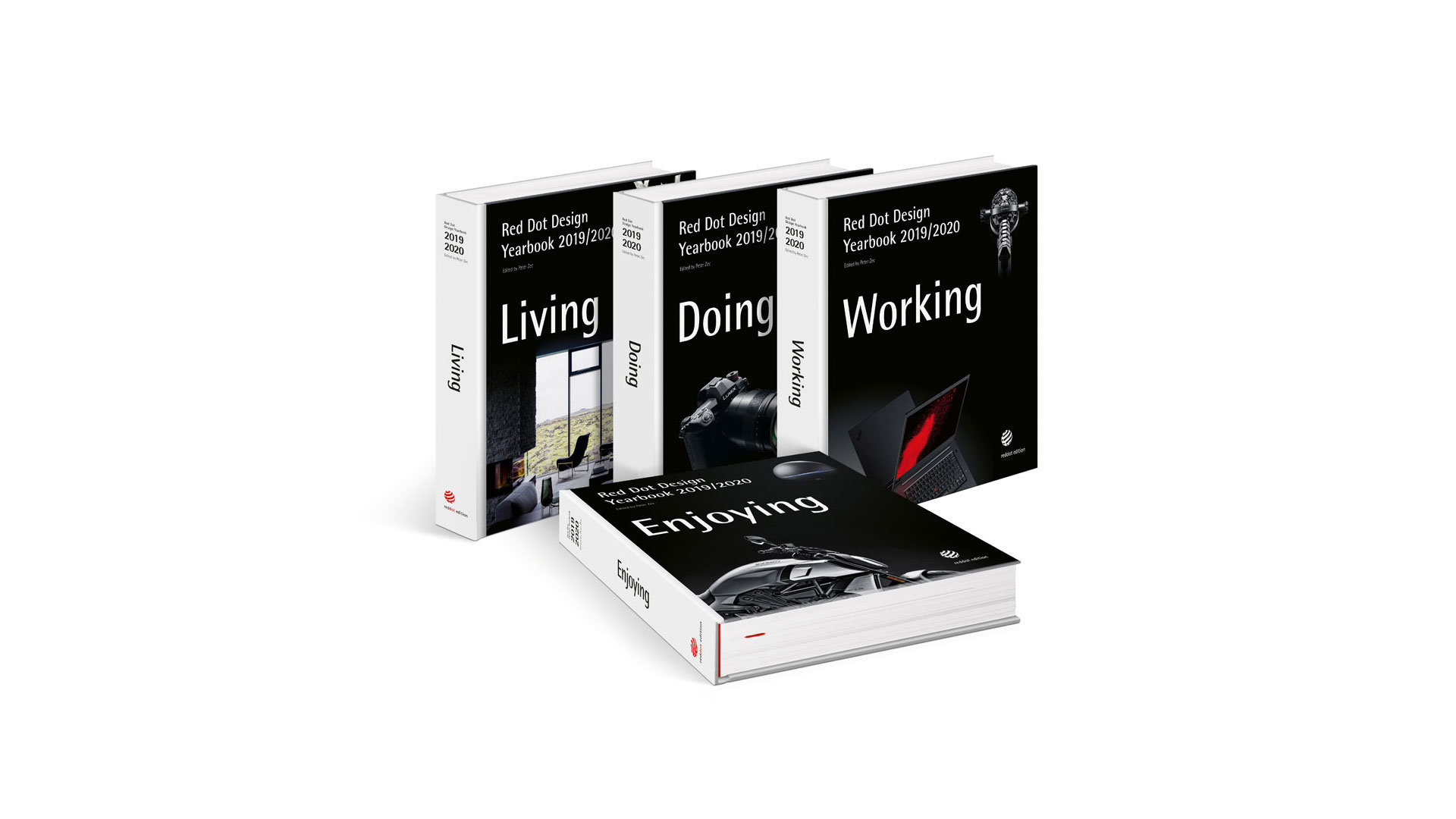 Spanning four volumes, year after year it documents the results of the Red Dot Award: Product Design, one of the world’s largest and most renowned design […] 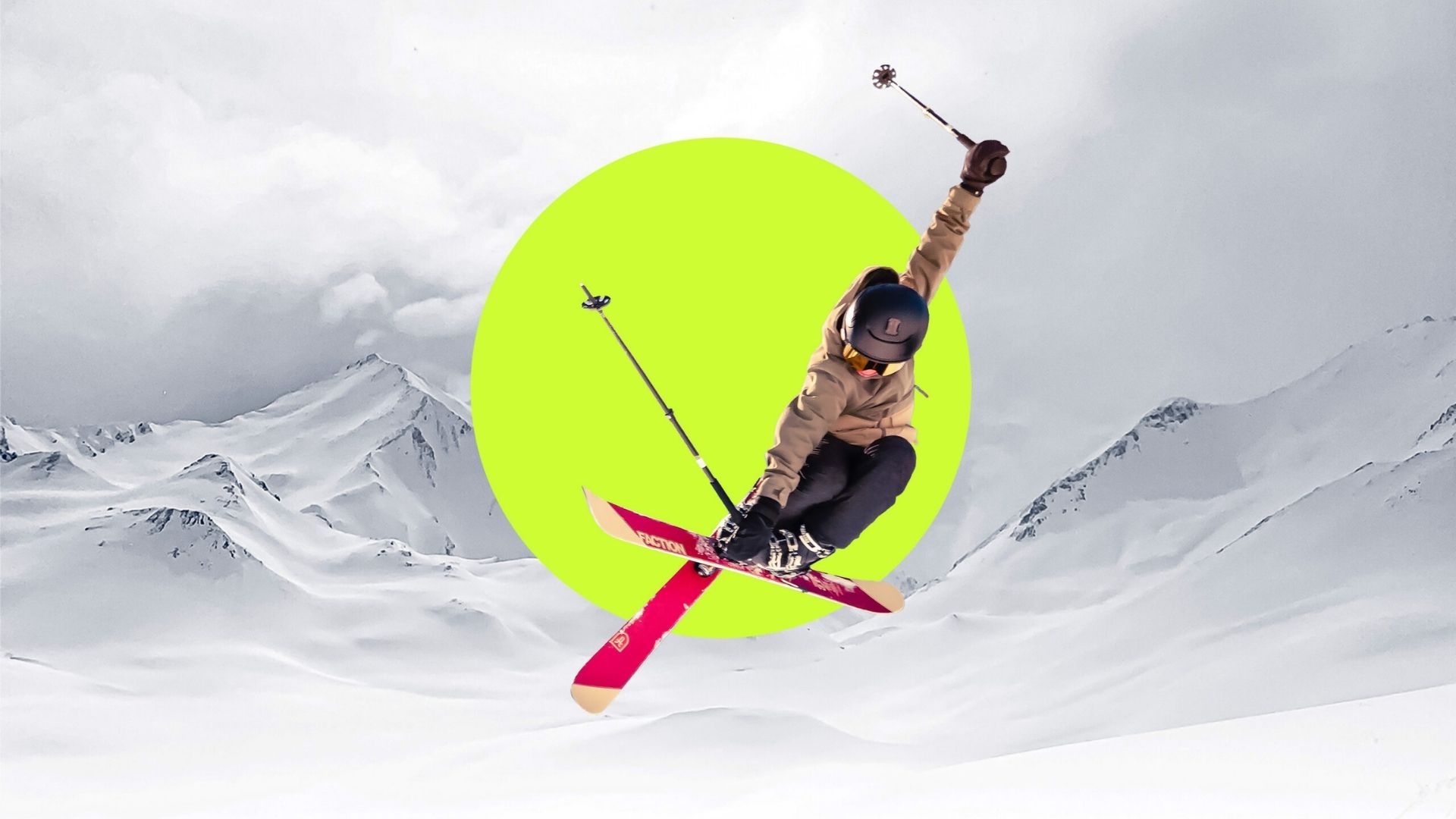 The FIT Sport Design Awards is the most comprehensive design competition dedicated to sports goods and apparel, integrating creativity, innovation, and performance. Accepting entries until December […]