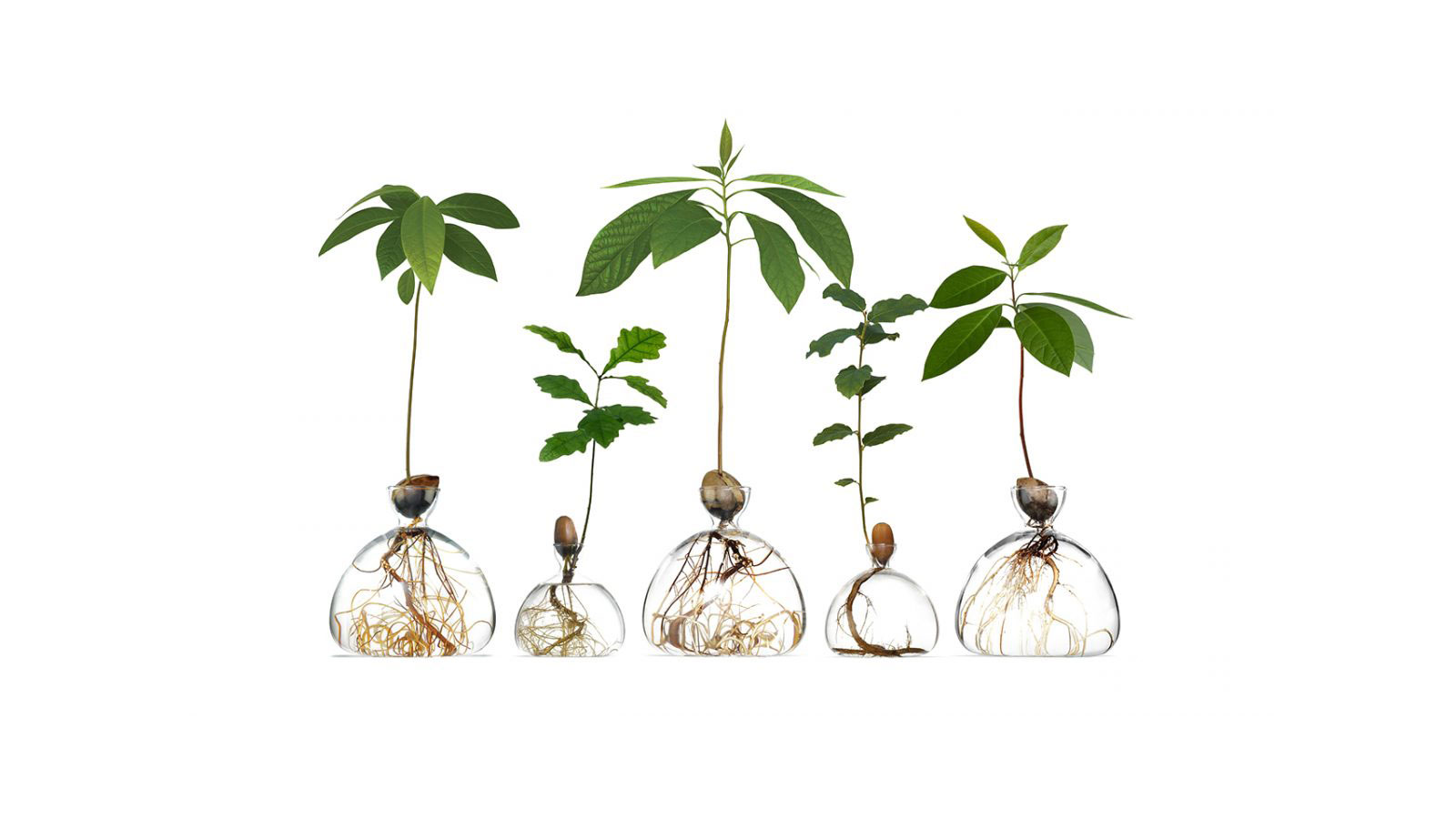 The best time to plant a tree was 20 years ago. The second best time is now. Ilex created a vase to fully appreciate the genesis of a tree.

80% of all world forests have already been destroyed. The climate crisis might very well be the biggest challenge humanity has ever faced but it not a hopeless case. A good first step in solving the mess is regaining passion, admiration, and love for nature. Ilex aspiration is to do just that.

Presented during London Design Fair 2019, the London based studio Ilex aims to get a closer experience of tree growth and ultimately create a closer relationship with nature.

The vases are designed to work like a magnifying glass, providing a zoom in and a more personal view of the roots as they grow. Also, by letting the roots hang freely during growth, they are allowed to sprout stronger.

Avocados are great and an avocado’s life should not come to an end after eating one. Just save the seed, place it on the Ilex avocado vase and watch it come back to life.

The regrowth of avocados became trendy a few years back, using a technique where toothpicks are used to hover the seed above a water bowl. Ilex refined the technique and made it a two-step experience: first, fill the vase with clean water, second, place a seed on the vase neck. That’s it.

Besides giving an insight into the plants’ first stages of life, the Ilex vase constitutes a beautiful, timeless and minimal design, fitting to any home or garden.

Ilex produces two vase models, the latest Avocado Vase and the studio’s first project, the Acorn Vase which allows you to witness a simple acorn grow into a magnificent oak tree. The oakling, a young oak tree, can thrive for up to one year in the vase, receiving essential nutrients from the acorn.

The project is perfect for tree lovers, curious children as well as design enthusiasts or urban dwellers. Ilex brings the incredible fascination of nature into the home and more trees for future generations.

“The creation of a thousand forests is in one acorn.”