Another great edition of Isola Design District is coming! 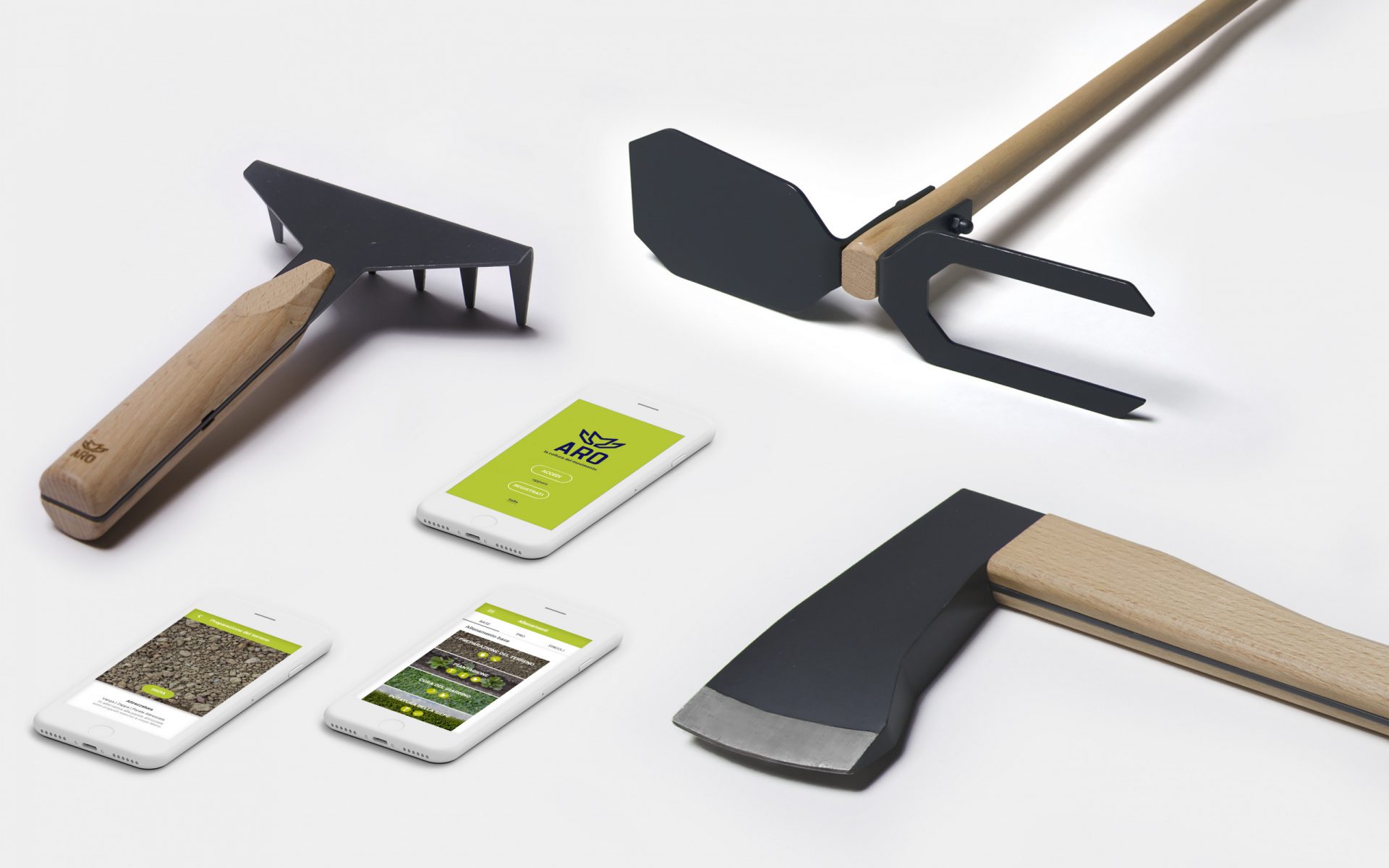 Milan Design Week – Exhibitions, installations, workshops and events from the 17th to the 22nd April.

After the great success of the first edition, Isola Design District will be back within the frame of the Milan Design Week: young designers, artisans and emerging brands will be part of the Isola neighbourhood with exhibitions, installations, workshops and events from the 17th to the 22nd April.

Also this year, the district will be characterized by a strong international presence, thanks to the adhesion of designers coming from all over the world. To act as a glue among the expositions will be the theme, defined in two words, Rethinking Materials.

The goal of the organization is indeed to showcase projects that have highlighted the versatility of certain materials: using them for the first time in this field, with an application different from the traditional one or in projects with a focus on environmental sustainability.

Compared to last year, local activities and symbolic places of the neighborhood involved will increase, expanding the district perimeter.

Stecca 3.0 will be the Headquarter, with the main info point and the press lounge dedicated to journalists, set up by RivaViva.

But not only that, it will also host Latinoamerican Contemporary Design, exhibition organized by eiDesign, with a collective of South American designers.

Fil rouge of for the 10 designers will be the fusion of design objects with identity and contemporaneity of each country, from Brazil to Ecuador, passing through Colombia and Mexico.

In the Headquarter there will be also numerous events and workshops that will involve, among others, artisans and inhabitants of the area.

In the shade of the Vertical Forest, visitors will also find a 3D Printed Playground, project by Caracol Studio, which proposes the live creation of a playground for children, whose components will be printed in 3D by a robotic arm during the entire duration of the Design Week.

To make the prints, the robot sinuously follows a path that derives from a particular parametric design process and uses 100% recycled and recyclable materials. 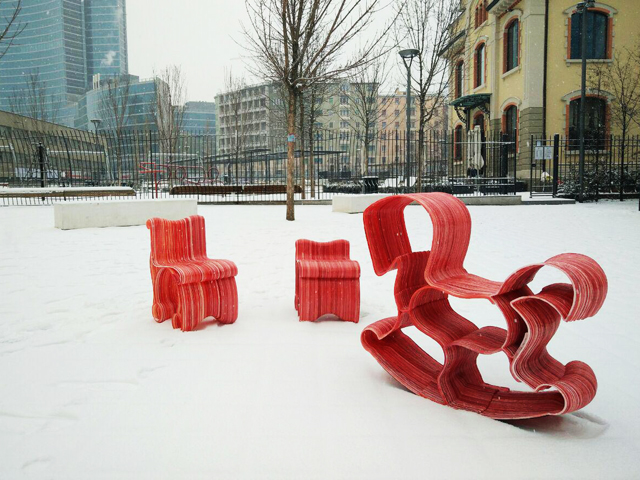 In the opposite corner of the neighbourhood, at Spazio Maraniello on Viale Stelvio 66, Brut, a group of six emerging designers from Belgium, will make his debut in Milan Design Week with Bold Movements & Emotions Beyond Functionality.

The components of the collective Ben Storms, Bram Vanderbeke, Cedric Etienne, Charlotte Jonckheer, Linde Freya Tangelder and Nel Verbeke chose coal as the main element of the exhibition, raw material – in close connection with the industrial history of Belgium – that will be used to create a landscape from which will emerge different levels and structures to present the individual works.

At Giuseppe Pero Gallery, on Via Porro Lambertenghi 3, visitors will find another collective, this time Italian-Brazilian: Giorgio Bonaguro, Ronald Scliar Sasson and Gustavo Martini, who just won the Next Generation Designer of the Year by Wallpaper * and Officine Panerai.

The three designers have decided to develop a common project of exhibition where their styles dialogue to tell different stories around a single precious material: marble.

The projects have been realized by Marimar srl with Savoia Marmi, important realities in the stone field, coordinated by AS.MA.VE. (Consorzio Marmisti Veronesi). 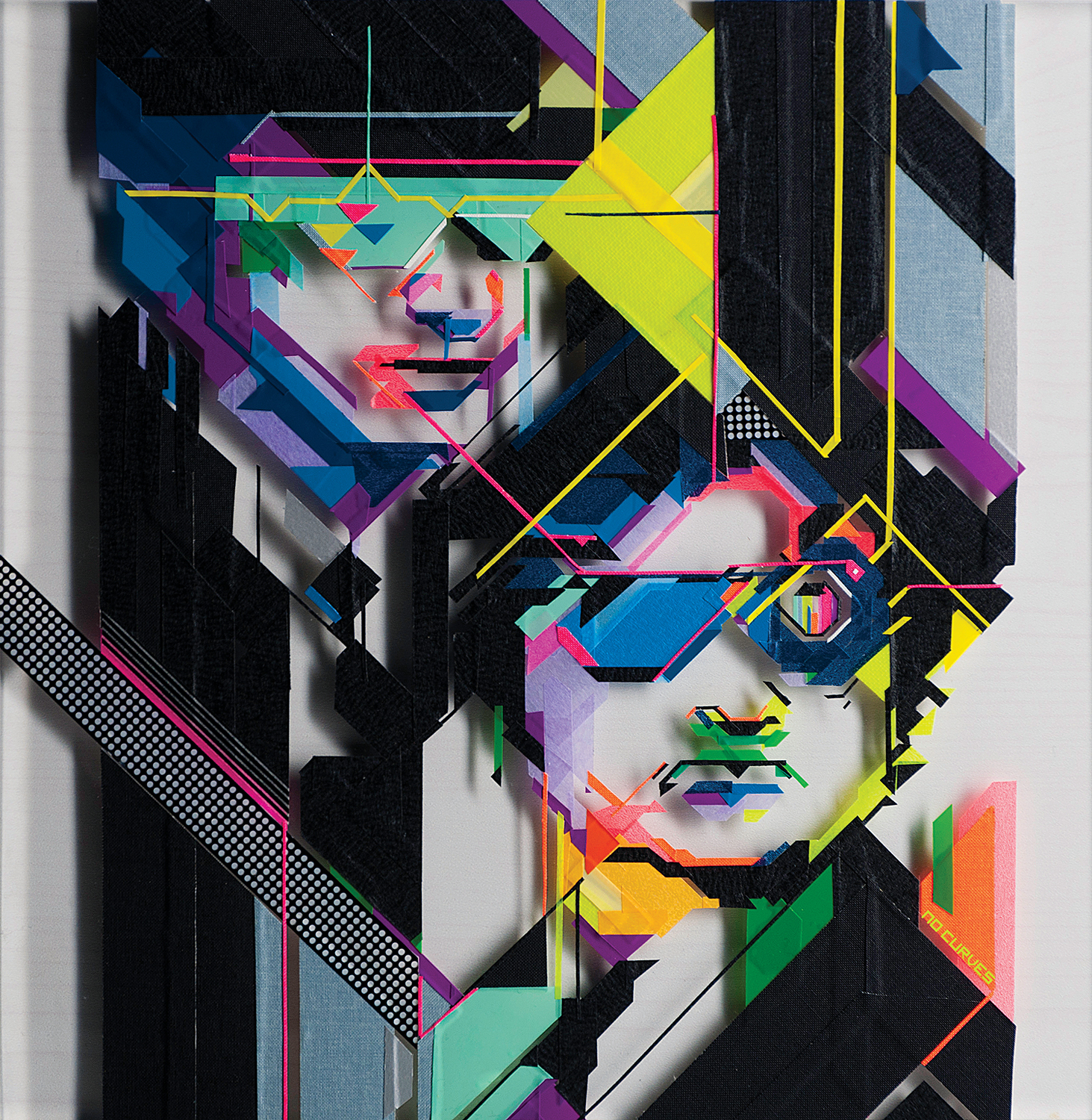 In the space at the ground floor of Frida, the Tuscan company Castellani Top Design will present a minimal and eclectic collection, but contaminated by color.

Maintaining the DNA that distinguishes them, that is the metal worked entirely by hand and connected through the characteristic “C” folding, will give life to the perfect union between art and design in partnership with the artist NO CURVES, who chose adhesive tape as a medium of expression, the only Italian exponent of Tape Art.

On the first floor, instead, the same company will furnish the preparation for the marketplace of GetaStand, a very young startup in Milan, with a careful selection of exhibitors and designer.

At Key Gallery on via Borsieri 12, the furniture brand ELITE TO BE, under the creative direction of Matteo Beraldi, will give life to CONVIVIUM, a new idea of conviviality inspired by the transformations of society and future hybrid living contexts.

Three different scenarios are represented, ideally located in three distinct geographical contexts: Milan, London and Hong Kong. Each environment will be the place of a specific moment shared between people, lived in their own home.

Table will be the protagonist of each scene, around which a section of conviviality will be photographed.

The common thread of the whole installation will be wine, which will join the three different geographical contexts and will mark the moments of the day that will be represented. 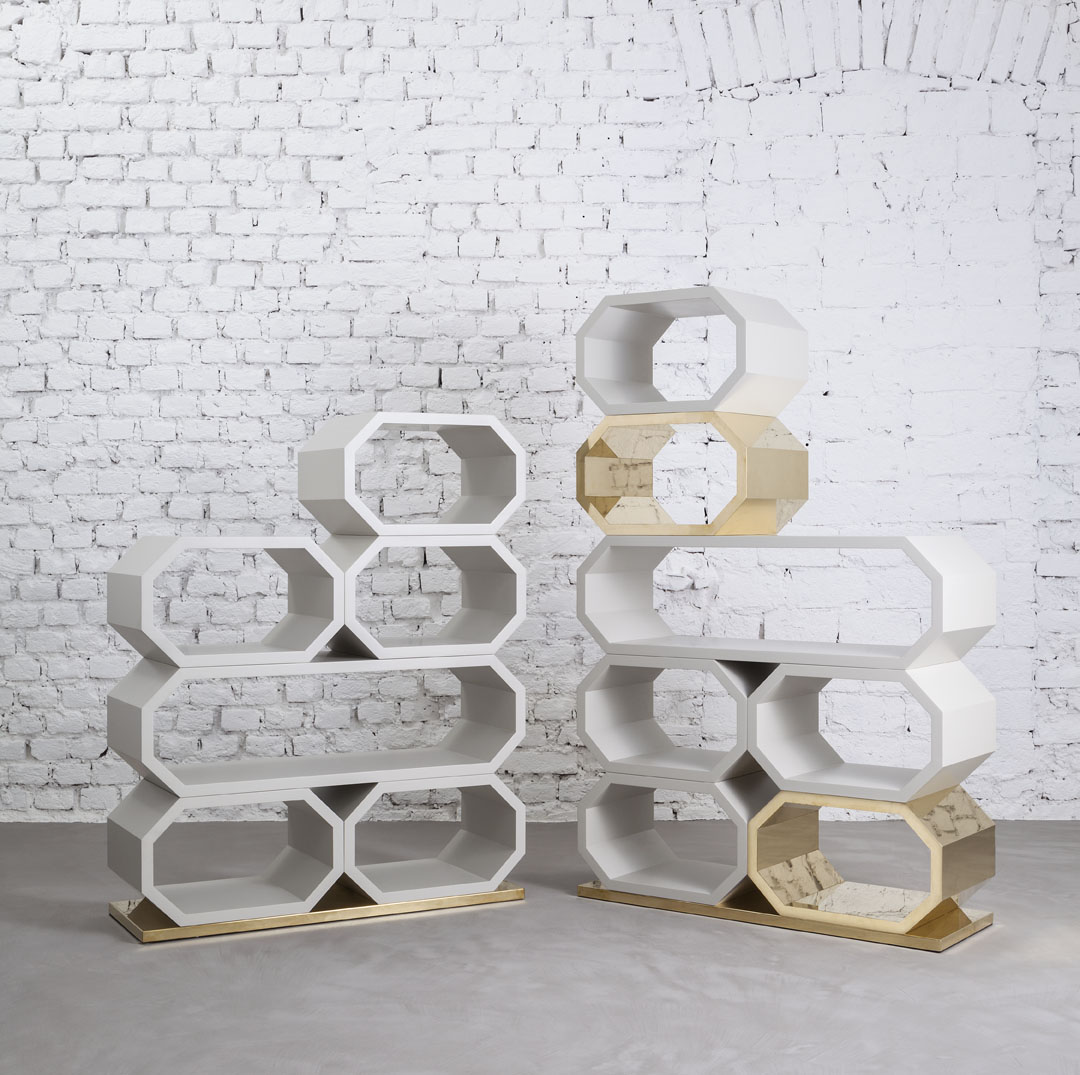 Among the new entries in the district there is the German interior designer Myriam Kuehne Rauner in her new space “Angelo della Pergola 1“, an ex car repair shop turned into design gallery, where she exhibits her creations signed m2kr and also hosts the projects of other designers.

The designer’s leitmotif is Functional Aesthetics, with which she invites people to participate in the transformation of objects, discovering the various functionality, but without changing their original aesthetics.

At NVK showroom on Via Cola Montano 6, handmade perfectly expresses itself thanks to the new NVK Daydoll collection by Natasha Calandrino Van Kleef displayed together with the one of the designer Francesca Caltabiano.

At Spazio RivaViva, in addition to the exclusive woodwork furniture designed by the historical brand, the furniture created by the designers of “Scuola di Sarajevo“- signed by characters such as Salih Teskeredzic and Mustafa Cohadizic – will challenge for the first “RivaViva Eco Awards“, a prize to assign to the best ecological furniture. An event where design, health and sustainability are put into competition.

On via Thaon di Revel 10, [1 + 2 = 8], which has already been one of the protagonists last year with a limited edition of minimal design lamps, will present as a preview for Milan Design Week a new collection of intelligent items: coin tray that load smartphones, striped glasses to increase the surface of wine and led bars that, like by magic, reconcile the sleep of plants. 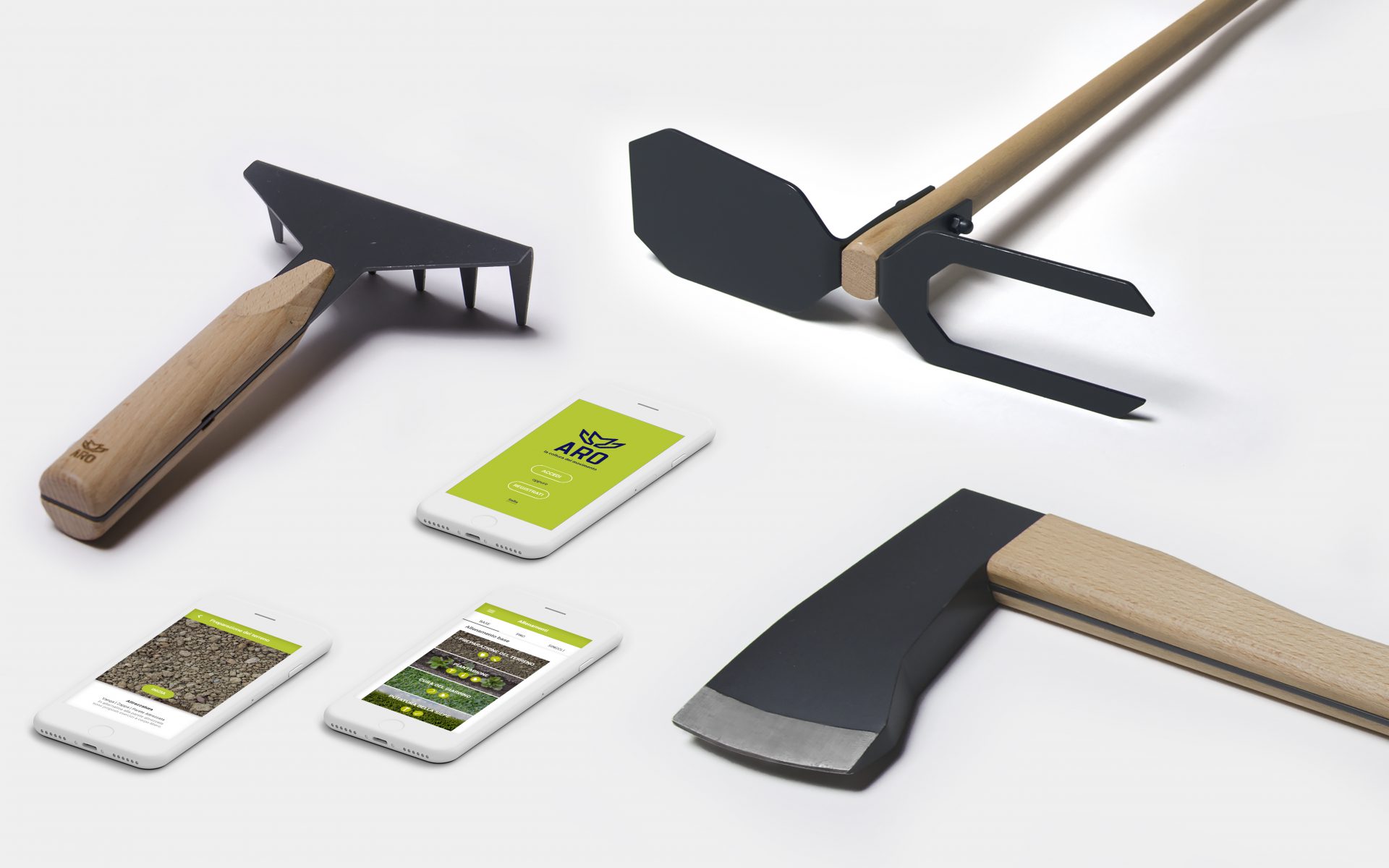 Among the confirmations compared to 2017 we also find Source, which this year will be in a new location, ZonaK, on Via Spalato 11.

Here Source will present Lovely Waste, an exhibitive event on circular economy, sustainability (product and process) and technology, which will have as main protagonist a project on the recovery of waste production developed by designers Francesco Fusillo, Alberto Ghirardello, Filippo Protasoni and Sebastiano Tonelli for the Tuscan company WooClass, manufacturer of wood glasses.

The four designers, coordinated by Source team, have questioned and compared on how to suggest new development prospects through the use of materials (wood, metal, leather) otherwise destined to be destroyed.

Among the main events of the week there will be the third edition of the Milan Design Market.

The event will take place within Gianni Rizzotti Photographic Studio, a 400 square meters loft on via Pastrengo 14, with a new format.

There will be a Pop-Up Concept Store, where products have been carefully selected among those of over 1,000 designer candidates. Visitors will be able to discover the works of emerging designers coming from all of the parts of the world and even buy them from a central cashier desk.

Furthermore there will be 5 areas dedicated to startups and design studios, for a total of almost 100 projects exhibited between interior design and furnishing accessories.

The layout of the space – set up by creative director Elif Resitoglu – wants to recreate “Imaginary Landscapes” that will involve the visitor inside industrial architectural environments, thanks to the 1:1 scale prints made by the Dutch architect and designer Sven Jansse, which will be used as backdrops for the products displayed.

There will be in addition a Design Bar set up by the designer Federica Cristaudo and managed in collaboration with La Ribalta Brewery and INK EAT.

Inside the courtyard of Via Pastrengo 14, in the YoRoom events hall, you’ll also find Kensaku Oshiro, a Japanese designer selected by architect Piero Lissoni for the Rising Talent Awards Italy of Maison & Object.

His chairs and those of MUT will be exhibited by e’interiors, a furniture company based in Tokyo, along with projects by Victor Carrasco, Tomoya Tabuchi and Tomoyuki Sakakida.

Another confirmation is Dutch Invertuals at Spazio O’, a former artist’s residence which has become a non-profit organization promoting events and artistic performances.

Giovanni Bonelli Gallery, on via Luigi Porro Lambertenghi 6, in collaboration with Nero Design, hosts Gianni Pettena and Duccio Maria Gambi, for a project where design objects interact with photographs, videos and much more.

As for the past edition, there will be many artisans of the neighborhood that will open the doors of their laboratories to visitors, such as Pietro Algranti and Simona Colombini, who have made of “rethinking materials” a work philosophy.

Evergreen library. Evergreen tables, on the other hand, are the installations designed by Simone Ugolini. A small green ecosystem that furnishes home and office in the form of a bookcase or table. Made of iron and wood, rigorously handmade by Pervinca Progetti, they will be displayed in the District Headquarter. 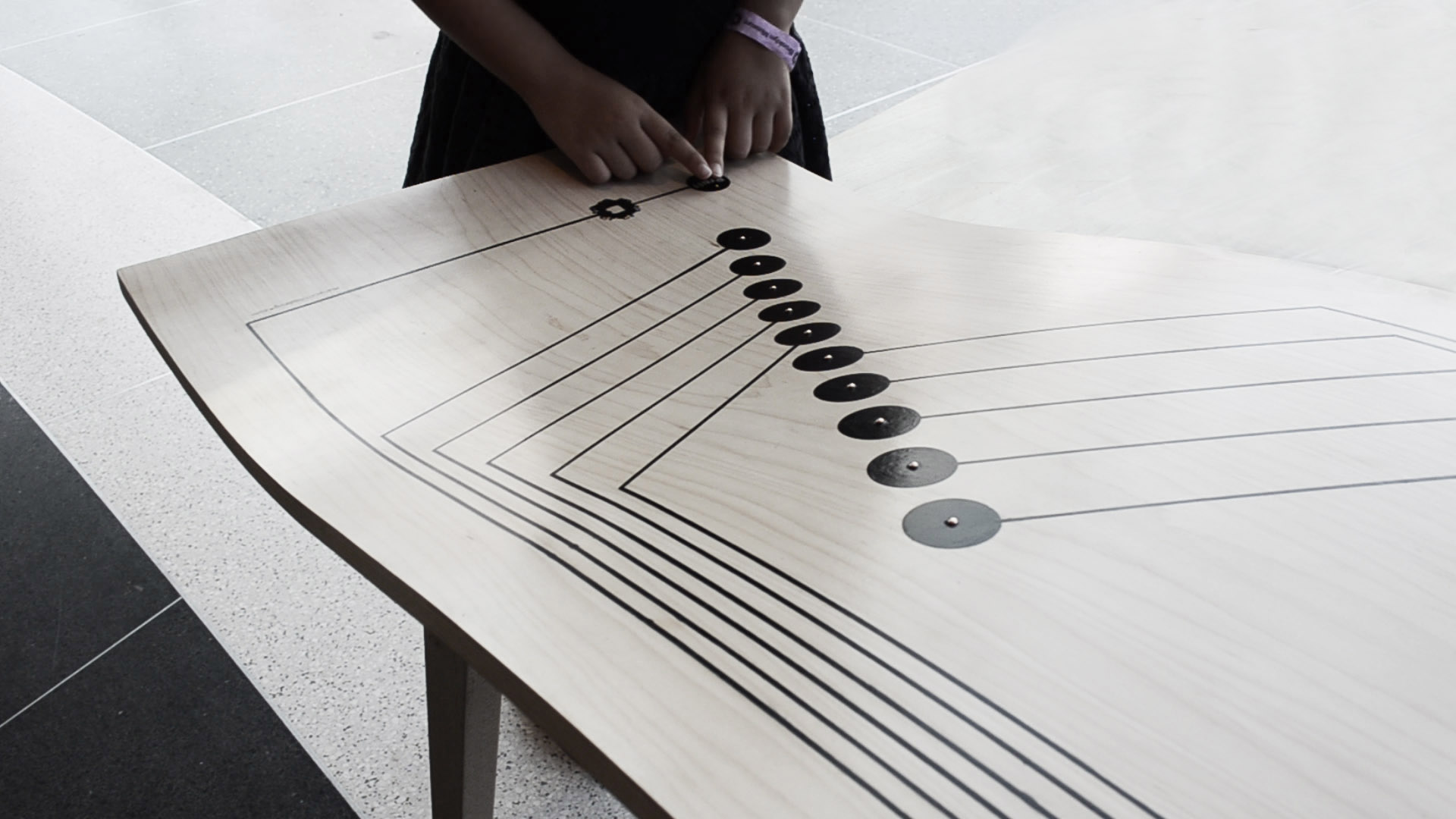 During that days, also public spaces of the neighbourhood will host projects and installations. Among the protagonists in this sense there will be Stefano Rossetti, founder of the creative agency Pepe NyMi, who will present “Milan col coeur in man”, a series of urban installations inspired by the theme of hospitality and integration.

Another installation will be the one signed by Marco Williams Fagioli, award-winning designer and creative director of Zup Design, the design studio that has worked on the rebranding of Isola Design District.

So many commercial activities in the neighbourhood will welcome emerging designers, to complete a journey that wants the District to be known by the lovers of design.

These include the new patisserie, Cherry Pit, a meeting place for those who like to get lost in chatter tasting pastry products, innovative in the shapes and combinations of flavors.

Here there will be on display the Dining Toys by Roxanne Brennen, the French designer who has created by hand a tableware collection, proposing a new way to live the table, more sensual and intimate.

Moreover, restaurants and cocktail bars will have a dedicated channel, Isola Food District, to offer visitors an accurate guide to the best places of Isola where to take a break while visiting the exhibitions. 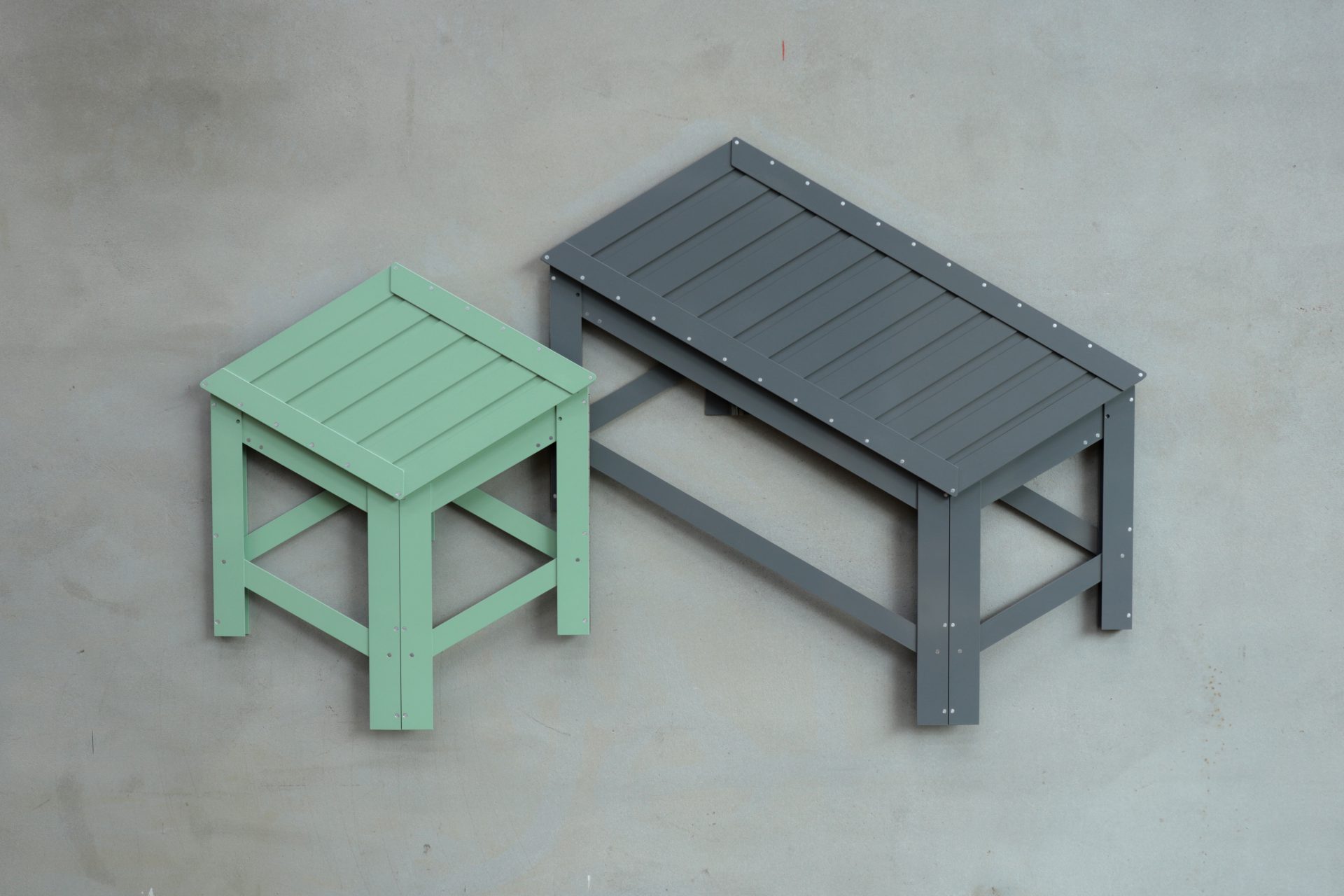 Sponsors of Isola Design District, this year, will be design companies but not only.

The former are two leading companies in the urban furniture market HELIOS ARREDO URBANO and VASART URBAN DESIGN which, assisted by Antonio Lanzillo & Partners, will present, in the public space next to Stecca 3.0, URBAN CLUB: a contemporary collection of furniture for public spaces.

Glimpses of German Design Trends is instead the project conceived by the Italian-German chamber of trade, which will use a container as an exhibition area for present design objects projected and created by young German talents.

Also Arjowiggins ‘Creative Papers’, producer and world leader in the field of creative supports, which offers the widest range of eco-sustainable natural papers with innovative features, will sponsor the District. Some of these will be used for maps and guides of this second edition.