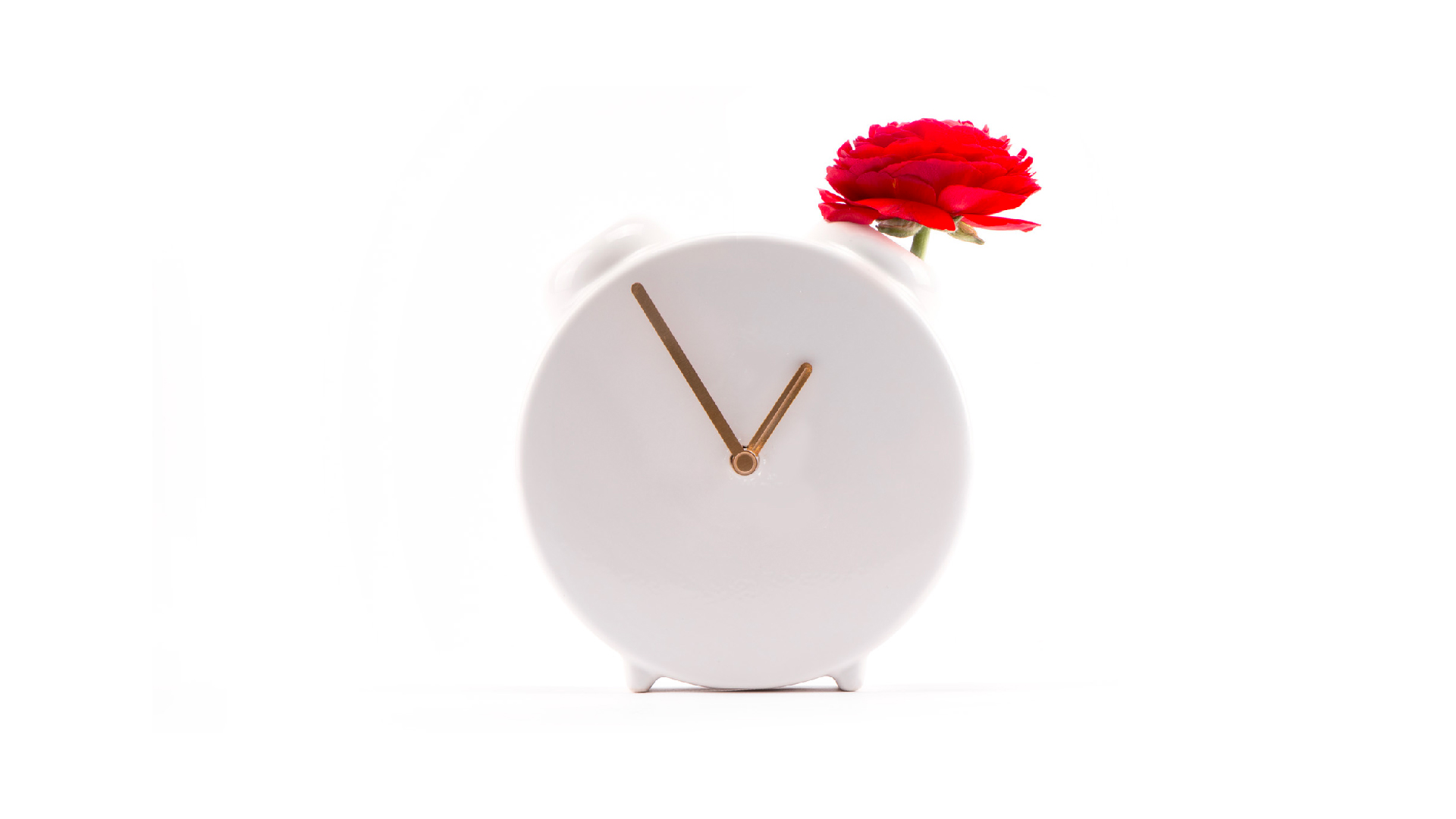 “I believe that artistry happens in the invisible space; between the object and its user. Well designed ‘space’ builds relation” says, Jaro Kose who designed this minimal and pretty clock.

Jaro Kose is an industrial and interior designer from Amsterdam, the Netherlands. The source of his inspiration, time, can be perceived in two divergent ways: One theory is defining time as a circle while the second is describing it as a line.

Philosophers cannot decide which rationale is more accurate and to leave us even more confused, they endorse them both.

This concept has however been approached by designer Jaro Kose, who has gracefully bridged the theories with a simple yet poetic object; The Clock Vase.
By intertwining a clock with a vase, Kose portrays the importance of quality time. Whilst a clock face may allude us to consider time as infinite, the floral additions act as a reminder that it is not always the case.

“Imagine you are locked in a windowless room.
All you have is a clock.
You cannot see more than 12 hours constantly repeating their path.
Instead, imagine a flower there.
Now you see the fragility of time.”  – Jaro Kose.

Crafted using a ceramic core and featuring gold-plated clock hands, the Clock Vase appearance combines traditional shapes with a modern minimalist design that has able us to see the “circle of time” and the “timeline” in one charming object.

“It’s an effortless combination of the clock and vase – both are totally functional and combine in a way that you cannot decide if it is more a clock or a vase – it’s clock-vase!”

In every project, the aim is to combine functionality with innovative ideas; to transform everyday objects into a creation that challenges the conventional views and archetypes.
With a love of stories behind his work the tale of the clock-vase, as well as most of his work, is the reflection of our relationship with objects.

“Imagine you have an emotional relationship with an object (perhaps someone gave it to you) when it is broken you will try to repair it. When it reaches the end of its lifetime, you will try and buy another or look at the same company/designer.”

The modern simplicity of his designs derives from an undertone in which the designer follows; “One thought = one design.
Designs shouldn’t be overthought. Some designers are putting too many ideas into one design and forget that the message should be simple.
Good design should talk to you without an explanation.”