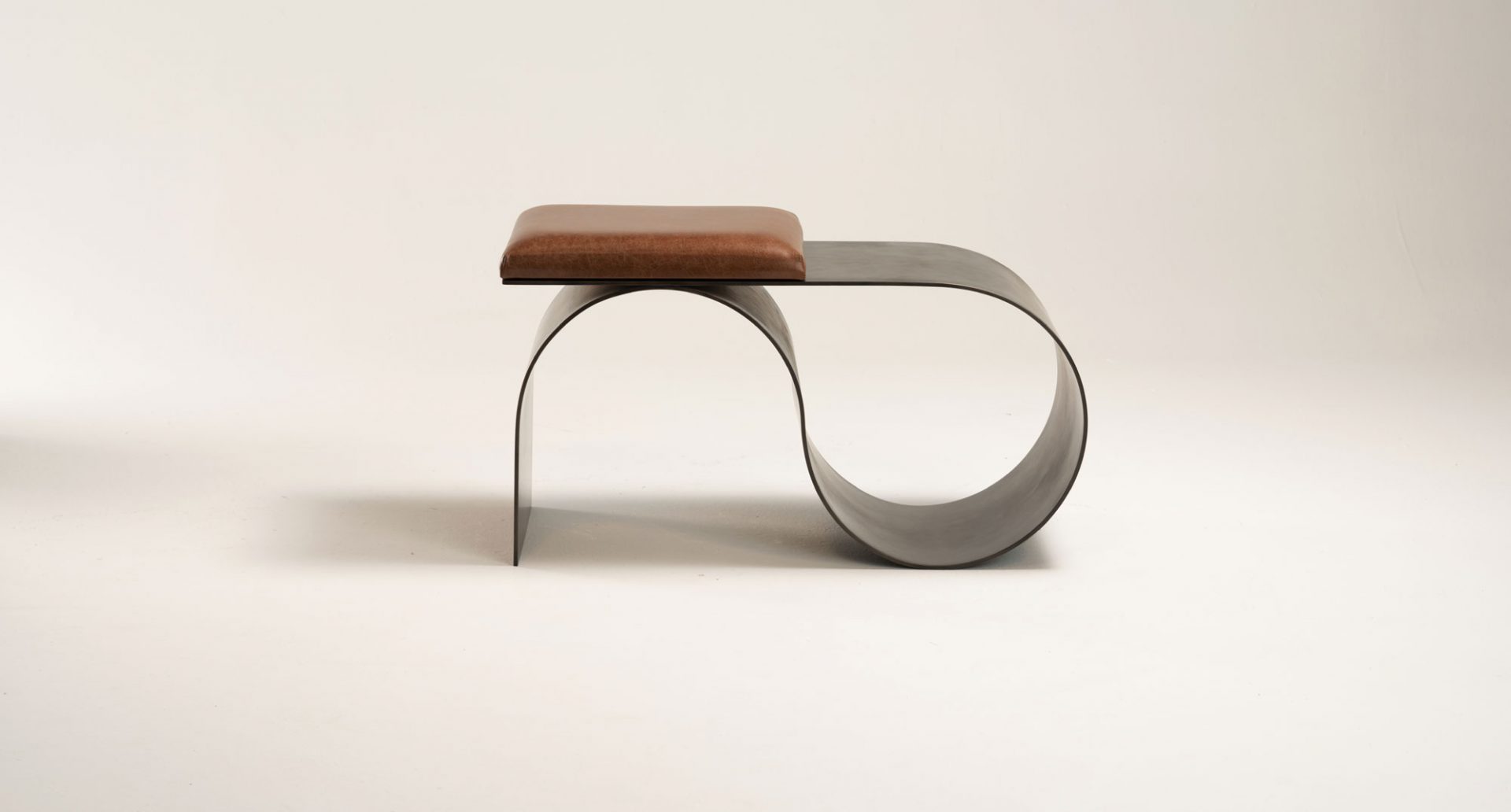 Blurring the line between furniture and sculpture, Jason Mizrahi’s designs are compositions in minimal and fluid forms, defined by proportion, and unrestrained by convention.

Jason Mizrahi is a designer of contemporary furniture. He was born and raised in Los Angeles, California. After receiving his degree in Architecture from Pratt Institute in New York, Jason returned to Los Angeles and founded his design studio.

His pieces embody a collective balance of timeless elements rooted in art, architecture, and fashion. Jason’s exploration of new manufacturing techniques pushes the limits of materials to form unexpected shapes. His designs express the dialog between positive and negative space to yield forms that are graceful and, ultimately, timeless.

The new collection is an evolution of Jason’s architectural aesthetic through geometric shapes, now rendered in functional accent pieces. Known for his sculptural limited edition furniture, Jason has applied his signature forms to express movement in every- day pieces. The furniture is all hand made in Los Angeles.

First in the collection is Sia, a versatile piece that is available as an accent table and as a bench. The table has a black powder coat with contrasting trim at its base. The bench comes in a satin bronze finish with a sumptuous leather seat in cognac. Sia’s fluid, circular lines move it beyond its functional principle and elevate it to a sculpture.

The Trapeze table is a design that balances a circular platform on top of a trapezoid column, seemingly sitting on its edge. The pairing creates a visual tension that is heightened by the slim profile of the top. The design points forward, suggesting movement. The table is available in 2 different heights and can be paired together for a visual statement.

Cadoro stools explore “the space between”, in this case, the negative space under architectural arches, including an abstraction of a pointed form, with Cadoro Punto. The interplay between blocks of matte and glossy black with a caramel module adds polish to a sleek design.

The stools extend the visual vocabulary of the Anabelle chair. Covered in warm velvet fabric in dramatic blocks of mauve and caramel, Anabelle has a generously scaled, mod-inspired silhouette. Anabelle will be exhibited for the first time outside of the US.