His creations, perfectly choreographed, are a feast for the eyes as well as the ears 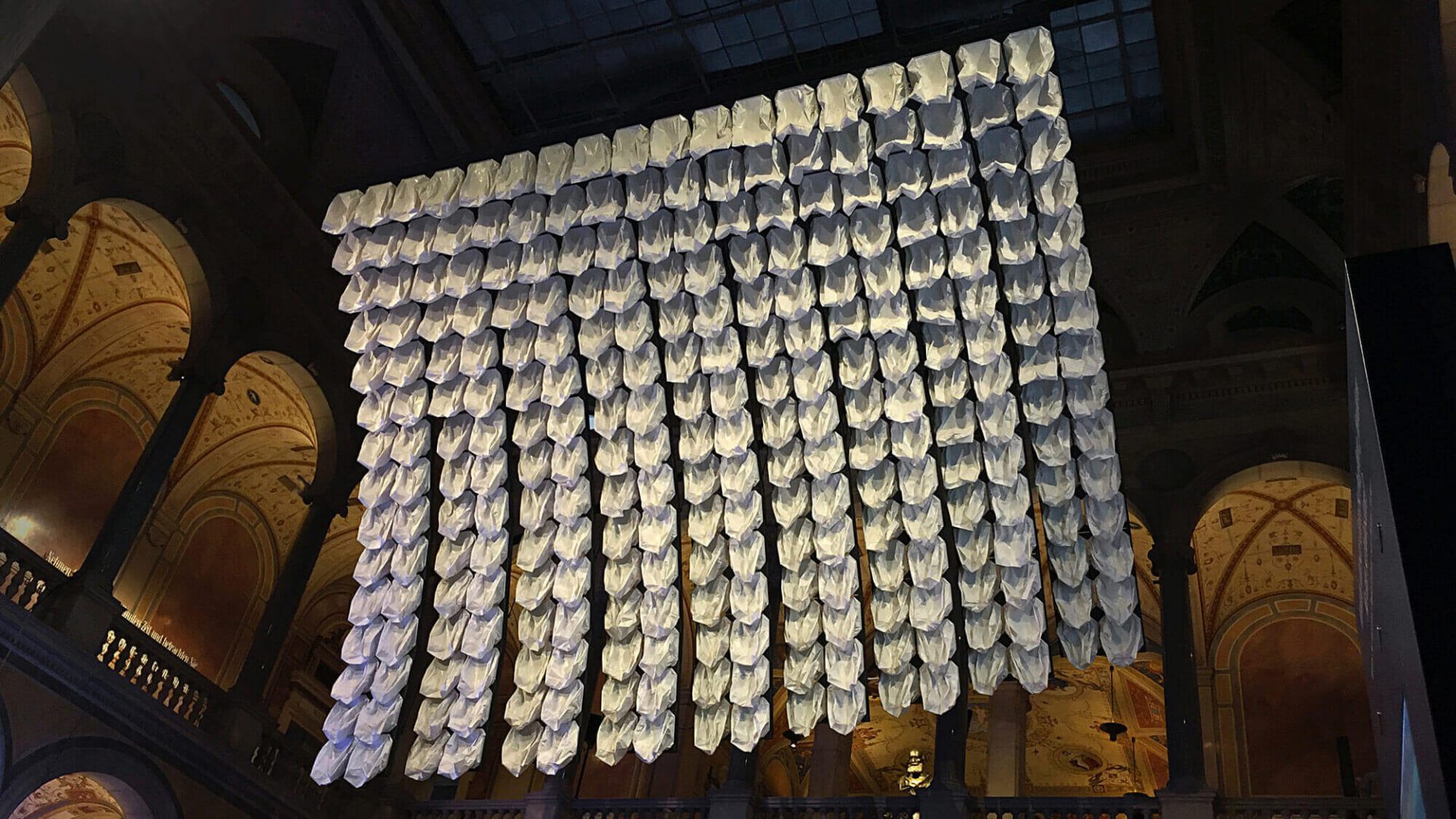 The Mechanical Art Devices gallery in the old town of Geneva is MB&F’s gift to kinetic art enthusiasts.

Inside the museums that Maximilian Büsser & his friends have been opening since 2011 in the Swiss city, in Taipei and more recently in Dubai, the complete range of MB&F Horological Machines and Legacy Machines is safeguarded in good company.

The Creators – as they like to call them – are artists from all over the world, kinetics specialists, designers and sculptors invited to M.A.D. Gallery to play their kind of magic with their own specific tools.

Along with MB&F wonders, installations and temporary exhibitions of carefully curated pieces are showcased as Mechanical Art Devices.

Just in time for holiday season, MB&F presents Fuchsia, Orange and Royal Blue, a visual feast created with the popular honeycomb ornamentation, an item commonly used to decorate for parties that represents the main character of the first-ever ‘human-sized’ kinetic art series of Nils Völker.

Based in Berlin, in 2010 Völker started focusing as an artist on physical computing and media art, working later on inventing compositions that merge mechanics and technology with everyday objects.

Völker excels at bringing ordinary items to breathing or dancing life in perfectly choreographed performances, as in this collection that features three animated work of art in the three different colours of the title itself.

Fuchsia is a series of five raindrop-shaped paper honeycomb fans in a single line, creating a striking visual on a long table. 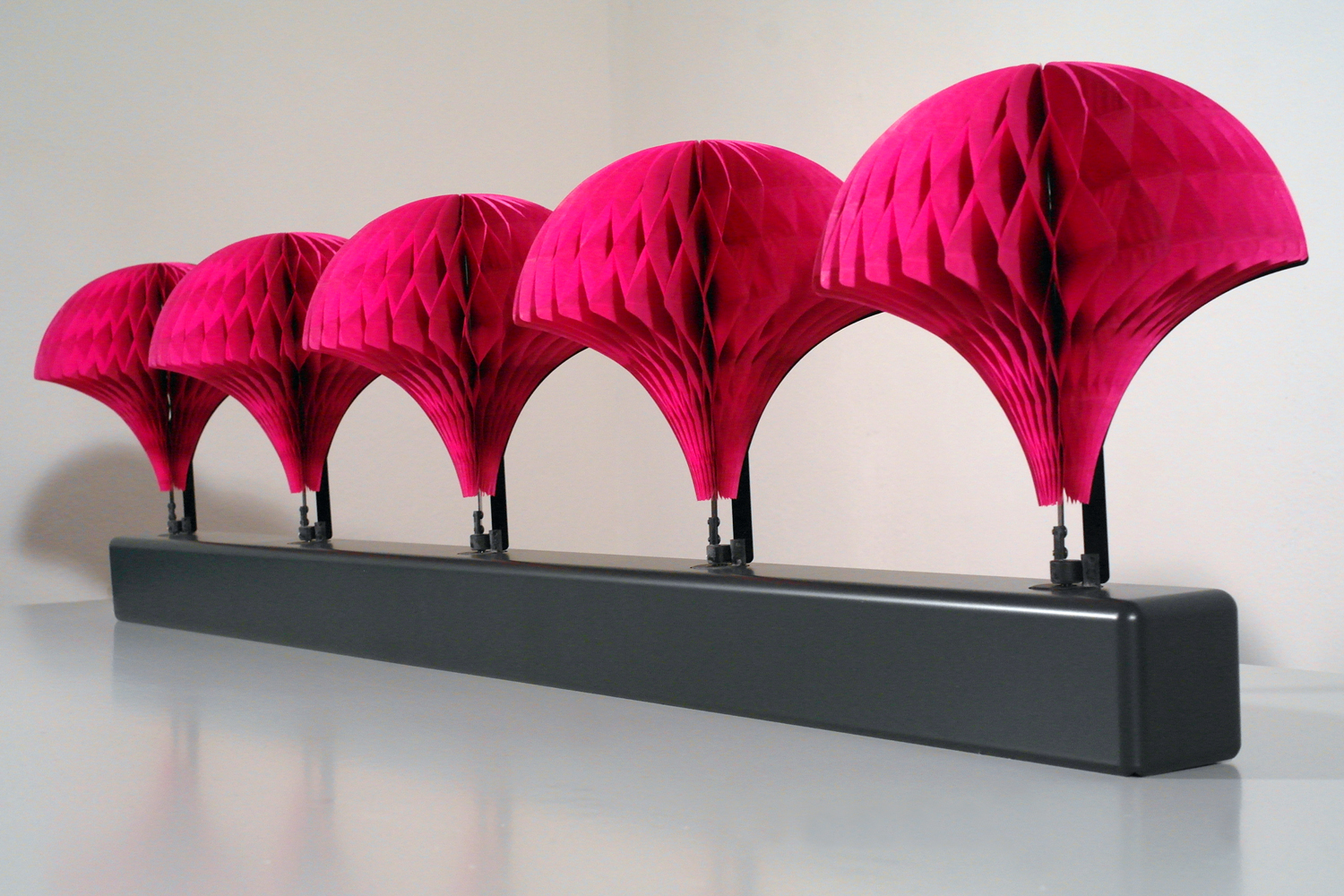 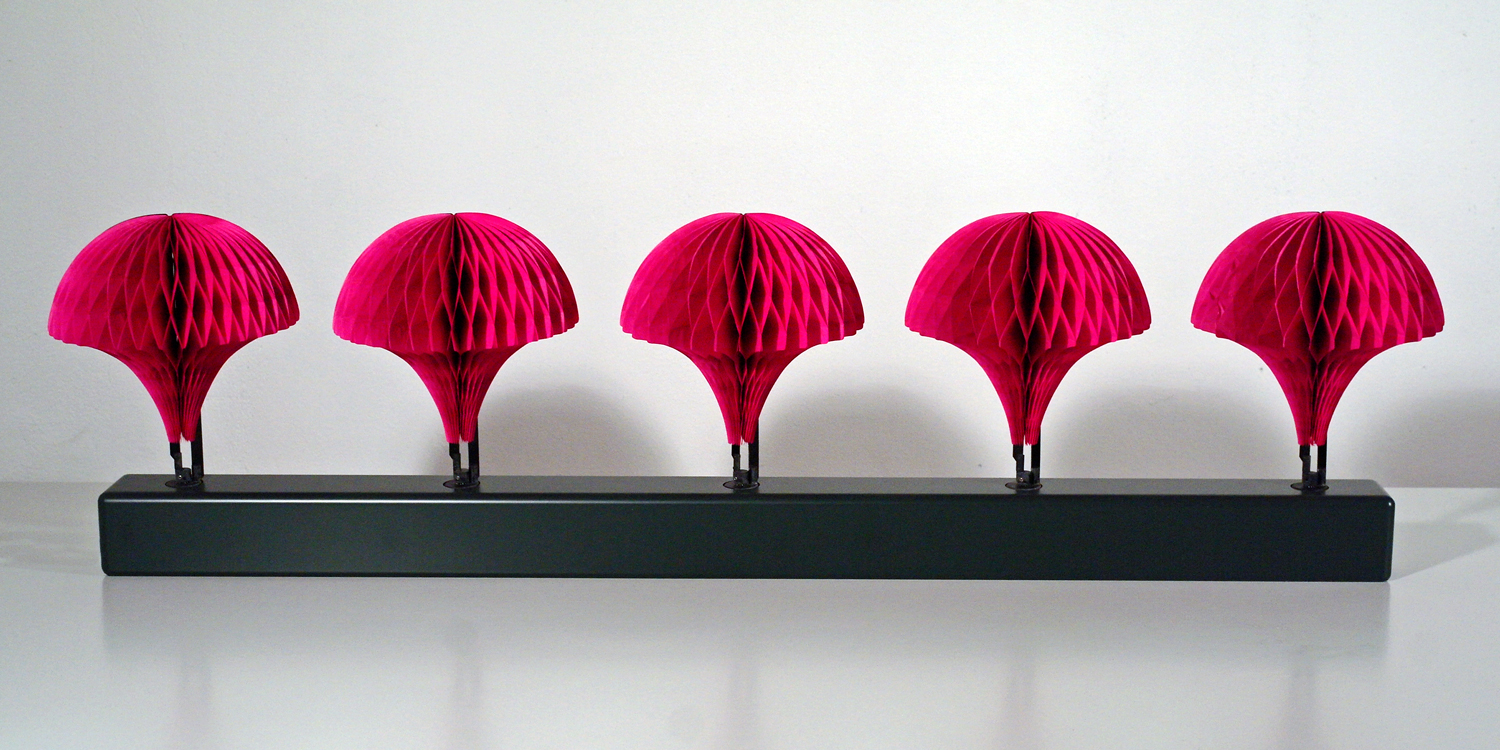 Orange is a set of four brilliant tangerine-coloured paper honeycomb anchored on a square base. 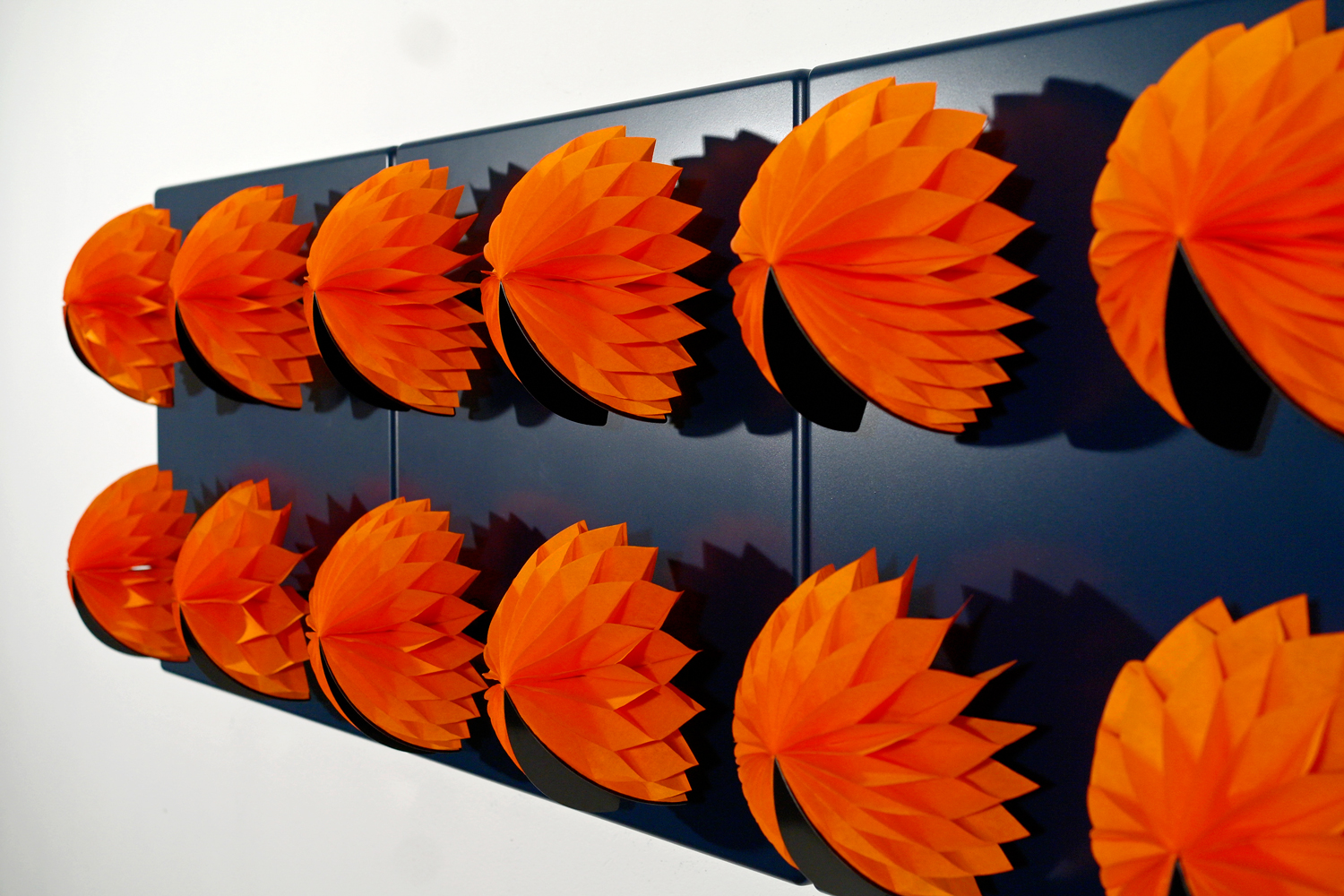 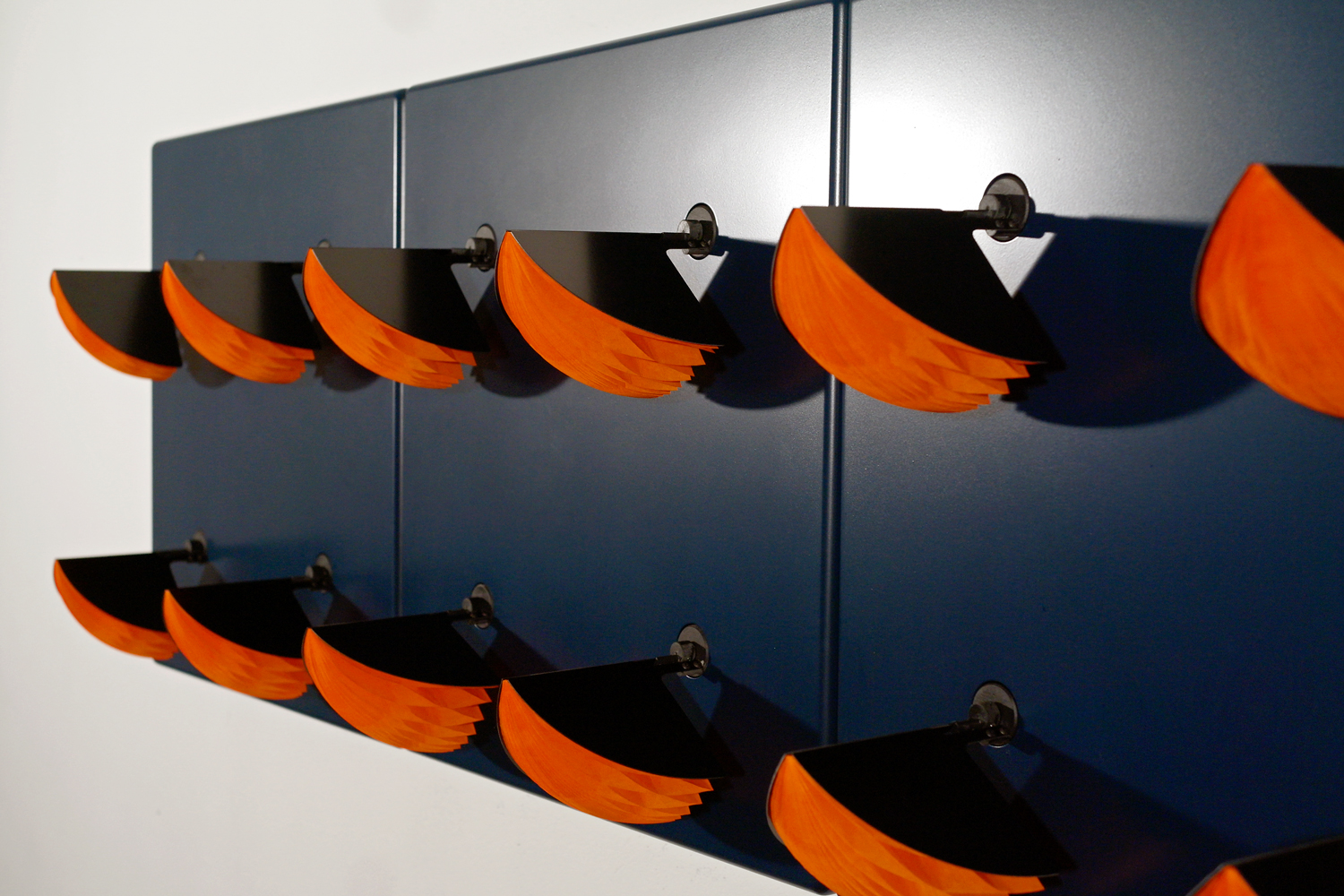 And Royal Blue features 16 circular fans in a vibrant cobalt dancing on a square frame. 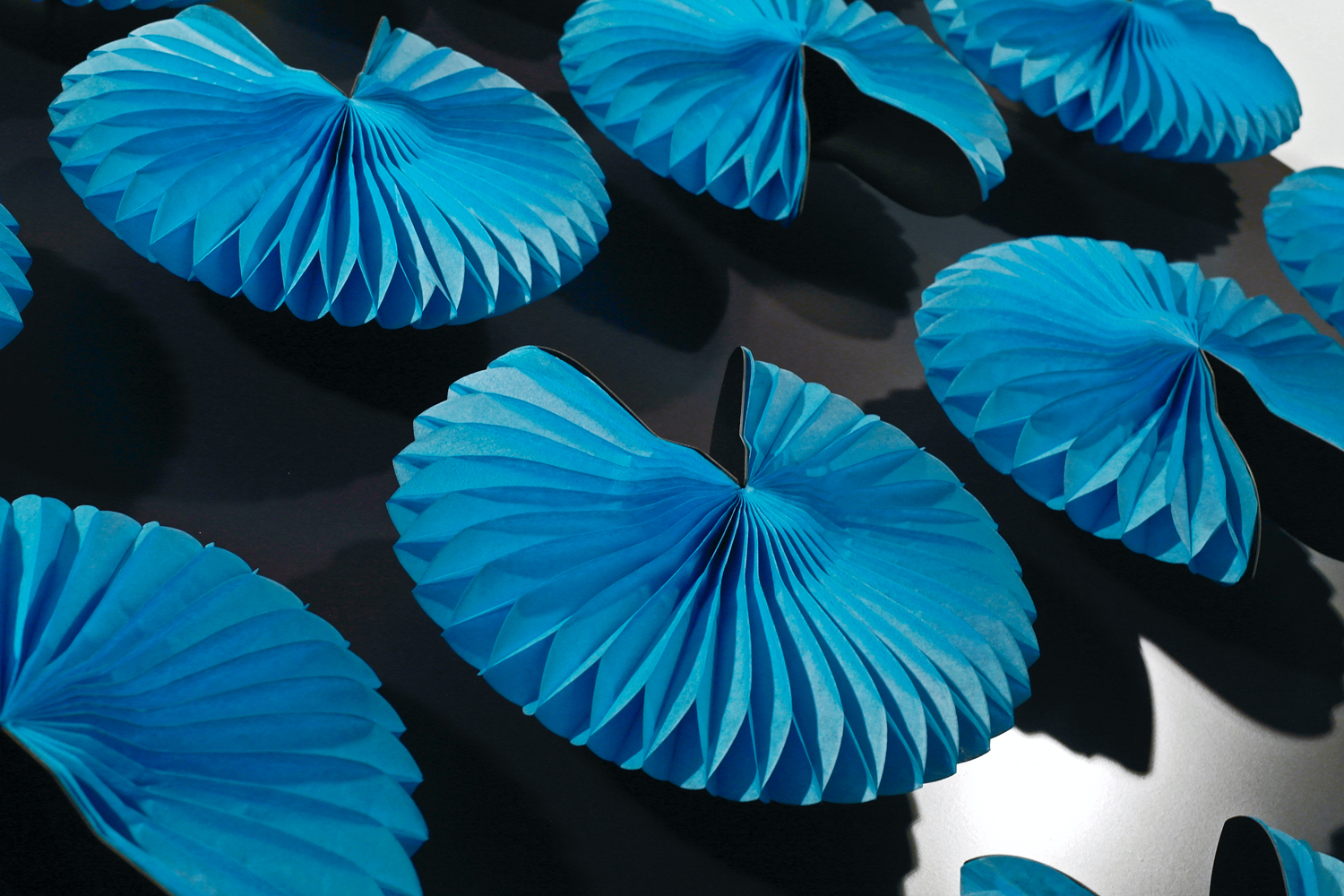 When the motion is suspended, the decorations come to a stop in a beautiful pose.

The fans pirouette and twirl in unison with choreographed precision similar to an Olympic synchronized swimming team, thanks to electronic and programming that works discreetly and quietly.

The extremely silent motors allow the sound of the crinkling paper to be heard and not drowned out by noise.

Fuchsia, Orange and Royal Blue is a feast for the eyes as well as the ears. 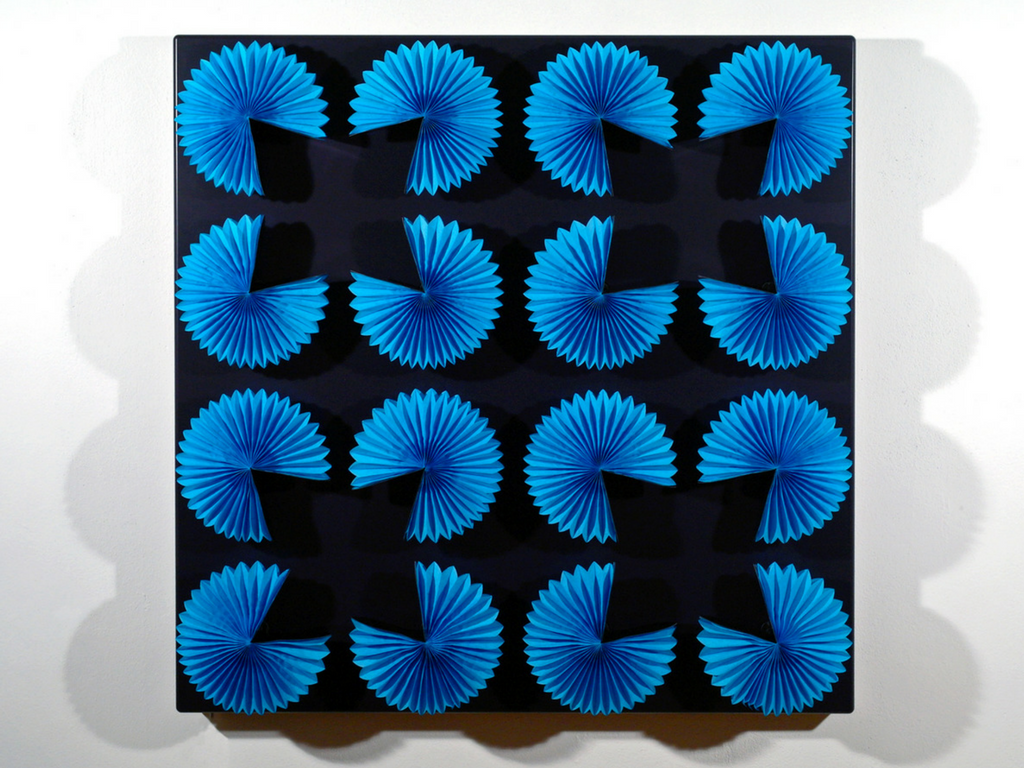