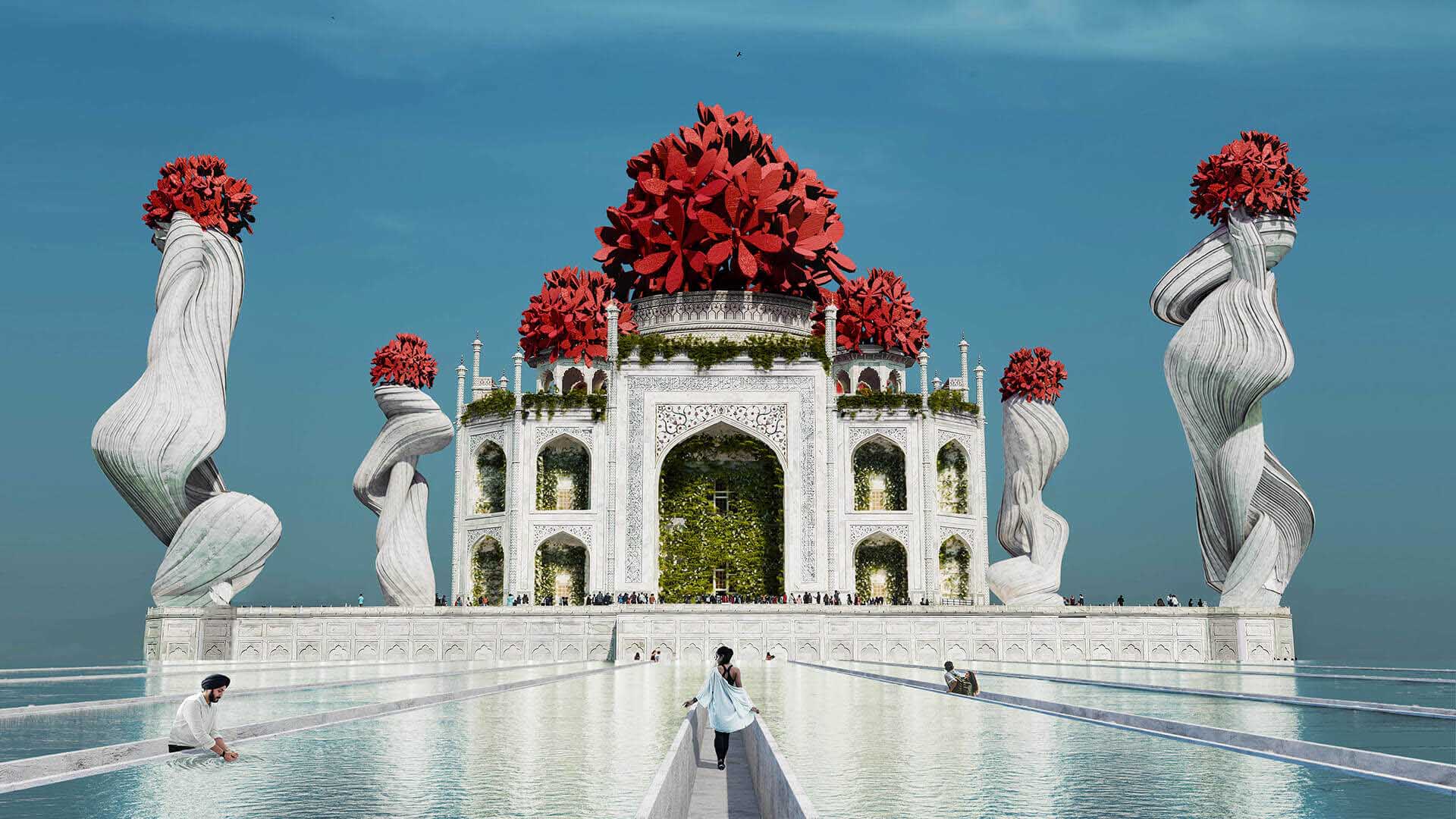 “One of the great challenges of our time is to bring the beneficial experience of nature into the design of contemporary buildings, landscapes, communities, and cities.”

“Biophilia literally translates to mean ‘love of life’ and it explains our innate attraction to the dynamic and beautiful natural world. – Stephen R. Kellert, Nature by Design: The practice of Biophilic Design.

Biophilic design is all about bringing the outdoors in and creating a healthy living environment! Although we may not realise it, we all have a strong connection to nature, and reconnecting with the environment should be at top of our list of priorities.

Many studies have shown that Biophilic design improves several aspects of life. Incorporating nature into our decor can create a calming environment, provide us with better emotional and mental restoration, and reduce feelings of tension, anxiety, confusion, frustration and fatigue.

Using this architectural concept, the team at Bloom & Wild were interested to see how some of the world’s most famous landmarks would look if they were reimagined with biophilic design.

Working with a team of architects, urban and graphic designers, we’ve used the concept of biophilic design to help us reimagine 7 iconic landmarks, specifically focusing on the flora, landscapes, and environment of each location..

Here are the 7 iconic landmarks we were inspired to redesign keeping biophilia in mind:

Built between the years of 1886 and 1894, Tower Bridge is steeped in history! It was designed to help ease traffic while still allowing access to a big part of the River Thames.

With bushes covering the towers, we’ve chosen to redesign the bridge using inspiration from Britain’s historical association with grand manor houses and their perfectly kept gardens. Neatly found within each crevice are flowers inspired by our own spring range that include snapdragons, lisianthus, freesias, and meadowy foliage.

Ivy covers the tops of the towers, while the structure is supported by a complex network of ropes to resemble Britain’s connection to medieval history. There are also several small mirrors on the underside of the bridge to connect the top sections of the towers. These mirrors have been placed to reflect London’s ever-growing skyline while allowing pedestrians to see a part of themselves in one of London’s most iconic structures.

The Taj Mahal was commissioned by emperor Shah Jahan in 1632 as a tomb for his favorite wife. Currently, it is the most visited tourist place in India and a symbol of eternal love.

In our redesign, we’ve transformed the iconic pillars drawing inspiration from India’s famous trail trees. On top of the pillars are some iconic Indian flowers jungle geranium, or Ixora Coccinea. Behind the front-facing arches, and covering many of the building’s external walls, sit delicate hanging plants.

In place of the famous reflecting pool in front of the Taj Mahal, we created an extensive network of water bridges to signify the importance of water in Indian cultures.

Arguably one of the 20th century’s most famous and creative pieces of architecture, the Sydney Opera House is used as a multi-venue performing arts centre.

Drawing inspiration from Australia’s iconic landscapes and environment, we turned the opera house into a structure to symbolise their signature countryside. The classic shells have been redesigned to reflect Uluru, also known as Ayers Rock, while the dome-like exteriors consist of coral-like materials found in the Great Barrier Reef. The shells are further coated in native Australian plants and flowers like Eucalyptus and Banksia.

Interested to know more about biophilic design? Head to the Guide to Biophilic Design – Kellert’s principles and the benefits of nature.

Unveiled in 1886, the Statue of Liberty was a gift to America from the French to commemorate their alliance during the Revolution.

In our redesign of the country’s most notable landmark, we covered the statue in moss so that it changes with the great American seasons. Trees and grassy areas were also implemented to represent the iconic Manhattan spring/fall seasons and connect the statue to America’s vast network of forests and famous national parks.

We wanted to add a touch of modernity to the statue, so we built a walkway spiraling the base of the tower. Finally, we’ve turned the famous torch into a fountain, to signify a connection to America’s great lakes and surrounding coastline.

The Eiffel Tower was built in 1887, just in time to take centre stage in the 1889 World’s Fair which showed off France’s innovative and modern mechanical designs.

We’ve kept the redesign simple, but effective, with the grounds underneath the tower lined with lavender, the traditional flower of the French countryside.

On each level of the structure, we’ve placed shelves containing France’s second most loved flower, sunflowers! Lavender also coats the staircase as well as the observation decks and the very top of the tower, producing a beautiful, purple floral statement.

The Sagrada Familia is an iconic large Roman Catholic minor basilica in Barcelona and famously, is the world’s oldest construction project. Although construction started on the Sagrada Familia in 1882, it was never completed, largely due to it being interrupted by the Spanish Civil War. Currently, it is around 70% complete and is estimated to be finished in 2026.

Our redesign of the landmark uses a base layer of Mediterranean hanging plants like geraniums and durantas encasing the church. The body of the church has then been lined with diamond-shaped colourful mirrors.

These mirrors are gently decorated with shards of red, orange and pink, resembling the native flowers of Spain like Lantanas, Gazania, and Bougainvillea. Water sprays from the tops of the spires, splitting the light rays in multiple, beautiful rainbows. The mirror flowers also sit in the ponds around the Sagrada Familia for more exotic beauty and colour.

The Great Pyramid of Giza is the oldest of the Seven Wonders of the World, being built around 2560 BCE and still remains mostly intact to this day!

We redesigned the existing pyramid shape and covered it with lush greenery. The sand dune reflected in the wave structure was inspired by architect Chad Oppenheim’s interpretation of the corresponding landscape.

Finally, we also restored the Sphinx to its former glory by rebuilding the outer body and placing thousands of fine branches to give it a furry finish. 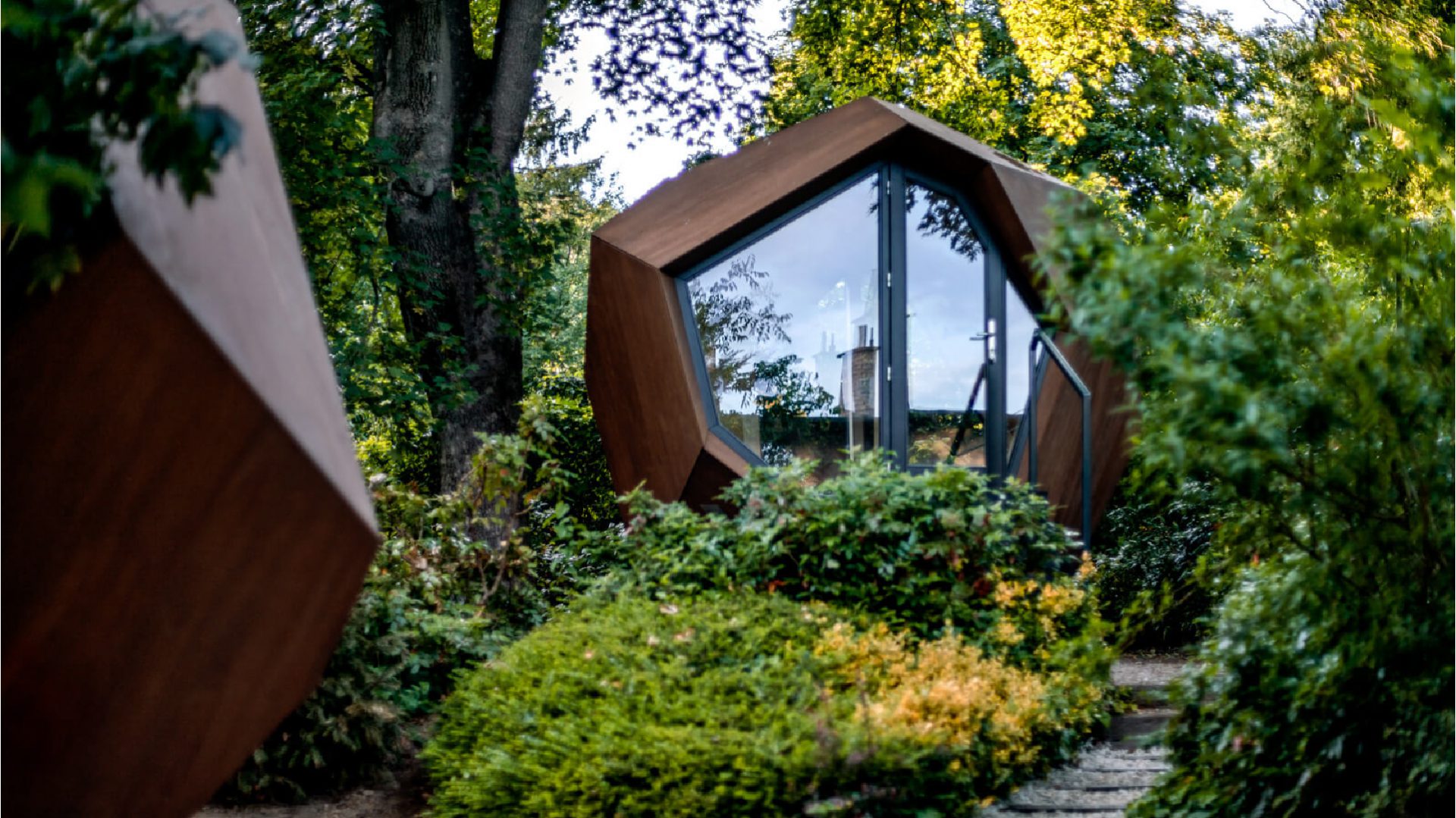 Workstation Cabin is a home office pod for your garden

Hello Wood has designed Workstation Cabin as a perfect solution to keep work life and home life apart when you no longer work at the office. […] 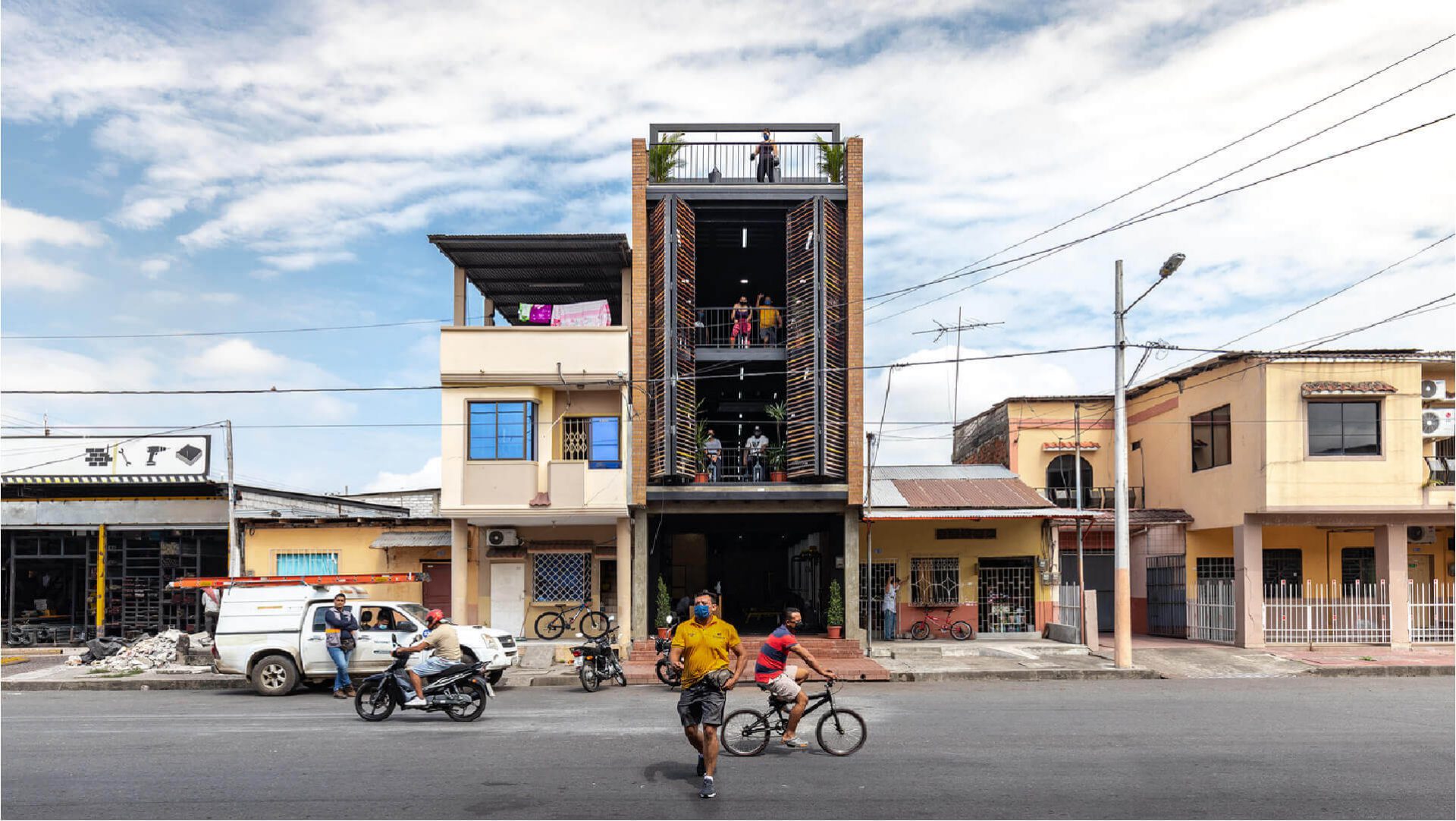 The house transformed into a vertical gym for local communities 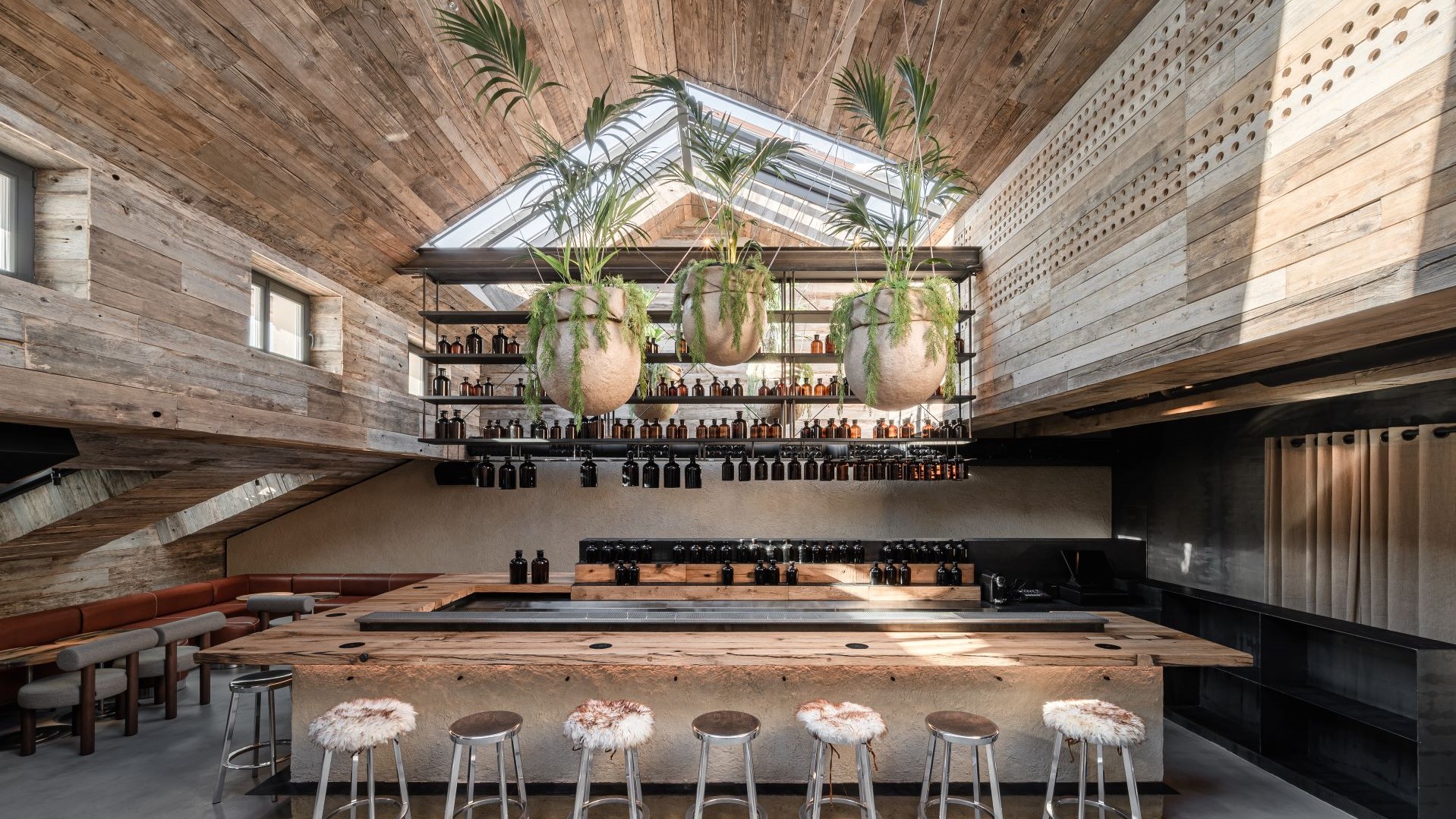 Based on a unique concept, MAD Bars House gathers 5 bars and restaurants while respecting the local culture. It is a six-storey venue with a unique […]