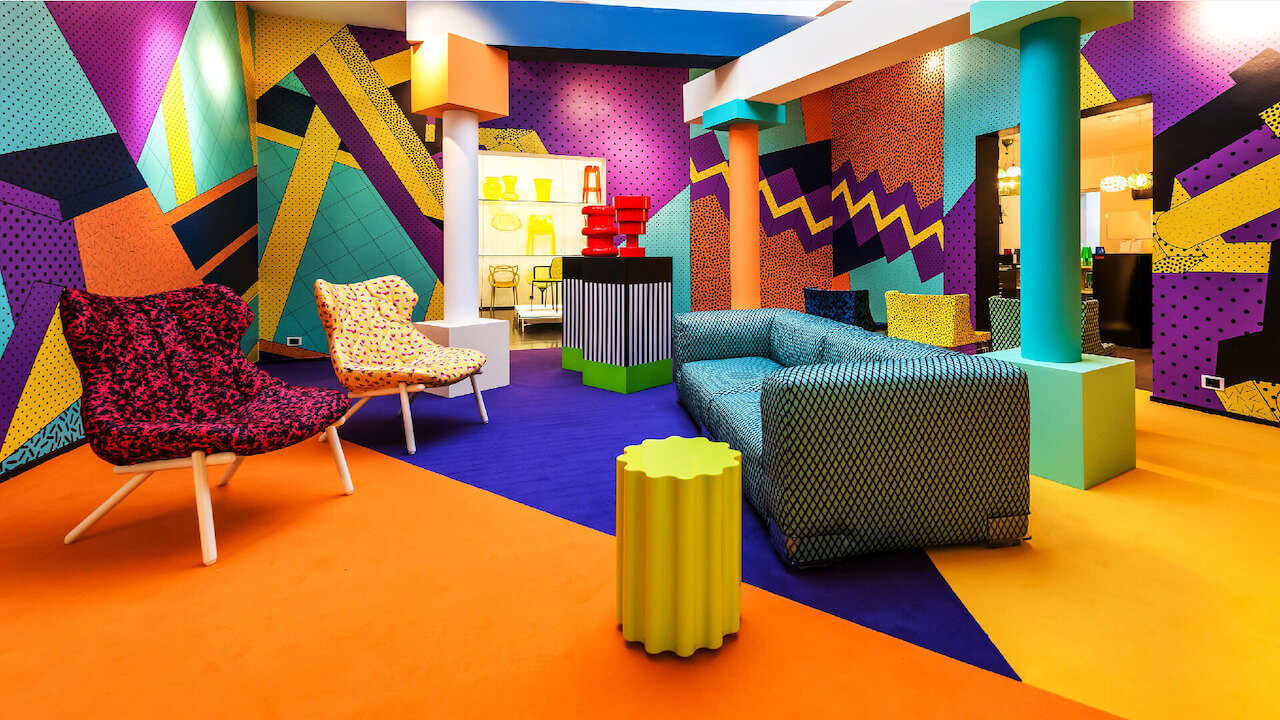 Talents from the prestigious Italian University show a new match between cultural Avant-Guard and Digital Codes during Design City Milano.

On the event of Design City Milano, which from 28 September to 10 October will animate the city of Milan with appointments and meetings dedicated to design projects, Istituto Marangoni’s School of Design is presenting “Memphis. The colour of objects”: an exhibition, open to the public, and dedicated to the great cultural phenomenon of the 80s, founded by Ettore Sottsass together with a group of young architects, including Michele De Lucchi, Alessandro Mendini, Andrea Branzi, who revolutionised the whole idea of design, this year celebrating 40 years from its origins.

Istituto Marangoni has chosen to stimulate its third year Visual Design students and the Surface & Textile Design and Product & Furniture Design Master attendees precisely around the ideas of this “postmodern” Movement, to create new design projects, based on specific briefs for each area.

A selection of these creative ideas can be found within the exhibition, which is divided into 4 parts: three are dedicated to the School Departments (Product, Visual and Interior Design), each presenting the best students’ projects, through images and 3D models, plus a final historical section, featuring infographics and a selection of historic Memphis items, closed by the iconic Carlton bookshelf, a worldwide recognised symbol of the whole production of this revolutionary cultural movement.

Alice Braglia thought of a new social media strategy to convey the identity of a dynamic and captivating brand, thanks to an update of its typical values, colours and shapes. Constanza Coscia, starting from a thorough analysis and review of the three brand collections, defined a strategy for social channels and the concept for an installation dedicated to venues and inspirations referring to the pop world of fashion, art and cinema of the 80s.

Giovanni Gridelli dedicated his attention to a study of the brand, website and catalogue, finally indicating new proposals for a consistent visual identity and a more engaging on-line experience.

Do you want to know more about Italian design history? Don’t miss our Brand Story about Olivetti featuring the iconic Valentine by Ettore Sottsass.

Within the Surface & Textile Design Master, students created for the brand a series of new decorative patterns for surfaces, textiles and coverings, through the reinterpretation of typical Memphis patterns, symbols and visual elements.

The project presented by students Pelin Aykar, Ipek Aslanboy and Hsiang-Chi Liu is based on the concept “appearance” and “essence”, through visual illusions which deceive the eye. Thus, they proposed “Dissimulation”, a series of carpets, glass panes, and furniture covering films characterized by geometrical and optical effects giving way to three-dimensional perceptions or moving patterns.

Ezgi Vural and Margherita Aletti, in their “Living in Memphis” project, have imagined new combinations of pastel colours and extreme shapes, placed in an ironic and playful, infinite time-space dimension. The result are 4 different patterns, each inspired by a different city: New York, Marrakech, Hong Kong and Mexico City, to decorate wallpaper, ceramics, carpets or plexiglass panels, or even any other interior design surface.

“Old to New” is the project by Kao Ching-Ting and Semercioglu Eda, who, starting from personal memories of the 80s, generated new ideas, reinterpreting in a contemporary key all the rich playfulness of the time. This gives way to modular elements combining resins with other materials, to create wallpaper patterns, panelling and furnishing accessories.

Finally, “Post-contemporary objects” was the theme launched for the Product & Furniture Design Master. Students were given the task to design a lamp, interpreting Memphis’ aesthetic identity in consistency with the brand and, at the same time, in line with the new aesthetic codes generated by social media, through vivid colours and de-structured geometries.

Artemii Solod designed “Personal lamp”: a cube-shaped luminous appliance which, thanks to digital technology, can convey to its users a unique experience: turning on and off, intensity and colour of the light can be controlled directly by mobile phone through an App. It has also been imagined in many styles and variants: as floor lamp, wall- lamp or table lamp.

“Fantasmino” (Little Ghost) by Claudio Vicari is a transparent, blown glass table lamp in andromorphic shape which aims to create an animated relation between product and user. Indeed the metallic central body includes movement sensors which can detect human presence: when a person enters into its proximity, the lamp turns on.

Roxanne Cepeda designed “Loop”: a rechargeable table lamp, which interacts with users through a tactile sensor, allowing to adjust light intensity. The lamp uses a lithium based battery, which can be recharged through a USB-C cable, allowing for its use even when not connected.

The exhibition, presented on the first floor of the Via Cerva school, was curated by Gustavo Martini, Istituto Marangoni’s talented alumnus, born in Rio de Janeiro, awarded as “Next Generation Designer of The Year 2017” by Wallpaper * and Officine Panerai, and part of the Prisma Project, a group of former School of Design students, involved in important projects and school initiatives. Belonging to the same team is also Yuetong Shi: talented former Istituto Marangoni Chinese student, who was in charge of the entire graphic project for the exhibition.

This event confirms, once again, Istituto Marangoni’s central role related to a cultural approach to design, offering to the city of Milan and to all design enthusiasts a unique experience, looking back to a particularly rich historical moment as the starting point to design the future.

Memphis Milano has influenced numerous artists and their heritages keep living in their works, like this crazy painted basketball courts. 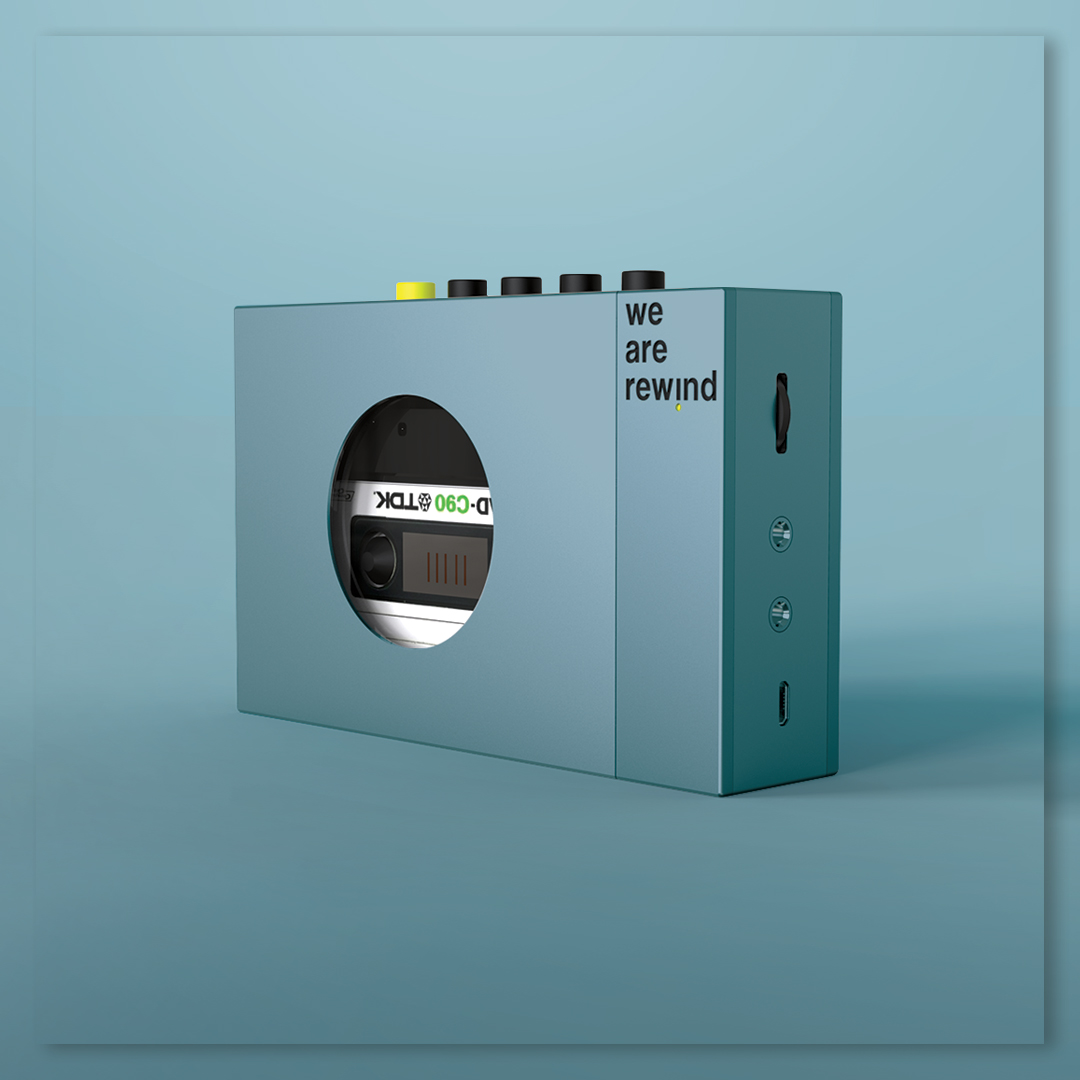 We Are Rewind is re-making the cassette tape players

The idea came to We Are Rewind after a year of riding a wave of 80s nostalgia, first started by the movie «Gardians of the Galaxy […] 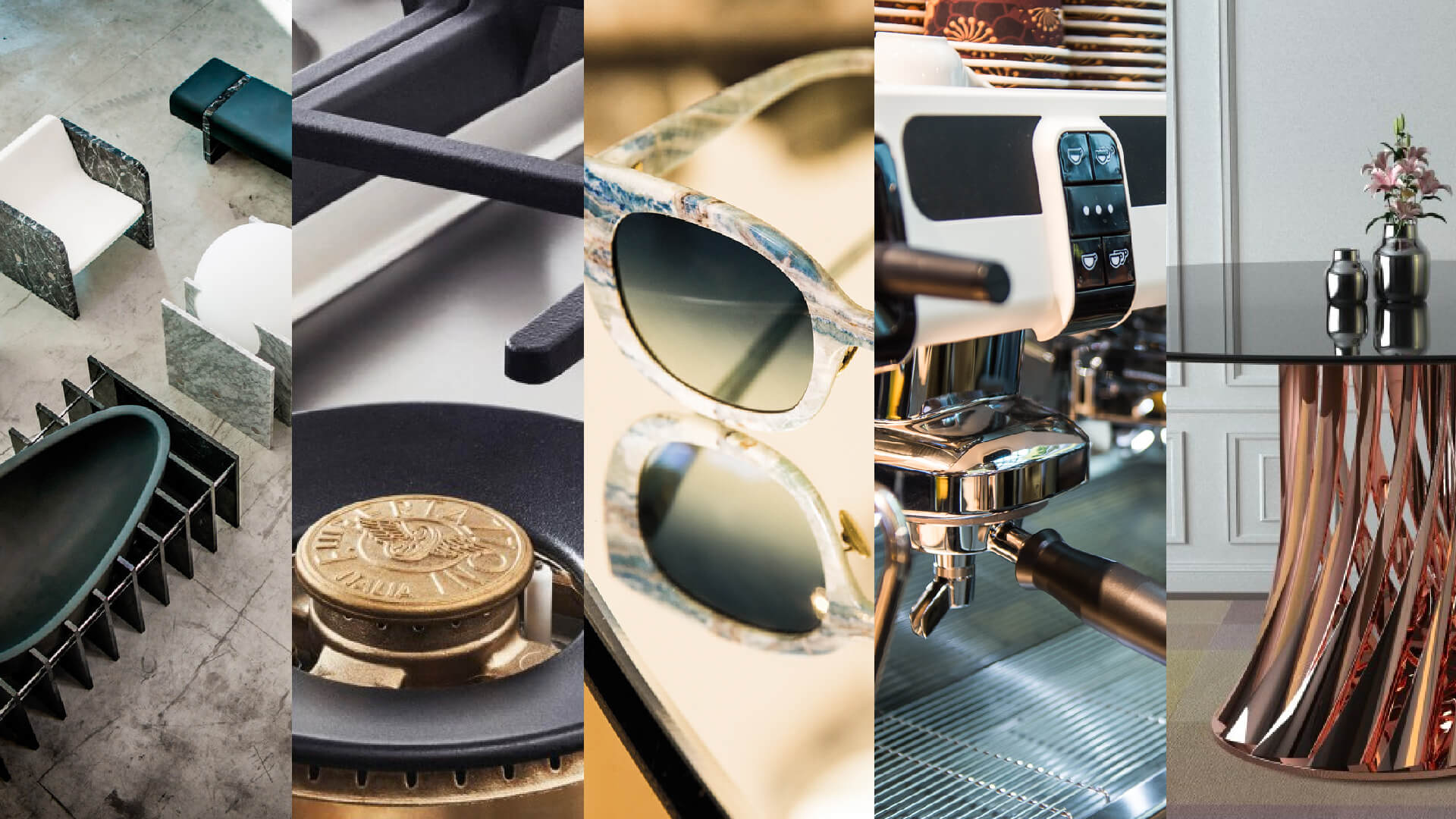 Explore how the forward-thinking company V12 Design tackles varied business issues of its clients, guiding us to reset the understanding of the meaning behind the word […]