A stadium to change a city – Milan’s new arena 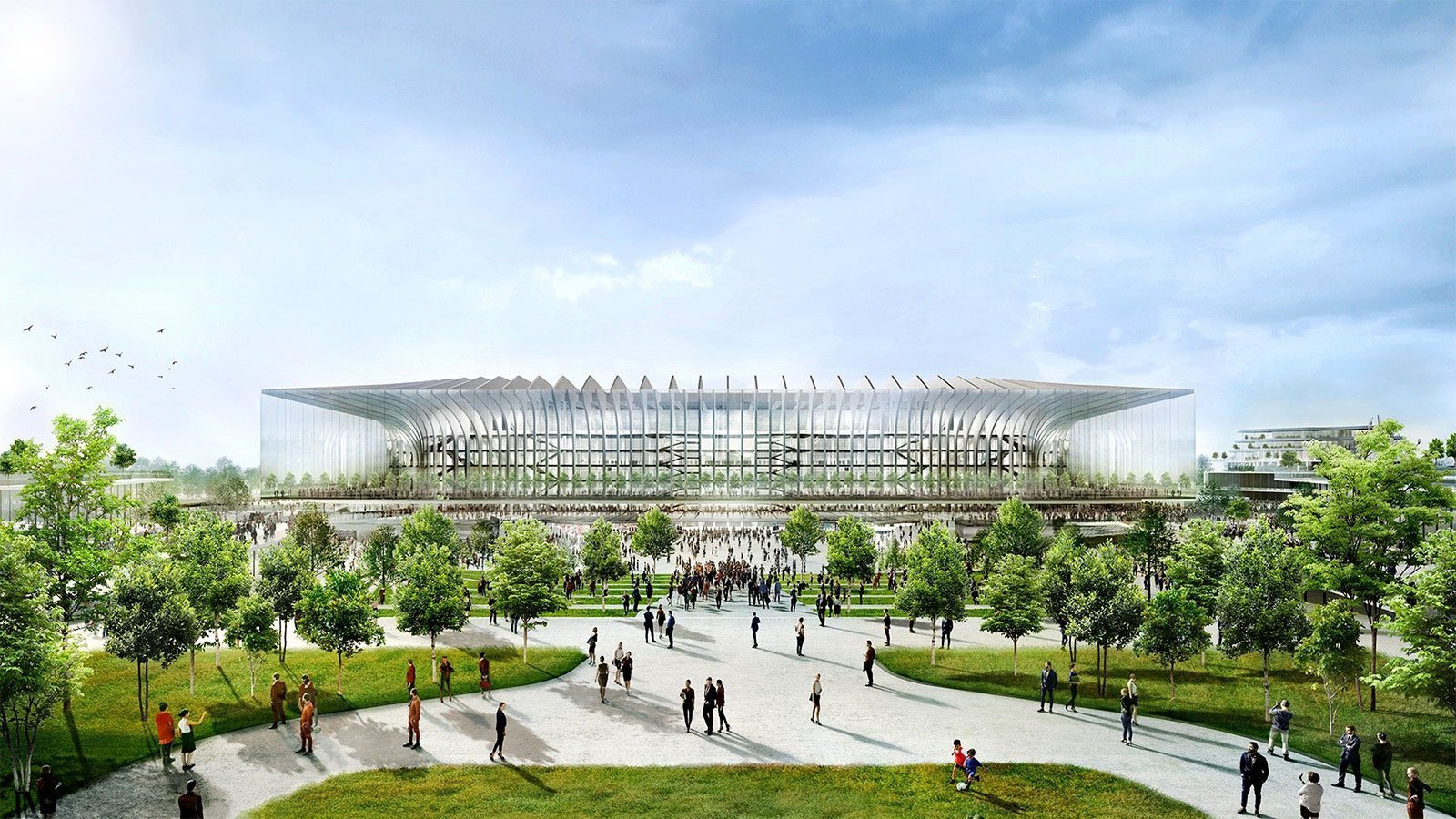 New Milan’s San Siro Stadium proposals are not only determined to create a new football arena but also to give a new life to the San Siro district.

AC Milan and FC Internazionale have shared a stadium in San Siro for more than 70 years. Now, the two football clubs are committed to give a new image to the Milan stadium with the common goal of giving the city an entertainment district that is alive all year round while creating jobs for more than 3,500 people. The multifunctional district is to be built with the highest standards of sustainability and re-establish San Siro as a destination of excellence for sports and entertainment.

Gli Anelli is the proposal for the new Milan Stadium by MANICA Architecture and Sportium. The architectural design focuses on two interlocked rings, the iconic element displays the faces of more than 16,000 fans, giving a message that Milanese people are the link to preserve the legacy and future of football in the district of San Siro.

The stadium‘s two rings design tells the story of how two clubs, AC Milan and FC Internazionale, forever in opposition, are united in their cause to preserve one of Milano’s most celebrated traditions.

The Nuovo Stadio Milano is carefully integrated into a bigger picture of the revitalization and transformation of San Siro into a park and entertainment district.

The landscape design considers the memory of the historic San Siro by preserving the original pitch’s location and reimagining it as a gift to the community for anyone to enjoy.

The Cathedral by Populous

The second proposal, by the architectural firm Populous, entitled “The Cathedral” delivers an homage to the city’s architectural heritage, being inspired by Milan’s greatest landmarks: the Duomo and the Galleria.

The stadium proposal is to be one of the most sustainable in Europe with the use of renewable energy, rainwater collection, natural heating, and cooling systems. Additionally, the stadium is to be surrounded by vast green spaces.

Populous claims the stadium bowl will bring fans closer to the action and create an extraordinary atmosphere. The stadium glass facade will bring natural light inside the building. The space will also offer a variety of food and drink lounges to express the city’s rich food culture.

The Cathedral supports the images of AC Milan and FC Internazionale, by incorporating bright blue light around the stadium for Inter and dazzling red light for AC Milan.