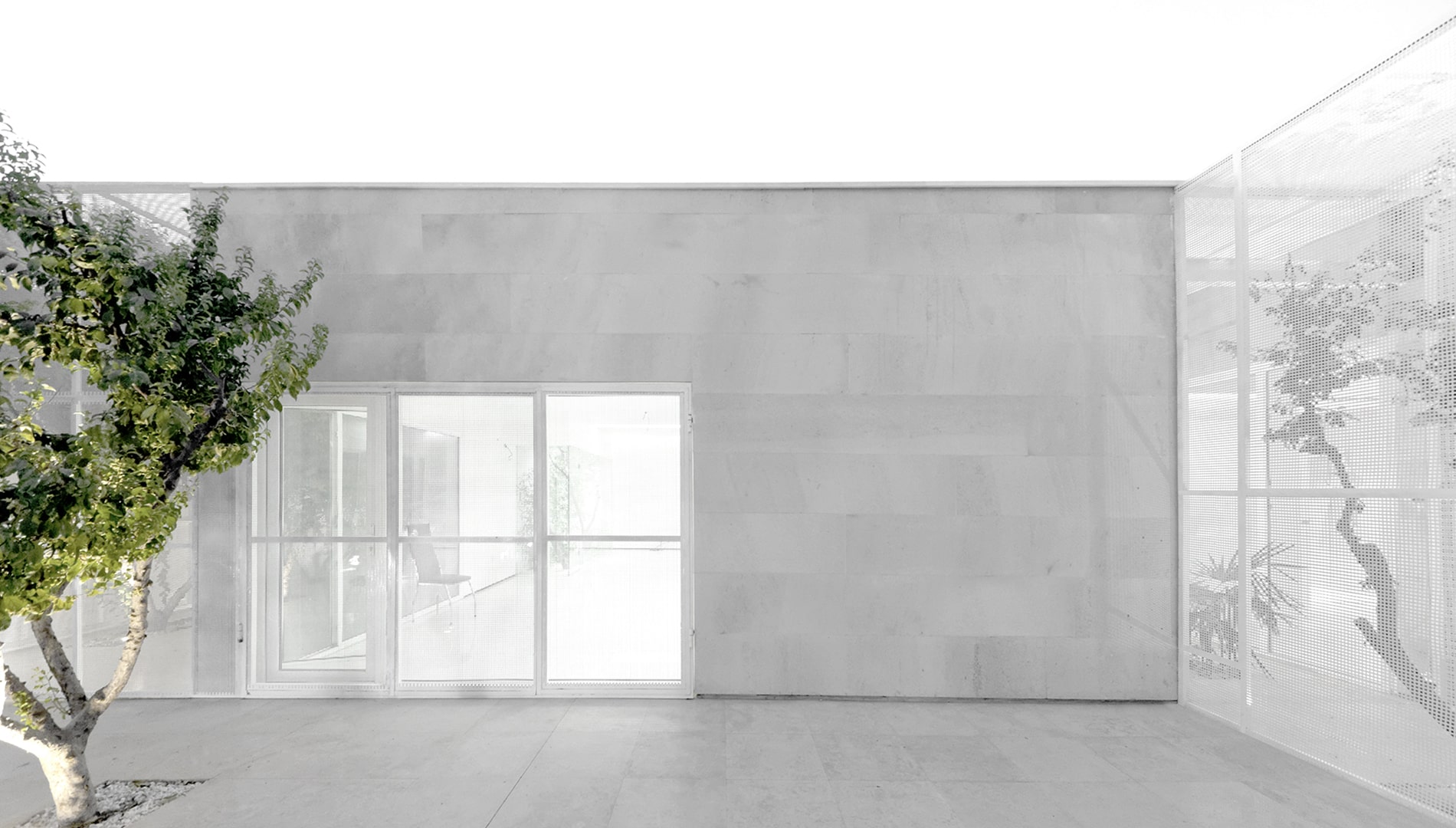 Pegah Villa is an ultra-minimal and modern residence design in Iran which focuses on the surroundings of the site to merge with its natural backgrounds.

Pegah villa is located in an 1100 sqm garden surrounded by fruit trees which gives it a unique charm and beauty all the year. This garden is located west of Tehran province in Shahriar city. Facing this context, the main goal was to reinforce the relationship between the project and the context by using an active space.

Adding an intermediate space could be the answer.

The intermediate space works just like a net, flatten over the area due to the active space and connecting to the building and integrating with it, encompasses the trees.