Sho Ota’s pieces are unique because they highlight the quality of wood knots, the character of which is often treated as a defect and neutralized in industrial processing. In his latest collection, the design chisels down 12mm from a flat surface to reveal a three-dimensional texture to enhance the “unique materiality” of Swiss Pine.

“The variations reveal the voice of each piece,” explains Ota. “Some objects seem to shout at us aggressively, while others whisper to their origins. The textures can be observed carefully by touch.”

“The composition depends on both the position and directions of these knots,” he explains. “As such, I cannot reproduce the exact same bench twice as there is never the same composition of knots —it is a dialogue between maker and material.”

The project was exhibited as part of Kazerne, a 2,000 sq m exhibition set in a former military barracks. Connected to an industrial warehouse, the space is a design destination in Eindhoven and is home to luxury hotel amenities, a design shop and two restaurants.

With minimal design taking over the world, wood’s identity is often lost due to mass-production techniques, don’t miss Meet the makers of Instagram revitalising the art of woodworking.

During Dutch Design Week the space showcased design talent under the title ‘Between No-Longer and Not-Yet’, including work by dutch designers, Jet and Pieke Bergmans, Edward van Vliet, and Teun Zwets, among others.

“Through the work of over 40 starting and established designers, Kazerne calls on us to use the potential of Between No-Longer and Not-Yet meaningfully and get inspired by optimistic new perspectives,” explains Annemoon Geurts, Founder & Creative Director of Kazerne.

“I see the work of Sho Ota being a small, personal search for how we as humans can connect in a different way with both nature and the objects that surround us,” she adds. “He invites us to respect the tree as an autonomous part of the ecosystem, more than just an ordinary material.”

Other pieces by the designer recreate the tangential section of the knot, which is the anatomical section beneath the surface. Ota uses epoxy resin to create branch-like connections between various knots, seemingly inspired by the vascular network of trees.

“He explores the identity of the individual tree by carefully cutting each knot out of the flat surface by hand. In this way, he reveals the structure of the tree’s life and points out the beauty of nature. His objects are useful, poetic works of art to which we can personally relate.”

This company is revolutionizing how we cultivate wood in the hopes to create a sustainable future, check out Woodworking in the Lion City – The sustainable nature of Roger&Sons.

Dutch design duo Kiki + Joost on the power of co-creation

Kiki and Joost invite us into their whimsical world to talk through their collaborative approach to unconventional design. Two of the most highly-acclaimed Dutch designers of […] 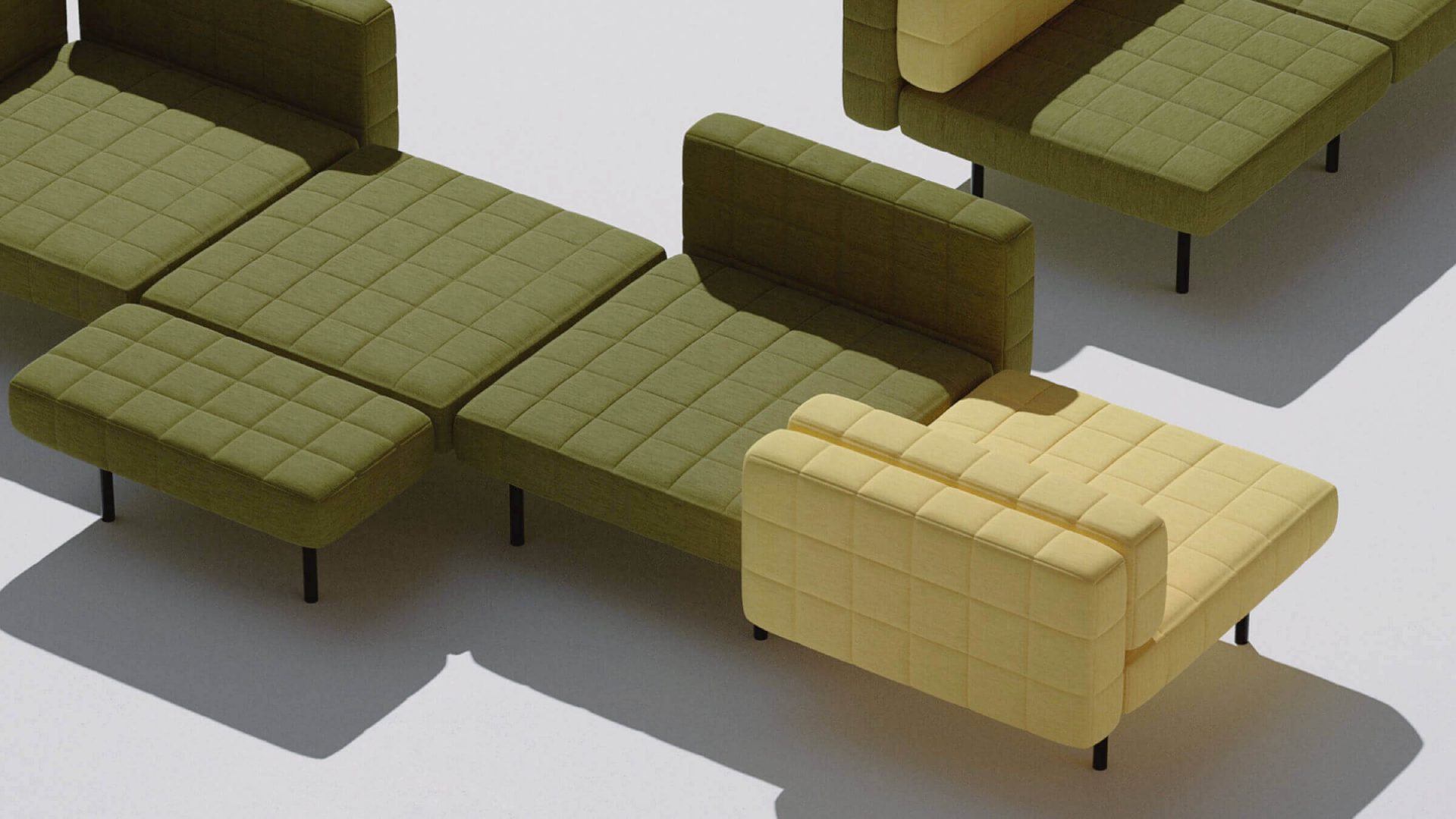 Voxel sofa by BIG is DIY: Design It Yourself

Voxel sofa is the ultimate modular seating system with elements that can be moved, flipped and rearranged, inspired by Lego. Its grid-like patterns allow multiple configurations […]

Come meet this work accessory of your dreams

Skillfully featuring a hidden management tray that brilliantly provides a solution for keeping cables in place, German-based Relvāokellermann and Gumpo have come together to fabricate – […]