This refuge perched in the forest reminds us of bird huts 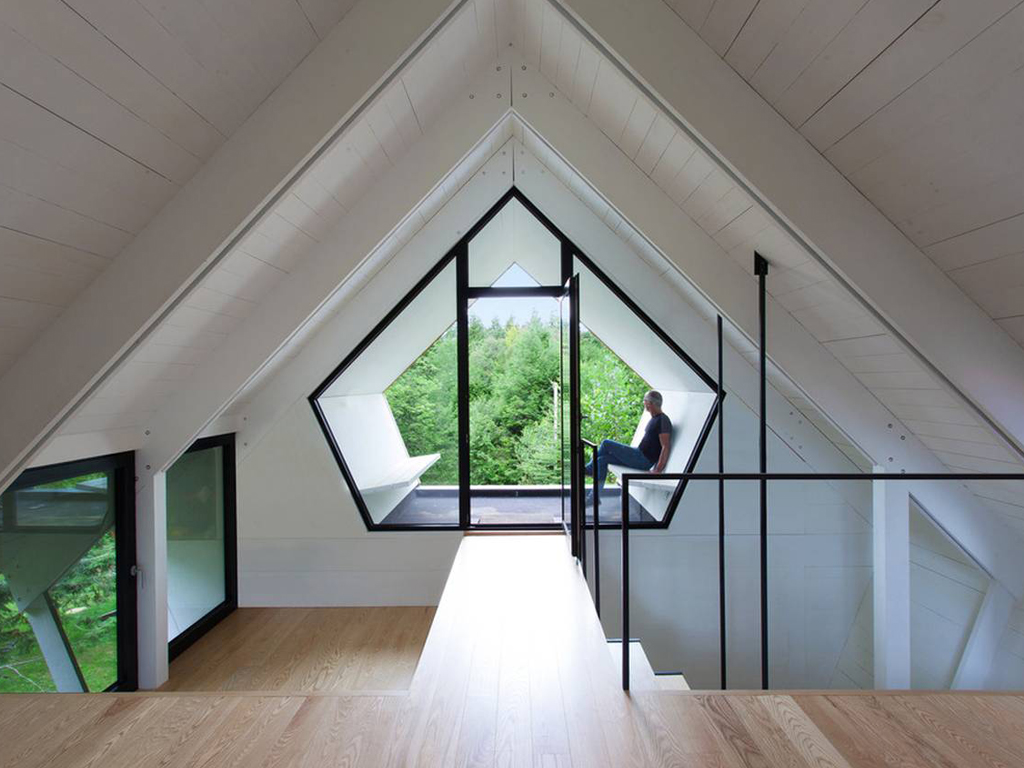 In an attempt to preserve the surrounding nature, the footprint of the building remained untouched.

Initially built as a small storage space by the first owner who was a lumberman, the shed was later rearranged into a forest refuge by its next owners.

La Colombière (Dovery) thus represents the completion and third phase of this simple one-storey construction into a true retreat expanding on three floors. 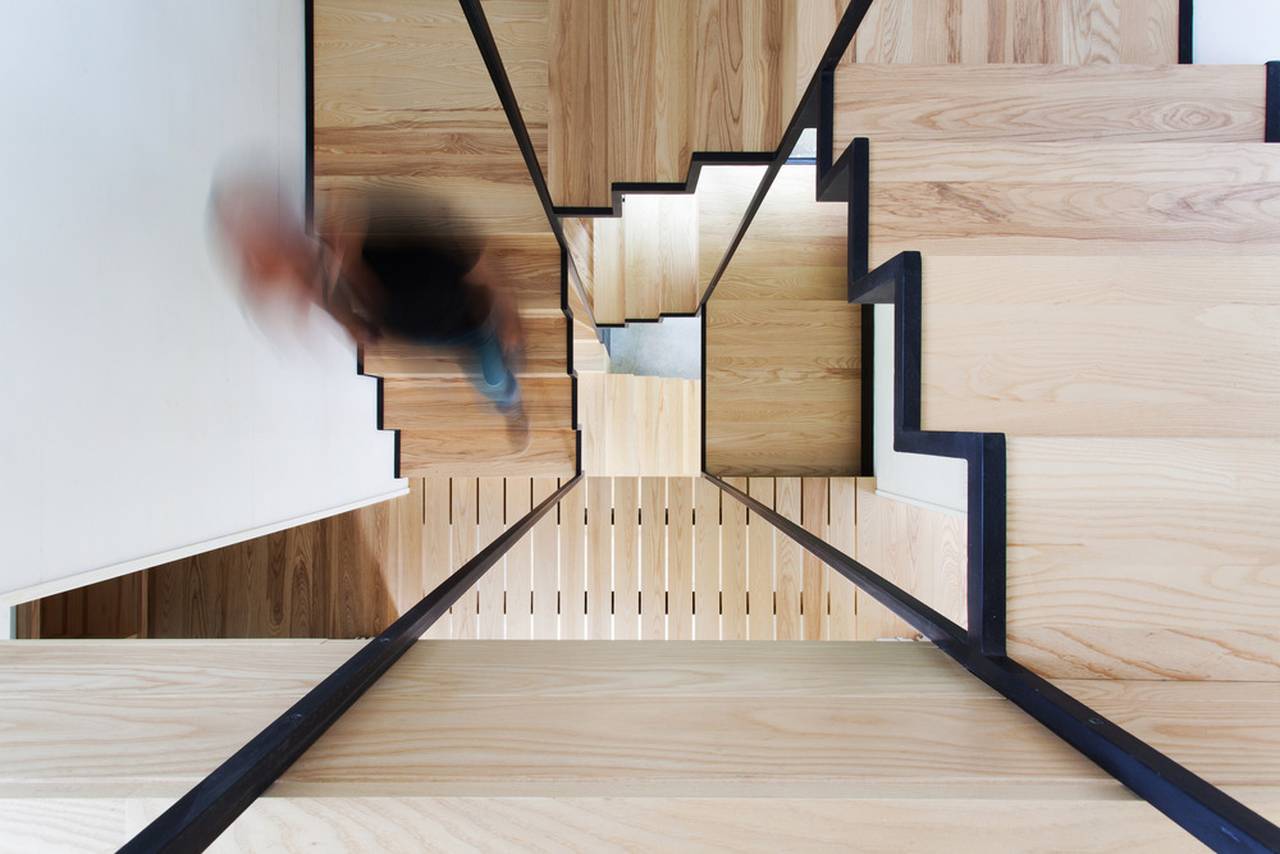 This new phase inspired itself from the natural growth of trees.

The link of the tree house to the soil remains the same while growing vertically and developing an aerial volume reminiscent of tree canopies. 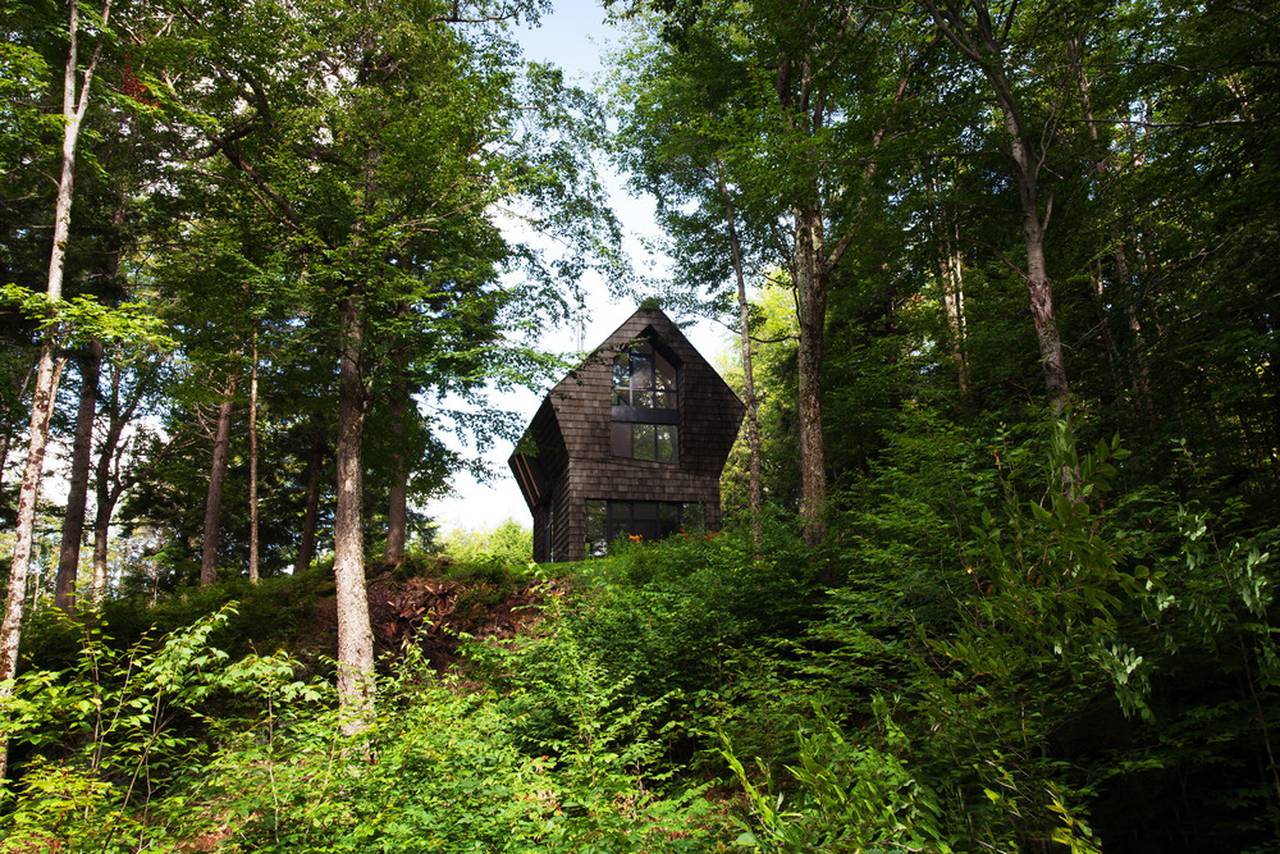 By following such principles, the extension was done without any trees being cut or heavy machinery, which could have spoiled the natural environment offered by the forest.

Recalling the bark of the tall surrounding conifer, the exterior volume is covered in dark cedar. 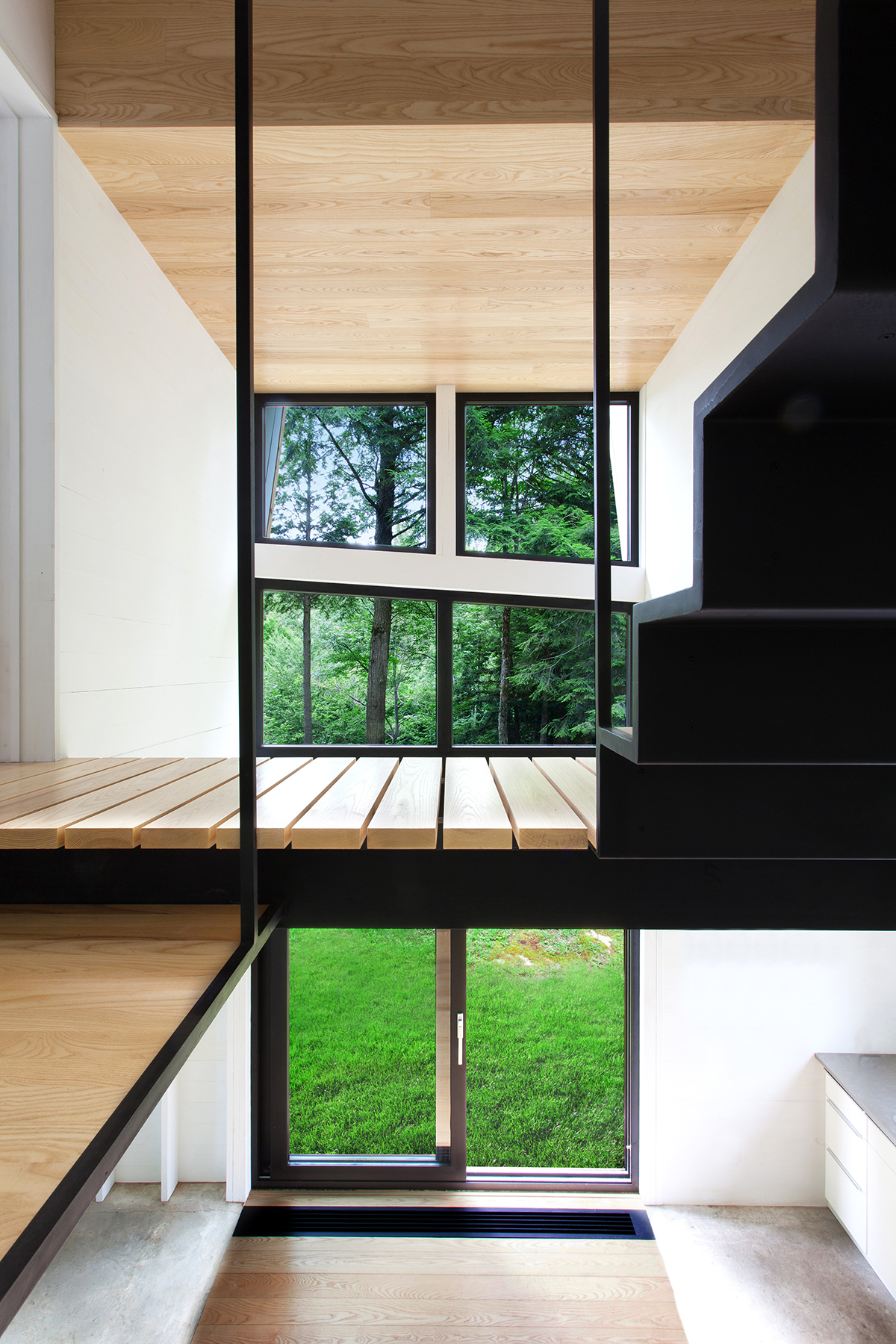 Materials and structure of the previous phase are kept and uninterrupted so that the addition acts as an extension rather than an insertion. 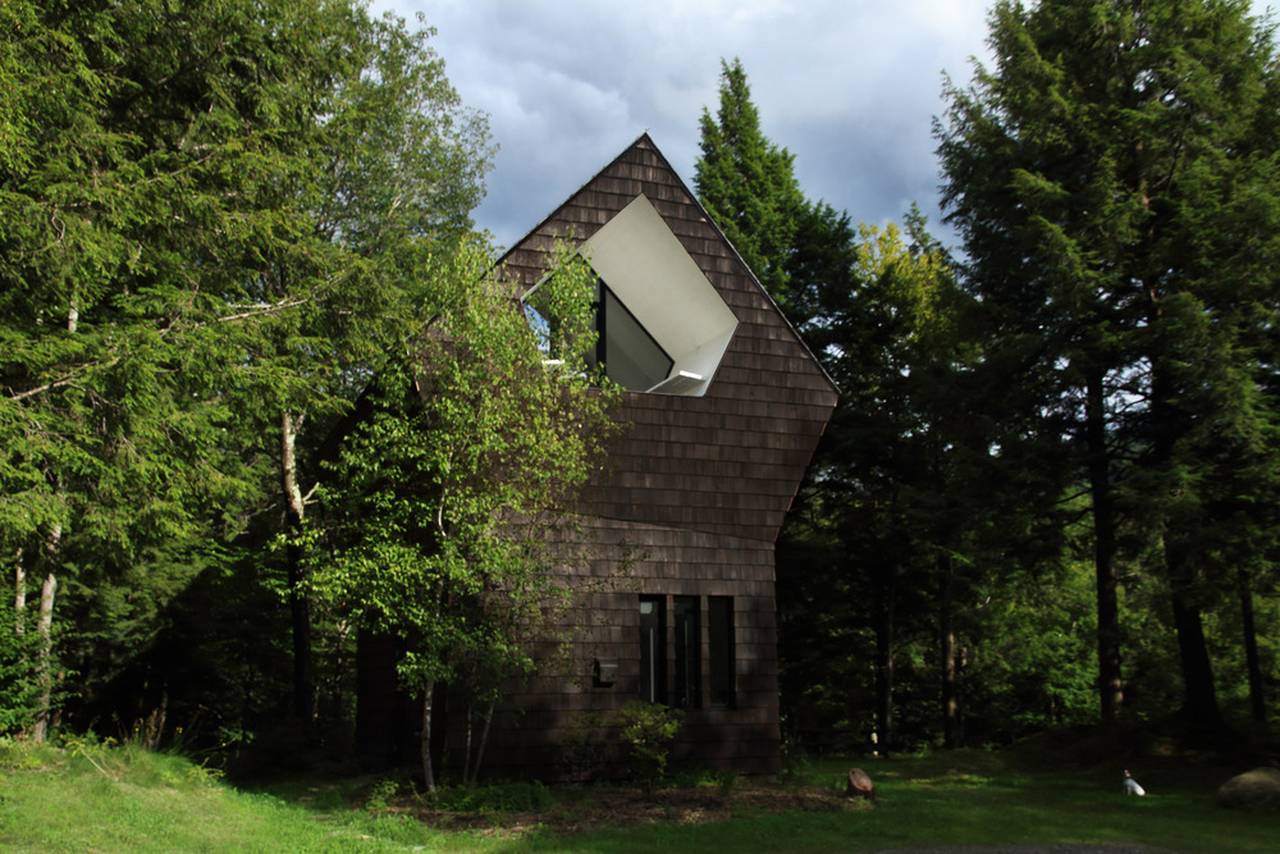 On the ground floor, a simple space with exposed structure offers a direct link between rooms and towards the forest’s soil.

On the upper floors, each room opens into a vast vertical shaft punctured by an ultra light stairwell, an aerial structure.

On the last floor, an exterior covered terrace acts as white perch from where one can admire the surroundings. 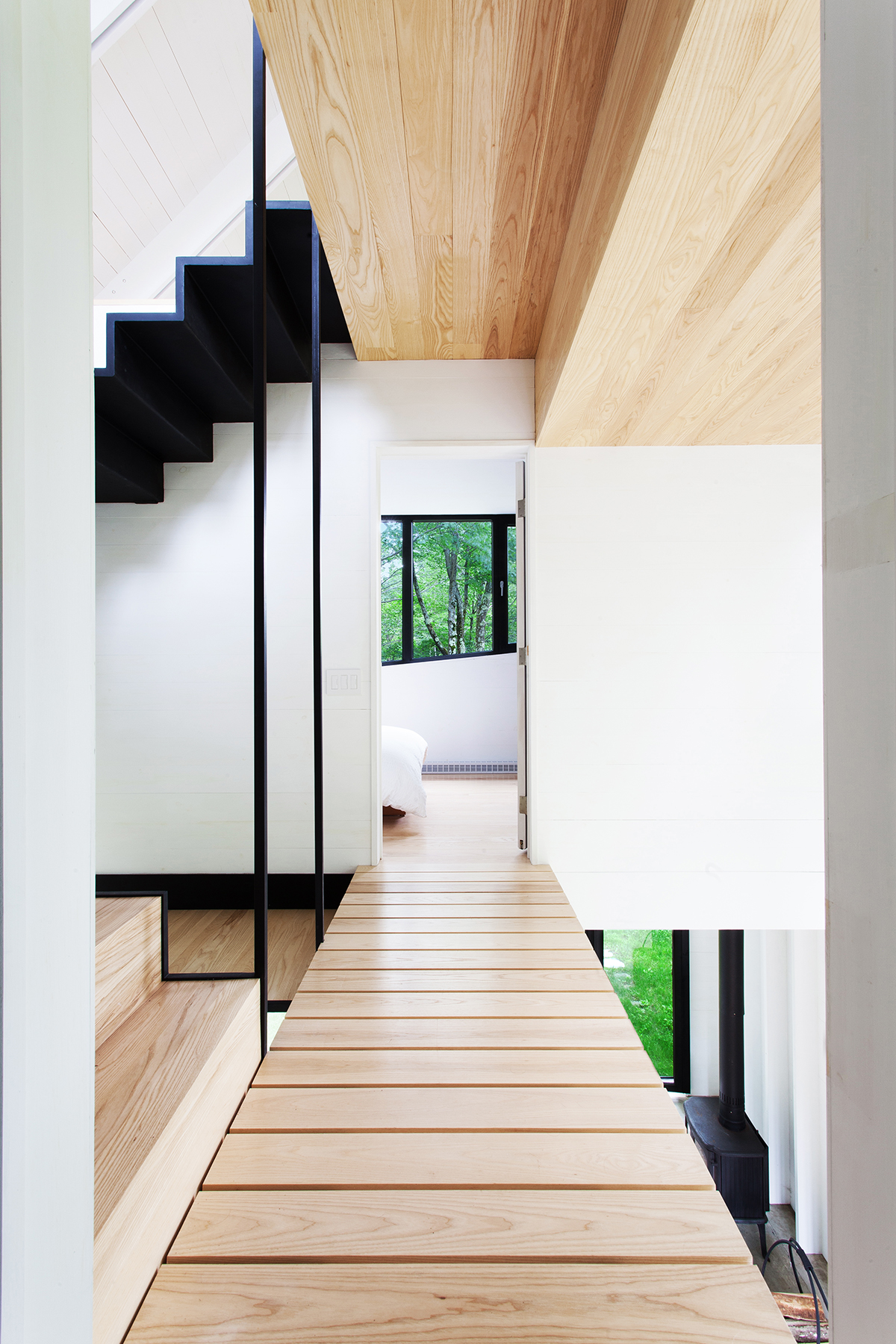 YH2 is an architectural design firm founded in 1994 by architects Marie-Claude Hamelin and Loukas Yiacouvakis.

For YH2, the architectural process is not simply about finding a functional solution to a given problem; it is a creative and transformative tool for approaching the spaces we inhabit every day, a way to reinvent reality.

The project should adapted itself to the context while transforming it.

With every project, the focus is not only on form and essence, but also on the meaning of each element of the program.

The resulting designs are composed in the language of simplicity and purism.

Concepts are developed with economy of means, and each element must be essential to the overall design.