Kelys & Chirp, the story of a turtle and a bird, and an unconventional friendship 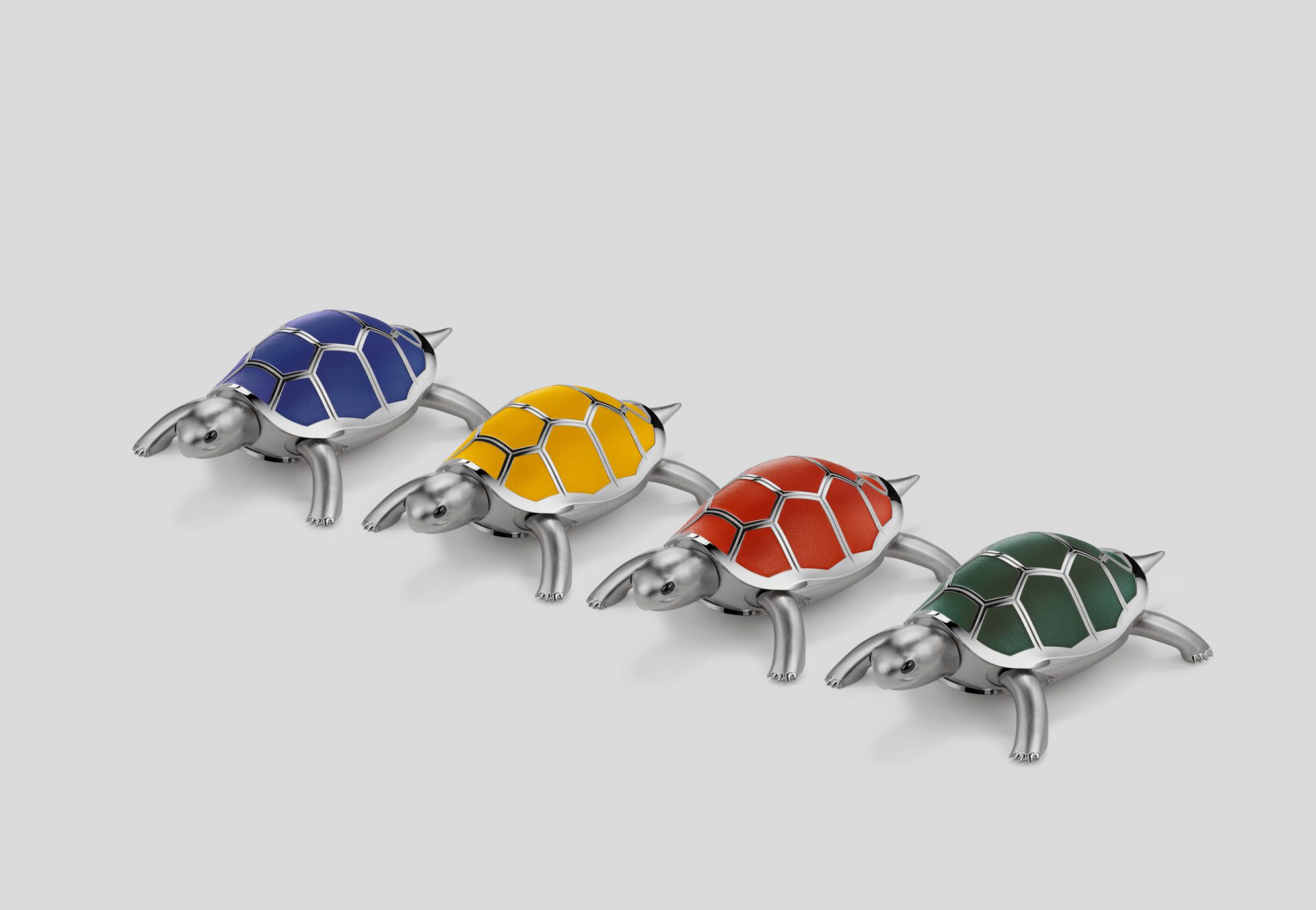 Developed as a co-creation by two friends, Reuge and automaton specialist Nicolas Court.

No need to look further into Aesop’s Fables to find the happy ending that could elegantly materialize on your desk: it is the ultimate release from MB&F, Kelys & Chirp. Developed as a co-creation by two friends, Reuge and automaton specialist Nicolas Court, the lovely creation features Kelys the turtle moving in synchronicity with Chirp, the bird that opens from its back, moves and sings. The natural instinct of the little animals is preserved through two distinctive mechanisms, one that detects surface edges and prevents Kelys from falling, the other that instantly retreats Chirp to its nest if accidentally pushed down while singing. It is no surprise that the idea came from MB&F, the creative laboratory that praises 10 years of hyper-creativity, Rouge – the only premiere producer of music boxes and Court, who describes his work as ‘creating mechanical objects at the service of dreams’: and Kelys & Chirp lived happily ever after in 4 limited editions colours. Kelys & Chirp is available in 4 limited editions of 18 pieces each in blue, green, yellow and ochre: The singing bird ‘Chirp’ is made of 18K white gold with eyes in sapphire.

Chirp sings for 10-12 seconds, flaps her wings, moves her tail, opens her beak in time to the bird song and then magically disappears.

Thanks to unconventional gearing and cams, the turtle Kelys moves in a very realistic fashion. You can also enjoy a concert by Chirp without Kelys moving by pushing his tail up; with his tail down he walks while Chirp sings.

The scales (turtles are reptiles) on Kelys’ shell are individually hand made from high quality leather in 4 different colours, creating a warmer and more natural feel than bare metal.