What to expect from Ventura Projects at Milan Design Week 2018 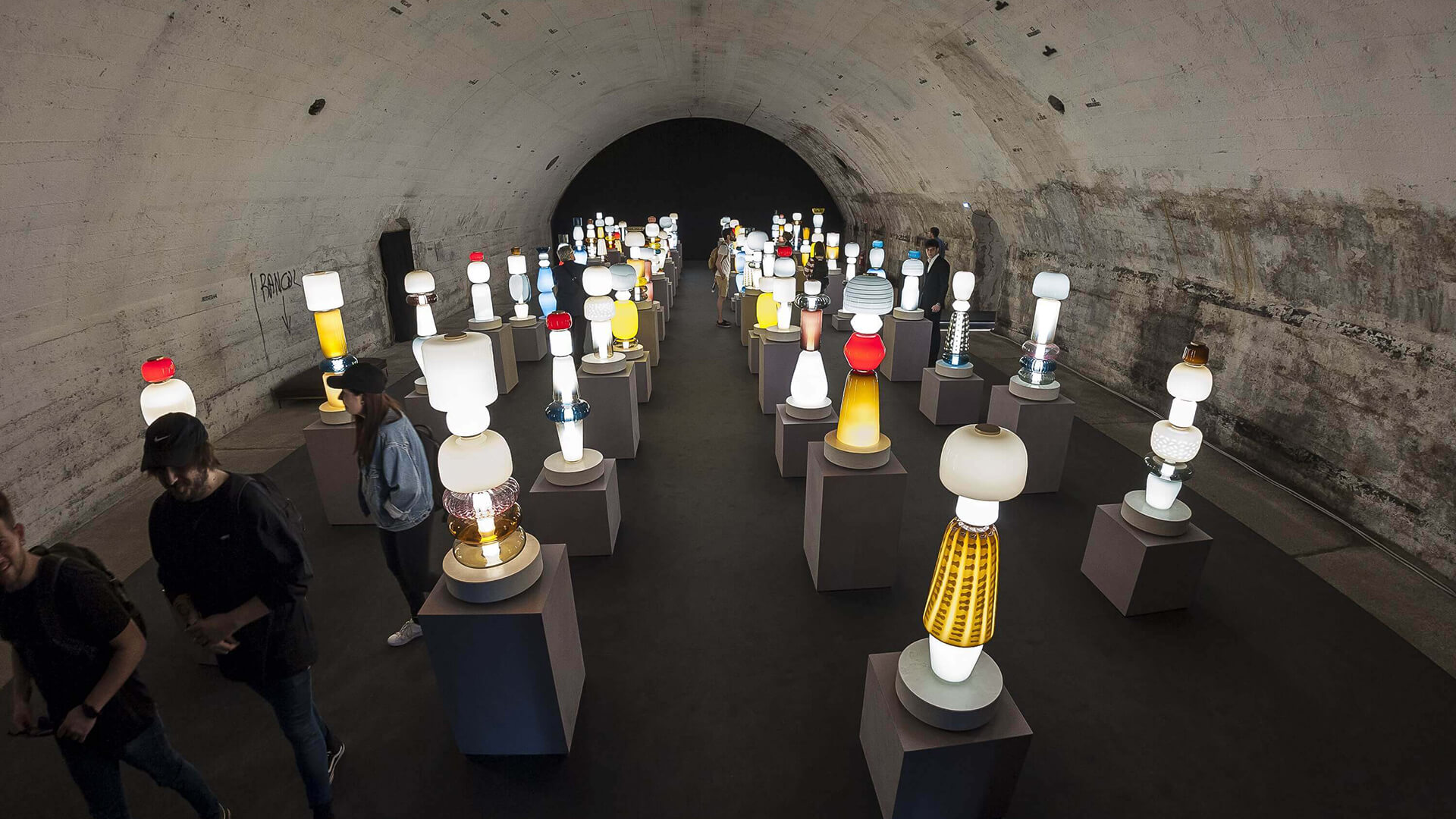 Gathering in the impressive FuturDome building for the press conference, Margriet Vollenberg, founder of Ventura Projects, presented her plans for the two projects Organisation in Design will bring about during Milan Design Week 2018:

FuturDome is one of several locations where they will host curated exhibitions during Milan Design Week.

As Fulvia Ramogida, project manager of Ventura Projects, pointed out, choosing a location on behalf of the designers is a tough, but highly important and rewarding task:

“You have to think that the exhibitors will make it their open house – the place where one can express oneself, present oneself and build their future, welcoming visitors and putting the fruits of their work in their hands.”

From the earliest beginnings, Ventura Projects has always had in common with designers the will to improve, change and experiment.

Handpicking exhibitors and creating design hubs in new, inspiring locations, aims to house the best designers of our generation and strengthen their position in the field of contemporary design as a part of two full-scale projects. 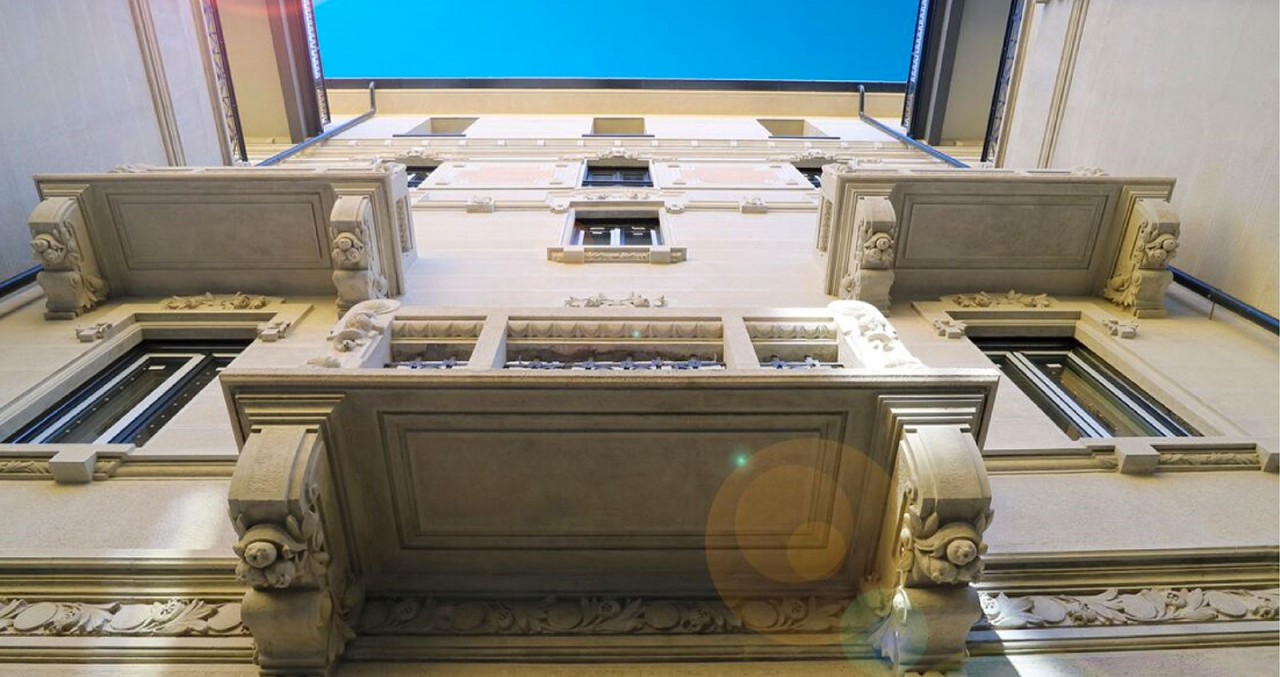 Ventura Future | the next developments in design

In 2018, Margriet Vollenberg – owner and founder of Ventura Projects – continues to inspire change:

“What all designers have in common is that their home is the near future. In that future we see a brave new world that consists of new ideas, new aesthetics, new materials.”

The 1st edition of Ventura Future will bring several locations to life and showcase the most exceptional designs.

First, there is Loft: a read-to-use location, typical of the bourgeois and Milan’s residential districts.

A few steps from Loft there is FuturDome, an independent museum instated in a residential space with an incredible history.

Formerly known as the meeting place of the Futurist movement, FuturDome has become an extraordinary place of research, experimentation and hospitality for the new talents of contemporary art.

In the FuturDome building, Italian high-end design such as Editions Milano, Mingardo, and Mason that mix wisdom, originality, freshness of ideas and style, will be welcomed.

Founders Atto Belloli Ardessi and Ginevra Bria are excited to host Ventura Projects during Design Week 2018 and present the FuturDome Prize for this occasion: a contemporary disciplines prize aimed at discovering, recognizing and give support to a future generation of creators.

Finally, there will be the former pharmacy faculty of Viale Abruzzi, an ancient building with an early-century residency style where former students left traces of their labors – students and design studies that will be now welcomed as exhibitors, who can share with the public the visions of next generation designers.

The second edition of Ventura Centrale is the result of almost twenty years of experience in the creative industry.

This year, an eclectic mix of contemporary design showcasing both emerging as well as established brands, such as: Nitto, Asahi Glass, Stephan Hürlemann and horgenglarus, Surface Magazine with David Rockwell, Editamateria with Antonio Aricò, Baars & Bloemhoff, EILEEN FISHER presents DesignWork, curated by Li Edelkoort, and a project by Fabrica.

More vaults will be open up in the monument complex that is Milan Central Station and will reveal more of its industrial setting.

Again, this will become the perfect backgroup for innovative design installations in the heart of the city!

Mingardo, with direction by Federica Biasi, is to introduce new products of Mingardo Collection at Ventura Future with 3 new names for Mingardo besides her: Mae Engelgeer, Valerio Sommella and Denis Guidone.

Federica has recognised a great potential in the Mingardo products and has proposed a strong synergy within the existing collection, which stresses the sign and the iconography of the products and combines matter and craftsmanship.

The installation encourages beholders to immerse into an interactive experience that calls for disruption and brings bubbles to their boiling point, while inspiring dialog between the users.

“In Play, there is an openness to a possible future, that suggests what everything is to become.”

Alissa Rees – Designer of ‘HH: A Dutch Vision of Health and Happiness’

The idea behind the environment ‘HH. A Dutch Design Vision about Health and Happiness’ is to bring design solutions to the management of conceptual nodes.

Presenting a unique take on ‘the future of design’, this project sets an example for the role of design in future developments.

“I combined my experience in the hospital with being a designer. This resulted in a book of concepts which seek to humanise the hospital.

I materialised both the IV-Walk, a portable IV-Pole that stimulates mobility, as well as HOSPICHIC – a package that gives you the possibility to have a luxury dinner in hospital.“

Since a few months FuturDome is the home of Editions Milano, founded in 2016.

They will present two new collections with Patricia Urquiola:

Editions Milano is also happy to reveal their first project with Federico Peri.

A new collection of suspension lights strongly inspired by the Bauhaus architectures. The external layer – composed of a metal net and a transparent glass – protects and reveals the heart of the lamp, an opal glass diffuser.

In honor of its 25th anniversary, leading American design magazine Surface will unveil The Diner in at Ventura Centrale in collaboration with architect David Rockwell.

As a celebration of American design, it will present as an unforgettable contemporary interpretation of the archetypal American diner.

The installation will immerse visitors in four distinct environments:

Involved are additional emerging and established U.S.-based designers and firms, including renowned design studio 2×4, which is to create the visual identity.

The Diner will be a place to eat, relax and recharge. It will host a daytime talk series during the week and in the evenings, it will transform into a nightclub with late-night performances and parties.

Dutch Artist and Creative Chef Jasper Udink ten Cate combines his passion for gastronomy with the worlds of design and art.

His newest project is a giant dish that becomes a cocktail table.

Designer Jan Puylaert, producer of Ecopixel, suggested to help Jasper out with this concept of a giant dish and, together Jacco Bregonje (creative-director at Hartweil) from Germany, they made the design a reality.

The final project results in a giant ceramic dish-table made in ceramics by Hartweil onto an illuminated wine-holder-table”foot”, produced in the remarkable Ecopixel.

What to Expect from Ventura Projects this Year

Outlining the framework for Ventura Projects, the Milan press conference aimed to show that Organisation in Design selected exhibitors to be presented during Milan Design Week on the basis of concept and quality.

One example of an international Ventura project that surprised everyone in terms of quality is Ventura New York, which was a great success both in 2016 and in 2017 and set the bare high for what they aim to create in March with Ventura Dubai during the INDEX Design Series.

In the words of art director Margriet Vollenberg:

“It is of a crucial importance that designers get a chance to connect with the world, to share their work, their ideas, their passion with the outside world that is such an important motivator of what they do.”

Ventura Projects are founded, curated and produced by Organisation in Design, with over 15 years of experience of event planning, consultancy, production and PR in the creative industry.

The events take place in major design hotspots like Milan, New York and Dubai with a special focus on contemporary design – both by new generation designers as well as by established brands and labels.

They are the perfect place to get inspired and take measure of the ever rapidly changing world of design, and provide the opportunity to view projects and designs as they present themselves to a broad international and motivated audience.