Artemide, the human and responsible light

Artemide is the Italian lighting universe turning spaces into places, defining a language that puts humans at the center of the stage. 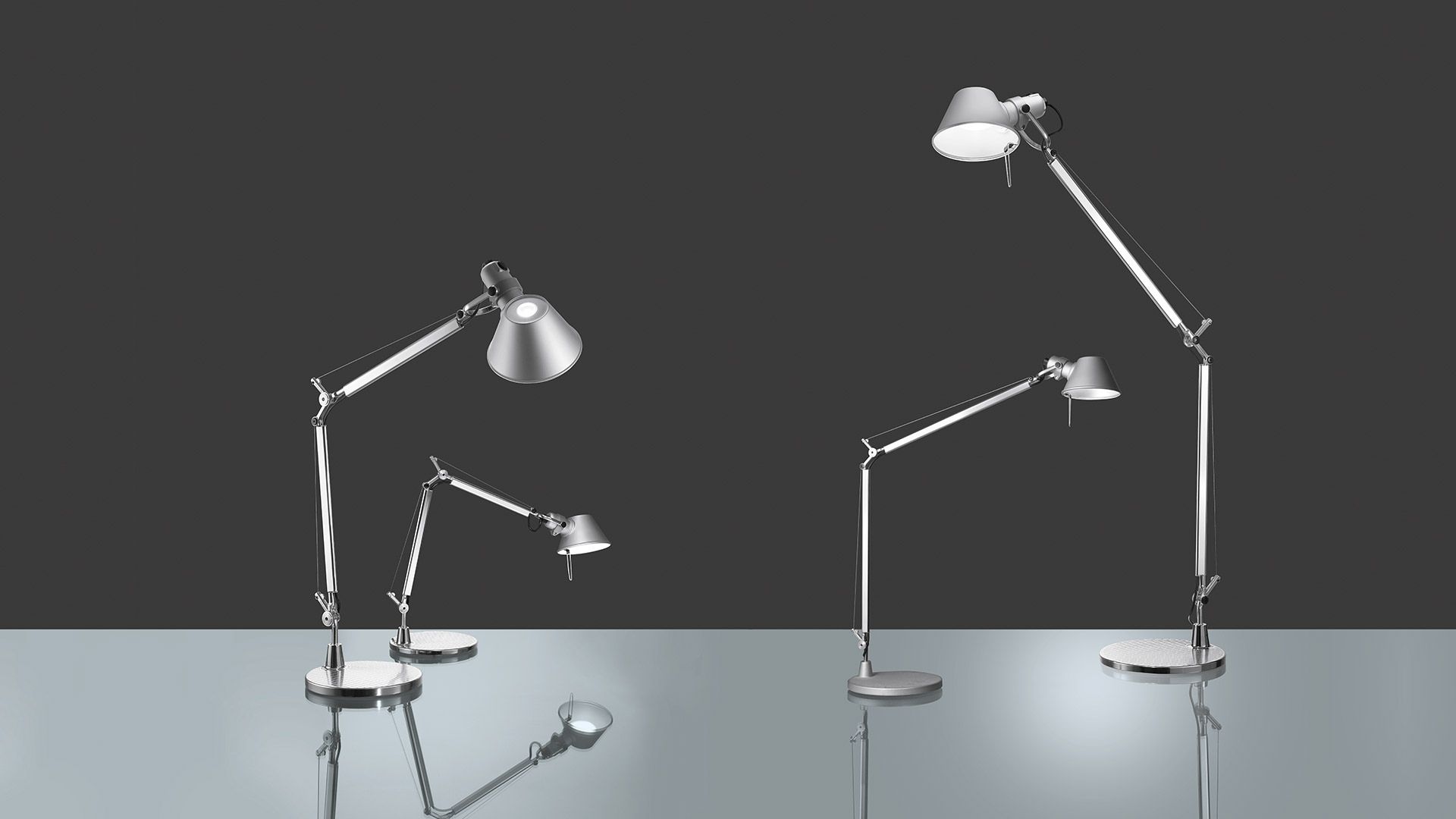 With a catalogue that presented only six products, he gradually turned on the light in millions of homes in Italy, and then Germany, in France, America, Asia. Today, Artemide enlightens more than 100 countries worldwide.

In the 1990s Artemide started focusing on the human dimension of light: the brand transformed the way we think about light, creating perfect concrete solutions to improve the quality of life in the spaces we inhabit.

Today, the brand is giving ‘the human light’ philosophy an even wider interpretation. Investigating advanced forms of interaction between man, space and light, joining together technology innovation, sociological investigation and research on a new photonic interpretation of the phenomenon.

Three hemispheres: a mobile one, the inner shell, and two fixed ones. The Eclisse lamp was sketched by Magistretti on the back of a Metro ticket, struck with the idea of a lantern described by Victor Hugo in Les Misérables.

Winning the Compasso D’Oro won in 1967 and selling hundreds of thousands lamps, Eclisse calls for the user to be the protagonist, modifying the light effect, like the moon’s movement during an eclipse.

Curious to learn the story of other iconic design brands? Read the one of Kartell

According to Michele De Lucchi, successful objects account for 2% of everything that has been put in production, they are a rarity.

To him, the secret behind the Tolomeo Lamp’s incomparable success is still unknown: with few essential items and a great style, half a million Tolomeo lamps are created every year, having an entire factory designated to its production.

Artemide for the Louvre Abu Dhabi

Jean Nouvel realized the Louvre Abu Dhabi as an old Arab city covered by an enormous dome with thousands of irregular starry openings that allow daylight to enter the building.

Artemide was chosen to light up the public spaces with the Cata projectors family: adjusting to continuous change in the natural light that penetrates the dome, the lighting system enhances the masterpieces on display.

BIG‘s ideas for Artemide result in simple products rich in technological thinking. With the Danish architects Artemide created La Linea, a continuous light that goes after the different spaces with linear and curved modules: no shadows, as in the Alphabet of Light, a system that enables the user to write with light.

The Gople Lamp nourishes nature, a colour-changing lighting piece that helps plants grow, creating an ambient that is emotional and insightful for humans, as well.

Red Dot Award in 2009, this cable suspended lighting was originally released in halogen. It was then re-imagined in an energy-efficient LED version in order to last longer and thus embrace one of the cornerstones of Artemide’s philosophy: sustainability.

After all, light itself is nothing but the invisible physical phenomenon that makes everything visible: as the world on which it settles, iridescent and (may it be) eternal.

Find out about other iconic design brands, read the Brand Story of Flos