Designmonat Graz, one of the 22 UNESCO cities of Design, says YES to Design! 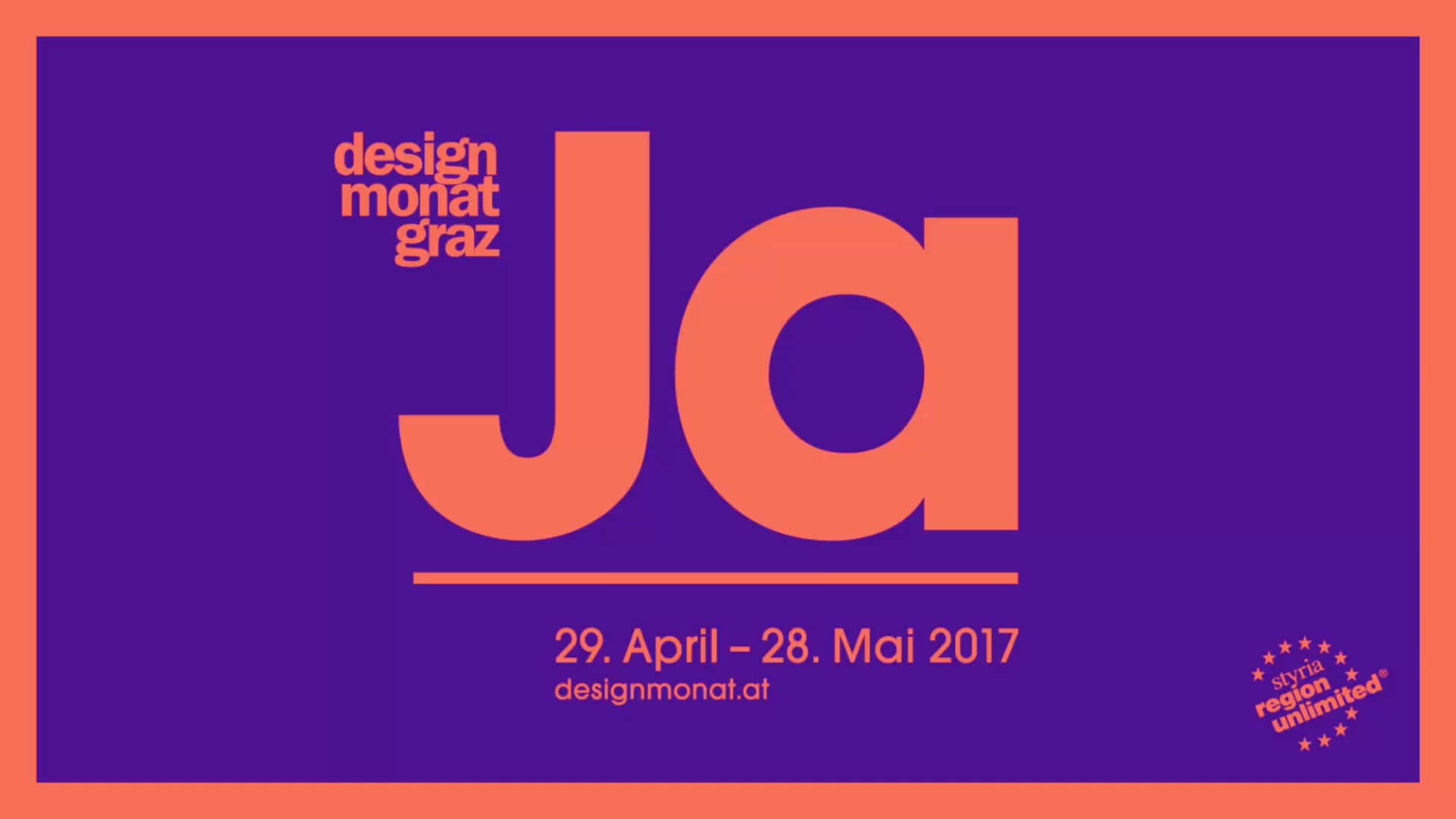 A month full of Design activities, an interesting opportunity to link Styrian creativity & design with people who live – or experience for a short time – the city of Graz.

In this way, Designmonat Graz says YES to Design and welcomes everybody to see how the city, listed between the 22 UNESCO cities of Design, is constantly engaged in implementing design into everyday life.

Organized by Creative Industries Styria, a network of the Styrian industries aimed to raise awareness for the creative sector on a regional and international level.

The event is this year, on its 9th edition, and counts over 120 activities spread all around the city.

I had the pleasure to join the press tour during the opening weekend which gave me the chance to explore and experience Designmonat Graz throughout some of its activities and expositions which are mostly happening for the whole month of May. 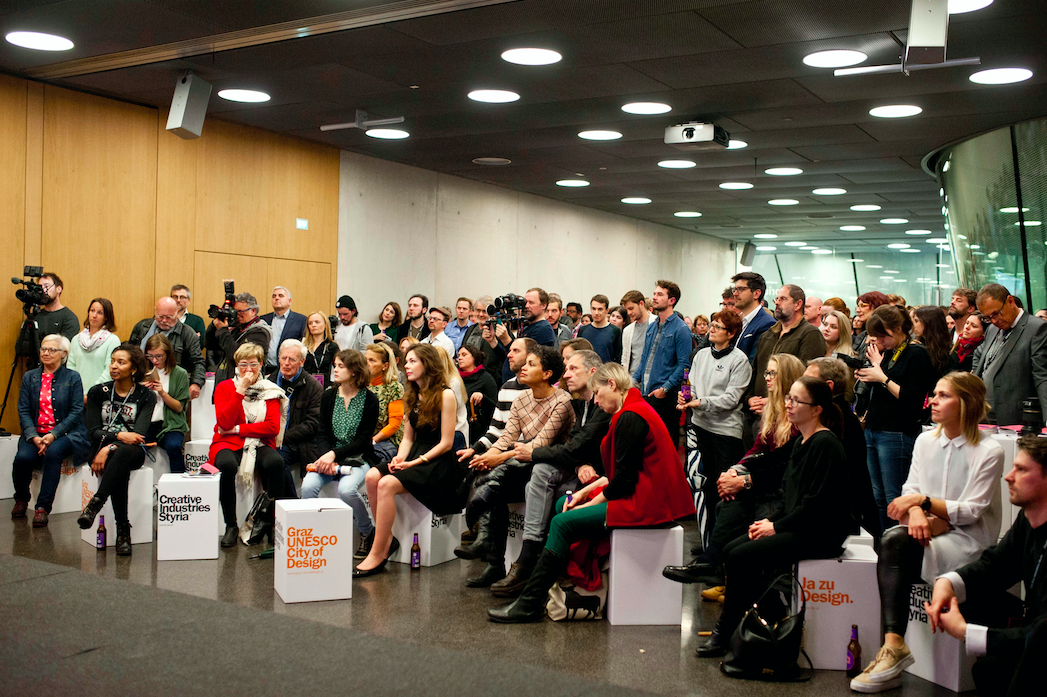 SELECTED is the largest Austrian exhibition in terms of interior and product design, which brings to Graz top level works from all over the world in a unique and fascinating place: the Museum of Natural History

This location has been chosen for the first time this year, and brought together 43 designers from 15 nations, with a total of 150 projects, each of which sensitively integrated in the natural history collection, which rediscovers itself in partly awarded design objects.

The exposition includes an attractive selection of interesting pieces, including: 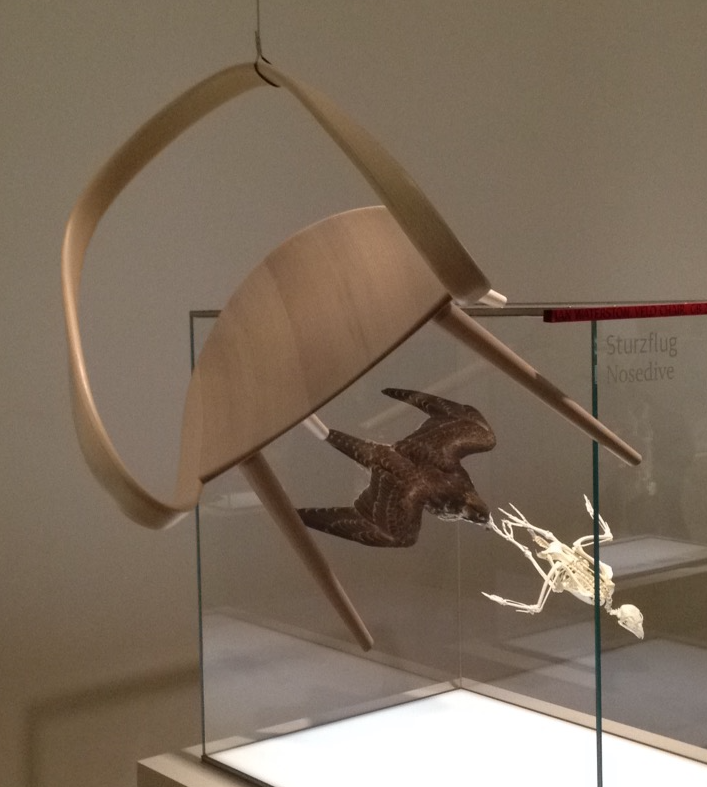 One of the main aims of Creative Industries Styria is to embrace local entrepreneurs during Designmonat Graz.

With the program “Design in the City”, a total of 34 shops got actively involved, presenting their interesting collections, products and creations beyond their daily routine. 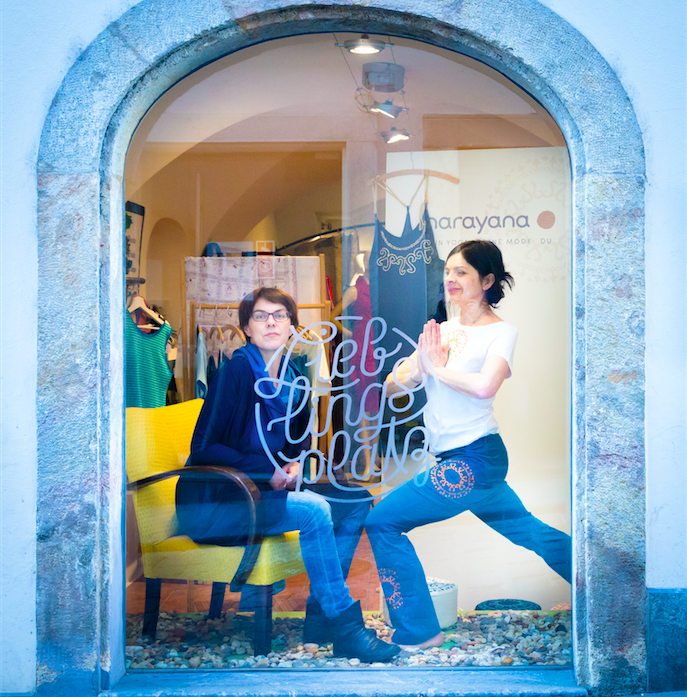 It’s also worth mentioning the project called Be Urban, run by the BoConcept shop.

This workshop brings together students of the HTL Moedling who implemented a prototype of the famous Ottawa chair designed by Karim Rashid. 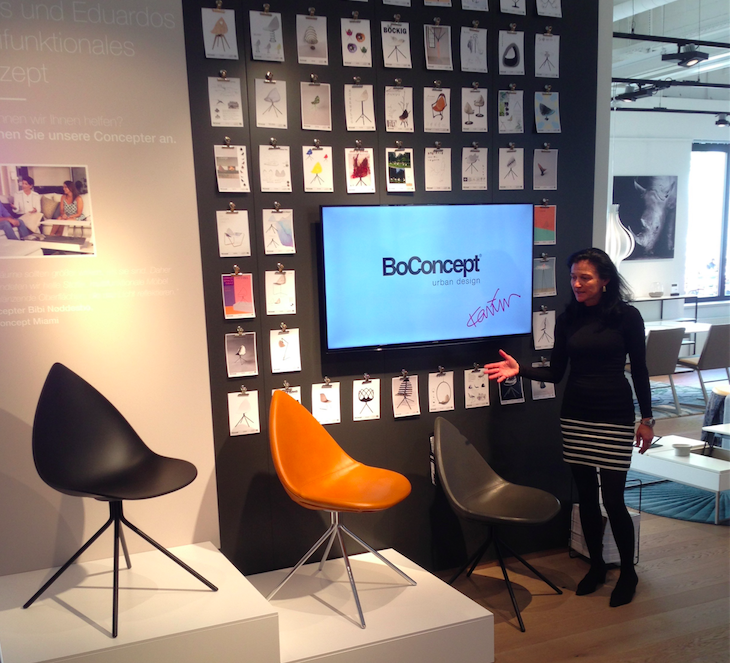 Be Urban by BoConcept

If getting in touch with local shops and entrepreneurs is a great opportunity to experience the Designmonat Graz, it’s of great value to mention the fascinating sound light show, called “Klanglicht”, which took place during the opening weekend.

Five different areas of the centre were filled in with sculptures of light, carpet of colours, projections, video installations and music curated by artists from six different countries, which created a wonderful visual atmosphere.

The 10-minute sound light show projected on the facade of the Opera House is a precious feature of the Klanglicht, a show which took over 3 months to be developed. 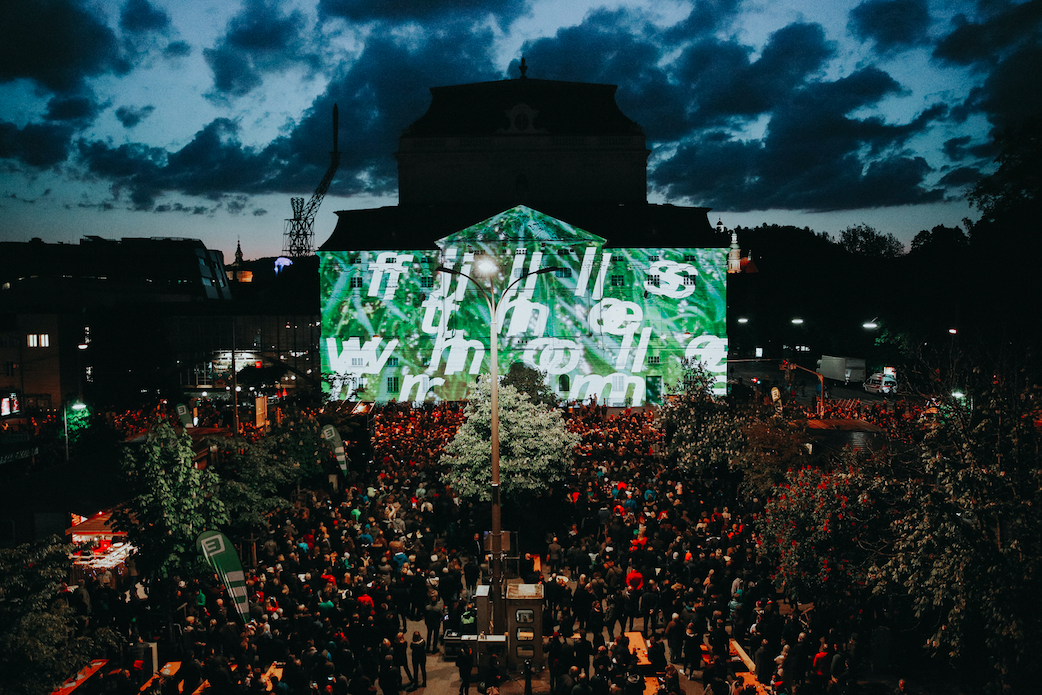 Design is constantly changing and we perceive this in our daily life, especially through the equipment we always carry with us, such as portable devices.

Taking a look into the future of communications requires also an analysis of past innovations.

The 70’s were a special era for communication and media design, and the Orange Age exposition aims at showing the visions and utopias of a period of unconventional design creations by exposing the private collection of Mr. Heinz M. Fisher, set up with the furniture provided by the Italian Fantoni Group. 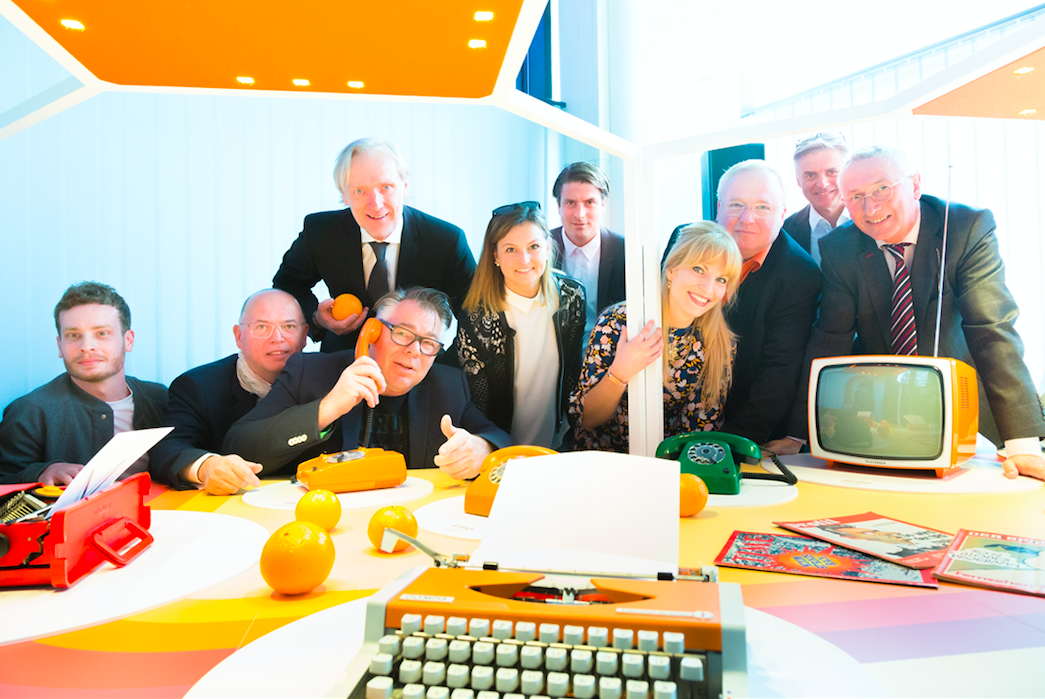 During Designmonat Graz, a Styrian culinary matter of taste with the winery experience

Such a monthly design event could not leave out a culinary experience related with what this region has to offer in terms of local gastronomy.

The wine tasting event, organized by Creative Industries Styria, took us into the Styrian countryside, exploring the delicious wines and food locally produced by the Weinhof Krenn 49 winery.

Exploring the city of Graz: a unique experience between old and new architecture

When a city is listed among the Unesco “World Cultural Heritage Sites” it surely has something unique to show.

While walking around the city, it is easy to feel the great architectural balance between the old heritage and and the new buildings perfectly integrated with it.

The Murinsel is a stunning example: a floating platform on the Mur river, functioning as a link between the river and the city centre, as well as a place to relax with a cocktail or a coffee.

It was designed by the architect Vito Acconci as part of the city’s role as Capital of Culture in 2003. 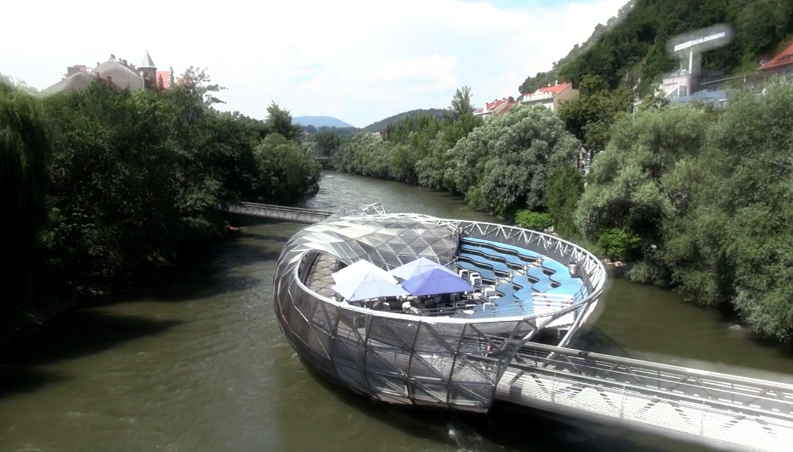 Nowadays it is very popular to hear more and more people talking about Smart Cities, Smart Living, and about the impact they will have on a daily life.

In this concern, my last day ended with an enlightening meeting with the architect Markus Pernthaler, who explained us the Smart City Graz project, with a focus on the Science Tower which will be the first building in the world that uses large-area transparent energy glasses in the facade.

The tower has a peculiar way of using the energy generated directly from exposure, computers and electrical equipment, minimizing the losses by using optimized electronic components and an intelligent energy control system.

This is truly an important contribution to achieving the social, ecological and economic goals towards developing the new district. 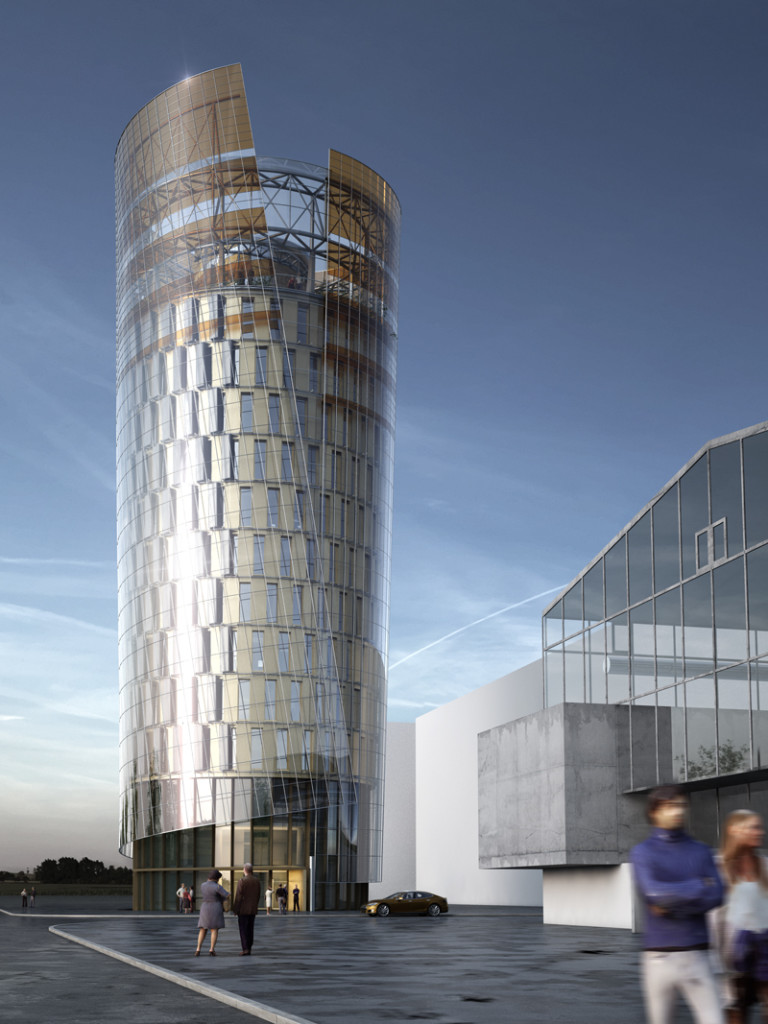