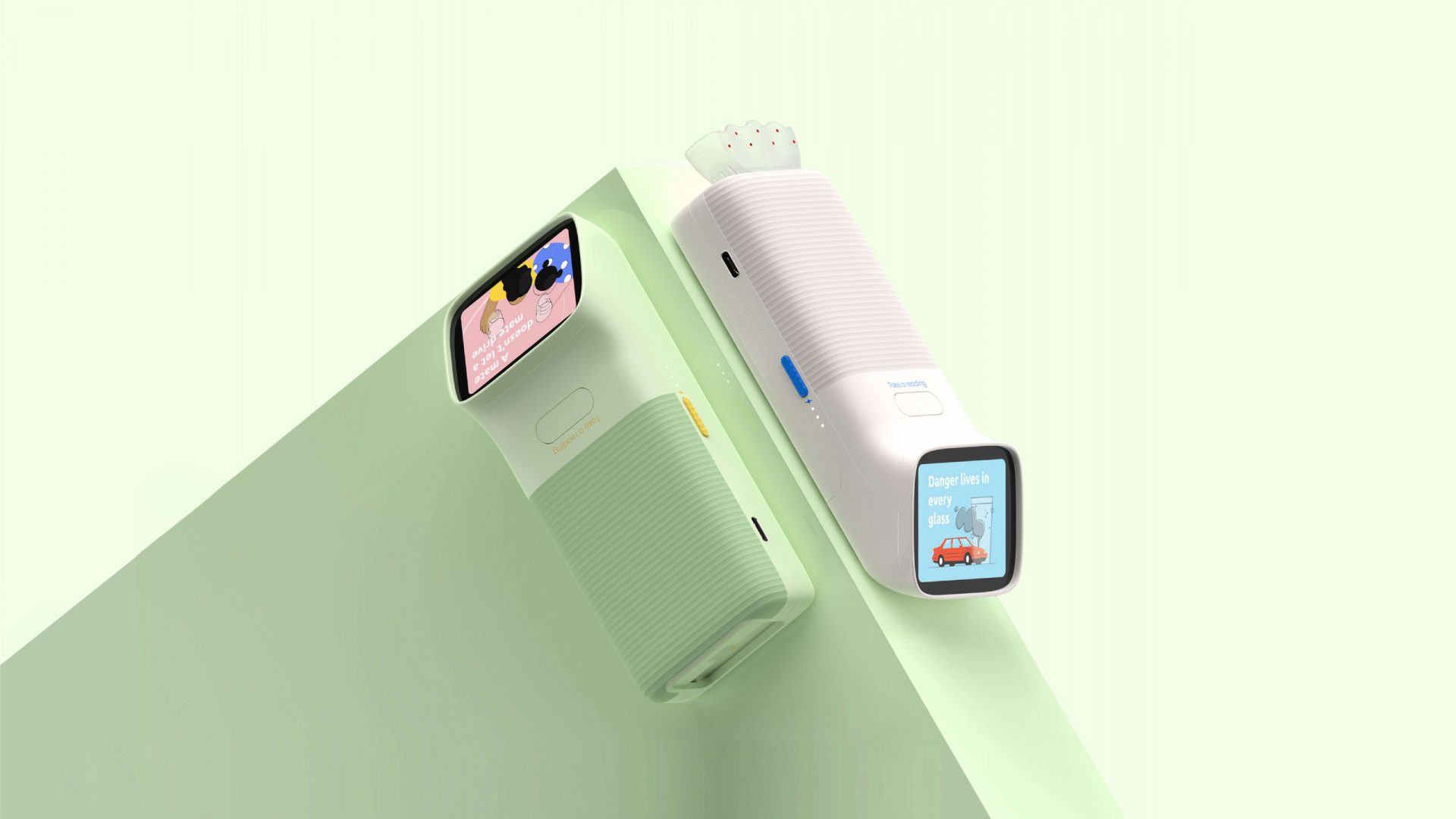 Guaro’s design removes the uncomfortable, authoritative experience of using a breathalyser and creates a more acceptable, friendly and social activity.

The problem with breathalysers is that when you think of one, the image in your mind also includes a regretful night, an uncertain future and a police officer. A device that could save lives has so many negative connotations there’s no wonder it’s not deemed normal to carry one around with you.

To combat this, product designer Chris Barnes created Guaro, a breathalyser that completely redesigns the experience of using one. Pronounced Gw-ar-o, the concept device features a compact and transportable design sporting a discreet and aesthetically pleasing appearance.

To decide on the final design, Barnes created a series of foam models and tested them using a study group to figure out which one garnered the most positive response. He also designed a series of interchangeable blow funnels and incorporated on-board storage so that users can share the device on a night out.

The blow funnels take inspiration from cactus flowers and sport a series of dots to deter the user from making mouth contact and preventing cross-contamination.

Interested in health-related products? Don’t miss The Hiccaway straw is a cure for hiccups inspired by a McFlurry spoon.

Barnes has included a series of intuitive touchpoints that make the device simple to use for anyone that might be a little tipsy. Simply take one of the blow funnels and attach it to the base of the device, blow into the device and wait for feedback.

The entire process is detailed on an LCD screen, which displays the final result. The designer has opted for a traffic light system that includes “Low”, “Should consider not driving” and “Unsafe to drive”.

To reinforce and enhance its social application, the device displays the user’s alcohol levels within a range rather than an exact reading. This is to discourage users from comparing and competing against each other to see who can get the highest reading.

“Guaro has been designed for social environments, encouraging people and their friends to behave responsibly when it comes to drink-driving,” explains Barnes. “Whether in the home, for social gatherings such as dinner parties or public spaces such as bars and restaurants.”

“Guaro’s design removes the uncomfortable, authoritative experience of using a breathalyser and creates a more acceptable, friendly and social activity. This approach [encourages] the user to consider their actions and make the right decision.”