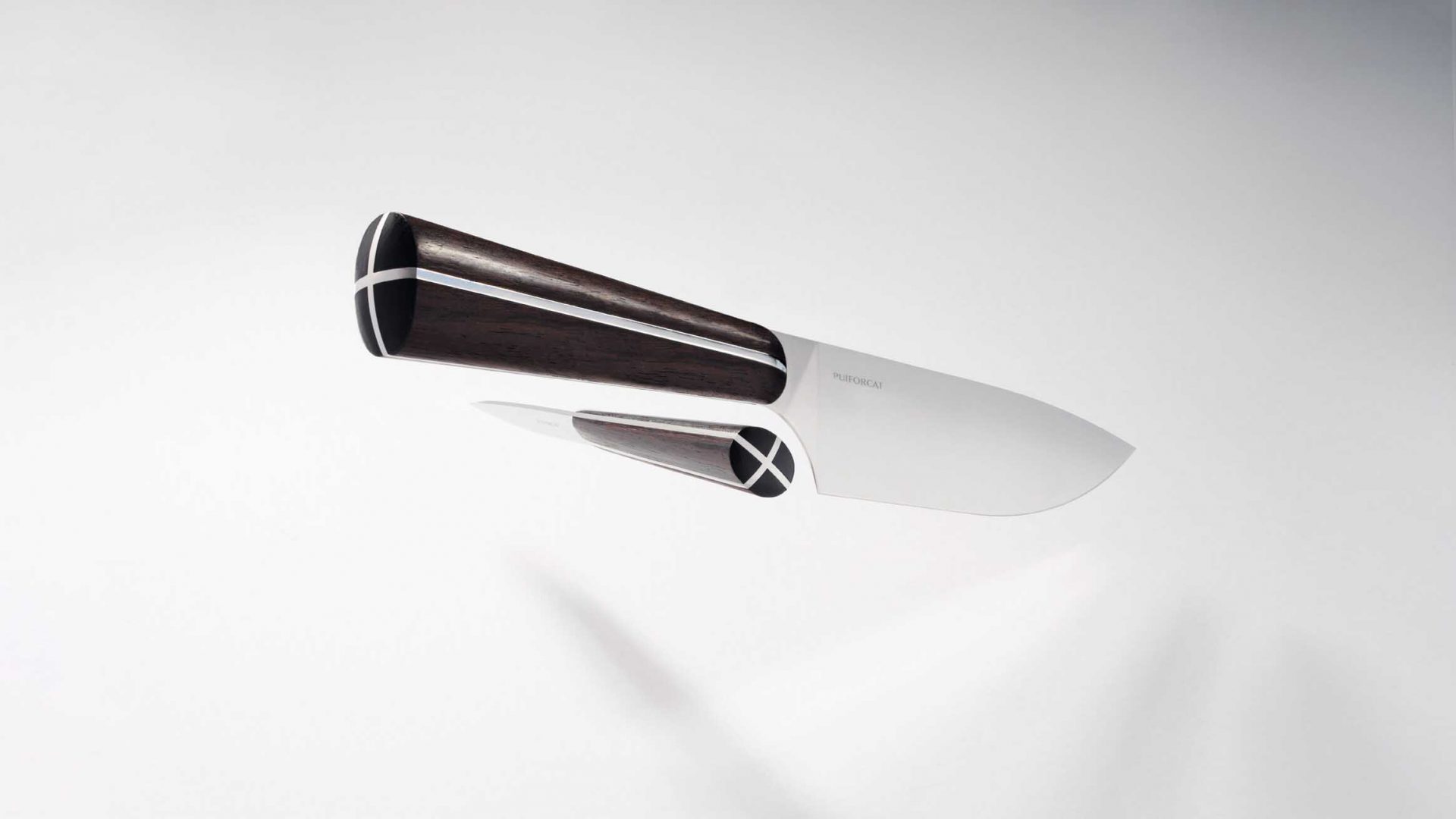 On a design exploration path, Gabriele Pezzini is looking into the relationship between human behavior and daily-life objects through meta-projects.

Born in Charleroi in 1963, Gaberiele Pezzini is one of the most influential Italian contemporary designers. His strong artistic education which includes the Art Insitute and ISIA (Istituto Superiore per le Industrie Aristiche) has driven him into the field of experimentation.

In 1991, Pezzini joined the international designers’ team in the French company Allibert, where he worked until 1997. He opened his own studio a few years later in Milan, focusing on research projects, in which he explores and analyzes the perception and cross-contamination of daily-life objects, through meta-projects.

Pezzini worked as a design director for Maison Hermès for several years and has lectured in different universities. He has organized several exhibitions, among which is “Che fare” in 2010, where he and the great designer Enzo Mari displayed their work that stimulated a critical discussion on the situation of industrial design today.

Who is Gabriele Pezzini? How did your journey in design begin?

I came from an art school, I encountered design through the first and most esteemed design school in Italy, ISIA (Istituto Superiore Industrie Artistiche). The chance of being admitted and the masters that taught me there, such as Jonathan De Pas, Enzo Mari, and many others, have led me to this unknown world at this time.

It took me a while before understanding my place in this world, its meaning, and its purpose for me. My time studying was itself a marvellous journey of discovery and experimentation, full-time, day and night. At that time, with my classmates, my whole life was devoted to learning what design could be. Any occasion was a purpose for a research project, questioning school issues during daily life.

Already in the ’90s, I co-founded a gallery in Florence, that allowed me to share my research. I decided however to move for international and industrial experience, to better understand what production stands for. The idea that learning in design is formed through practice was already in my mind.

From this experience, the good and the wrong emerged. I set up my own studio but it took me several years, and a lot of energy, to rebuild my soul smashed by an industrial mindset. It was only when I move my agency to Milan in 2000, that my real journey in design began.“

Why focus on product design?

Gabriele Pezzini: “I never focused on product design, what my school taught us and what I’m still looking for, are the life frames where things happen. Those events include products and social interactions, that naturally leave emerged objects. So, by taking the path in the opposite direction, products became the way to understand behaviours, and how objects can strongly structure our mind.

I started to learn how to read beyond the phenomenal appearance, to observe objects, and to understand how they are made. Artefacts are at the same time object and product, but in reality, they require a different state of mind. Maybe designers are those people who can move between the two sides of the same essence.

I started to learn how to solve problems, and suddenly my ultimate goal became to escape from the products themselves, focusing on human-being relation with objects. This is what enabled me to work in fields such as automotive, helicopter and yacht industries, where often a specific knowledge is mandatory; unbelievable projects that I had the chance to develop when I was the design director at Hermès.”

You say that you learn about life when you design products. Could you share with us some failures you went through in your work and what did you learn from them?

Gabriele Pezzini: “Learning is not only about myself, or how to become a better designer. My practice was first, a deep observation of human behaviours in a large spectrum, from producer to customer, following my behaviour versus objects, which brought me to the path of sociological and philosophical questions.

Production suggests economic and social issues that go beyond simple objects. Mass production brings in ecological and educational problems, and those issues interest me today, maybe, more than the objects themselves. So, it wasn’t a hazard when in 2010, Enzo Mari and held the exhibition “Che Fare” in Paris, and that a few years later, I went back to university to get my master’s degree in philosophy at the Sorbonne in Paris.”

Following the flow of composition, curves and elements to design quality products, how do you balance aesthetics and functionality?

Gabriele Pezzini: “Functionality can bring aesthetics, such as the opposite, but that is a difficult exercise. I found the way to do this maybe once, with Match radio, a portable radio sold by Muji in Europe, in which the aluminium case that made all the aesthetics of the product, had the primary function of being removed to replace the batteries.

There are often many balances that we can set up between those issues, the territory where the object plays its existence, defines where it should be moved. For example, if today, we look at tools such as a hammer or a screwdriver, the overwork done on aesthetics makes them annoying, the same goes for the toothbrush. It drives me crazy to find a simple toothbrush that doesn’t look like an alien object.”

“On another side, for some furniture, aesthetics could be more important than function. The proportion between those two issues could be a choice, and it depends on the semantic that we define and behaviour interaction that is requested.

Probably chairs are the products where this balance should be perfectly managed equally, the best example that I always used to share with my students during workshops or courses, is the Charles Eames‘ production; in his chairs, we cannot see where the function starts and the aesthetics end.“

You consider meta-projects essential in your work. How would you define these projects? And what role do they have in your design process?

Gabriele Pezzini: “Meta-projects allow us to go beyond products linked to the market. Their process is a deep research that builds strong thinking about the meaning and what makes sense.

But more than that, through this practice, we can discover the essence of artefacts, where they come from, and what more they could be. In the human science academic world, you have researchers that ask questions about what looks like the banality of daily life, the goal is to reveal what is hidden beyond habits and common sense.

In one way maybe, with less accuracy, this is what me and other designers try to achieve with meta-projects. This approach reinforces the natural attitude of observation, and the possibility for the development of new products to become smart object, meaning products with a kind of affectivity, that transform a simple interaction to a pleasing experience using them.“

Your creative process is mostly driven by the mind. What is the hardest aspect you encounter as a designer who defines himself as a thinker?

Gabriele Pezzini: “The most difficult thing for me is to repeat myself. Since I’m looking for archetypes, I often cannot design the same product typology, otherwise, it becomes a mannerism for me.

Maybe I am wrong, but for me, design is an intellectual work, that inclines me to avoid any compromise and makes it sometimes difficult to manage those self-requirements. Nevertheless, this attitude, makes it possible to deliver timeless objects, and when that happens it makes me very happy because it means that I touched the object’s essence.”

What’s next for Gabriele Pezzini?

Gabriele Pezzini: “I have been supporting companies in brand strategy and art direction for some years, and when it is needed product designs take shapes in an organic way. Far from social networks, for now, I’m working on a new book, which the title will be “Drawing by life”.“

Discover how other designers are looking into human behaviour with products, don’t miss All about simplicity and creating a special link between people & objects – Marc Venot interview.