Spaces that tell a story – Interview with Jotta Studio 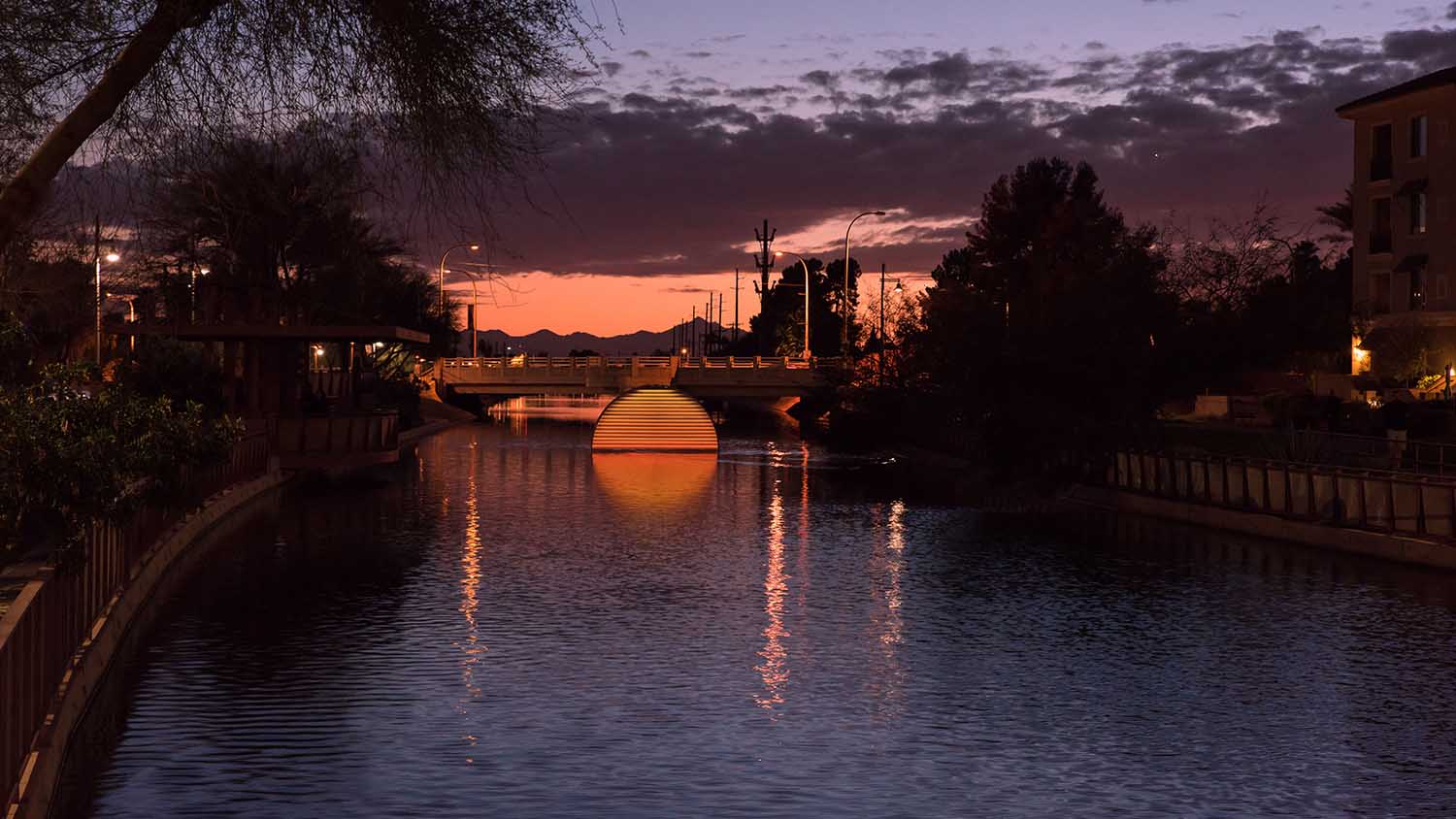 Jotta Studio brings stories to life in the built environment, by creating experiences that range from temporary exhibitions to permanent installations.

Founded by Ben James and Alan Terence in partnership with Central Saint Martins in 2009, Jotta Studio develops narrative-led spaces ranging from temporary exhibitions to permanent architectural installations. The studio brings competencies in spatial and interaction design together with content creation and stage direction for the production space.

Who are Ben James and Alan Terence? How did the journey for Jotta Studio begin?

Ben James: “We launched in 2009 but there was never really a defining, founding ‘moment’ for Jotta as the idea for it was realised over time working in partnership with Central Saint Martins and the Design Laboratory (which was also based at the University).

I can, however, remember the first time the phone rang and I answered “hello, Jotta” – I felt sure the person at the other end was going to accuse me of bluffing. It was a strange moment where this fictional construct of a studio that had been discussed in meetings, phone-calls and emails – suddenly became real.

Originally we were based in the same studio as Design Laboratory at Central Saint Martins before moving to our own space around the time the campus moved to Kings Cross. Where the Design Laboratory focused on branding, packaging and product design, Jotta always had a more spatial focus bringing together skill sets across architecture, fine art, curatorial practice and theatre design.

Ben James and Alan Terence are both original founders of the business with Ben continuing to head up the design side from Berlin and Alan, the business side from London.”

Why Jotta Studio, why focusing on narrative-led spaces including temporary exhibits and permanent architectural installations?

Ben James: “The studio’s interest in creating narrative-led spaces naturally emerges from the cross-over of interests in the founders and has continued to be shaped and defined by the people who work or have worked at Jotta. In this sense, the studio has always coalesced around curatorial, architectural, and stage direction practices and decision-making processes.

While the studio, like many, has gone through periods of expansion and contraction – the team has always been small with a maximum of four people at any one time. This has meant that every person who has come through the studio has left a trace or an echo of some sort in the way we think and design.

Addressing your question about goals. The studio now primarily focuses its work in two spheres. The first, is designing exhibitions and installations in partnership with cultural institutions and artist-led spaces (we also co-run a separate not-for-profit arts space in London). The second, is working on commercial projects with architectural practices such as Jump Studios and Fathom Architects.“

Ben James: “There’s a contrast around the temporality of projects in these two spheres that seems to keep the studio creatively balanced. With exhibition-led projects, we’re collaborating with curators and artists on designs that often have relatively short lifespans contrasted with architectural projects that tend to be longer-term and have more permanence (of course there are exceptions to this).

Alongside, we’re increasingly working with architects and artists on research-driven projects – most recently this has been evidenced through a project we worked on with aural historians On The Record and the Bartlett at UCL that combined sculpture, LIDAR scanning, and analogue film to trace a history of two abandoned hospitals in London.“

If you want to know more about impressive urban interventions, don’t miss “Why can’t a city centre be covered in plants and colour?” – Interview with Camille Walala.

In the project created for American Airlines, guests were taken on an immersive experience with eight large scale kinetic panels that were programmed to move in synchronisation when triggered by custom lighting. Where do you get inspiration for your projects?

Ben James: “As well as working at Jotta, the majority of the team continue with their own personal practices (including the founders). Everybody brings the influence of their own practice into the way we design – architecture, theatre, curatorial practice, industrial and graphic design.

We also look to support each other in our personal projects – for example, one of our designers had a show in our partner exhibition space recently while another member of the team composed the music for a film someone else in the team made.

It’s this research and practice in our own work that comes through in what we do as a team. I think maybe because we’re so invested in each other’s practices, as well as in the studio, we fundamentally understand what projects we should take on and where our skills can be utilised.”

“In terms of this project for American Airlines, the design was led by Sebastian Kite with myself and Netta Peltola and production by Will Laslett (now at UVA). Thinking back, our references at the time likely included names such as Nancy Holt, Dan Graham, Ann Veronica Janssen and Conrad Shawcross.

The eventual form of the installation – and its use of synchronised lighting, sound and rotating panels – speaks to Jotta’s heritage of designing projects that bridge the relationship between space, technology and experience.

At the time we had access to a workshop space on the canal near Broadway Market in East London (now inevitably a block of flats). I remember us prototyping one spinning panel as a proof of concept. I think it’s like most of our projects – we’d used all the elements of technology before, but not in this way or combination and that’s always where the challenge is.

Sourcing motors with the necessary torque, creating a mounting that would keep the integrity of the acrylic, designing a software program to control and sync the panels with sound and light – we knew these would all be big issues – especially with the unfeasibly tight deadline we were given.“

“What we didn’t expect was that something that we’d done hundreds of times before – adhering vinyls – would almost jeopardise the project. The coloured vinyl material we had to use was super thin and brittle while attracting dust particles in the air. As we projected light through the rotating panels and the vinyl, those dust particles became large and distracting.

I remember phoning the vinyl supplier to ask if they had any advice and on checking, they told us the vinyl would not be able to be applied successfully without an undercoat, which no one in the UK had. Suddenly, what had felt like a mild irritation just a few days earlier became a big problem.

I remember our designer Netta galvinising us into building a makeshift clean room out of scaff poles and dust sheets we had in the workshop. From here we organised what felt like some kind of dystopian Fordist production line for adhering vinyl.

Once we had a system, we dared not stop in case the conditions changed. This meant working late into the night, not helped by an impromptu rave that kicked-off in a warehouse across the road. A group of about 5-6 ravers managed to get into the studio from an unlocked door and thought we were performance artists rehearsing!”

For the Serpentine Galleries project you designed a sculpture that acted as the start point of the digital AR experience; a bridge between the physical and virtual. What is one aspect of your job that is difficult and little known, but definitely crucial to your practice?

Ben James: “Jakob Kudst Steensen was the first winner of the now annual Augmented Architecture commission at Serpentine Galleries. The artist had never created a sculptural work before so it was mine and Sebastian’s task to realise a design that was guided by Jakob’s practice and the AR experience he had constructed.

Realising this was the first part of the work many visitors would engage with, it absolutely needed to feel like Jakob’s work and not ours. We therefore adopted an exploded form of an orb which is a graphic device used extensively in his work. Alongside, we used a 3D model at the centre of the sculpture that he designed. The work was challenging to realise due to tough Royal Park regulations, a very tight budget and turnaround time.

I guess perhaps in some ways this feeds back to the ‘hidden’ element of the studio – that we are all practising artists, designers, curators and researchers in our own right. With that comes a sense of understanding and sensitivity into how working practices and collaborations such as this one might operate.”

What kind of feedback and reaction do you receive when people pass by your creations?

Ben James: “As a studio, maybe we hang back a little bit. We don’t really brand our work and to be honest, I think most of us are happier stood behind a mixing desk than being in front of it.

A lot of the time, we’re part of a bigger collaboration too so it would be slightly narcissistic to go out looking for attention. Of course, it’s really important that we know whether something works and to understand critical reaction, but we’re really focussed on practice over PR (I think that might show in our woefully maintained Instagram account!)”

Collaborating with a wide range of educational institutions including The Bartlett at UCL and Falmouth University, what is the next step for Jotta Studio?

Ben James: “We’ve been working on three exhibition projects – a major arts project for transmediale in Berlin (transmediale.de); the design of a new artist moving image space in London (currently on hold due to Covid); and a touring exhibition about the colonial history of palm oil in North America.

We also have a semi-permanent installation that was due to be installed in North London about now, but has been pushed back to October this year.

Alongside, as you point too, our founders continue to teach at The Bartlett and Falmouth University and are lucky to have strong relations with other universities including Central Saint Martins, Camberwell and Exeter.”