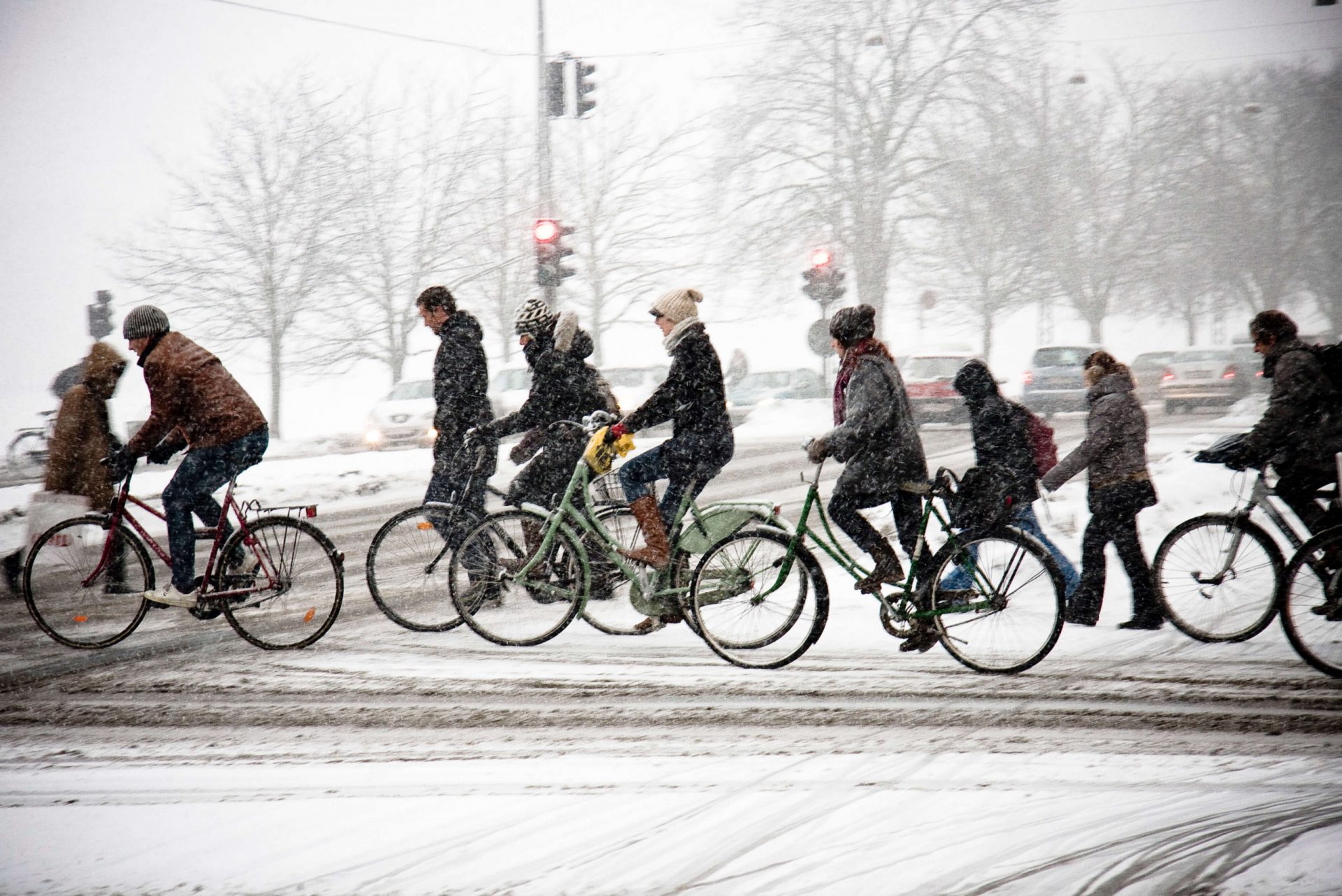 With a background in urban studies, James Thoem has been dedicating his career to understanding efficiency in mobility within cities. His work at the Copenhagenize Design Co. not only drives a global dialogue around sustainable, public health, and innovative mobility but also promotes the increase of bicycle users in a city as an integral part to improve quality of life.

As a multi-disciplinary consultancy, the Copenhagenize Design Co. offers a diversity of bicycle urbanism-related services and works on planning cities, districts, and neighbourhoods to integrate a simple, logical, and human approach on cycling networks through a bicycles-as-transport approach. Their most recent edition of “The Copenhagenize Index” – a holistic ranking of bicycle-friendly cities – includes Vancouver, Taipei, and Bogota in the top 20 for the first time.

DesignWanted was honored to interview James Thoem who will be participating as a guest on the upcoming event by Workitect: “Smart Working & Mobility: work and the cities of the future“ a virtual round table to discuss the changes in work culture and smart working habits, new paradigms in mobility and the impact these will have on the future of cities.

Who is James Thoem and how did your journey in urbanism begin?

James Thoem: “Originally from Canada, I began exploring cities from a young age on my skateboard. My initial interest in urbanism began with ducking down alleyways and trespassing into drainage ditches in search of places to skateboard, but also to better understand my urban surroundings.

It was only after stumbling upon the Urban Geography program at University of Toronto that I had a bit of a professional and academic awakening as an urbanist.”

Why Copenhagenize Design Company? Why focusing on bicycle planning for cities?

James Thoem: “Here at Copenhagenize Design Company we work to make cities more bicycle-friendly. But the truth is that we aren’t cyclists. Sure, we ride a bike to get to work. But only because it’s the quickest and easiest way to travel through a city with such reliable cycling infrastructure as Copenhagen.

And as such, we aren’t promoting cycling infrastructure for cycling’s sake. It’s for the city’s sake. For healthier, cleaner, more efficient cities where residents have multiple choices for how they get around.

Are you a cyclist or want to know more about great bikes? Don’t miss the 7 ½ electric bicycles to turn you into a daily rider.

What are the most important changes and trends in the use of bicycles in recent years?

James Thoem: “The beautiful thing about the bicycle is its timeless design. In many ways, the bicycle design and bicycle infrastructure designs that worked a hundred years ago work just as well in today’s modern world.

But without a doubt, the most important innovation in urban cycling in this century is the bike share concept. When Paris implemented its Velib program back in 2007 it showed to the big cities of the world that bike shares can work on all scales.

And in turn, it showed that you don’t need to wear special technical clothing and helmets to ride a bicycle. All of a sudden the world was seeing photos of super elegant Parisians getting cycling through their city in style.”

The pandemic is having a positive collateral effect on the use of the bicycle in urban areas: what do you do to help a city becoming bike-friendly?

James Thoem: “The most important thing for a city to recognize to become bicycle friendly is infrastructure. Without safe, reliable and connected infrastructure, the majority of residents will not feel safe cycling. And if people don’t feel safe, they won’t choose to cycle.

Many cities have accommodated increased bicycle traffic during the pandemic with temporary bike lanes. This has made for great images and headlines, but the challenge now will be to “plant that flag” and convert this infrastructure into something permanent and safe.”

What are the main struggles that a city encounters in becoming bicycle-friendly?

James Thoem: “Political will. Without the political will to invest in a connected network of safe and comfortable bike lanes, a city will never become bicycle-friendly.”

The Copenhagenize Index provides a ranking of bicycle-friendly cities: how is the index defined and what do we learn from it?

James Thoem: “The Copenhagenize Index is the most comprehensive and holistic ranking of bicycle-friendly cities. Published every two years in collaboration with WIRED magazine, the Index drives global dialogue around sustainable, public health, and innovative mobility.

As cities around the world are increasingly recognizing the role of the bicycle as a mode of transport, the Copenhagenize Index has emerged as a benchmark in charting commitment to cycling investments.”

“The latest Copenhagenize Index, published in 2019, saw many familiar faces occupying the top ranks. But the real excitement is seeing cities such as Vancouver, Taipei, and Bogota climb their way into the top 20 for the first time.

Because of the relative affordability, simplicity, and size of cycling infrastructure and policy compared to other modes of transportation, this sort of upward mobility into the top 20 is possible.”

You will be attending the event “Smart Working & Mobility”: what are you looking forward to the most?

James Thoem: “I’m really looking forward to engaging in conversations with participants and the audience around the role of cycling in 21st-century cities.”

As an urbanist, James Thoem is working to make cities more bicycle-friendly: find out how designers are rethinking mobility to design better cities.