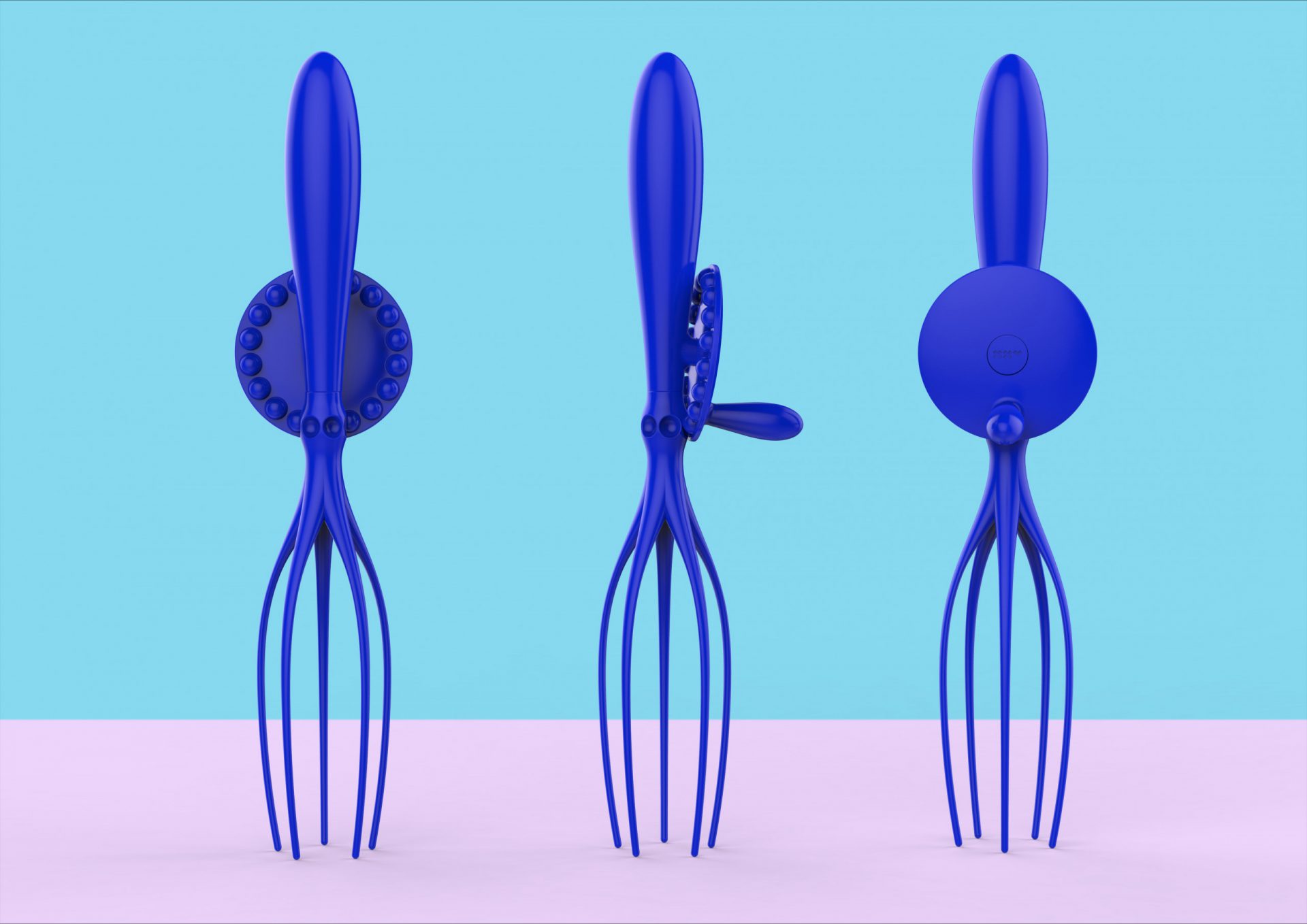 Do you remember your grandmother’s old manual whisk and its complicated construction?

How it looked like a drill than a kitchen utensil?

Well, designer Jaro Kose did and he went back in time to redefine the chaotic construction.

By replacing its traditionally sharp mechanisms with round organic forms, it provides an ergonomically preferred design that is much easier to clean too!

“I believe that at a time of pervasive technology, there is still a place for manual objects. I feel more spirit in things that require our touch, muscle-power or time” – Kose

In every project, the designer combines functionality with innovative ideas; to transform everyday objects into a creation that challenges the conventional views and archetypes.

He does this with the Invader whisk and the use of modern design with organic shapes and colors to reimagine the traditional whisk design that we all know.

While the ‘invader’ product may appear alien with its slick, modern shapes, its design is much simpler; a trait that runs through all Kose’s designs. Whilst it is safe for kitchen use with food, the redesigned whisk compromises of four elements that are easy to assemble.

Whilst the fully functioning prototype was created using 3D printing, mass production would involve the use of polypropylene or metal.

Kose accepted a challenge of redeveloping a design that has consisted for 60 years.
The sharp and intimidating original design carried some safety risks such as trapped fingers or little cuts. By taking these and several more factors into consideration, his design is much friendlier to look at as well as being safer to use.

This inviting, quirky design is a product you would happily show off in an ornamental manner rather than hide away in a kitchen draw; another example of Kose and his running theme of reinventing the relationship between product and user.

By pushing a classical tool into the face of modern culture, he maintains the quality of the manual usage tools. The true heart of the design originates from the mechanics of half spheres
– a revolutionary function that is simple and works well. With the organic design taking its roots from the form of a squid, you can’t help but see the extra-terrestrial in its appearance.

“Why I named it the invader? When I placed the first prototypes together in a row, they looked like an invasion from outer space!” -Kose.