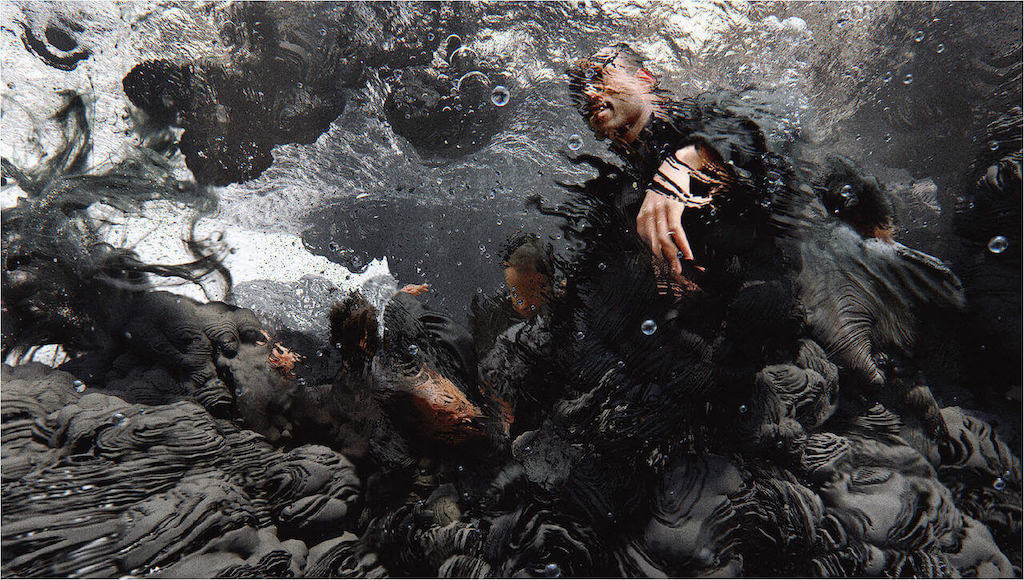 Viewing the work of KVANT-1 can only be described as an otherworldly experience that invites you to enter futuristic, surreal and alien-like landscapes where the unknown, and the unexpected are celebrated. Established early in 2020 by Vegard Aarseth, Nicholas O’Leary, and Jan-Erik Sletten, KVANT-1 is an illustration and concept design studio based in Bergen, Norway. With over 40 years of experience in the design industry between them, KVANT-1’s work focuses primarily on the architecture field but are constantly exploring how their expertise can be utilized and enrich the wider design world.

It is through imagery that they manage to make every project unique. Their aim to capture distinctive characteristics and develop them further in a way they only know-how is what makes every single one of their products and projects truly special. Describing themselves as curious, and playful, KVANT-1 finds comfort in the realm of the unconventional, this mixture of experience, talent, vision, and endless imagination results in the perfect formula for visually impactful projects that take us to the unknown and from which we can’t get enough of.

Curious to get inside their world, DesignWanted had the opportunity to interview KVANT-1 and find out more about their journey, design process, and what can expect next from the creative studio.

Who are Vegard Aarseth, Nicholas O’Leary, and Jan-Erik Sletten? How did your journey begin?

Vegard Aarseth, Nicholas O’Leary, and Jan-Erik Sletten: “We won’t bore you with too many nostalgic stories but will endeavour to give you a little tidbit that explains each member in a nutshell: Vegard is a Norwegian farmer from a tiny village in the fjords. We can sum him up by saying that he took a week off work to go hiking, alone. When he then found out it would be raining the whole time… he didn’t stay home.

Nicholas is a painter from New Zealand. He gets paint on every piece of clothing he wears, is unkempt, stinks of turpentine, and is an embarrassment to take anywhere.”

Vegard Aarseth, Nicholas O’Leary, and Jan-Erik Sletten: “Jan-Erik as his name suggests is ‘Generic’ in every way, with little remarkable about him to say (He said to make sure we don’t make him sound ‘duchey‘). He also has a fondness for peculiar flavours and a childlike curiosity.

We are the three crew members of KVANT-1. We all stumbled our way through our different educations but invariably ended up working in the same company together from early in our working lives. It was there that we shared a similar experience, and thus formed a common view on where we thought an exciting avenue could lie.”

Are you in love with this surreal landscape? Continue to discover these new realities with the work by Reisinger Studio.

Why KVANT-1? Why focus on concept design and illustration?

Vegard Aarseth, Nicholas O’Leary, and Jan-Erik Sletten: “After over 40 years of combined experience working together in one of the leading architectural illustration studios here in Bergen, Norway, we had been part of the avant-garde of the industry for over a decade. We came to a point where it felt that we had run our course.

We had all delved into many forms of creative work over the years in fields including architecture, landscape design, installation art, transport design, painting, and photography, and we came to the realisation that we used a similar process across all these fields.

It seemed like our full scope of abilities was rarely being utilized and in particular that the act of illustration could play a much more important role in the design process.”

Vegard Aarseth, Nicholas O’Leary, and Jan-Erik Sletten: “It seemed like there was a relatively unexplored grey zone between art, architecture, and graphics that we all had a desire to investigate further. We had delved into it on many occasions before but had never really had the opportunity to explore it fully.

KVANT-1 serves as a research vessel to drive that investigation. We work both on our own projects and as an external collaborator on projects in primarily early stages.

As a collaborator we choose projects whereby illustration can play an integral part in the design process, and where there is potential for our illustrations to really make the project shine.”

You started KVANT-1 this year but you already have incredible and stunning projects in your portfolio. What process do you follow for your creations?

Vegard Aarseth, Nicholas O’Leary, and Jan-Erik Sletten: “The process is a somewhat standard design process, although we are quite weighted towards the initial concept phase. More than half of the work we do is in the concept part of the process.

Those ideas are then internally critiqued, the majority of them culled off (killing your darlings), and those that remain are then developed. It is a process that requires trust and openness from both ourselves and from our clients.”

You are curious, playful, and find comfort in the realm of the unconventional, what fuels your inspiration?

Vegard Aarseth, Nicholas O’Leary, and Jan-Erik Sletten: “One of our main inspiration sources has always been a diversity of tasks. It keeps the mind in a state of learning and exploration. To practice and work on diversified briefs and explore many aspects of art, design and illustration has been fruitful for us in terms of gaining a network of sources to readily draw inspiration from.

We also believe it is important to work reasonable hours so that the side projects of the team can be explored and added to this pool of inspiration. And when it comes to other designers… you can’t really beat nature, so time spent outside is something we all hold in high regard.”

Your photo series ‘The Temple’ is visually stunning and otherwordly, what was the creative process and inspiration behind this project?

Vegard Aarseth, Nicholas O’Leary, and Jan-Erik Sletten: “After having worked on a string of architectural projects in arid locations, we were completely taken off guard by the beauty of the parched, barren landscapes. The textures, the atmosphere, the quality of light, the variation; it was like experiencing the world anew again. In the team’s innocent minds there lay mystery and wonder everywhere.

Thus, the temple project was born. A series of images celebrating the natural world, the unknown, and the spirit of exploration. The scene is set in a land foreign to all where the definition is deliberately undefined.

Built upon a disintegration of absolutes the Temple is an interplay of seeming contradictions. Dark becomes light, stone becomes flesh, barrenness becomes life, grounded becomes weightless, solid becomes fluid. The unknown is one of the most potent fuels for imagination.

And in the midst of the pandemic, partly as a form of escapism due to the restrictions, we set about exploring more of the unknown. Inspired by tales of the orient, stories of pyramids, and the man himself Indiana Jones, the temple project is an ode to both mystery and understanding and ultimately, to imagination.”

Is architecture a product of humanity or is the work of a few architects influencing humanity?

Vegard Aarseth, Nicholas O’Leary, and Jan-Erik Sletten: “This sounds like a perfect debating club topic, it could go either way.

One could say that we are most aware of the architecture we are most exposed to. That which is most duplicated and appropriated. It often becomes the base upon which we build our ideas and is a framework for others to add their quirks.

This language has just as much to do with marketing, the cost of materials, a desire to conform or not conform, politics, fashion, and a plethora of other factors. Wait, are those factors just ‘humanity’?”

The projects you create are incredibly unique and manage to capture different characteristics, how do you choose the type of project to work on?

Vegard Aarseth, Nicholas O’Leary, and Jan-Erik Sletten: “The whole idea of KVANT-1 is to explore. So we choose projects based on whether they provide that opportunity.

Also as time goes on (a measly 10 months in our case), clients have begun to realise our strengths and weaknesses and where our input could be most useful to help further develop their concept. Our clients, therefore, propose projects where they think we would be best suited.”

What is next for KVANT-1?

Vegard Aarseth, Nicholas O’Leary, and Jan-Erik Sletten: “We are so new that our plans are very modest. We are ecstatic/terrified about trying our hands-on projects within a wide range of different industries.

We have some projects for clients designing garments and fashion under the hood, and that has really got our blood pumping at present. Just to see that our process is working in a field in which we have no previous experience at all is really giving us a huge confidence boost.”

Rosa de Jong is an Amsterdam-based artist that is able to replicate this intricate world in a pocket-size miniature.