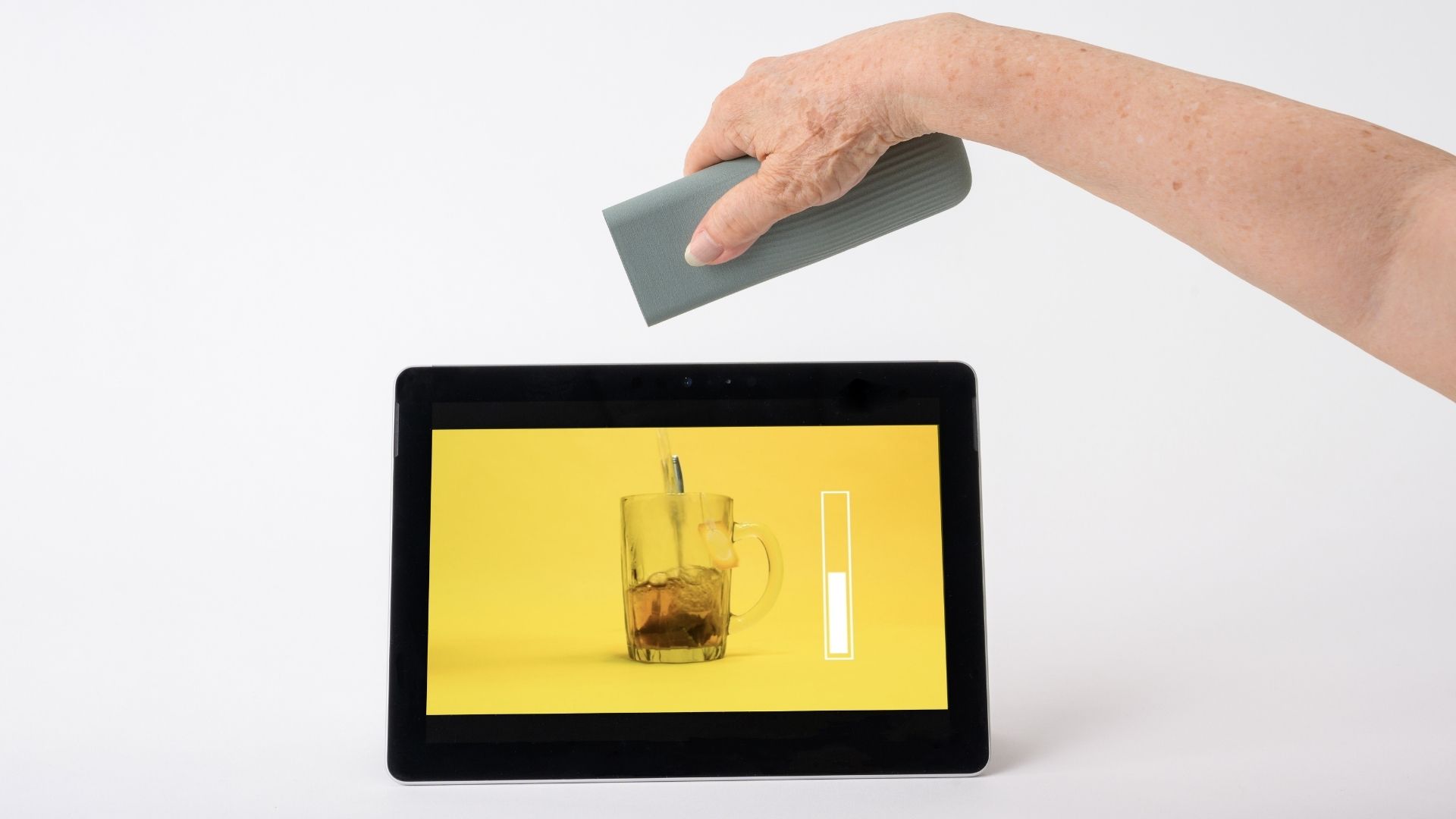 Designed to evoke memories, the concept project uses a visual display and a motion-tracking tool to guide seniors with dementia in re-enacting familiar gestures.

The Grand Prix Award was established in 2015 in order to heighten motivation and inspire greater creativity among the competing six finalists to bring out their very best efforts.

The judging criteria for LEXUS DESIGN AWARD 2022 draws on the three key principles of the Lexus brand (Anticipate, Innovate, and Captivate), which Poh Yun Ru successfully addresses with Rewind.

The concept includes a digital platform designed to evoke memories by inviting users to mimic everyday activities like making a cup of tea or using a pestle and mortar to grind ingredients.

These actions are then reflected as audio-visual feedback on a paired device that triggers recollection with the hopes of relieving the symptoms of dementia.

“Rewind taps into a more intimate and emotional aspect of a patient’s life that current therapy methods fail to integrate,” says Yun Ru.

“It encourages instinctive behaviour that triggers their memories more meaningfully and effectively.”

“Rewind confronted dementia to create an intuitive tool that will surely help in the fight against this debilitating condition,” said Head of Lexus Global Design Simon Humphries.

“What was so impressive was not only the social relevance but also the open platform possibilities and of course the simple, elegant beauty of the physical design that made the whole user experience so approachable.”

The Rewind project was representative of this year’s chosen finalists that were selected out of 1,726 entries from 57 different countries and regions.

All six projects were successful in following the brief and nurturing design concepts to tackle pressing issues ranging from plastic pollution to the quality of life of people suffering physical and mental health conditions.

“The LEXUS DESIGN AWARD 2022 finalists offer a wide range of products in different fields of design, employing different types of technology, but they all have one thing in common: care,” says Antonelli.

“They demonstrate that at a time of emergency in the world, design can offer suggestions that are poetic and beautiful, and also feasible and scalable. In the hands of great designers, doing the right thing—by society, the environment, the world—also becomes inspiring and elating.”

“[It is a] a beautiful project that was deeply original, brilliantly conceived in its digital and physical synthesis, and comprehensively detailed at a level that was truly impressive,”

Nurturing these projects toward potential fruition was a group of mentors made up of globally recognised designers including Beijing-based architect and principal partner of MAD architects, Yosuke Hayano and Lisbon-based contemporary designer Sam Baron, who has also served as the director of the Design Department at Italian research centre Fabrica since 2006.

Hayano and Baron join American product designer Joe Doucet, who is in his third year as a trusted mentor; and Dutch designer Sabine Marcelis, a dedicated mentor returning for the second time, whose role will be to find the mentee’s key assets, helping them to grow and glow.

It’s this exclusive mentorship programme that sets the LEXUS DESIGN AWARD apart from other competitions and design awards by giving the finalists direct access to elite working professionals who guide them in exploring the potential of their ideas and finalising their prototypes and presentations.

“As a finalist, one gets to reap the benefit of a diverse group of mentors– each with unique experience and expertise – to help guide you from concept to a realistic project,” says Doucet.

“From a Mentor’s perspective, we get to watch the blossoming of talent before our eyes. This is truly a virtuous experience that leaves us all the better for having participated.”

Through the mentoring sessions, Rewind evolved by giving greater consideration to usability and hygiene.

Poh also broadened the range of scenarios that evoke memories, acknowledging that dementia is a challenge faced by societies all around the world.

This meant focusing on accessibility and ease of adoption, which ultimately transformed the concept into an even more practical proposal.

They include last year’s Grand Prix Winner Henry Glogau, a New Zealand-based architect who developed a distiller that purifies water using solar energy and can be assembled from cheap, readily available materials.

In 2019, industrial designer Lisa Marks won the Grand Prix award for a concept 3D-printed bra that uses smart algorithms to fit the form of an individual’s body after they have had breast tissue removed during cancer treatment.

“Since winning the 2019 LEXUS DESIGN AWARD Grand Prix, my work has been exhibited across four countries internationally” said Lisa Marks.

”This exposure has included opportunities to show it to large audiences and in private presentations to Apple’s Industrial Design team.”

Other success stories include recipients of the LEXUS DESIGN AWARD such as sustainable startup Notpla that launched Ooho! In 2014, an edible capsule-shaped packaging made from seaweed as an alternative to plastic packaging.

“Following the award, the team started collaborating with chemists and chemical engineers and soon started working on a scalable manufacturing technology,” said Lexus.

“In April 2019, Ooho was adopted as an alternative to plastic bottles at the London Marathon. During the marathon, the capsules were filled with energy drinks and handed out to over 30,000 runners.”

“This large-scale trial contributed to the organisation’s target to bring the number of plastic bottles used the previous year down from 760,000 to 215,000 in 2019. Notpla, the material developed by the startup, has expanded beyond just Ooho, and since 2018, the team has been working on new developments including a transparent film for dry products and a coating for cellulose packaging.”

Designing for a better tomorrow

Following the announcement of this year’s Grand Prix Winner, Yun Ru can expect similar exposure in addition to the high-profile, cross-media introduction to the design world over the last several months.

It’s a unique opportunity afforded to the other finalists that have been mentored by globally recognised designers, alongside receiving funds to build and develop their prototype.

“We are proud of the many influential designers from a variety of backgrounds and disciplines that have committed themselves to this project,” says Lexus.

“Their commitment reflects how the LEXUS DESIGN AWARD’’s mission of supporting and nurturing the next generation of creators resonates with their values.”

“We are grateful for their contributions and brilliant creative achievements which fuel our passion to continue the LEXUS DESIGN AWARD’s quest for Design for a Better Tomorrow.”

“I feel immensely grateful that Rewind is now a step closer to improving the lives of more people,” says Poh Yun Ru.

“This couldn’t have happened without the unwavering support of my mentors, my team of dedicated engineers, programmers, healthcare experts, and users.”

“This opportunity from LEXUS DESIGN AWARD to turn a project into a real-world product felt nothing short of amazing, and I feel heartened to have met and learned from so many passionate designers from around the world. It has been such a rewarding and inspiring journey, and I am excited to continue designing for a better world and a better tomorrow for all.” 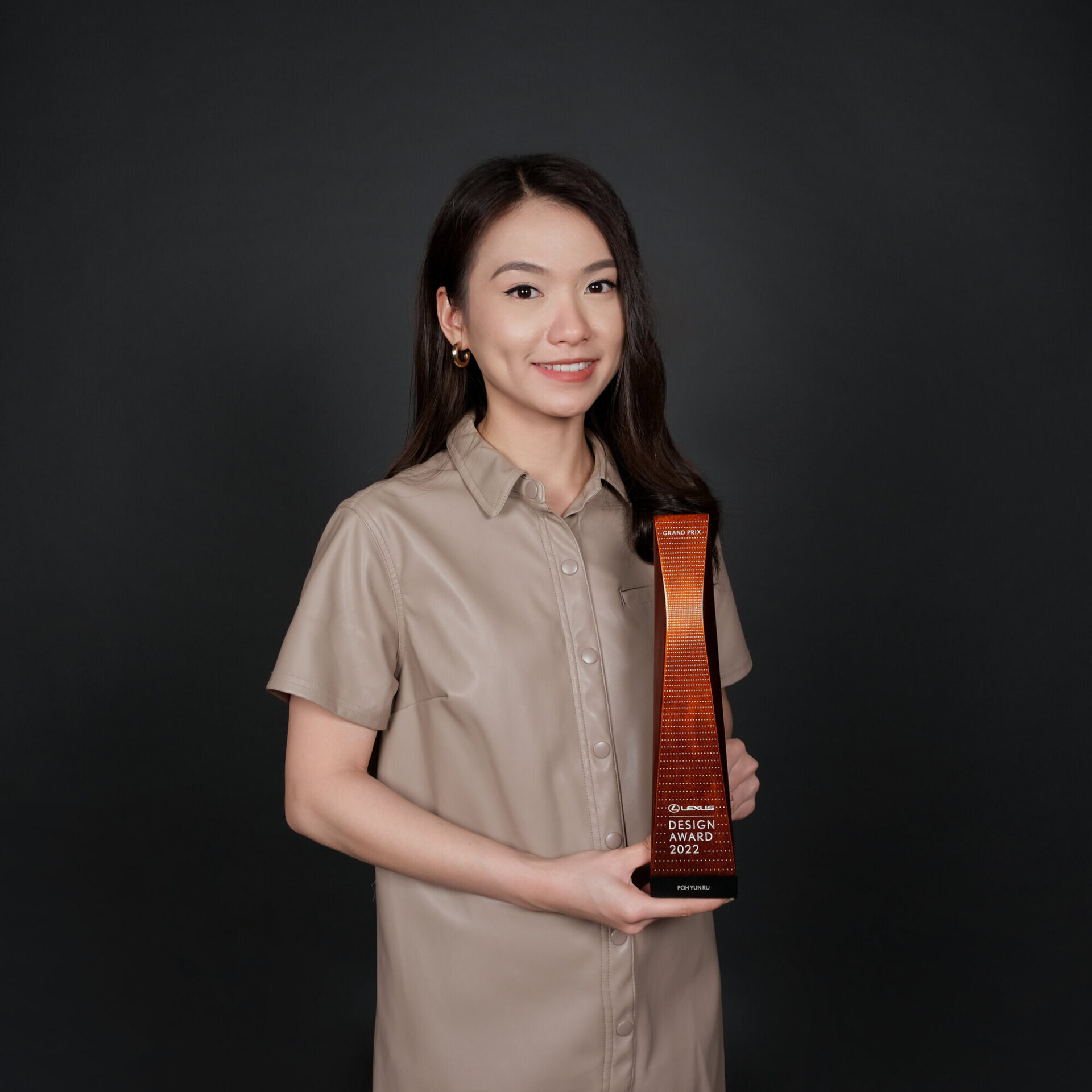 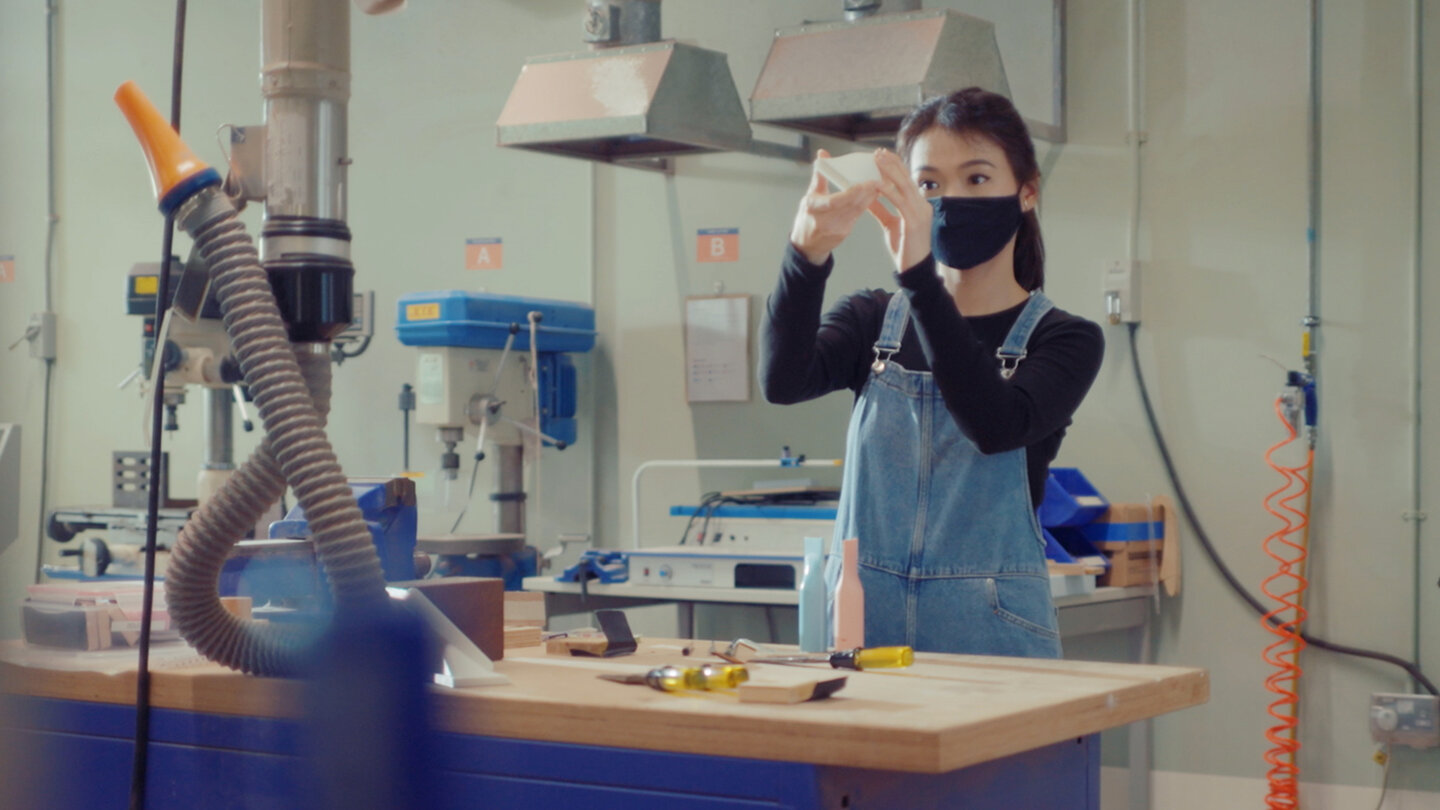 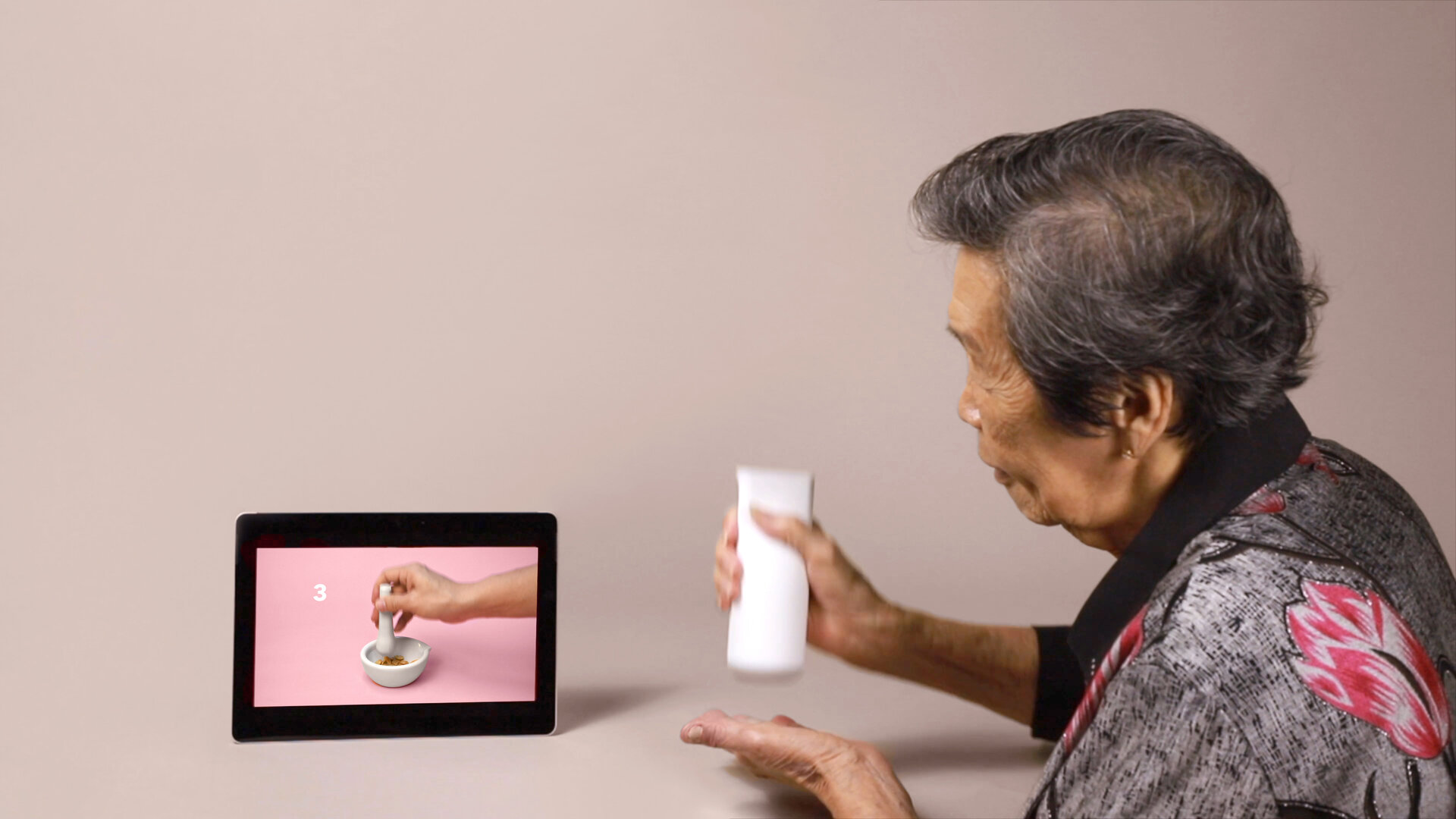 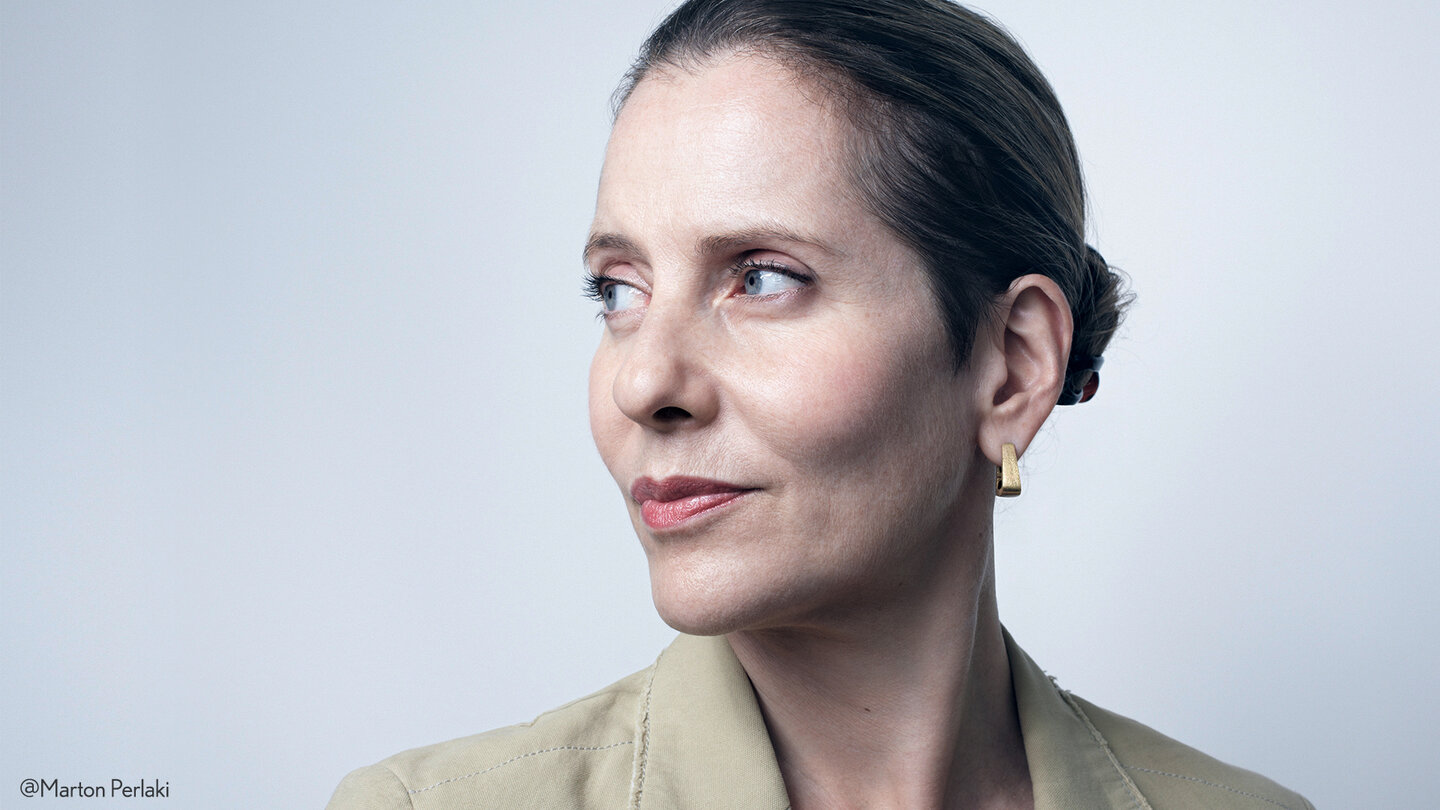 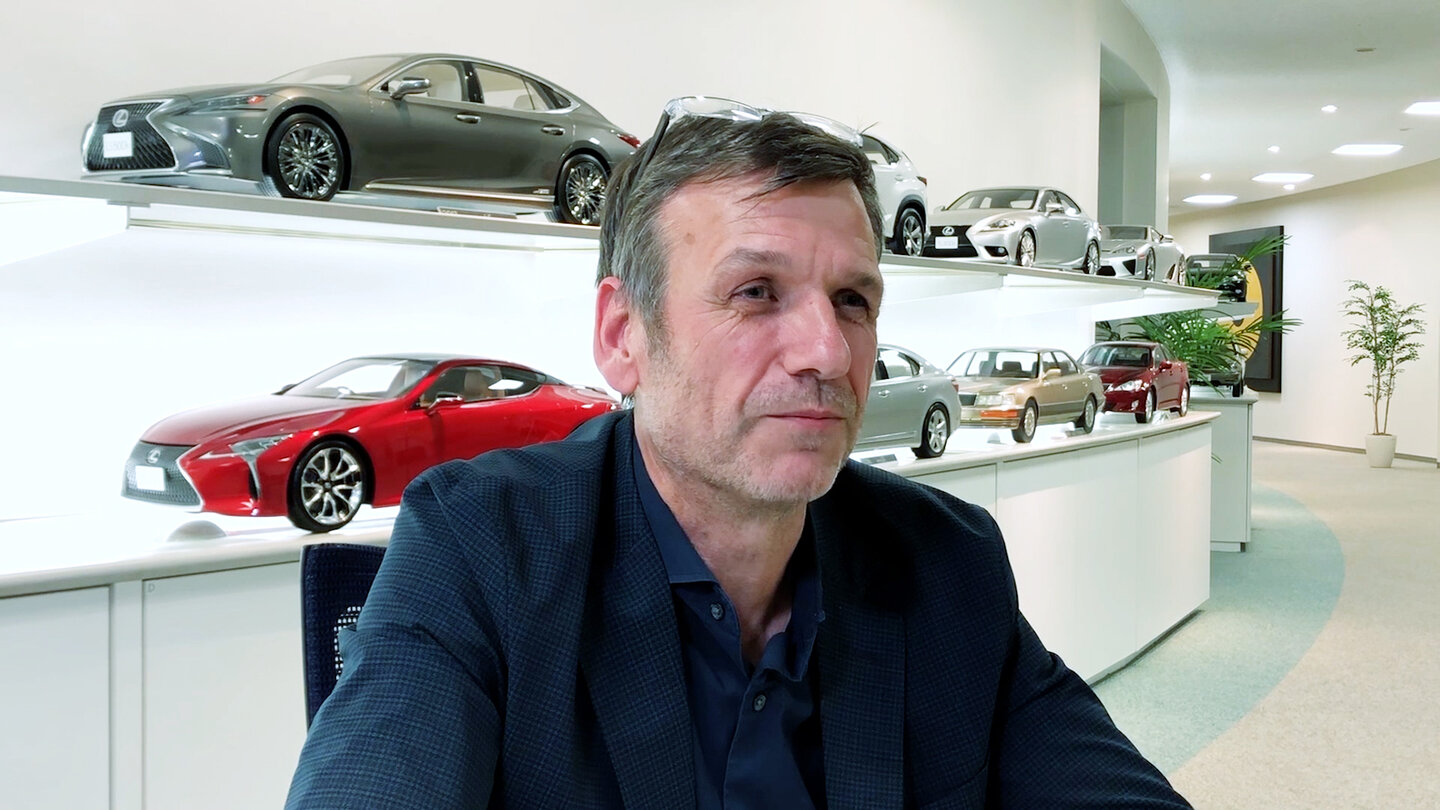 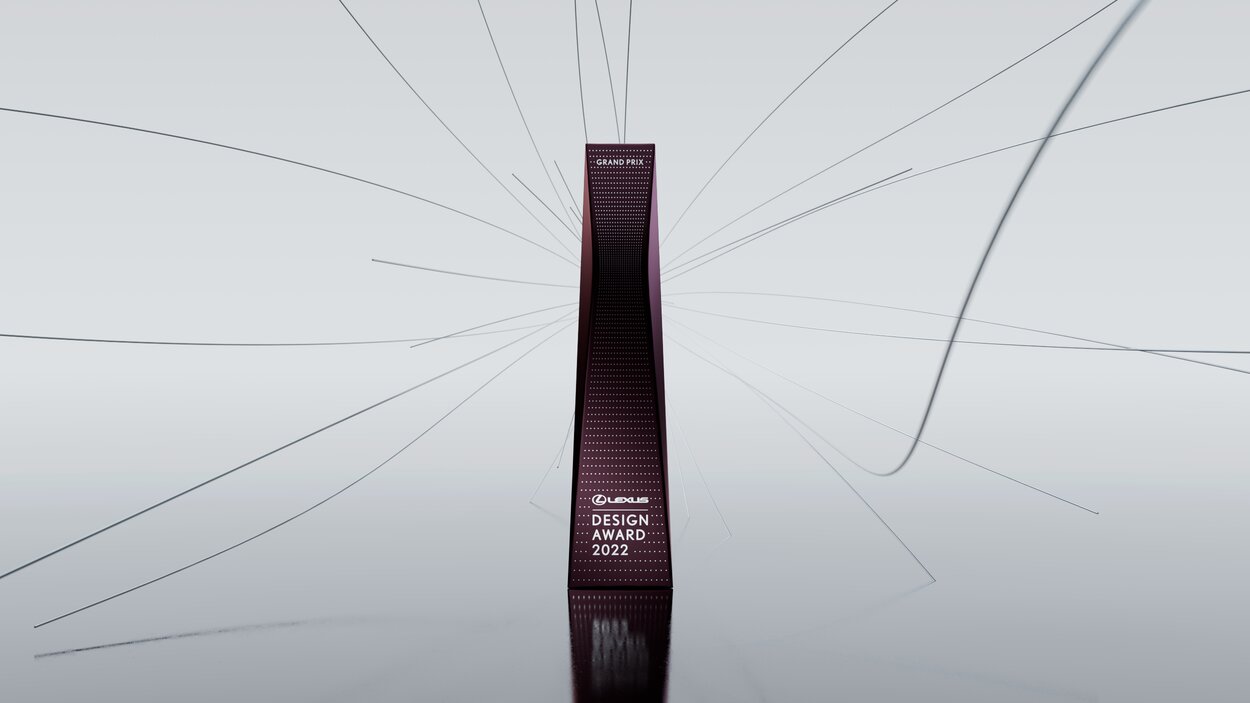 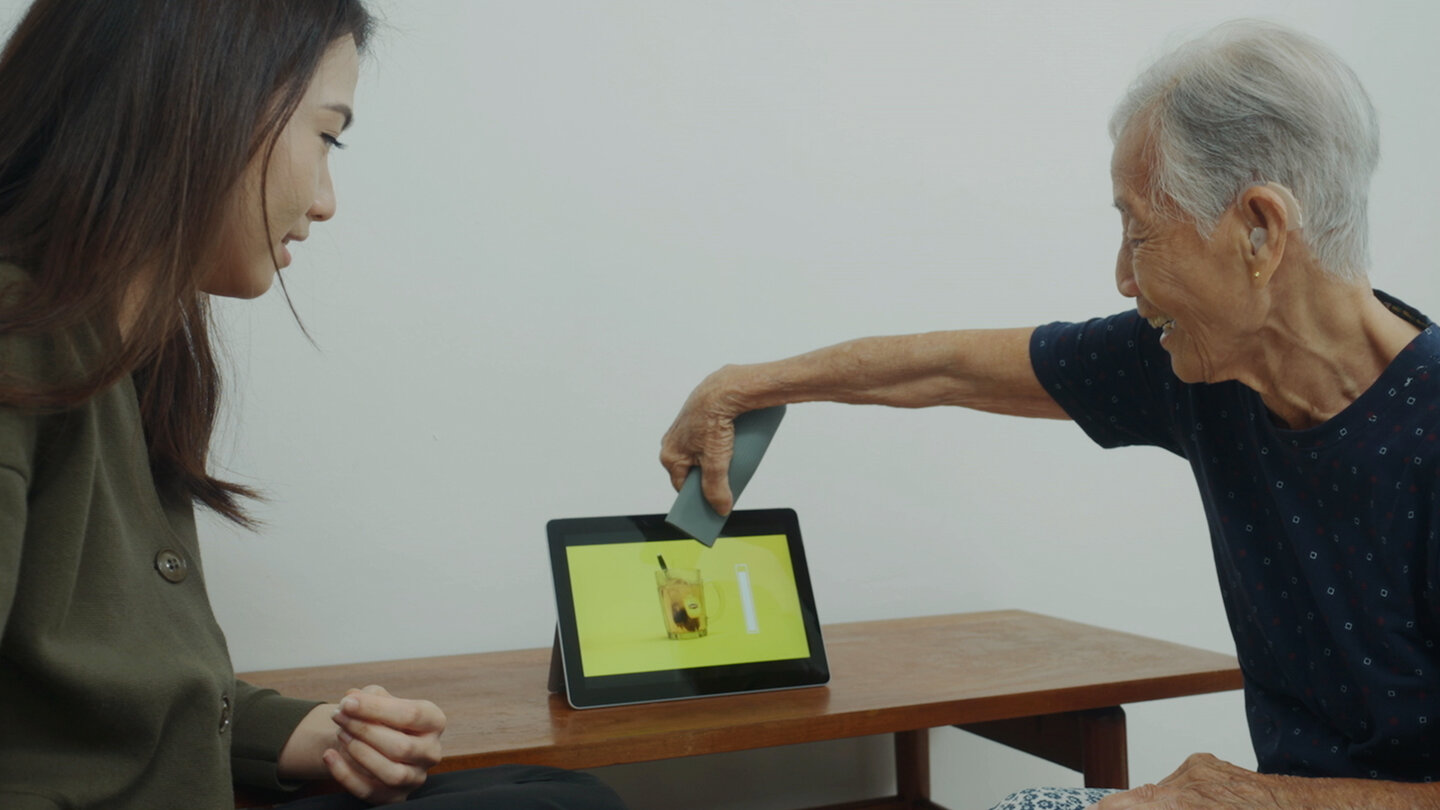 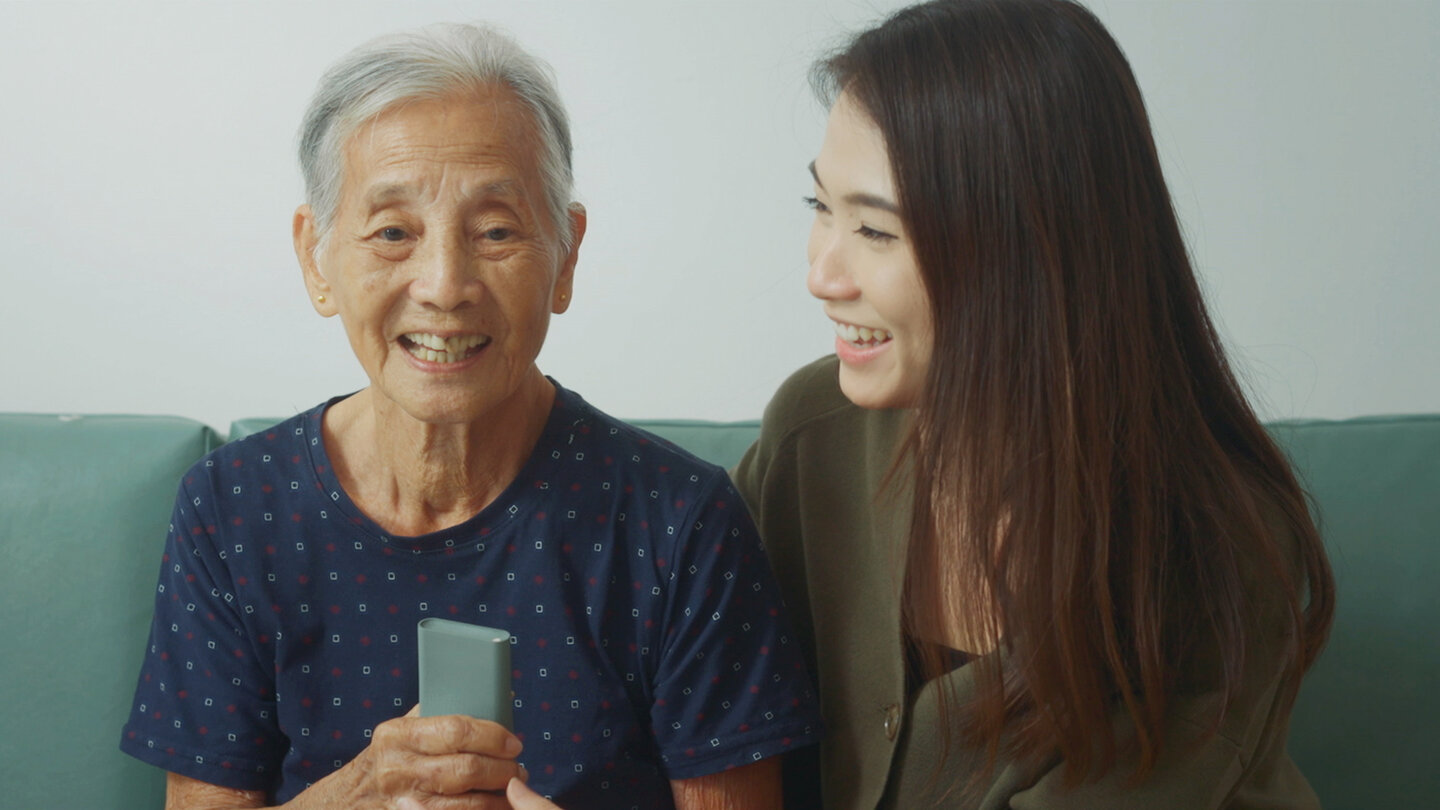 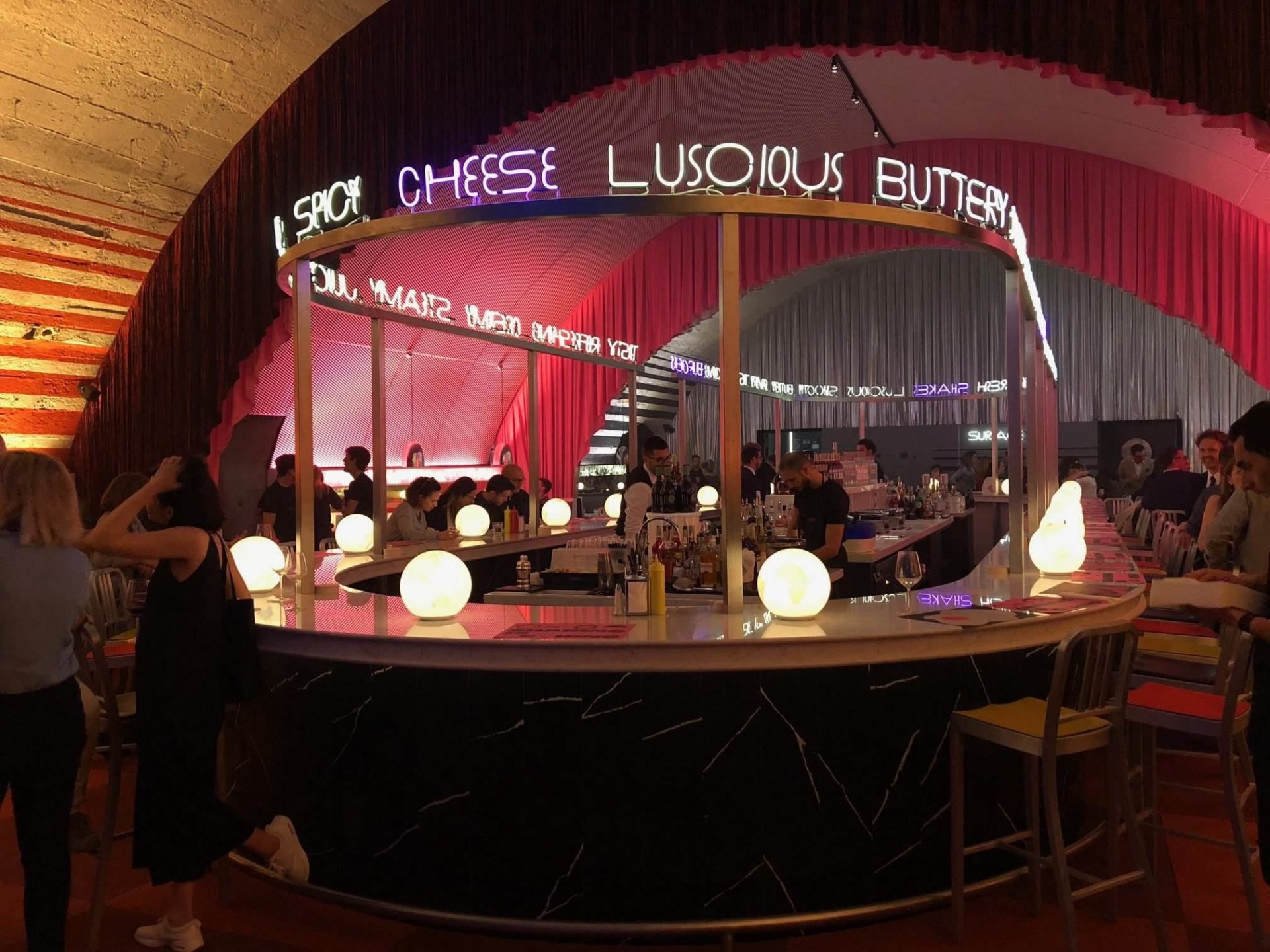 Ventura Projects stood out, whether as a design district or integrated exhibition

As the curtain comes down on the world’s largest design furniture fair, we see designers and passionates packing their luggages full of new sketches, notes, projects, […] 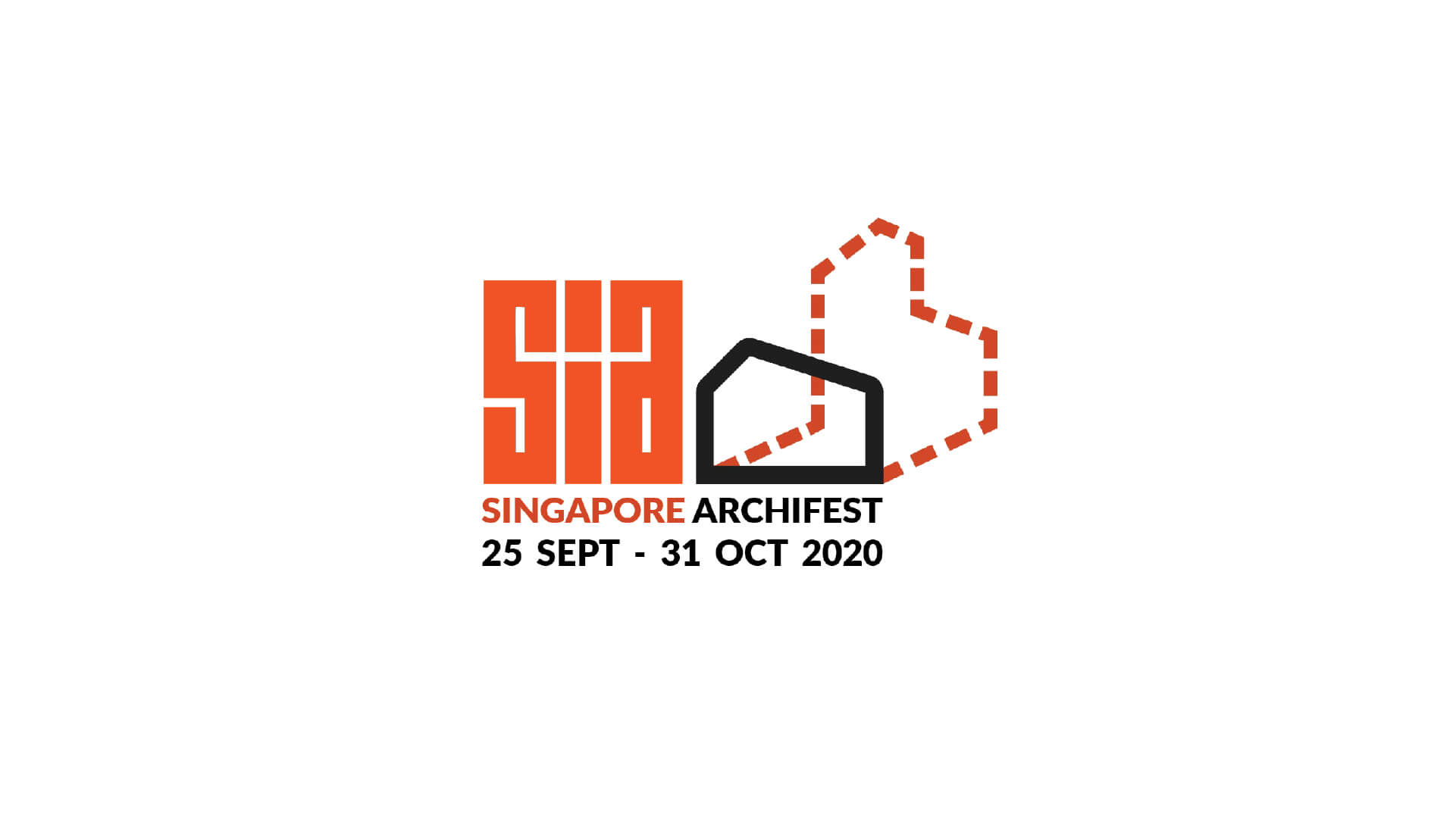 Explore over 100 programmes online and islandwide at Singapore Archifest 2020

Get ready for an exciting line-up of more than 100 programmes as part of Singapore Archifest’s first ever hybrid edition! Taking place over six weekends from […] 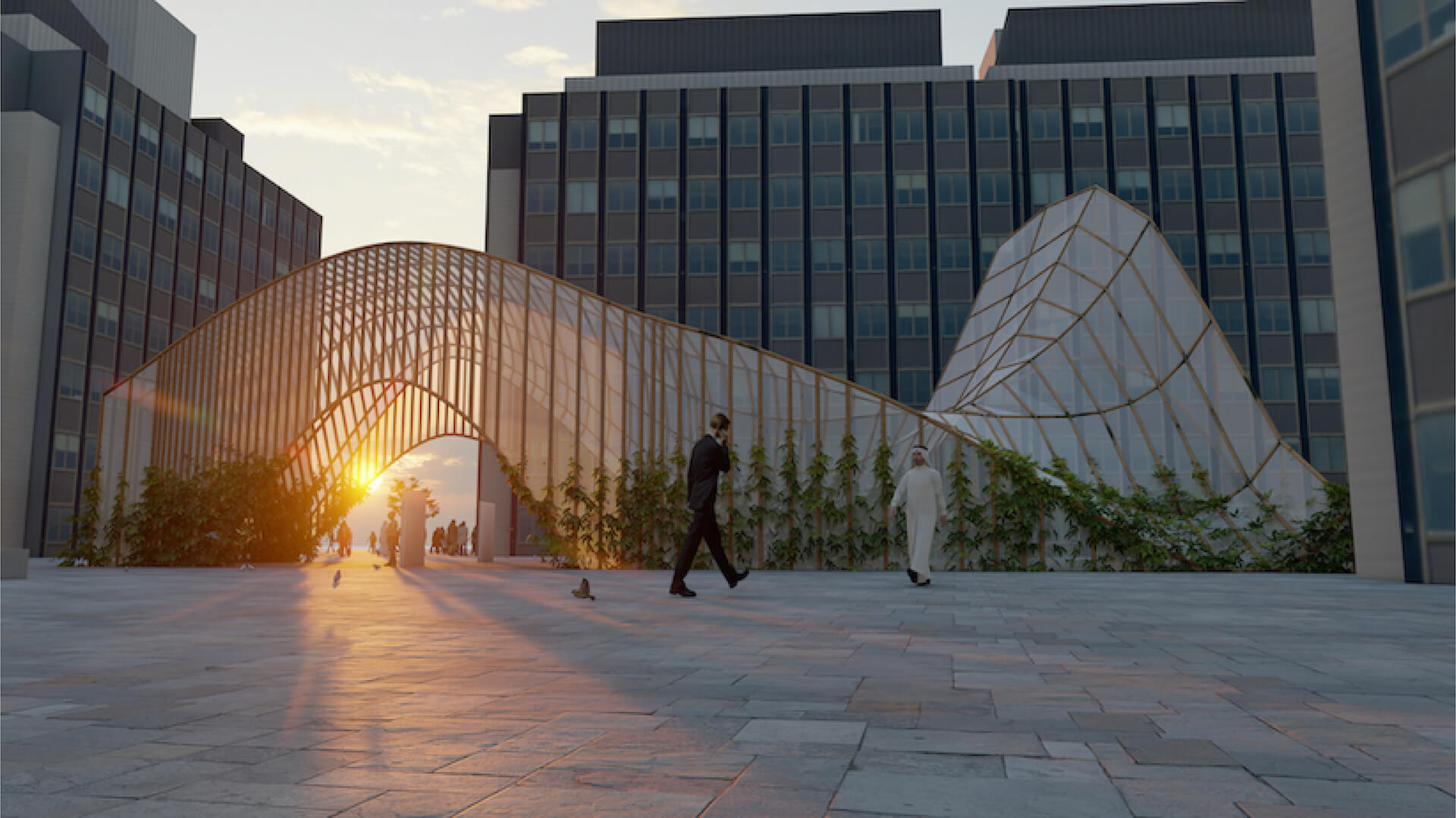 Dubai Design Week returns 8-13 November 2021, with its most extensive programme to date

Dubai Design Week returns 8-13 November with a varied line-up of 200+ activities staged at the festival’s main hub in d3 and around the city. Celebrating […]