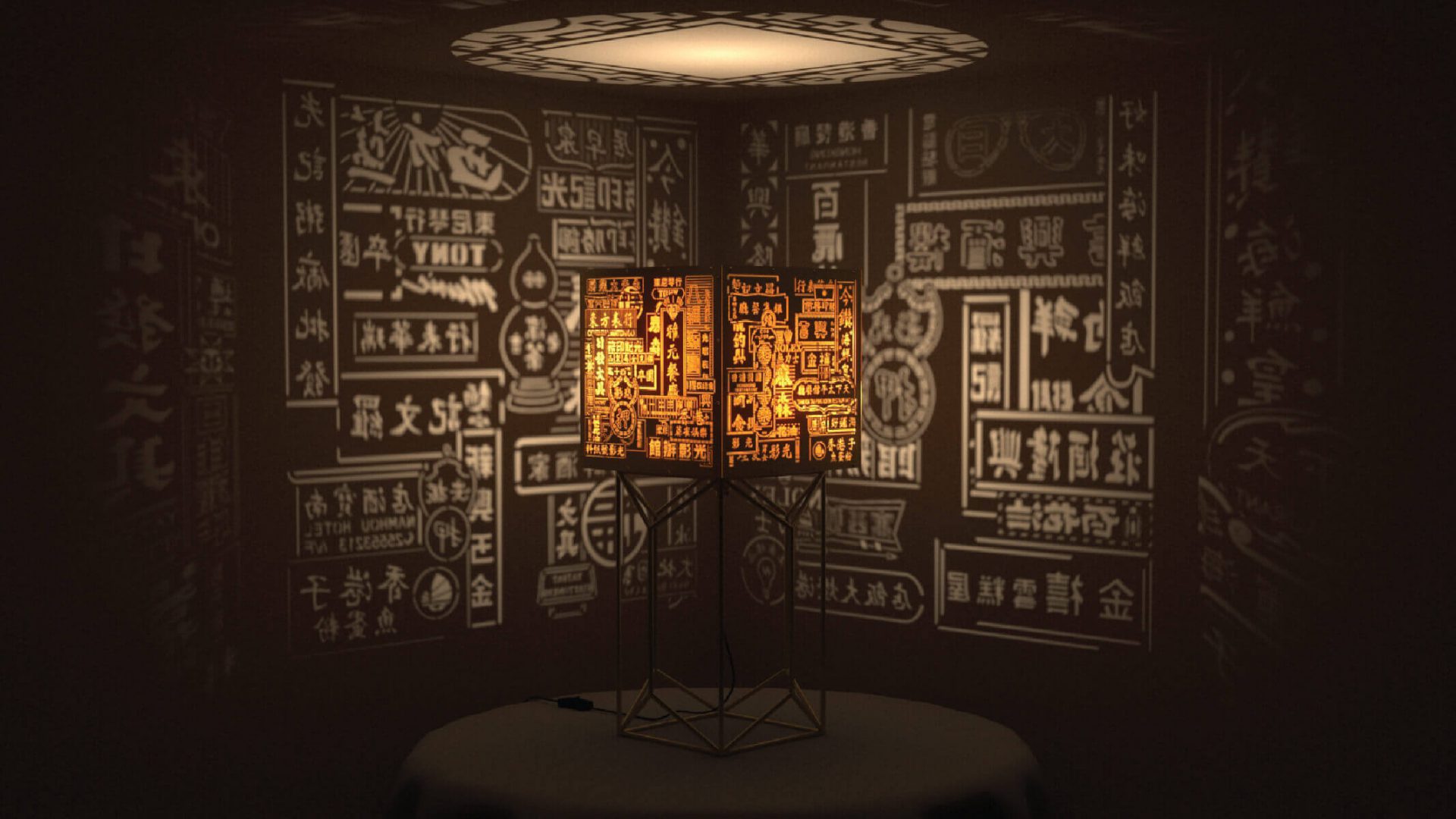 “Light of City” is a projection lighting that shows the unique beauty of Hong Kong’s neon signage and sleepless urban culture for home decor.

Hong Kong’s neon signs once dominated Hong Kong’s skyline, and they are the inspiration for movies like Blade Runner, Ghost in the Shell and Chungking Express, showcasing the luminous visual with futuristic cyberpunk. However, the number of outdoor neon signs is declining due to the threat of new government regulations. All of the neon signs have to be replaced by cheaper LED signs, and neon lighting craftsmanship will be dismissed in the coming future.

The story of neon light begins in the 1950s when the economy started growing. The advertising usage became widely popular and forming a significant cultural icon in Hong Kong. During the golden era, each business owner designs their own neon signs, making them bigger and brighter than their neighbors, creating a neighborhood landmark. The mixture of English and Chinese word font, combining with the horizontal and vertical design tells an “East meets West” story behind the city.

Sadly, after the introduction of LED law and regulation, the government removed 3,000 unauthorized signboards, which is up to 90% of the main neon lights of the city that have disappeared during the last 20 years. For the designers, witnessing the diminishing of recognition in the city is very emotional. Therefore, they hope to bring the visual elements to the modern age through their work.

This is a historical journey about Hong Kong. Light of City shows the unique beauty of Hong Kong’s neon light, as well as the sleepless urban culture.  Each signboard contains the story behind the city. Through their work, the designers are making storytelling objects that bring neon’s signage to our home.