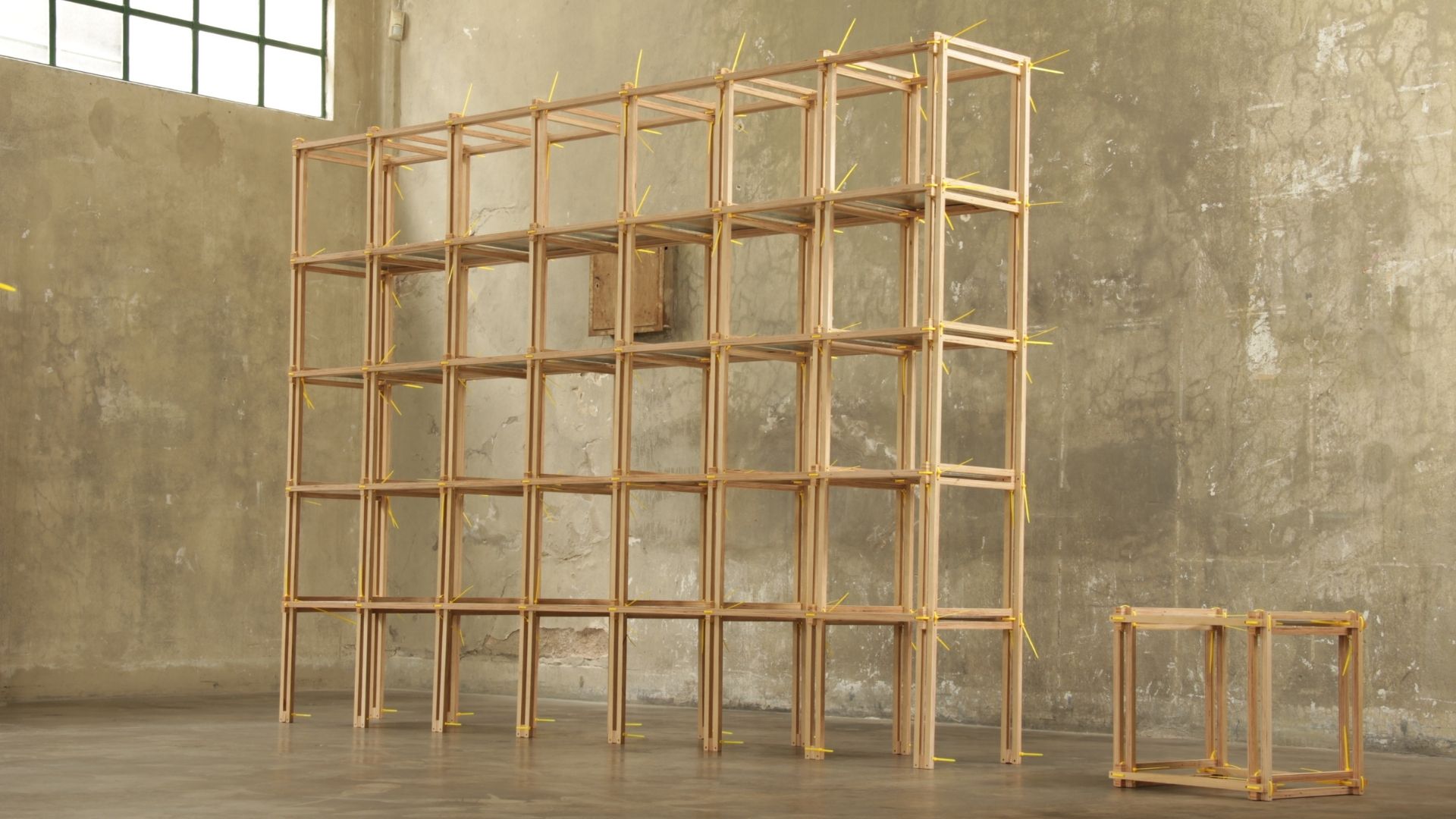 Like building blocks, users can assemble and add to the structure, which comprises wooden slats and bright yellow cable ties.

Called Liston, the system was designed by Mac Lean as a way of giving users autonomy over their furniture. In this case, there is emphasis placed on the ability to change, reduce and expand the system in any way the user sees fit.

The furniture system, which can be used as a shelving unit or a spatial divider among other things, uses two types of structural wooden slats, one longer piece and a shorter length that together form a series of cubes 40 x 40 x 40 cm.

Mac Lean describes the method of construction as pixels that can grow in any direction, adapting to different spaces as needed.

Moreover, because of the nature of its production, all of the parts are repairable or replaceable. Sold separately there is no need to discard the entire system in the case of partial damage.

According to Mac Lean, this method of construction reduces the packing box needed for the item by 18 times in comparison to other flatpack furniture, saving on transportation costs by consuming less storage and resources.

This isn’t the only benefit, however. Mac Lean also underlines the Liston’s ability to generate a greater connection with the object by not only inviting users to build the system but also empowering them to repair it simple and easily.