The transcendental work of Michael Young 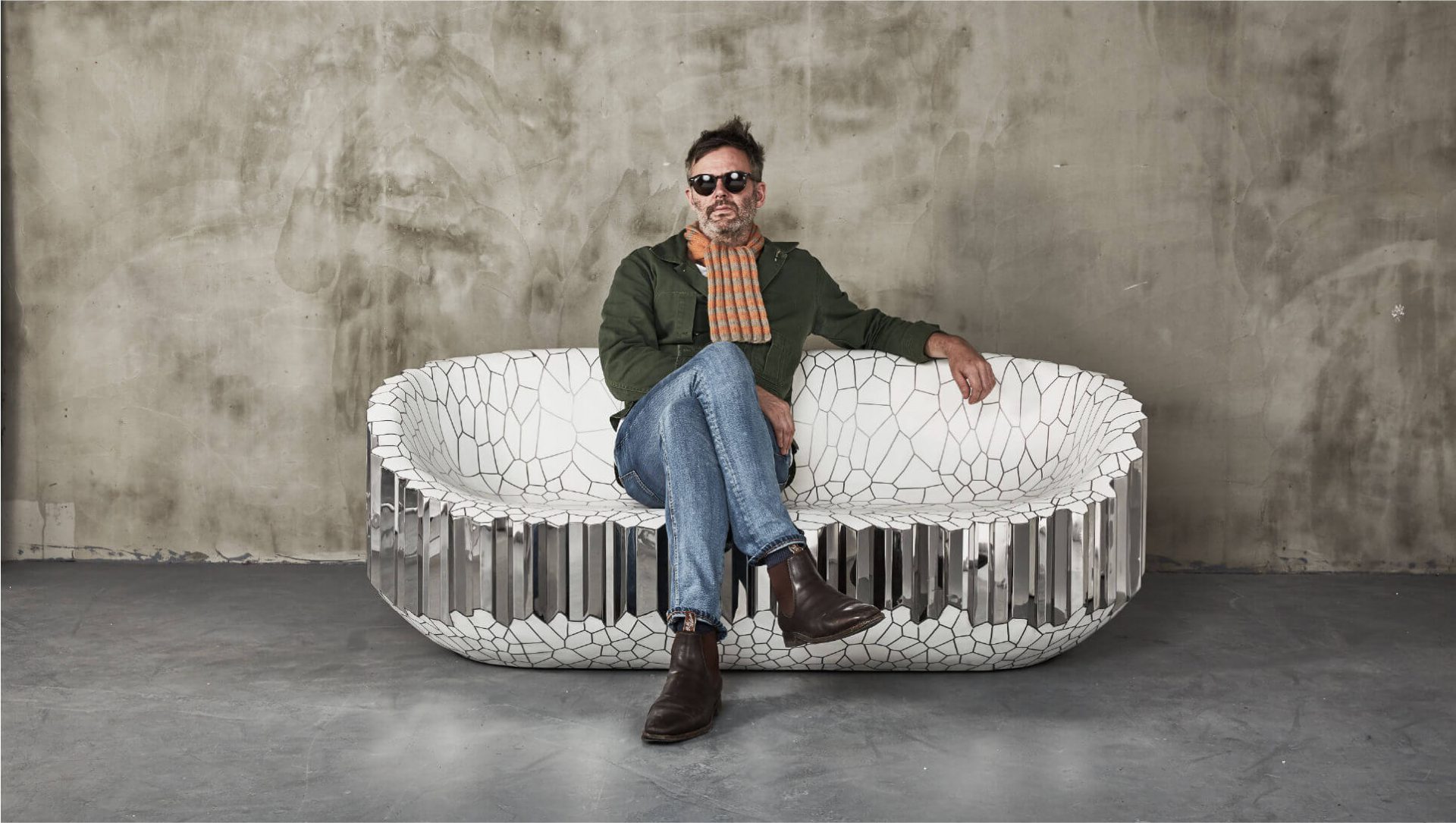 Michael Young is a force to be reckoned with in the design field who continuously pushes the boundaries through his never-ending creativity, vision, and design approach.

The Sunderland-born, Hong Kong-based designer, Michael Young, can only be described as a design rockstar. His personality, appearance, and, above all, his talent have not only helped him leap to the forefront of British design in the 1990s but allowed him to become one of the UK’s most sought-after designers who continues to innovate and break new ground today.

With the aim of providing exclusive, quality design services across an eclectic range of markets, which include everything from interiors to technology, the designer founded the Michael Young Studio just a year after graduating from the University of Kingston. His minimalist, elegant and sophisticated style is a trademark in his body of work, which has always attracted the attention of the industry and has been acquired by public institutions such as the Pompidou Center and the Louvre Museum.

As an industrial designer through and through, Young draws a line between his generation and today’s young designers. His vision, direct work with engineers and factories, and his fundamental use of technology leads him to create transcendental designs that harness some of the most innovative manufacturing skills while pushing the boundaries.

His vibrant creativity, innovation, and his fresh approach to a seamless blending of East and West is what makes Michael Young an acclaimed designer and a true rockstar.

Who is Michael Young? How did the journey for design as industrial art begin?

Michael Young: “Good question, not an easy one to answer, probably somebody who lives in space and gets called back to work once in a while when the bat phone rings. I failed every exam at school and had no interest in sports, only music. In a way that leads to creative thinking and belief that there might be a place to be in this world. As a dyslexic, I was completely failed by the educational system. Back then, the world was a very scary place because I did not see a place for myself. I used to look at my mum’s Interior Design Magazines and was always into the clothes that musicians used to wear. I couldn’t draw really well but I did have an imagination, so I guess I just started to draw when I saw people like Ron Arad making things out of rocks and Tom Dixon making things out of all staircases and I saw an opportunity for myself as a maverick in that sense.

I was in a different generation influenced by bands like Blur and Oasis so in a way when I left design school, there was a bunch of cool new people who all got involved in something that England called “pop design” whilst at the time in Amsterdam some punks developed something called Droog design. We all had to act more like artists than industrial designers because the industry was so hard to penetrate. I guess that’s where that catchphrase came from that I said over 20 years ago regarding industrial art when in fact I was interested in mass production, which is not art.

Anyway, I was really lucky because early on I got backed by Japanese entrepreneur Yoichi Nakamuta and my career got going pretty fast, too fast really, I really didn’t know what hit me but before I knew it after working in Japan I was working with brands like Magis and Rosenthal. The design business was just beginning to explode.”

If you are curious to know more about the brand Magis, don’t miss Brand Story – Magis.

Michael Young Studio creates products with legacy that is forward-thinking and immersed in culture and innovation, what is the main focus of its practice?

Michael Young: “I do what I do because it’s the only thing I know how to do. Sometimes it’s not always a question that I have a genuine answer for. I have a real interest in materials and how things work and why. I think ultimately though I like to work side-by-side with brands that wish to explore things to differentiate themselves in competition in the market to make the day more exciting.

If I try to do anything to design simple things, now companies just think I’m not making the effort so I’m kind of stuck with this legacy of having to push the bar a little bit with all the brands I work with, which is great because there’s a lot of investment that goes into research and engineering so it’s ultimately a good position to be in, but design can be a hard act to follow.

After the recent COVID pandemic, I’ve had to reset myself and now study new ways of approaching the value chain of design and what design really means because it’s becoming more meaningless due to the sheer volume of designers that exist on the planet.”

With a portfolio that covers a broad spectrum of topics and typologies, which are the main values, core concepts, or style inclinations that, above all, will always represent the studio?

What led the studio to the decision to move to Asia? How has that influenced the development of projects?

Michael Young: “I think it was just demand, I’ve no idea why, but firstly Japan had a great interest in my work from a very early age and this moved quickly.

I was impressed by the Taiwan market where I was asked to do a lot of projects and I became intrigued by what I would call the “Bluetooth revolution” along with rechargeable batteries. I could work in ways that I could not work in Europe at the time. Eventually, I found enough projects to set up an office in the APAC community.

I have many friends throughout China and in a way, I am part of a community. In hindsight, it’s been a good decision especially now that a lot of designers will have to start working for the local markets to build industry in a population with 1.4 billion potential customers. I can do a lot of things for a lot of people and if I make a collage of ecological design, we can have a good impact on the planet as well.”

Michael Young Studio takes innovative measures that define brands through their product DNA. How do you choose the type of client or project to work on?

Michael Young: “We don’t really choose our clients, they just evolve or generally get in touch. If there is a rapport and understanding between each other and they are willing to invest in our DNA and future thinking, sparks generally begin to happen.

We do generate a lot of research that helps us define what we need to put into future thinking and new generations so it’s not only our DNA, it’s also all the consumers who we have to do things to get good results.”

With a design philosophy that has evolved over 30 years, what is a project you would like to develop if you had an unlimited budget and resources? What would it look like?

Michael Young: “Some people might laugh but it would probably be some kind of a drone because I’ve always wanted to design a helicopter as a kid but why would you do that now, so it would most certainly be a drone to taxi people around.”

What are the future plans for Michael Young Studio?

Michael Young: “Actually we have lots going on at the minute. I am art directing and creating content for Shenzhen Design Week and Hebei Industrial Design week.

My new studio in Shenzhen opens in August, I’ve started my own beer brand on my own bar called “The Michael Young Beer Shack Experience”, I’m starting my own e-commerce channel to sell things that I want to design because ultimately retail is dead, it’s all direct online sales and I know most of the manufacturers so I’ll just start doing a lot of fun things.

In reality, the future is that designers will no longer need brands for casual household items, they need experience in manufacturing of course and investment, being online is the future. There are lots of things about to change for me, I’m going to have to get off the moon and get entrepreneurial.”

If you are curious to know more about studios and designers focused on product design and technology, don’t miss How Milanese company V12 Design merges the engineering approach with a design vision. 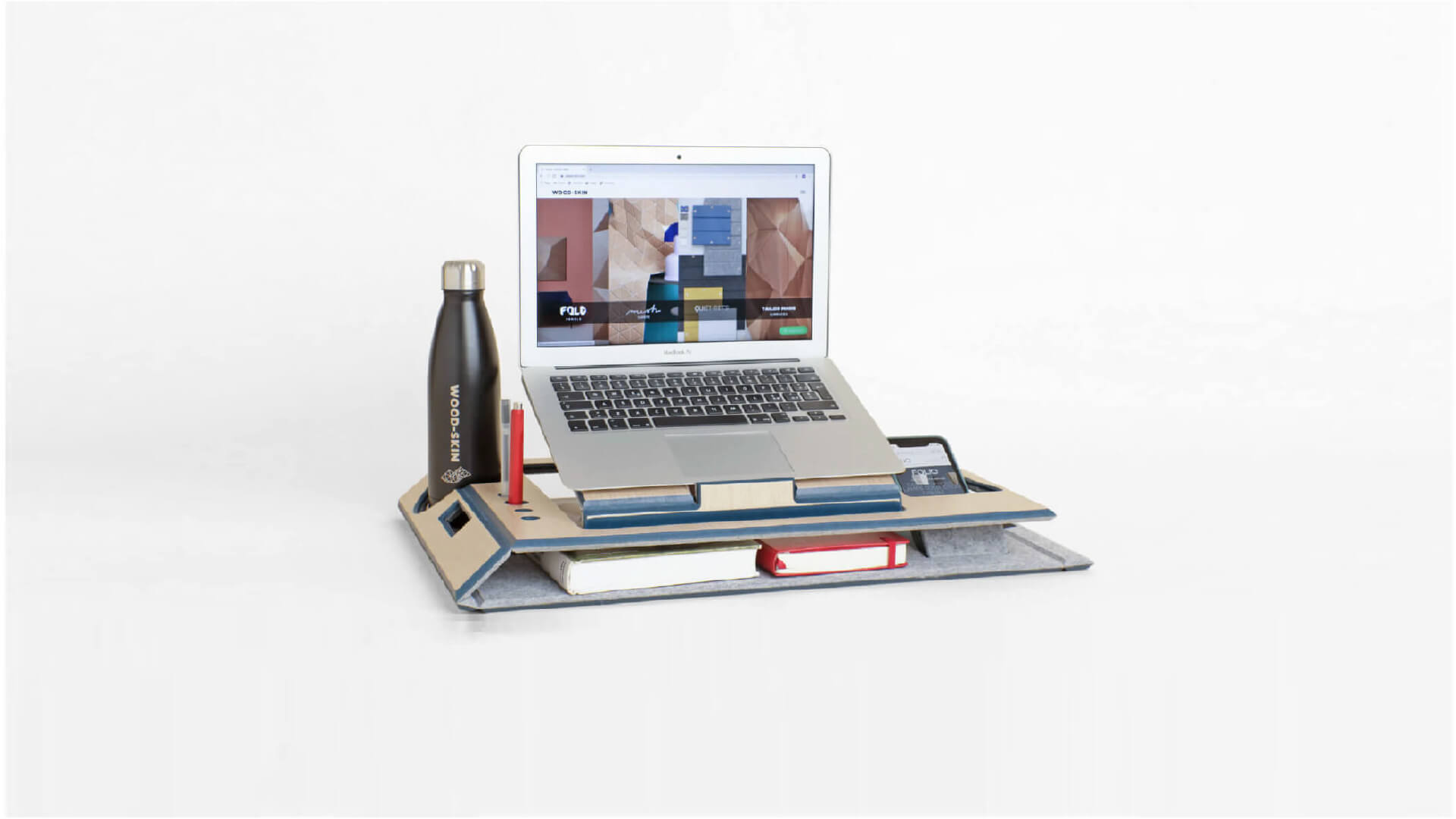 The WOOD-SKIN Inside team has created Foldable Office, a portable workstation that will drop on Kickstarter on October 19th. From years of experience developing origami products […] 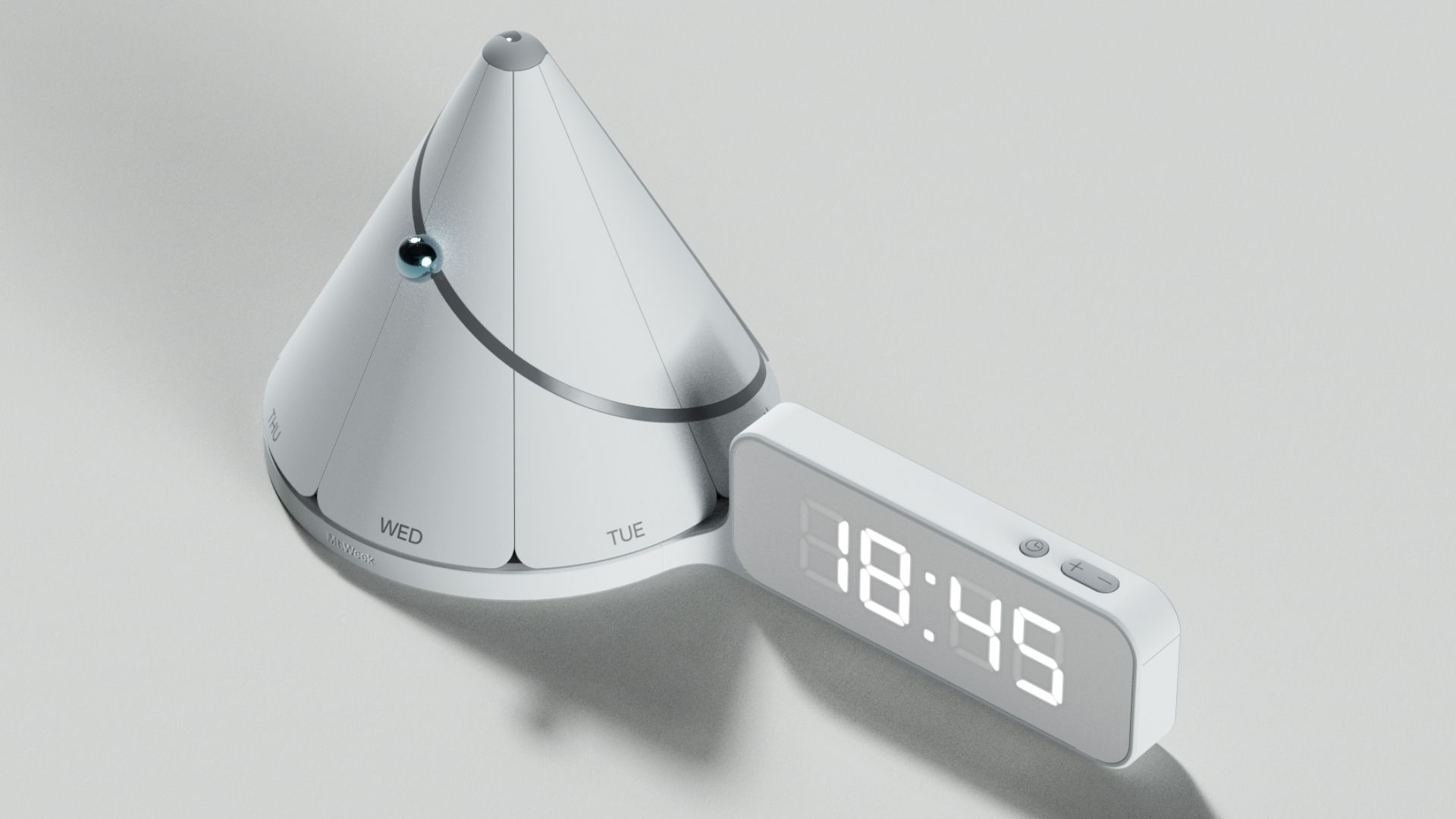 Bioforcetech has found an energy-neutral way to transform organic waste into a valuable pigment and material additive. Based in San Francisco and Vimercate (30 minutes north […]