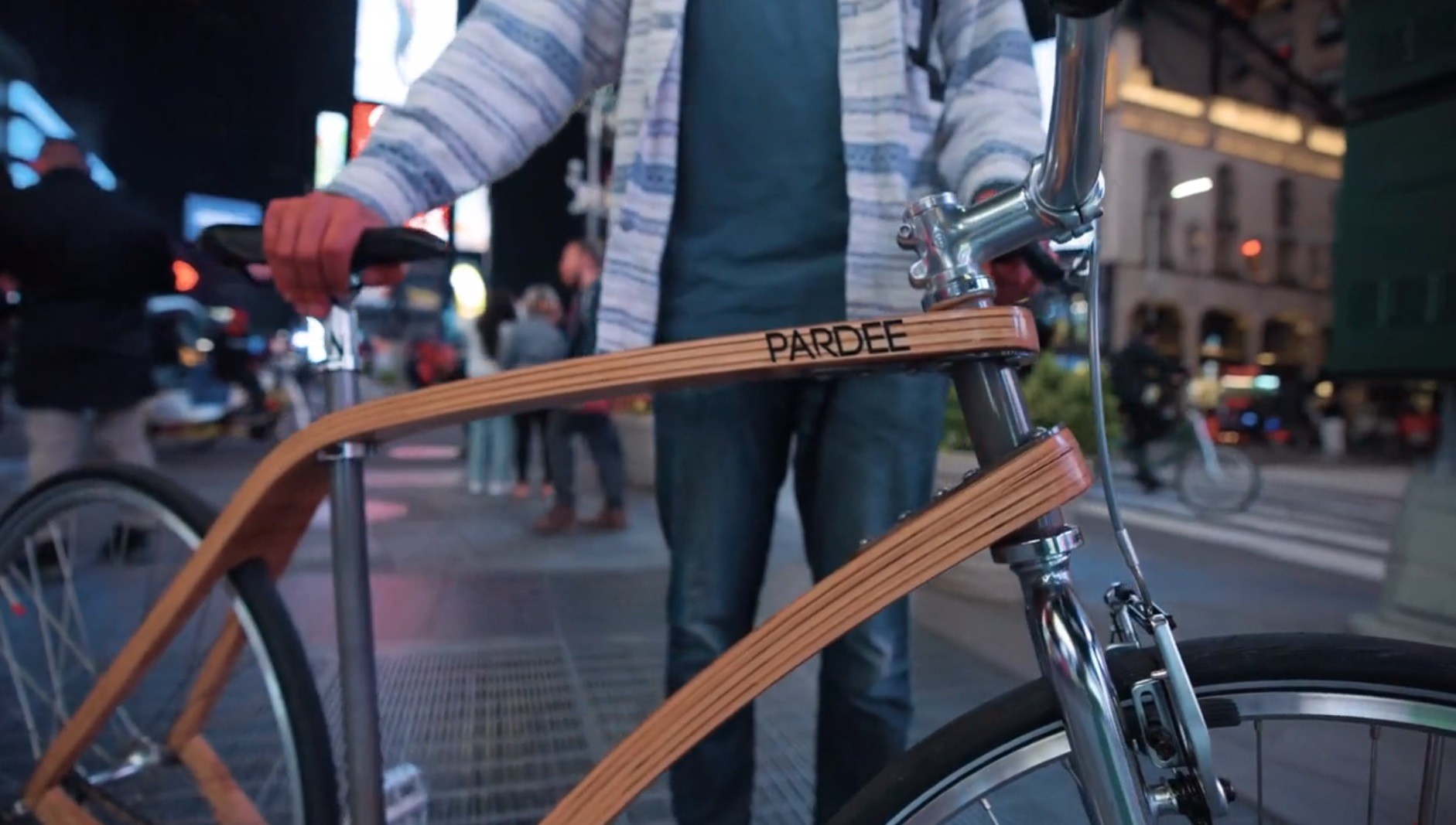 Pennsylvania-based manufacturer Pardee wants to reinvent the design of the bicycle by making it out of wood.

As far as modes of transport go, cycling is pretty green. It’s non-polluting, it doesn’t consume fossil fuels, and it causes virtually no damage to the environment. That is it, unless you consider the fact that most bicycles are made from metal, a material that requires hot, sweaty and energy-gobbling processes to produce.

Everyone likes to talk about two-wheelers as if they’re emission-free but the truth is, bikes don’t grow on trees. Cycling might be well known as being low-carbon but it could be more sustainable, which is why the Pennsylvania-based manufacturer Pardee is making bicycles out of wood.

Built around an ultra-strong wooden frame, earlier this month Pardee began funding for a city bike that uses 77% less metal than the traditional mass-produced metal city bike. Instead, the design supplements it with locally sourced wood.

The project is a way for the company to reduce its carbon footprint because the bike doesn’t require intensively processed metals and chemical treatments to be built. Major frame choices often include steel, aluminum, and carbon fiber, all materials considered energy-intensive to produce.

Instead, Pardee uses raw materials that grow naturally, nurtured by the sun. When compared to the traditional mass-produced metal city bike, the Pardee bike uses 53% CO2 emissions and saves 19.32 kWh of energy to produce.

The low-carbon footprint isn’t the only advantage of the wooden bike, according to its creators. The wooden frame also makes the bike lighter than average metal city bikes, with the bike weighing 25.5 lbs. (11.5 kg). Pardee claims its two-wheeler weighs a pound less than a regular metal bike and has half the weight of a rideshare bike.

Curious to know more about bike design? We have gathered 7 ½ electric bicycles to turn you into a daily rider.

The Pardee bike boasts a design that feels contemporary in part because of the wooden body but also because of the soft curves that define the frame. It consists of 38 strongly pressed layers of locally sourced maple pressed together under high pressure in order to create a build that ensures high strength and stability.

With a short chainstay and strategically placed alloys, the Pardee distributes impact along its cellular structure, making the bike resilient to shocks whilst delivering a quick and agile ride. Its compact design makes it easy to manoeuvre through traffic and down a tight staircase. Three sizes are available for the Pardee bike, ranging from 5’3” to 6’2” (162 to 188 cm), and customers can choose between a single speed freewheel or internal, three-speed gear hub.

Unveiled with a Kickstarter campaign last week, the idea for the project came as a result of the global pandemic, which put Gilson Snow, an American snowboard and ski manufacturer out of production for two months. During that time, some of the company’s engineers decided to build the “Pardee Bike”, named after a local swimming spot and using the same technology as Gilson’s snowboards.

Pardee Bikes has already managed to achieve its $25,000 goal, raising almost $30,000 in less than a week and the eco-inspired mission doesn’t stop there. The team has increased its fundraising goal to $100,000, which it says will help them realise a farm of solar panels outside their headquarters that would power the machines to bring these greener and more sustainable bicycles to life.

Bicycles are changing the way we commute, head to the interview with James Thoem to know more about the role of cycling in the 21st century.