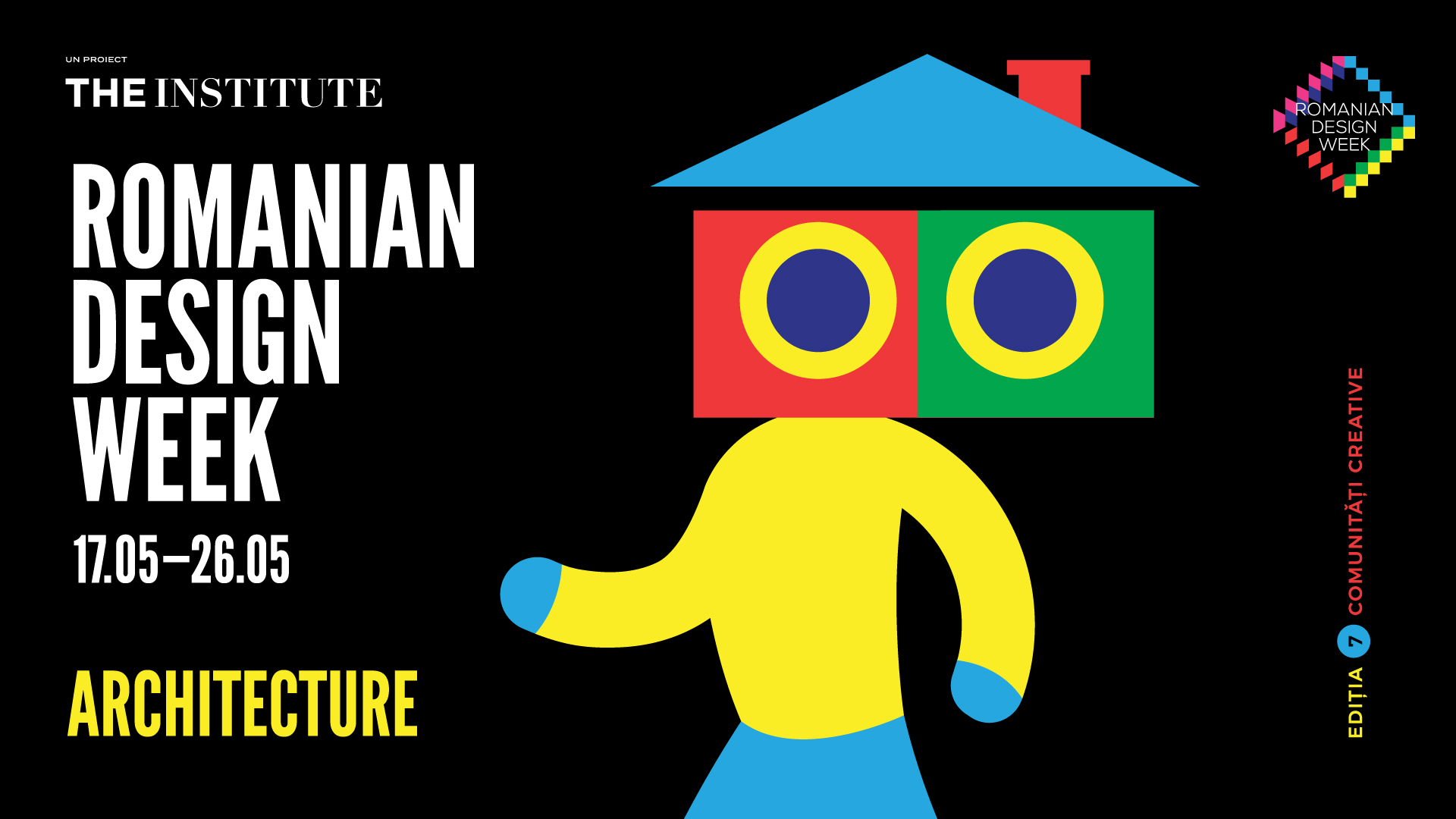 Wishing to bring the city’s creative communities under the spotlight.

Romanian Design Week, a multidisciplinary event dedicated to local creative industries, already at its seventh edition, will be held in Bucharest from 17th to 26th of May 2019.

Wishing to bring the city’s creative communities under the spotlight, this edition proposes three circuits that integrate more than 30 entities from the communities and hubs – Cotton Industry, Creative Tribe and InCotroceni.

Additionally, the festival includes a central exhibition, which presents some of the best projects made in the last year by designers, graphic artists and Romanian architects, a series of capsule exhibitions signed by creative and local organizations, but also from Moldova or France, a special concept store dedicated to the Romanian design, but also the second edition of the RDW Awards, awards that encourage excellence within creative industries and promote Romanian designers.

Each of the creative clusters that will participate at Romanian Design Week 2019 will have a dedicated day in the program of the festival:

Each of them awaits their visitors at Romanian Design Week 2019 with insights about design, performing arts, architecture and much more, as part of the series of events specially imagined for this occasion.

In addition to talks and workshops, at the Cotton Industry guests will be able to see two new creative spaces that will open in May.

Creative Tribe is a creative business community that operates in the same space of the ISAF building (Calea Giulesti 14, Bucharest).

They all invite the RDW public to participate at a series of individual events, but also at the joint exhibition developed at the ground floor – a multidisciplinary exercise that talks about the specificity of their community.

Creative Tribe proposes an exploration of the six floors of the building, a route that includes workshops, the official launch of a creative school with a new concept in Romania, a party on the terrace and many other activities signed by: Bianca Popp, Halucinarium Creative Triad, Attribute, CROM14, Oltin Dogaru Studio, FatFox Animation, Atelier Teli Iacsa, Smallet, ERSA Atelier & more.

InCotroceni, one of the most congregated communities of the city, is active in the last weekend of the festival with a new edition of the Cotroceni Bazaar.

Similar to Portobello in London, the Cotroceni Bazaar brings together during two days the small local businesses and the courtyards and gardens of the locals who open up in an open-door community event.

This year, the theme of the action is recycling and besides its organized yard sale, several businesses will develop their own activities.

The central exhibition of Romanian Design Week, the largest multidisciplinary event in Romania, will bring together five categories:

over 200 of the best projects made in the last year by Romanian designers, graphic artists and architects.

The exhibition will be arranged in the BCR building from the University Square, a historic monument, built in 1906 according to the vision of the architect Oscar Maugsch.

The same space will host a series of capsule exhibitions signed by:

as well as exhibitions, installations or branded content made in partnership with IKEA, Absolut, Cemacon, MedLife or Illy.

The exhibition route proposed by 2019 RDW edition will be accompanied by conferences supported by:

The architecture of the central exhibition is signed again this year by Attila KIM Architects.

The Romanian Design Week concept store, developed in partnership with George, the first intelligent banking, will be open to visitors during the 10 days of the festival and will present a selection of curated design products from small pieces of furniture, decorations and books to stationery, accessories or jewelry.

RDW Awards, format powered by glo, rewards the projects from the central exhibition which distinguish by a unique approach, revealing the desire to celebrate what the Romanian design has best to offer in 2019.

The winners will be chosen by 2019 RDW creative board.

The event will take place at the Odeon Theater in Bucharest and will be presented by Mihai Gurei, member of the RDW creative board since its first edition.

Romanian Design Week supports and amplifies in 2019 the local creative industries’ speech, highlighting the major contribution that creative communities have in transforming the capital of Romania into a truly modern and European city.

More details about the 2019 RDW program will be published soon on the official website.

About the Romanian Design Week

The event has set itself as the most important multidisciplinary festival in Romania during the previous six the current state of development of the local design and creative industries: architecture, urbanism, interior editions so far – an x-ray of design, graphic design, fashion design, object design or other initiatives or projects that use creativity as the main development resource.

A project signed by The Institute, Romanian Design Week is an annual festival that promotes contemporary Romanian design as a tool that can contribute to social, economic and cultural progress.

It is the first project entirely devoted to design, which targets both the large public and the professionals.

Each year, Romanian Design Week draws a map of events and spaces that promote design.

AFCN is not responsible for the content of the project or the way the project results can be used. This is entirely the responsibility of the beneficiary of the funding.

France – the country invited to Romanian Design Week is a manifestation organized within the Romania – France 2019 season.