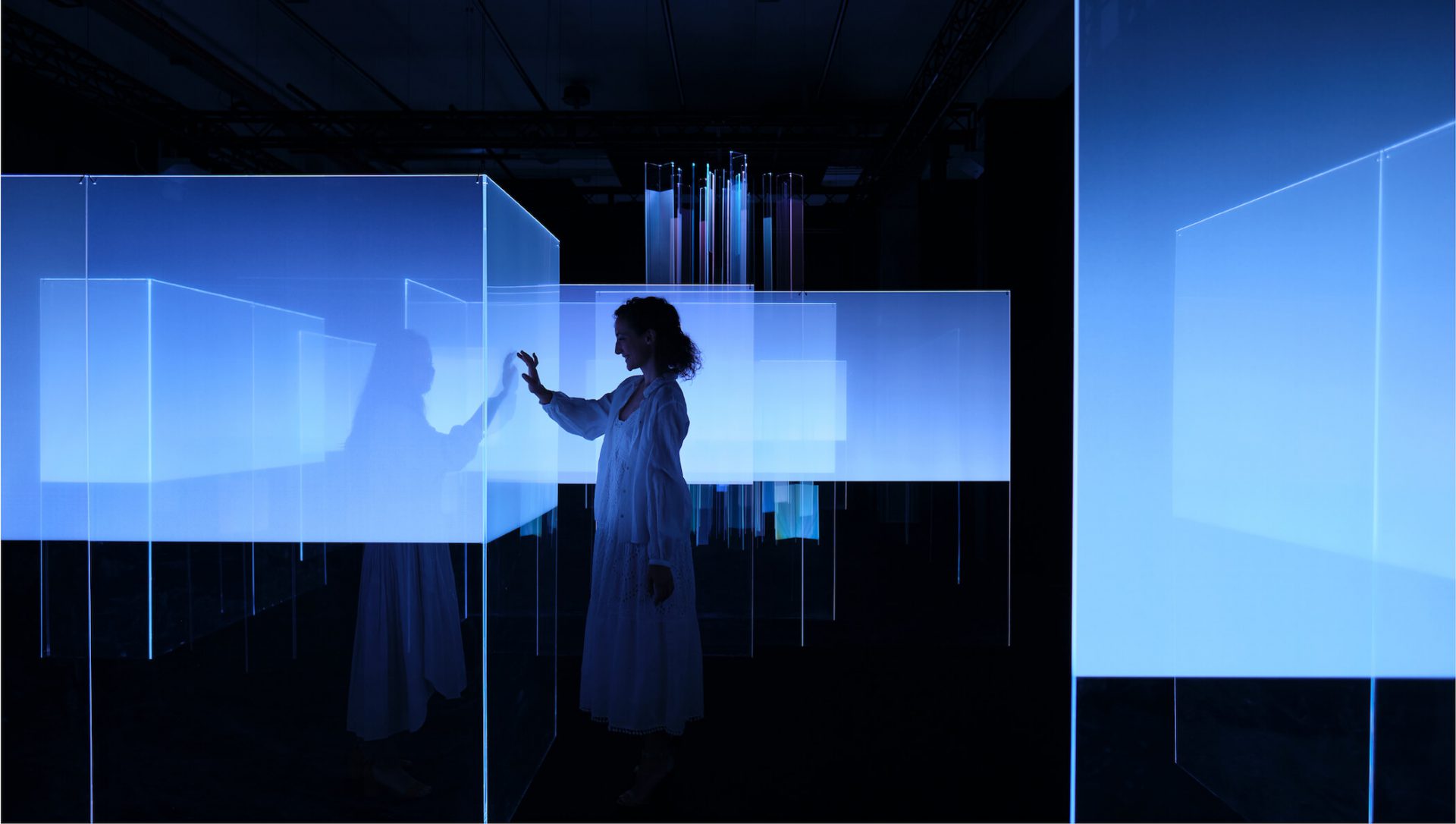 A labyrinth of colourful light and a vision of our automotive future feature amongst our highlights from the exhibitors of the local organization “Tortona Design Week” during Milan Design Week 2021.

Milanese organization Tortona Design Week manages most of the events in the historical design district Tortona, one of the main showcases during Milan’s annual design week, which welcomed an impressive 35,000 visitors at this month’s Fuorisalone. One of the trendiest areas in the city, “Zona Tortona” becomes an exposition of the best of the latest trends of design as part of the annual design event.

Students were asked to design a virtual and physical installation (which will be exhibited in April at Salone del Mobile 2022), involving the roundabout of Largo delle Culture, one of the symbols of Tortona Design Week. They were challenged with reinterpreting the roundabout in an ecological and sustainable way “with an eye on the Milan Cortina 2026 Winter Olympic Games”.

This year, its installations reflected an overarching theme focusing on concepts related to the human being, nature and sustainability. Among its international exhibitors were Japanese manufacturer Nitto, Chinese home appliances company Haier and European brand Hoover. Here are our top three projects from the event.

‘Search for Light’ installation by Nitto

Japanese manufacturer of high-performance materials Nitto unveiled “The Search for Light” installation providing a close-up look at its latest light control technology, Raycrea. The film-like component can be applied to a glass or acrylic panel with a LED at its edge to guide the light from the source and create a surface glow.

Developed with architectural lighting designer and creation partner Kaoru Mende, the installation was divided into three areas. Upon entering the exhibition, visitors encountered “Play with Light”, which presented a series of panels sealed in Raycrea film to create a forest of mutli-coloured light.

The second area, “Light in Architecture”, featured a selection of Mende’s architectural lighting works and video interviews, exploring the application of Raycrea technology in architecture and urban spaces. And finally, “Light is Material” introduced the material’s potential uses in a wide range of applications, including architecture, interiors, lighting equipment and other products.

Belgian brand Delta Light unveiled a toolbox of flexible lighting and acoustic components called Soliscape. It was created in collaboration with founder and principal of UNStudio, Ben van Berkel, for use in “user-centric environments” like offices, as well as in hospitality, retail and public spaces.

Soliscape combines several directional spotlights within a basic framing element that can be added to as necessary. Perfectly situated above tables in meeting areas or to illuminate dining tables, the lighting system also enhances the acoustic properties of the space thanks to circular acoustic panels, which can also be adjusted as desired. Meanwhile, connected sensors ensure that lights are only on when necessary. To add to its eco-credentials, more than 60% of the material in the acoustic panels comes from recycled PET bottles.

Global Italian design company Icona Design Group made its debut at Milan Design Week with an exhibition of innovative creations in the automotive, industrial and product design sectors. The carefully curated selection was intended to create a narrative of the company’s growth during the past 10 years of activity.

The exhibition was split into three areas: the “Icona” area, with models and projects realized in the automotive sector, responding to issues such as electric mobility and autonomous driving, the “Sanification” area, which exhibited projects focused on environmental sustainability and energy efficiency. Highlights include the studio’s first fully autonomous concept car and an air filtering necklace that allows its wearer to breathe crisp and clean air like after a storm.