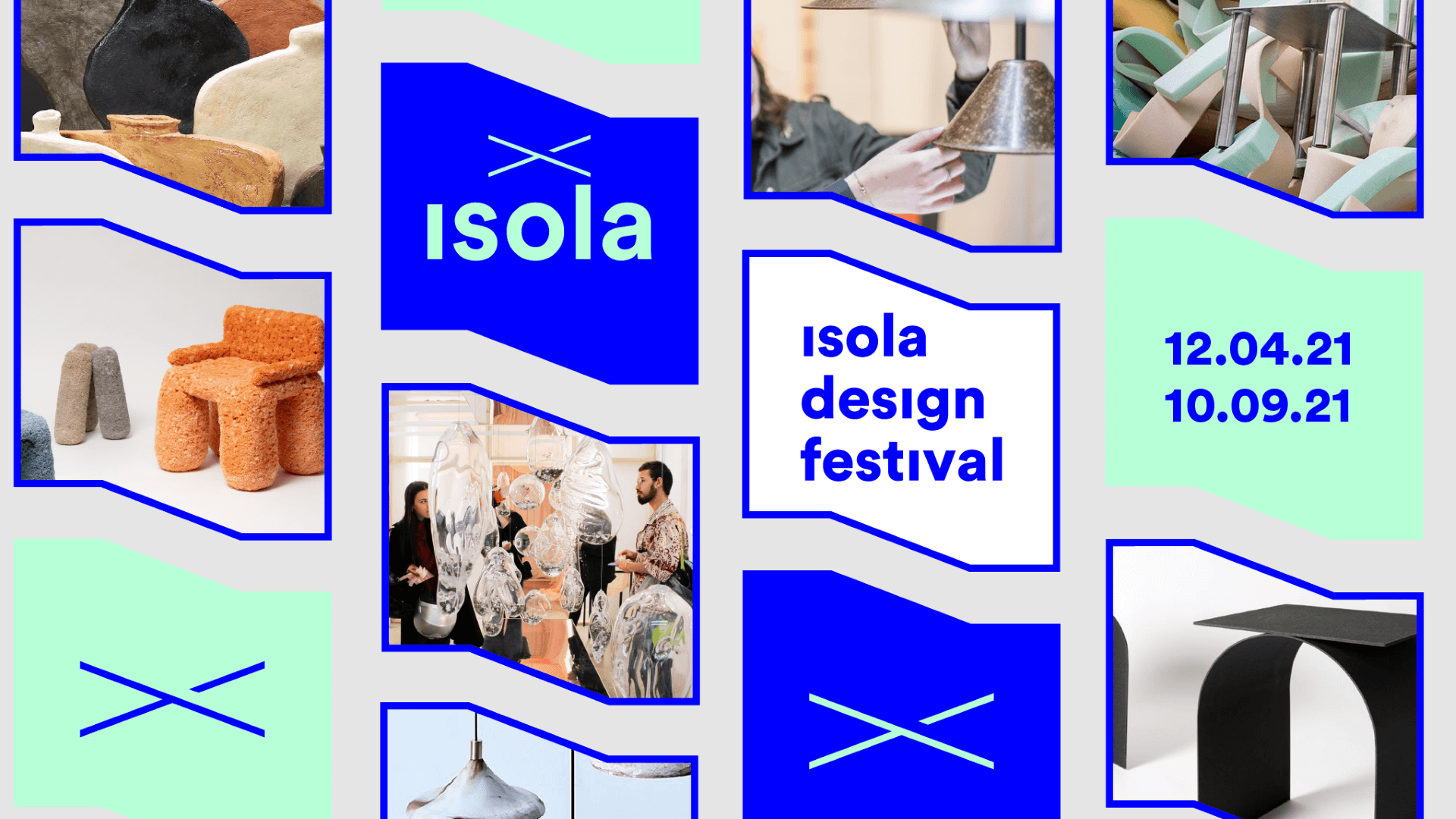 A kick-off full of events for the Isola Design Festival, the six-month hybrid event starting on 12 April and continuing with the Milan Design Week in September.

Spring came and you can begin to breathe the air of design in the shadow of Boeri’s Vertical Forest in Milan, thanks to Isola Design Festival, the six-month event powered by the Municipality of Milan, beginning on Monday 12th April online and continuing live in September, during Milan Design Week.

April still remains the month of design in Milan as it has always been! Even though the tradition was interrupted last year, it still brings a glimmer of hope to the organizers of Isola, the Milanese Design District that has been partially transformed into a digital platform with massive success during the last year. In addition to the online program, in fact, several physical events are planned in the Isola neighborhood from July to September, when Isola Design Festival will end concurrently with the Fuorisalone, scheduled from 5 to 10 September.

From digital to physical, therefore, from the new online platform to the Milanese district where it was born, Isola continues to give visibility to emerging designers and independent studios from around the world, promoting those projects that look to the future for sustainable characteristics, innovation, research, but also aesthetics and functionality.

We Are What We Design

With the theme We Are What We Design, Isola Design Festival aims to raise awareness of designers, professionals, and enthusiasts, about delicate topics. All the design industry players are involved in a reflection on the events in the surrounding environment that are undoubtedly changing the balance of our society. Being a designer today means designing new products and, above all, finding new solutions to improve the quality of life of inhabitants.

The event is an actual container for numerous initiatives. From an animated graphic interface of the Isola neighborhood, users can learn about the profiles and projects of the 45 participants selected by the curatorial team for the launch of the event. Users can also visit virtual exhibitions – two initially, which will increase over the months – and watch live shows, talks, and interviews with international guests on Isola TV, listen to Radio Isola on Spotify or take a quiz to discover the members of the Isola Design Community.

Taking a look at Milan Design Week, you will always have up-to-date news about the annual event globally renowned for the so-called Fuorisalone.

Designers participating from the launch

Among the designers and design studios that present their new projects, there are many names already known for those who have been following Isola for some time. To mention a few, Rik Makes who developed the material Compostboard that allows the mass production of compostable furniture; the Italian Formanuda Design and Finemateria studios, which with their projects, run through the sensory and contrasting relationships between human beings, objects, space, and materials.

Among the most celebrated designers is, for instance, Valdís Steinars, an Icelandic designer who works with organic materials and is the current Formex Nova Nordic Designer of the Year.

Each week the festival will be enriched with new names, projects, contents, and initiatives, such as Isola Design Awards, starting in May, and the Isola Design Classes, in September.

Isola Design Awards will have four categories – Product & Furniture, New Materials, Innovation, and Smart Living – and three awards per category that will come from the public, the sponsors, and an extremely varied jury, composed of 22 international jurors with different backgrounds, skills, and ages. Among them are, Masquespacio, Elena Salmistraro, Sara Ricciardi, Maurizio Lai, Alexandra Klatt.

Italian Designer Tommaso Spinzi designed the Isola Design Awards prize. The awards will be produced by Caracol AM, using only recycled plastic materials, metallic coating and a robotic arm for 3D printing. From May 3rd it will be possible to apply for the competition, while the awards ceremony is scheduled for July 23rd in Milan, obviously in the Isola district!

Monkey 47 and Lamitex take part in the Festival; the latter has decided to reward one of the designers by allowing him/her to participate in the design of their installation planned in Isola in April 2022.

Many topics will be discussed amongst the live talks and interviews on Isola TV and will also be available on-demand, entertaining visitors with events daily during the launch week of the event and, subsequently, weekly until Milan Design Week in September.

The event’s Media Partners include DesignWanted, our design magazine founded by Patrick Abbattista, who will also be an active partner of Isola Design Awards, assigning his Design Wanted Special Award for the Product & Furniture category.

In September, several exhibitions will be organized in group shows divided by macro-categories – Collectible Design, Innovation, and Bio-Materials will be the main ones – with projects that will be told through thematic paths, to guarantee safe access to the spaces according to the regulations that will be in force. Like always, it will also be possible for companies to book one of the locations among those available in the neighborhood.

The Call for Entries remains open until July 31st, and it is possible to apply on join.isola.design/festival.

The current health situation is bringing to light problems, changes and opportunities for the design field. Discover the role of design in the new normal with Metafora.