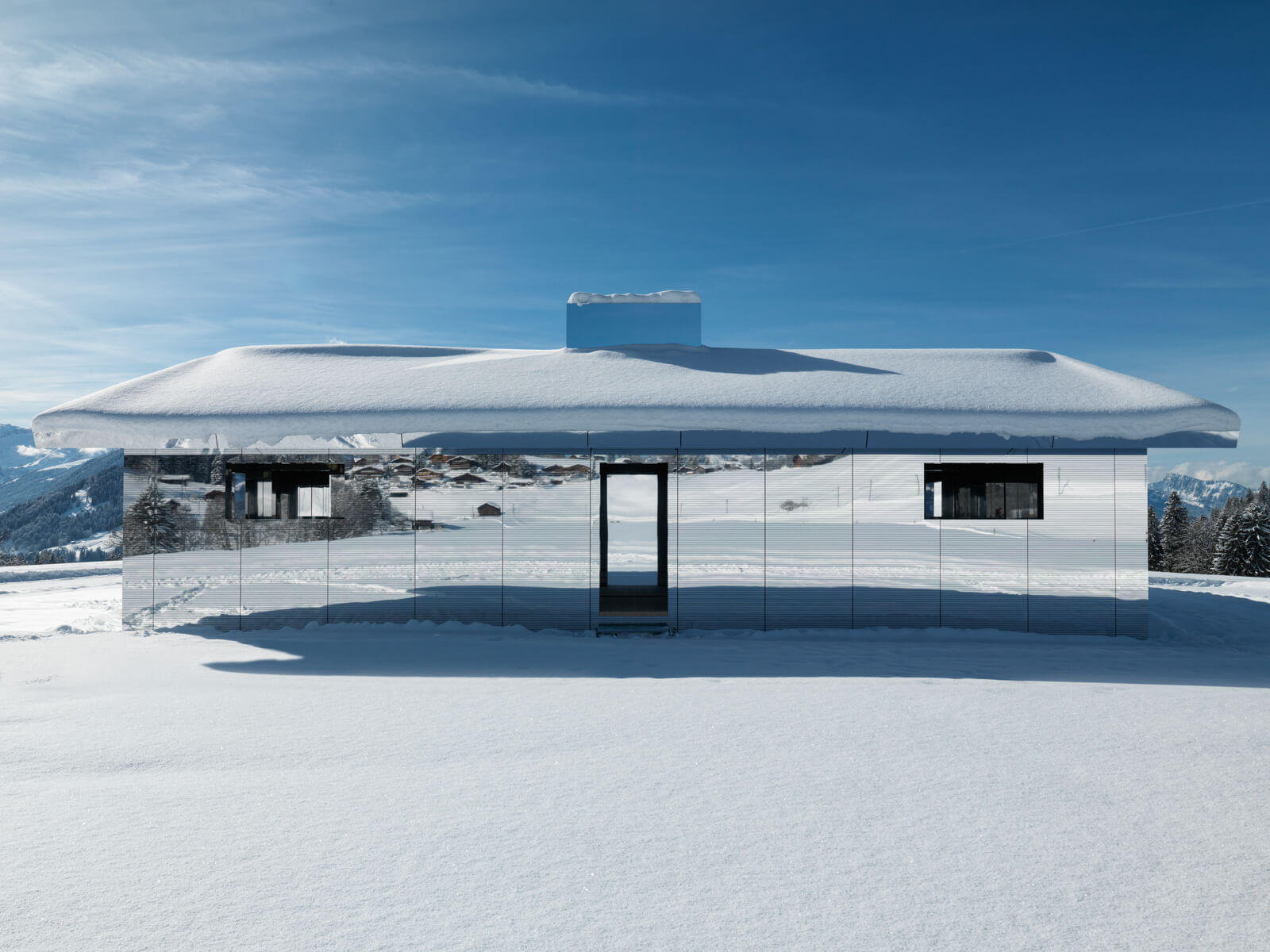 Winter is coming, representing for most an indoor, fireplace and hot tea season, as well as a snowy and adventurous one. Winter is arguably pretty cool and architecture follows through.

At least in the parts of the world that experience seasonal changes, winter is the time of the year when the contrast between the outdoors and the indoors is at its peak, favoring both at the same time. Here are 8 concepts that uniquely blend and capture architecture with this wonderful season.

Able to withstand the harsh winter conditions, Skýli, meaning shelter in Icelandic, is the name of a trekking cabin designed by Utopia Arkitekter. The original concept was developed to be easily transported to remote locations along some of the most famous trekking trails in Iceland.

Skýli combines four sharply pointed pyramidal architecture shapes into a very strong, durable, safe and stable structure that is both characteristic of and highly visible in the natural landscape.

The triangular gables resemble a classic tent, the most basic shelter used by trekkers worldwide. It is also the same shape frequently used in the roof structures of traditional Icelandic cabins or huts.

Designed by Norwegian architect firms TYIN Tegnestue and Rintala Eggertsson, Fordypningsrommet, the Arctic Hideaway is a cluster of rental cabins on the coast of an island in the Arctic Circle of Northern Norway.

As extreme and rugged as its terrain is, this mono-functional winter architecture is elegant and playful, clad in sustainable tropical wood and perched on steel feet anchored in concrete to leave as minimal a footprint as possible.

The arctic hideaway becomes a perfect resting place and shelter from the cold arctic winter.

Aptly named Mirage Gstaad after the region and its optical effect, the architecture echoes the snow-covered landscape while also disappearing into the surrounding environment.

“Mirage Gstaad becomes a framing device, a perceptual echo-chamber endlessly bouncing between the dream of nature as pure uninhabited state and the pursuit of its conquest.”

The Yabuli Conference Centre by MAD

The new conference center by China’s MAD Architects is set into the snowy mountains of China and pushes the winter aesthetics into a new level.

The four-story building will host a 1,000-seat auditorium, as well as a secondary 350-seat venue, a series of conference rooms, studios and a library space.

Sergey Makhno Architects released a new project in the Kyiv region of Ukraine. Designed for Makhno’s own family, the ‘father’s house’ design follows a minimalistic approach while creating a place of safety and comfort.

Concrete, glass and rebated roofs are used as the basic construction materials. The design incorporates outdoor terraces, a garden of stones and a pool.

The walls are designed to protect the intimate spirit of the family while opening the house up to the panoramic landscape of the ‘father’s house’ site.

Stilts elevate this small winter cabin by Delordinaire in Quebec, sheltering beneath its base an outdoor living space with a warming interior. Ample windows in the ends and flanks of the cabin bring the precious winter sunlight in.

Named High House after its stilted architecture, the building is a great location for a winter day.

Constructed with panels of white concrete and corrugated metal, the external surfaces create a crisp gabled outline, while in the inside, the wooden substructure is left exposed to create a warm-toned living space.

The glasshouse by Santambrogio Milano rests on land with the scent of sun and rain. Its transparency welcomes the outside winter beauty while providing a distinctively clear shelter.

The house lives the landscape through architecture and material. The simplicity and geometrical shape of the building contrast the natural shapes as the use of glass blends harmonically.

The glasshouse bears witness to the succession of natural phenomena, responsive to their contrasts, the glass reflects and integrates into its transparencies the anger and peace of the winter elements.

The residence appears to hover over the ground like a bridge, blending into its setting and exposing itself to the extraordinary views that surround it.

The architecture studio aims to make a lasting contribution to the built environment and to do so in a sustainable and environmentally intelligent way.