A poet of concrete, Oscar Niemeyer showed his devotion to the female forms with curved buildings that redesigned the Brazilian landscape. 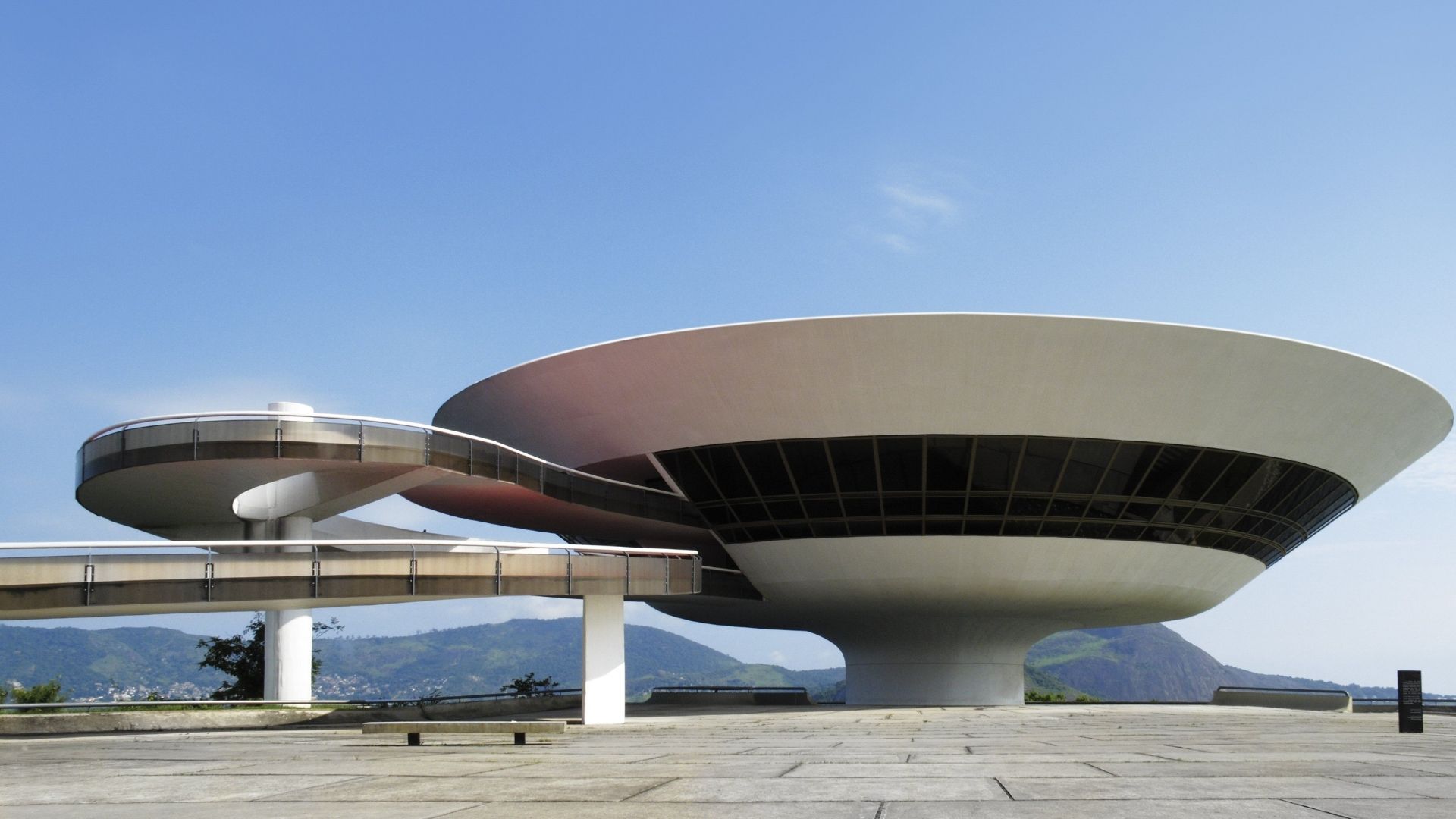 No architect ever matched Niemeyer free-flowing design, seeming to float above the ground. No artificial, straight lines or right angles, but sensual curves inspired by the Brazilian mountains and free-flowing rivers, waves, and by female forms.

From the 1940s, Oscar Niemeyer’s stunning constructions gave to the country, and to Brasília in particular, a modern, visual voice.

If this Carioca enthusiasm for life, made of women, parties, and jokes, was the driving force behind his work, the discipline came from Le Corbusier’s five principles, adapted to Brazil’s benign climate: accepting and respecting all the other schools, from Mies to Gaudì, Niemeyer transformed Les Corbusier’s scheme, standing out for incredible exploitation of free forms, linked to his roots and his country of origin.

Rising from a water basin, on a cliffside above Guanabara bay, the Niteròi Contemporary Art Museum is an elegant, curvy structure that creates a sense of lightness, allowing panoramic views of Rio De Janeiro and the Sugar-Loaf mountain. Accessed via a swirling, red-carpeted ramp, the UFO-like structure was intended to emerge from the ground like a flower, with a single cylindrical base that supports the entire building.

In 1956, the newly appointed Brazilian president Kubitschek asked his friend Oscar Niemeyer to literally build a new, more centrally located capital for his country. The architect was joined by his master and friend Lùcio Costa to devise the city plan, and four years later Brasília was inaugurated, together with its governmental Plaza of the Three Powers, that would become a guiding light of modernist ideals.

A striking, crown-like shape, whose exterior is dominated by 16 identical concrete columns that curve inwards, giving the structure an hourglass shape, or, more probably, the Cathedral of Brasília’s impressive aspect represents two hands holding a glass roof towards the sky.

Built by and for himself, the Oscar Niemeyer Museum represents both national and international artists, including Niemeyer of course, but it is the playful exterior to position itself as the main attraction of the museum: dubbed as ‘the eye’, for its sinuous forms, the lines might as well be evoking the contour of a hip, a thigh or a female breast.

Oscar Niemeyer’s last work is what the architect himself has called the most important of his European designs and his only Spanish project: a gateway to the best of the world’s culture, in all its forms, the Niemeyer cultural center consists of different yet complementary areas, sculptural shapes where his free-flowing and optimistic sign is easily recognizable.

Located on the estuary of Avilés, with its size and bright colours, the Niemeyer center represents the architect’s highest point of an effort to transform architecture into a piece of art.

Find out more about the masters in the architecture field, don’t miss Archi Icons – Frank Gehry. 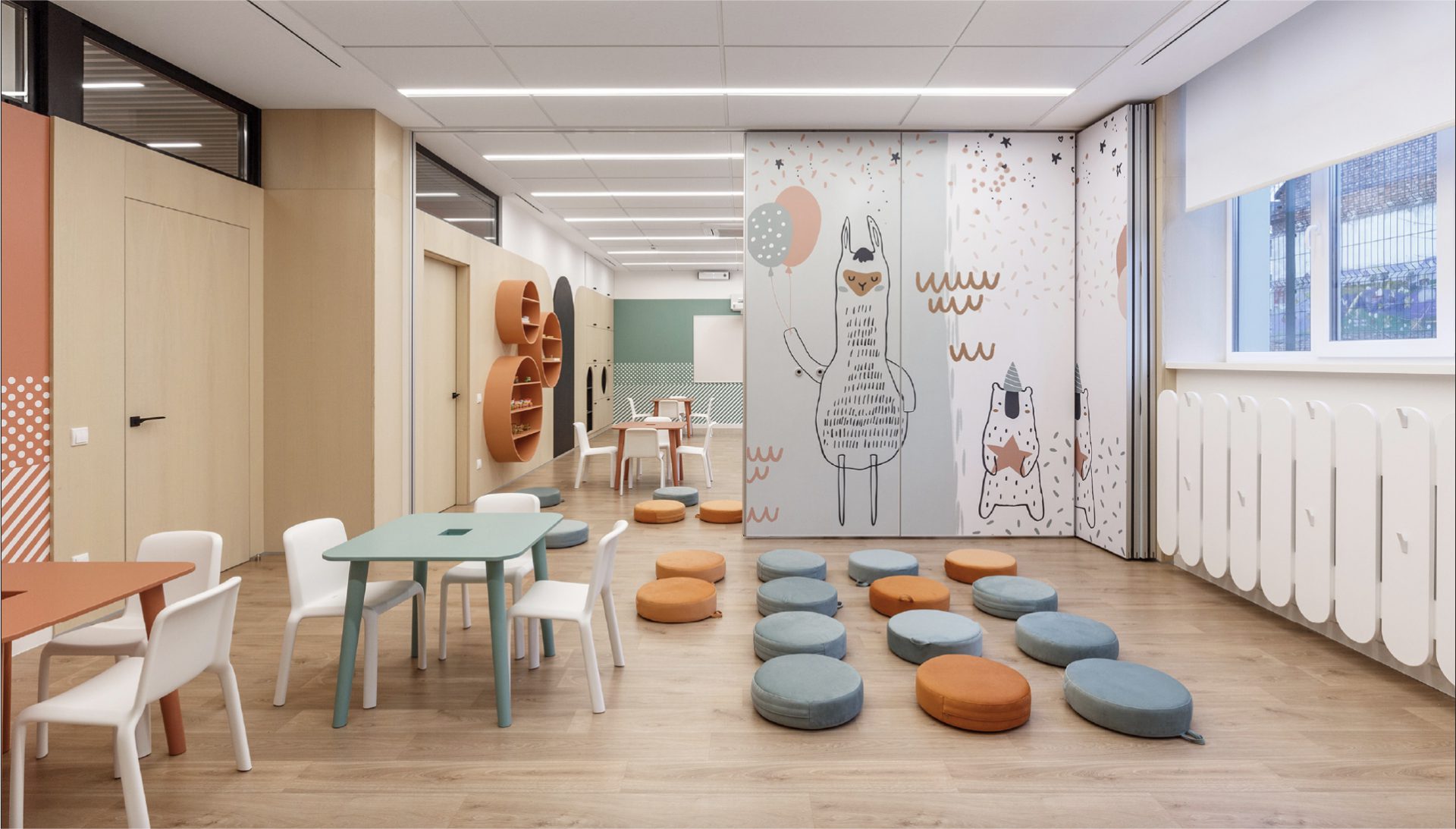 How SVOYA STUDIO used curvilinear forms and soft pastels throughout the interior design of Hello BABY children’s centre, in Dnipro, to create intertwining versatile spaces for […] 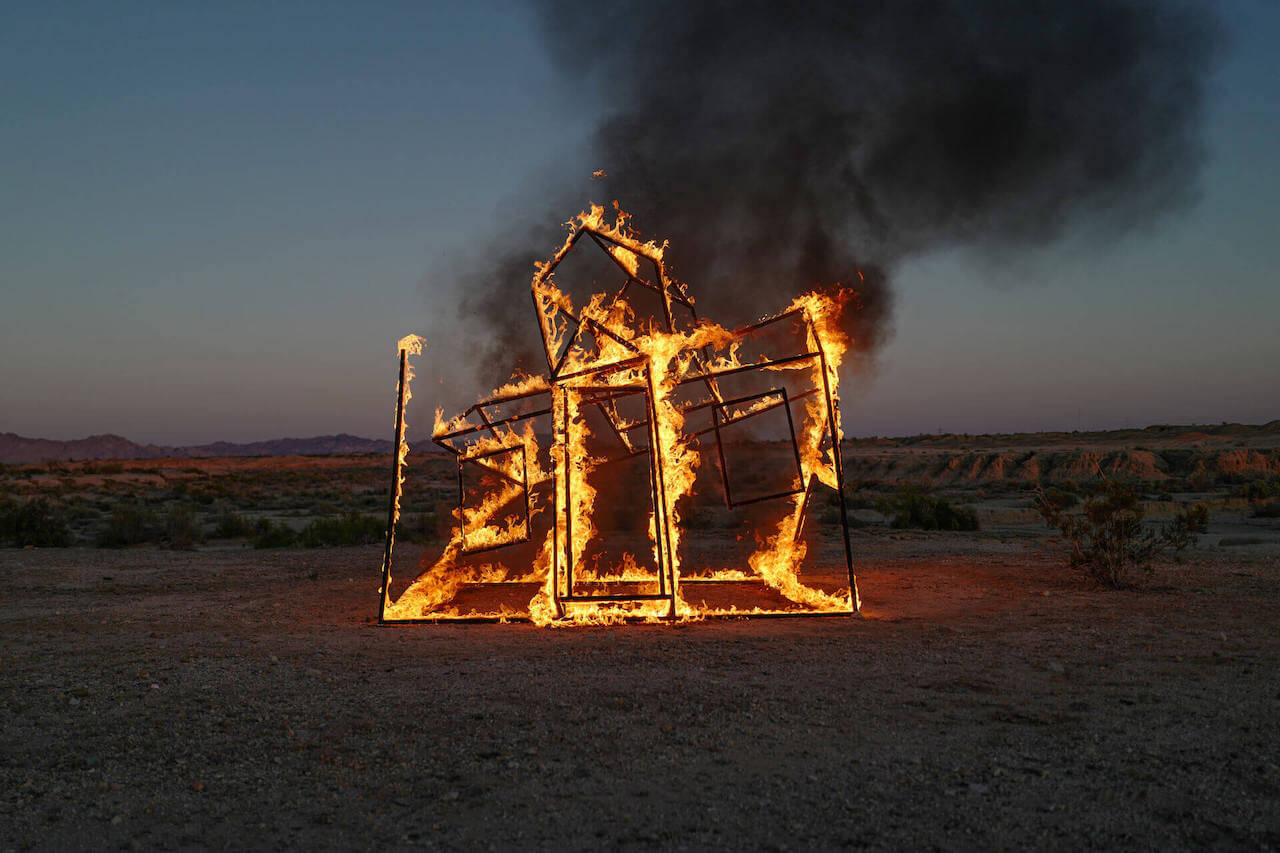 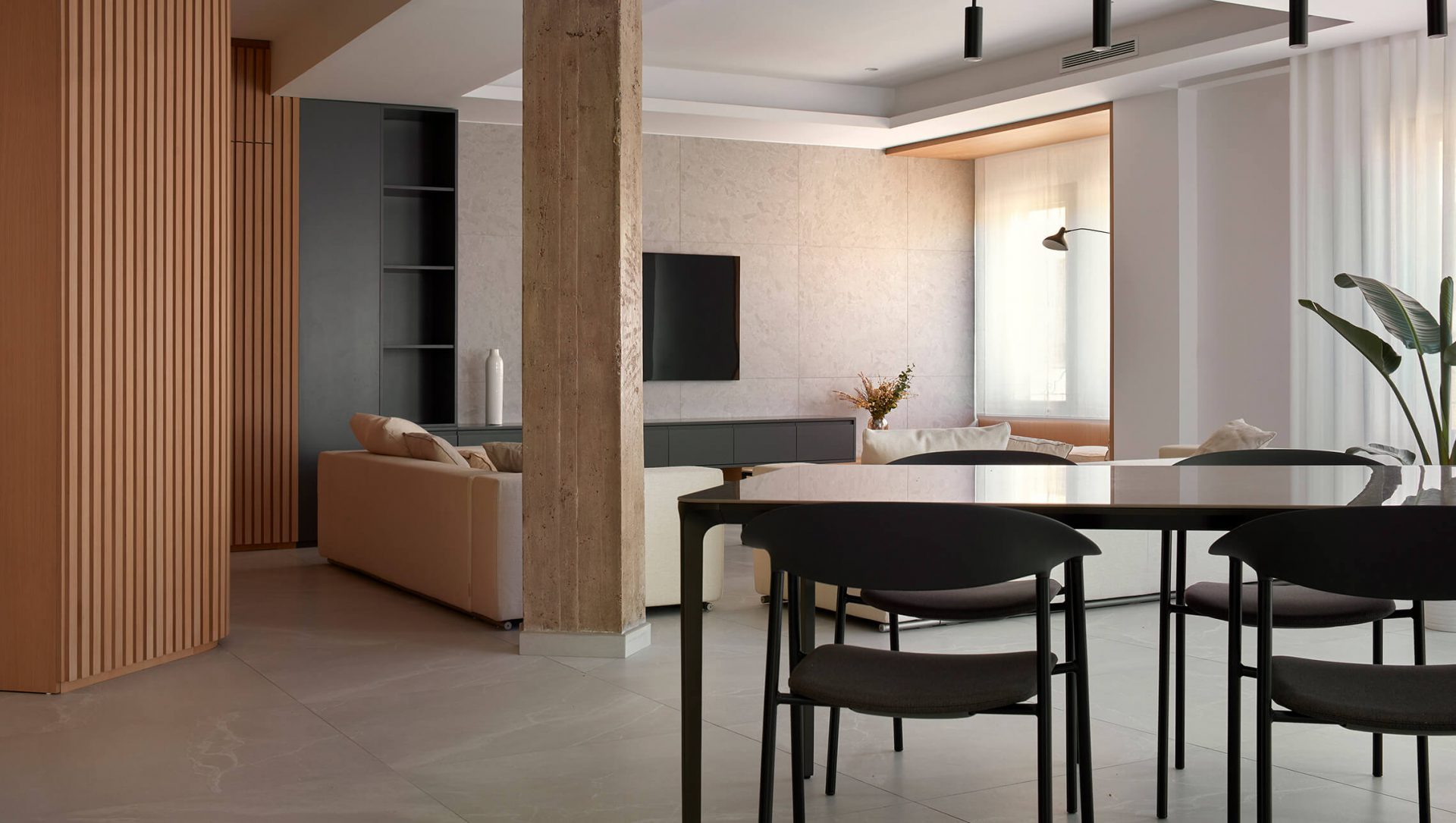 A curved wall gives this muted apartment a sense of drama