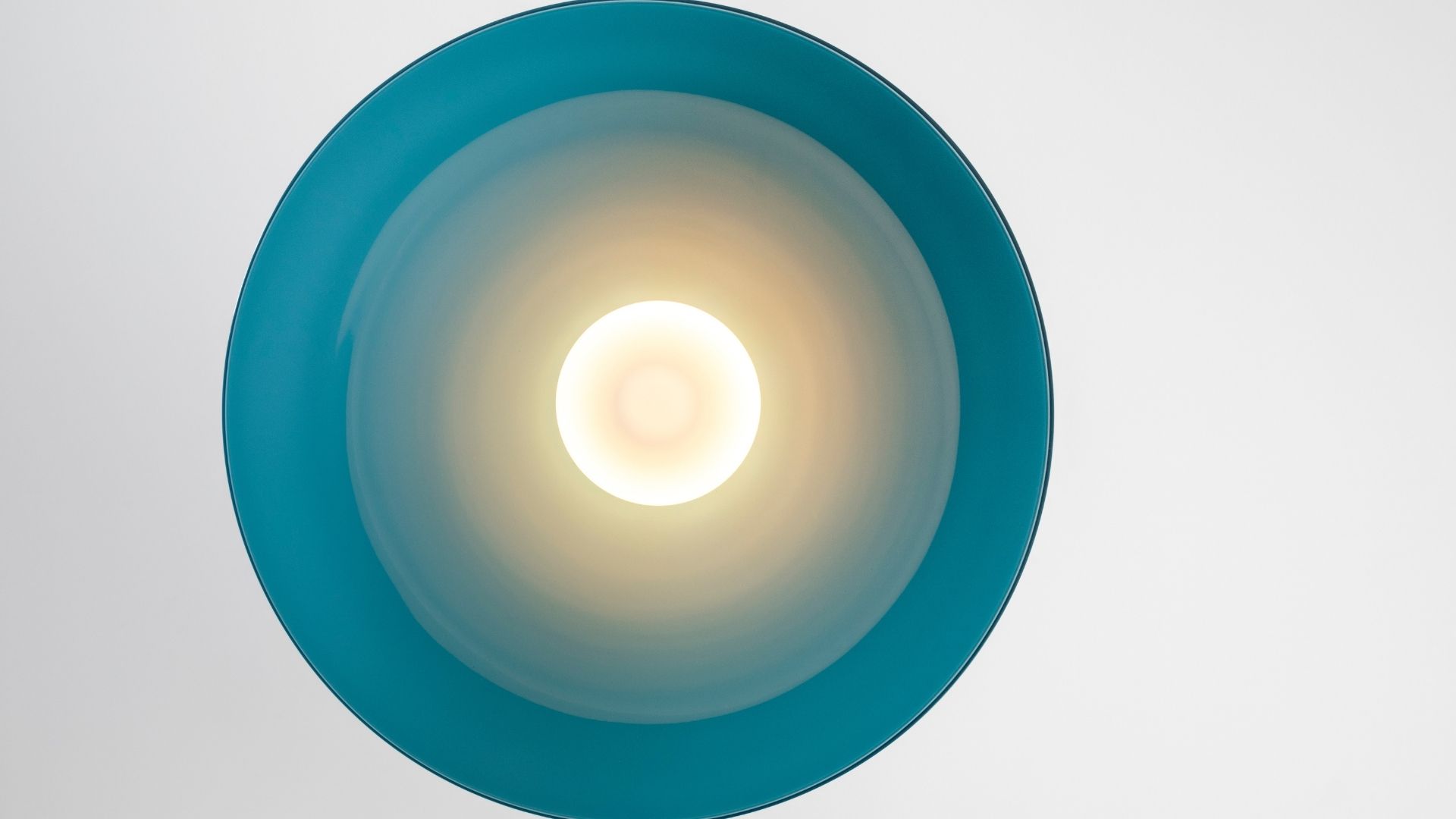 Taking inspiration from the shape of the cone, British designers Edward Barber and Jay Osgerby have designed a series of floor, wall, and pendant lamps presented in a new solo show at London’s Galerie Kreo.

Throughout the careers of Edward Barber and Jay Osgerby, cones have appeared as a motif in their design work. “There is something about the cone that we often return to,” notes Barber. “There’s an energy in its form,” adds Osgerby

‘Signals’ is the first lighting collection that Barber Osgerby has developed for the Galerie Kreo in London, offering a series of references to the work of the design duo.

On this occasion, those references are centred on one striking shape—the cone. Each lamp consists of an aluminium box that forms the design’s base, onto which conical glass cones are attached.

These cone shaped shades are combined with aluminium boxes that are angular and direct, working in contrast with the Venini cones that bloom from in a delicate manner.

“There’s a tension between the industrial and the artisanal elements of the lamps, which we call engineered craft,” says Osgerby. “We’re always trying to work in this space between the sketch and the machine.”

As lampshades made of glass, Barber & Osgerby not only attract attention with the cone, but also reveal subtle colour transitions in the material from light to dark through its illumination.

The structure of the lamps is provided by hand-formed, colourful aluminium box sections, onto which are affixed large conical glass shades that have been mouth-blown by master artisans at the Venini workshops on the island of Murano, Venice.

The cone as a perfect geometry

As lampshades made of glass, Barber & Osgerby attract attention with the cone, but also reveal subtle colour transitions in the material from light to dark through its illumination.

Central to the collection are a series of totemic floor lamps, which can be rotated to direct light around a room. “They are the ideal shape to transmit and receive information,” notes Barber. “They invite engagement.”

In terms of material and form, it offers many references to the work of the designer duo, with the cone playing a central role – because “the shape of the cone has a perfect geometry”, according to Edward Barber.

“There are fragments from many different parts of our past work that have come into creating these objects,” says Osgerby. “Colour compositions, making techniques, and familiar forms. Each light acts as a signal for these ideas,” adds Barber.