Rex Sowards designs a warm, nostalgic Macintosh Pocket – taking the vintage Macintosh Classic and slimming it down into an alluring device similar to the Game Boy. 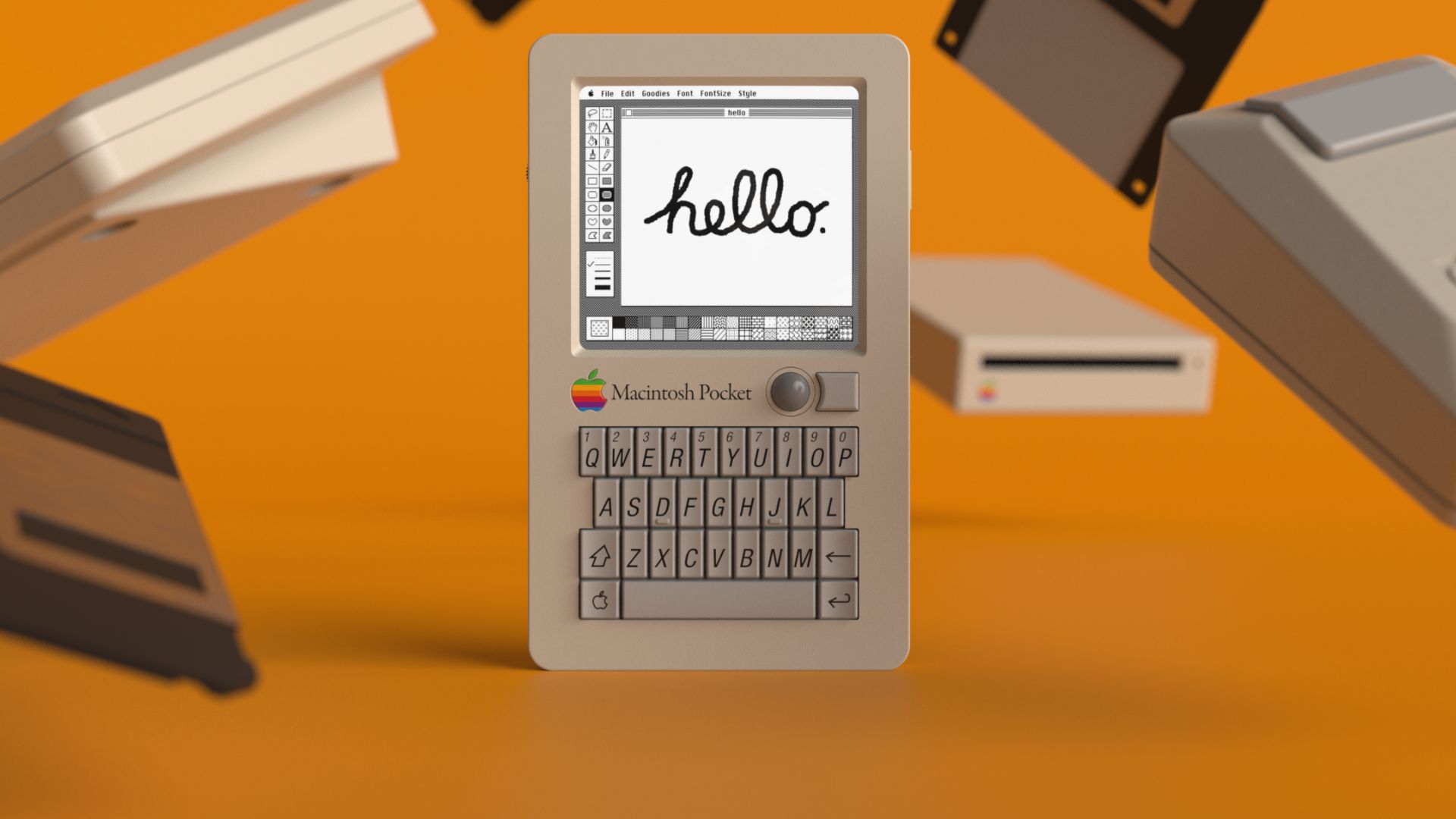 Seamlessly taking the vintage Macintosh Classic and brilliantly slimming it down into a device similar to the Game Boy – industrial designer based in Arizona, Rex Sowards crafts a one-of-a-kind technology-filled ‘Macintosh Pocket’.

Well, without a doubt, absolutely no one in the 80’s or 90’s could have even dreamed of the iPhone we have today.

But what if Apple tried to make a pocket Macintosh back then?

“I initially started thinking about fabricating a Macintosh Phone and this idea started brewing several years ago while watching the show Kimmy Schmidt.

Kimmy had been in a shelter, locked away for a long time. Upon rediscovering the world she was handed an iPhone and after seeing the Apple logo she simply exclaimed – ‘wow! is this a Macintosh?’

This is how my thought process for the Macintosh Pocket was born” says Sowards.

After spending a lot of time studying vintage Mac styles as well as the Snow White design language and aesthetic Apple used in the late 80’s – he debated on giving this device a floppy drive slot but ended up just conceptually focusing on eye-catching classic Mac connections.

Right from the Macintosh Classic to the Performa and Quadra – Sowards drew most of his inspiration from the models he knew best, along with the Game Boy Pocket and took these attributes utilizing it as his guide.

Even though a product of this size from this era would have had a flat LCD screen – he opted to have a slightly curved feel of a CRT monitor that features the look of using an old-school computer.

Drawing from the early PowerBooks – this eclectic object comprises a trackball on the right which gives it the perfect space for encompassing the Apple logo as well as label.

“I had such a fun time implementing the same back cover that the Game Boy had for the batteries but I put the connectivity ports in there.

It would be very ‘Apple’ to hide these ports, which is why I strayed from putting them on the sides, which would be the more logical location for the PCB” Sowards adds.

He went on to include most of what the Macintosh Classic had on its rear ports – the Apple Desktop Bus (ADB), Printer, Modem and a SCSI DB-25.

Additionally – for the back he further looked at several labels of old Macs and while they were all very similar he skillfully focused the most on copying the label from the Performa’s rear label. 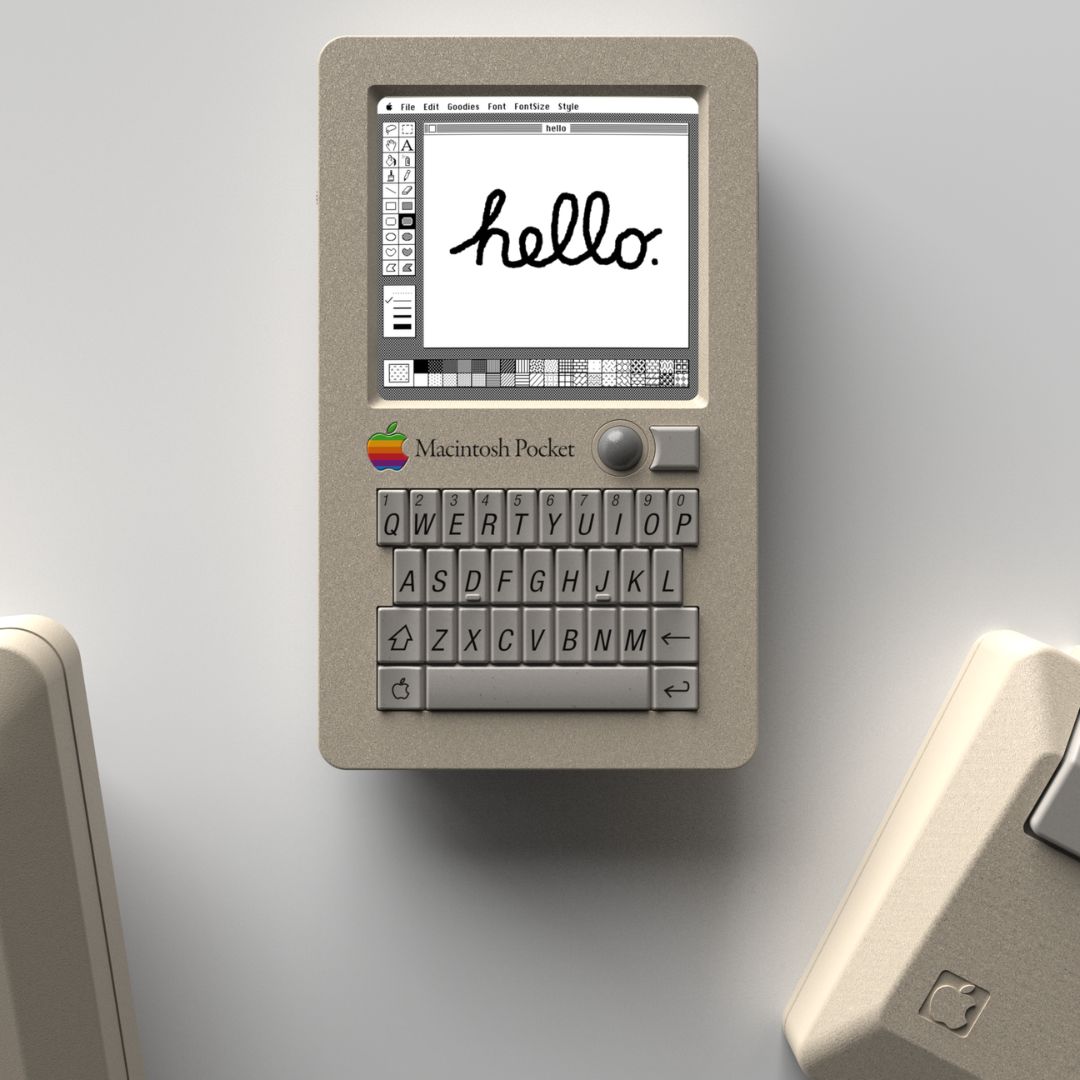 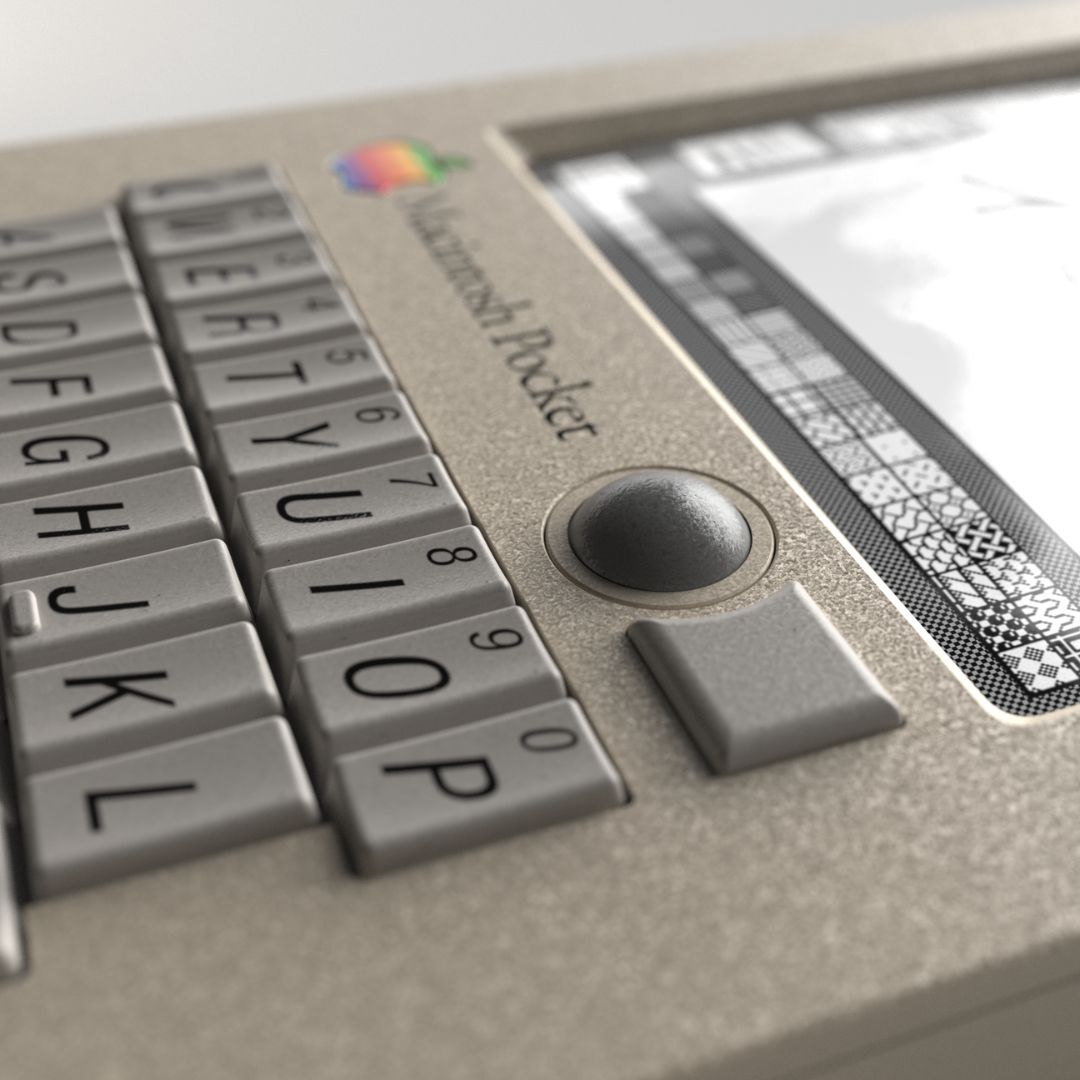 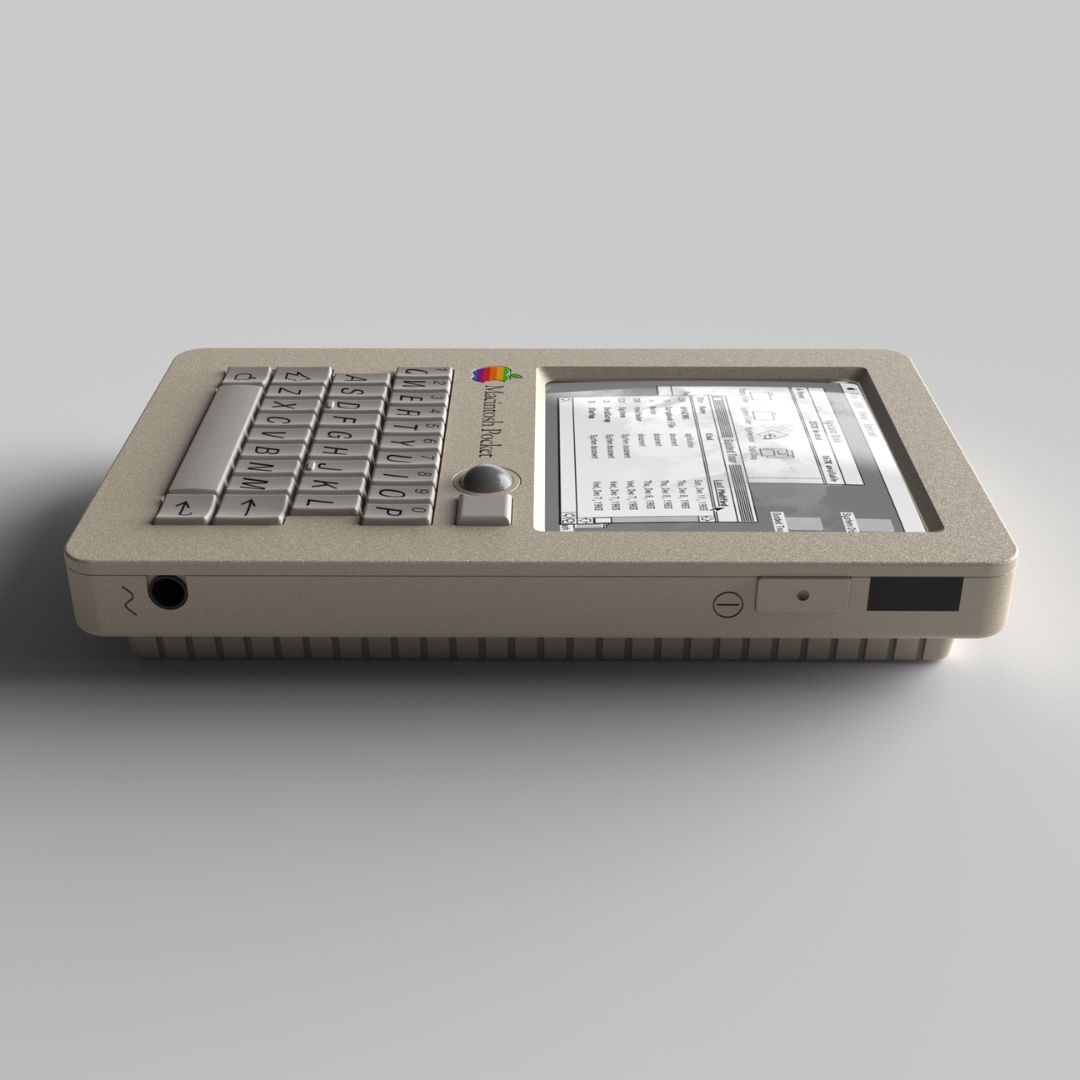 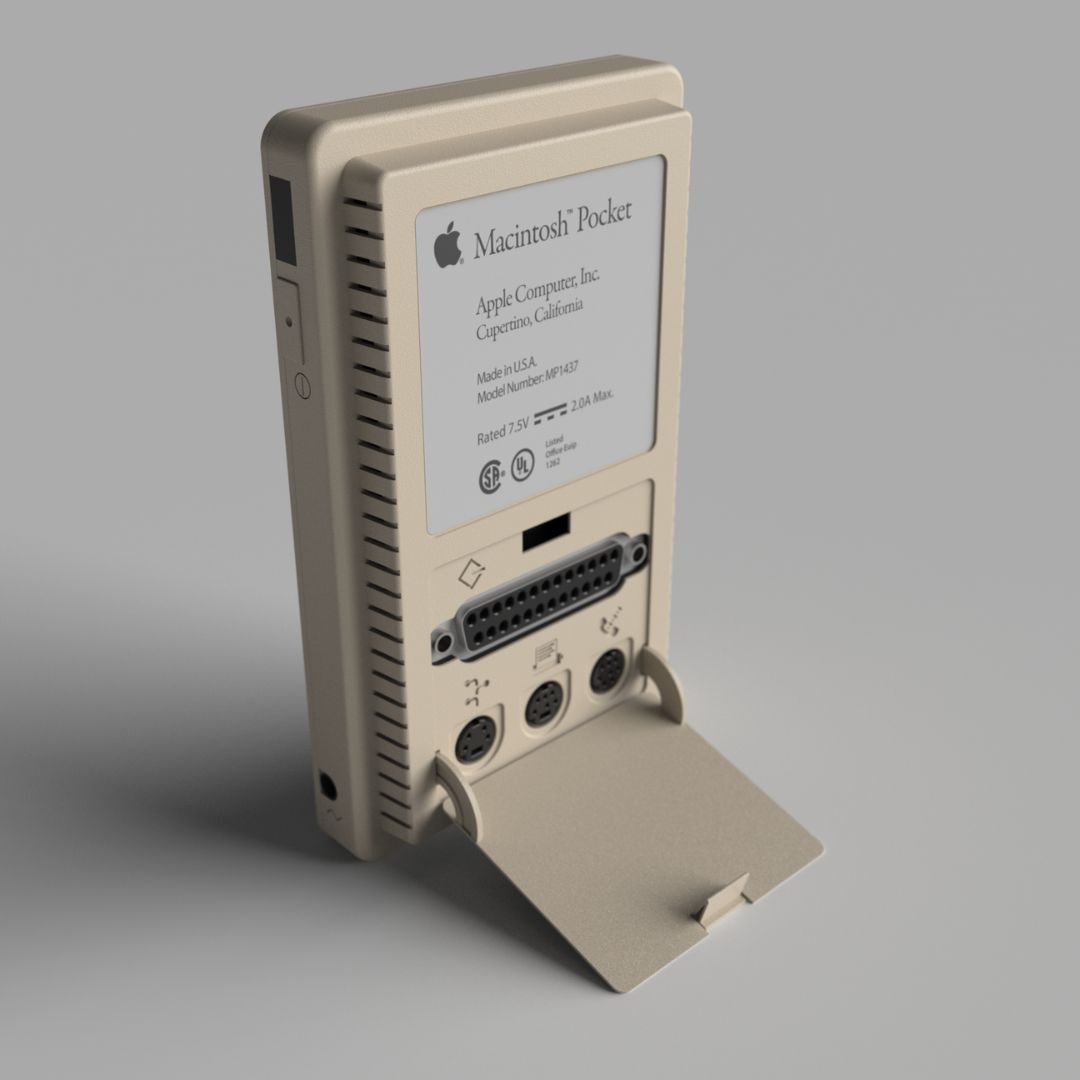 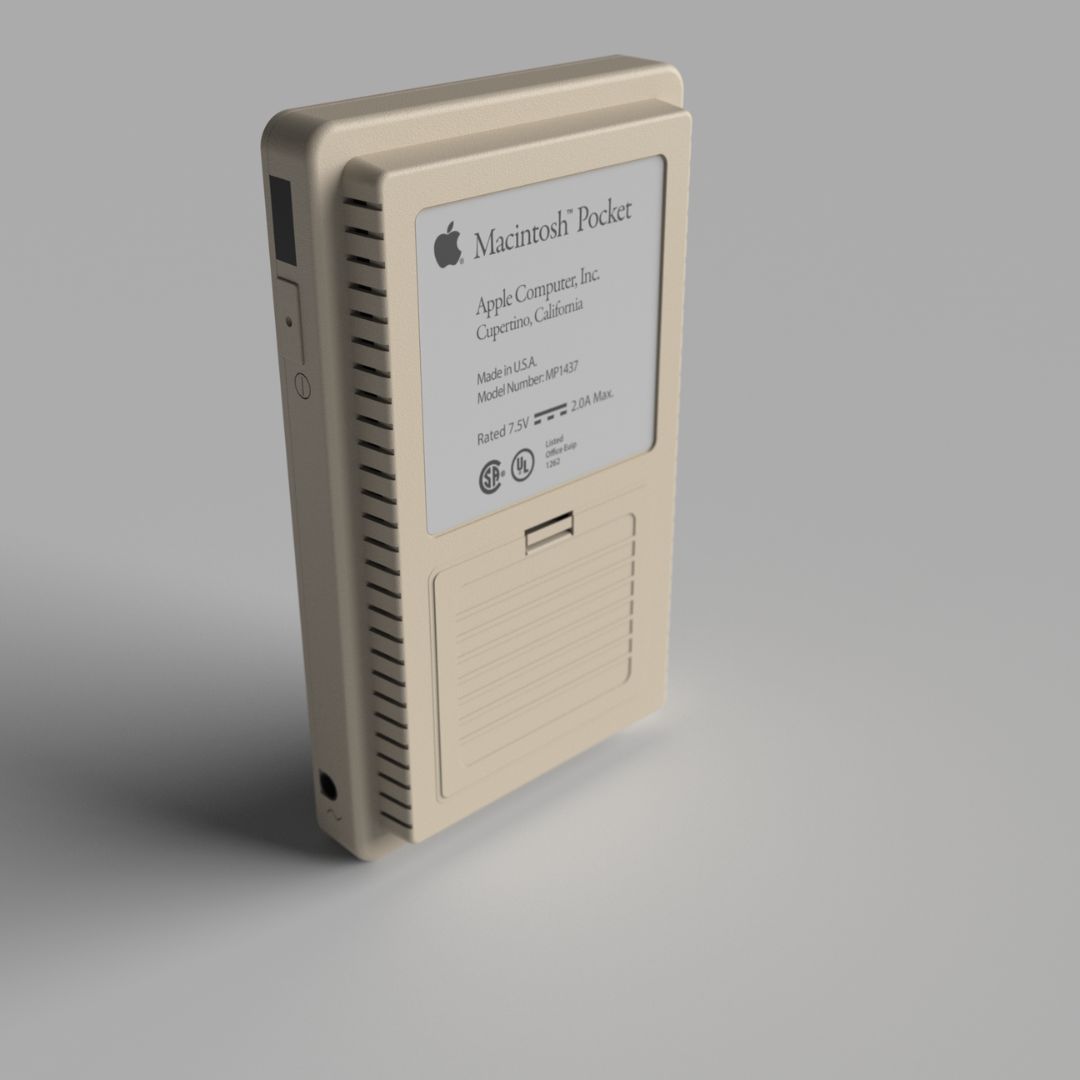 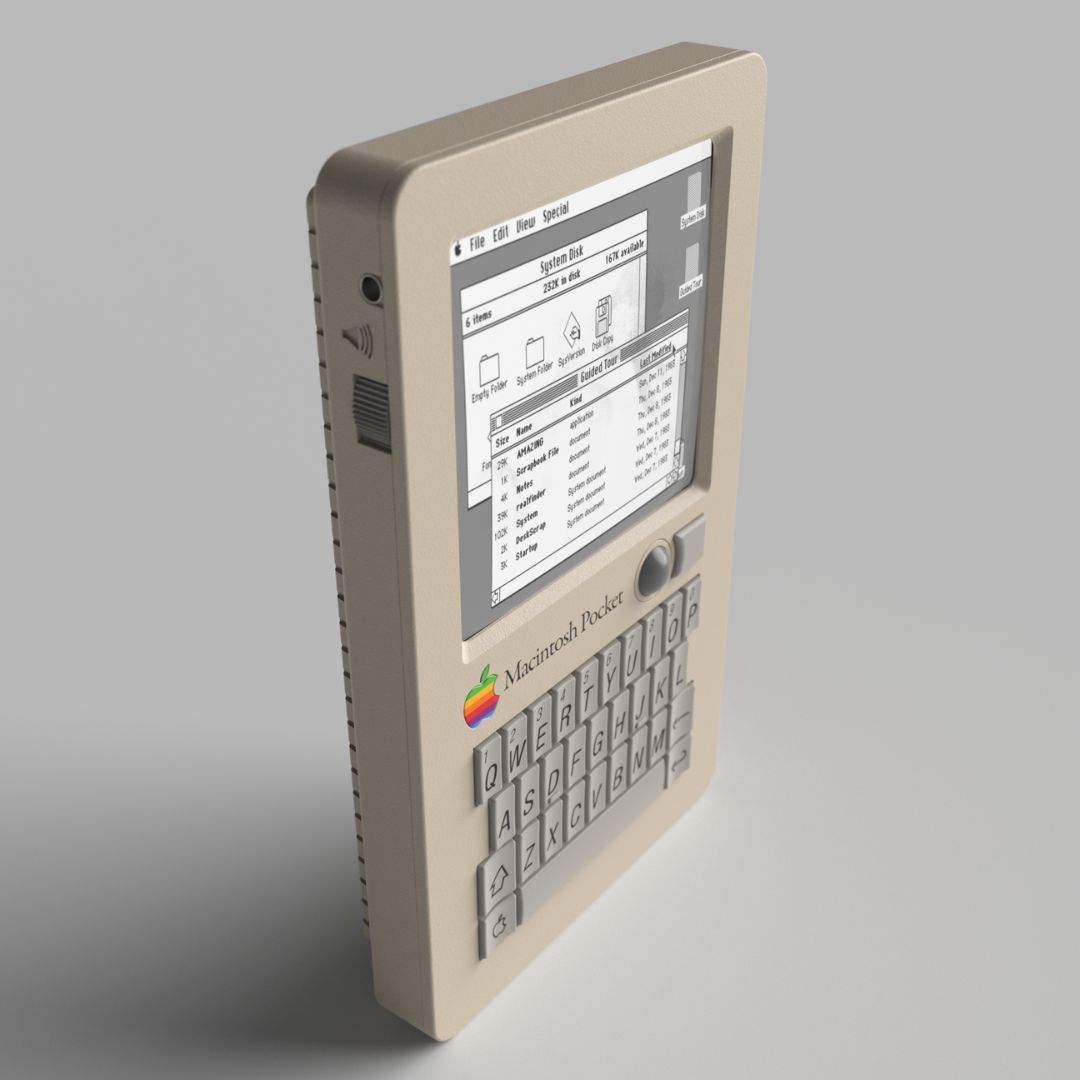 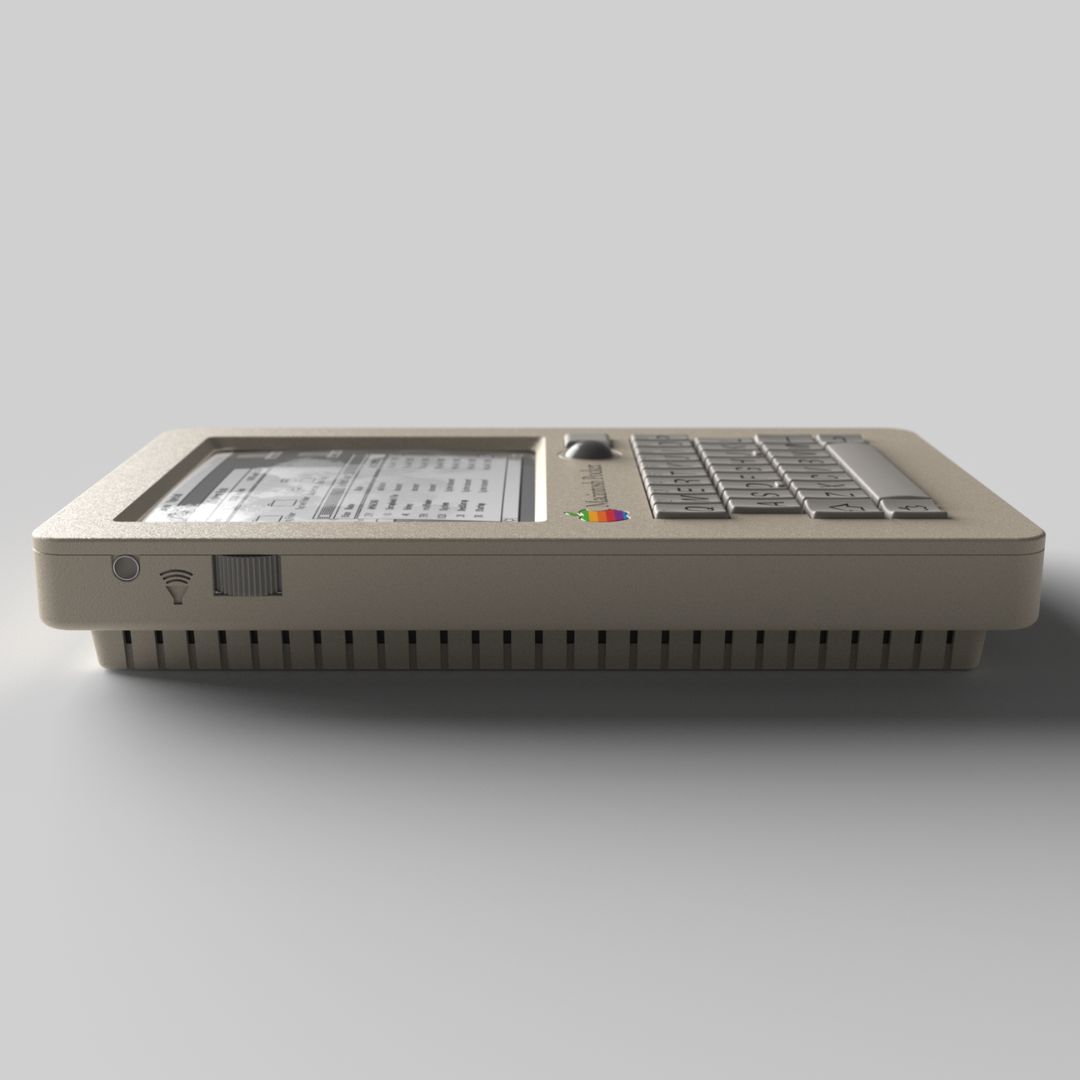 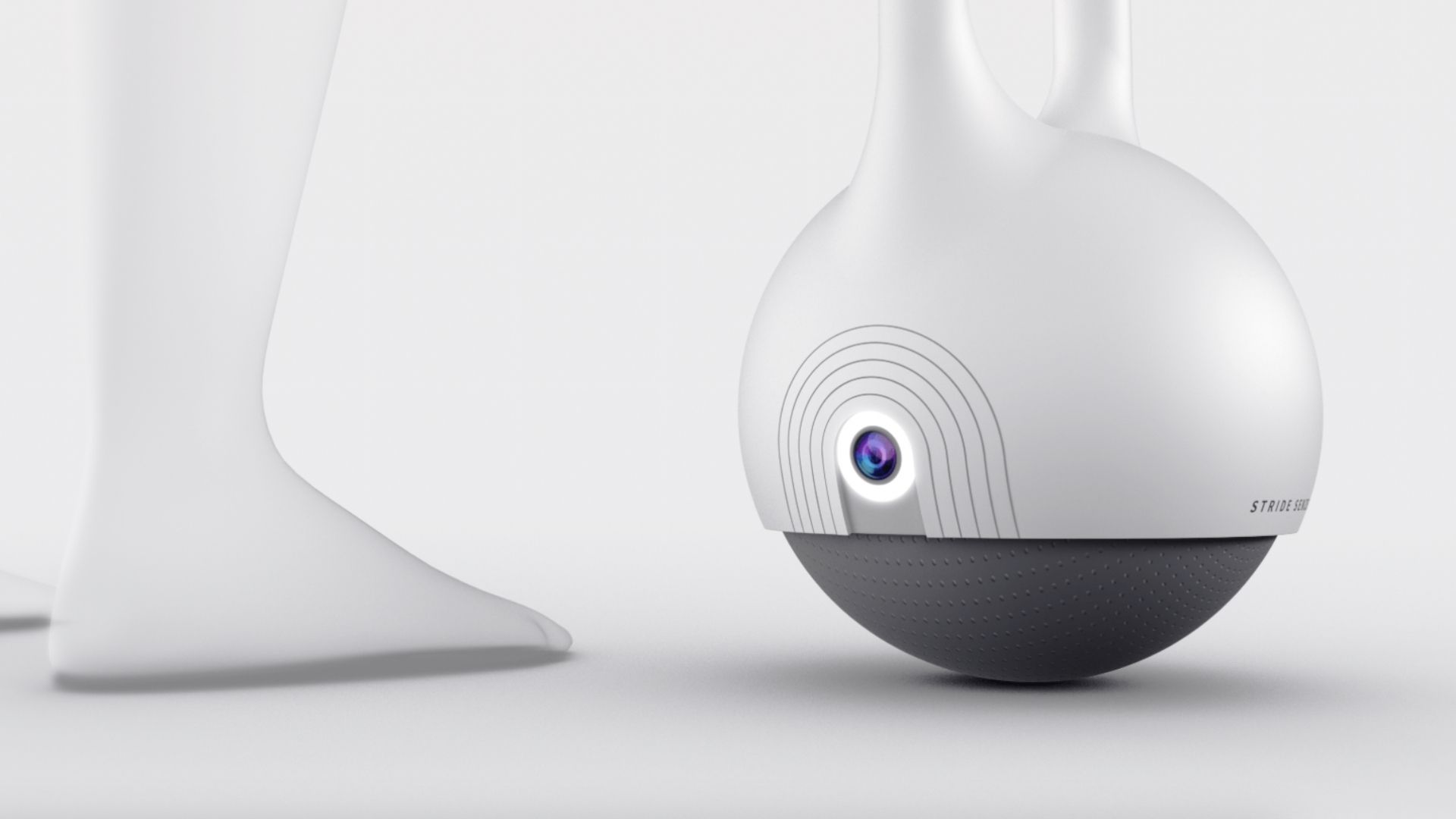 Stride Senze is an smart autonomous walking cane for the elderly

The singapore-based studio, otherwise known as NOK, came up with the idea dubbed the ‘Stride Senze’, which hopes to challenge people’s perception of the walking cane […] 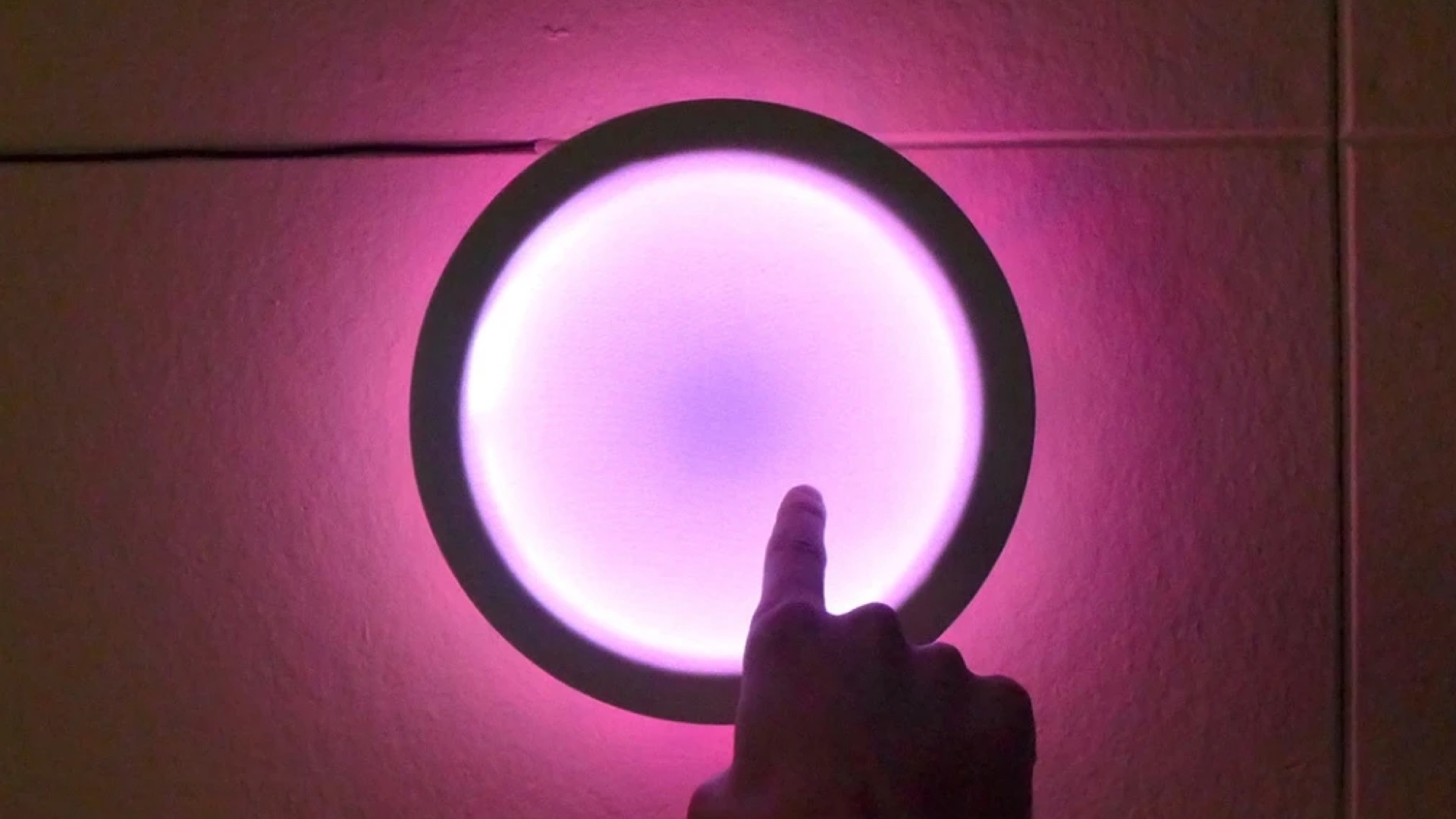 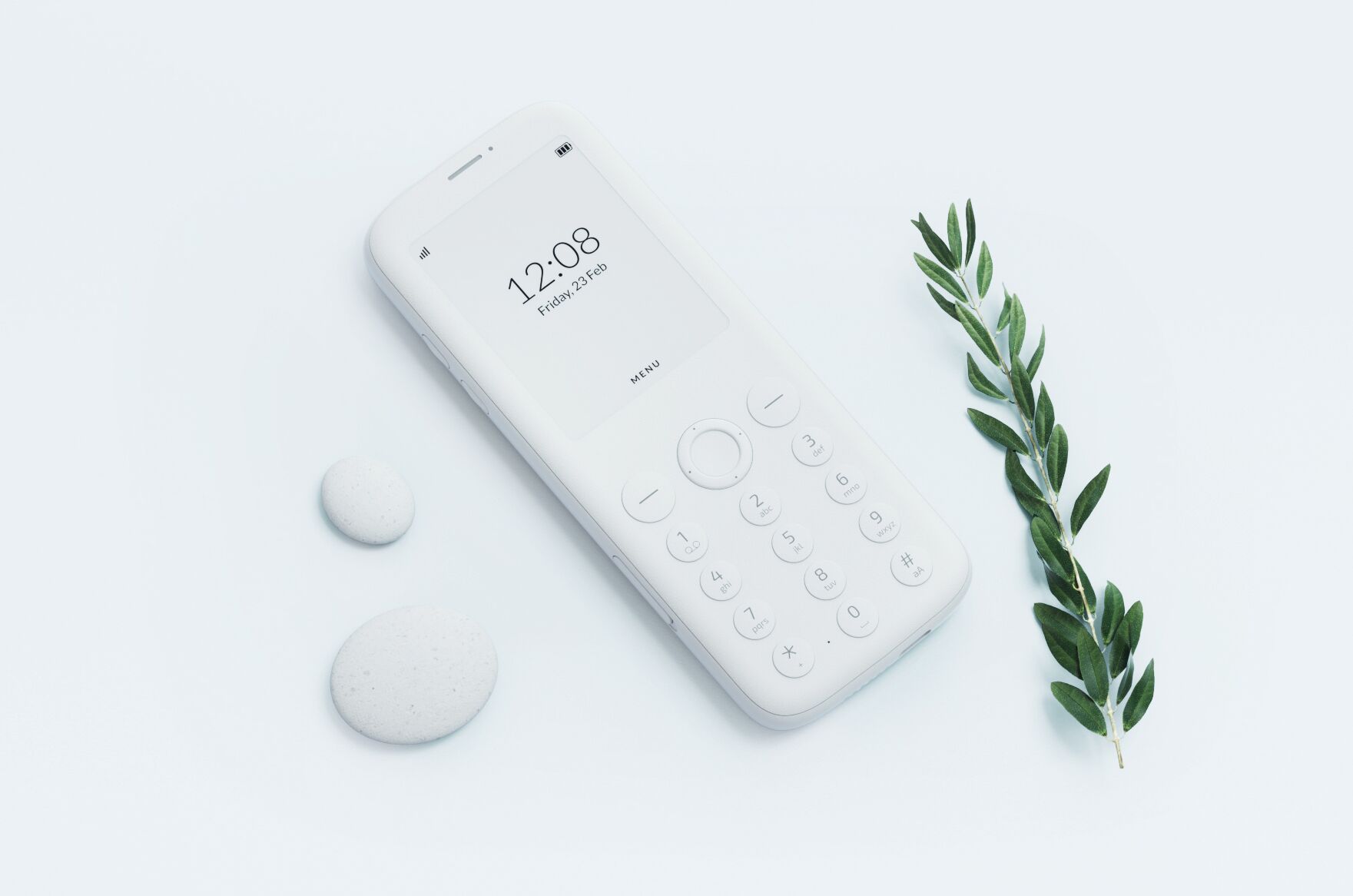 With an ultralow Specific Absorption Rate (SAR) head value of 0.08 W/kg and an E Ink display, it is an ideal solution for people who use […]