Pillows have been around since ancient times, but back then, they served a very different purpose. How are designers approaching them today? Here’s our guide to the uncommon characteristics in cushion design. 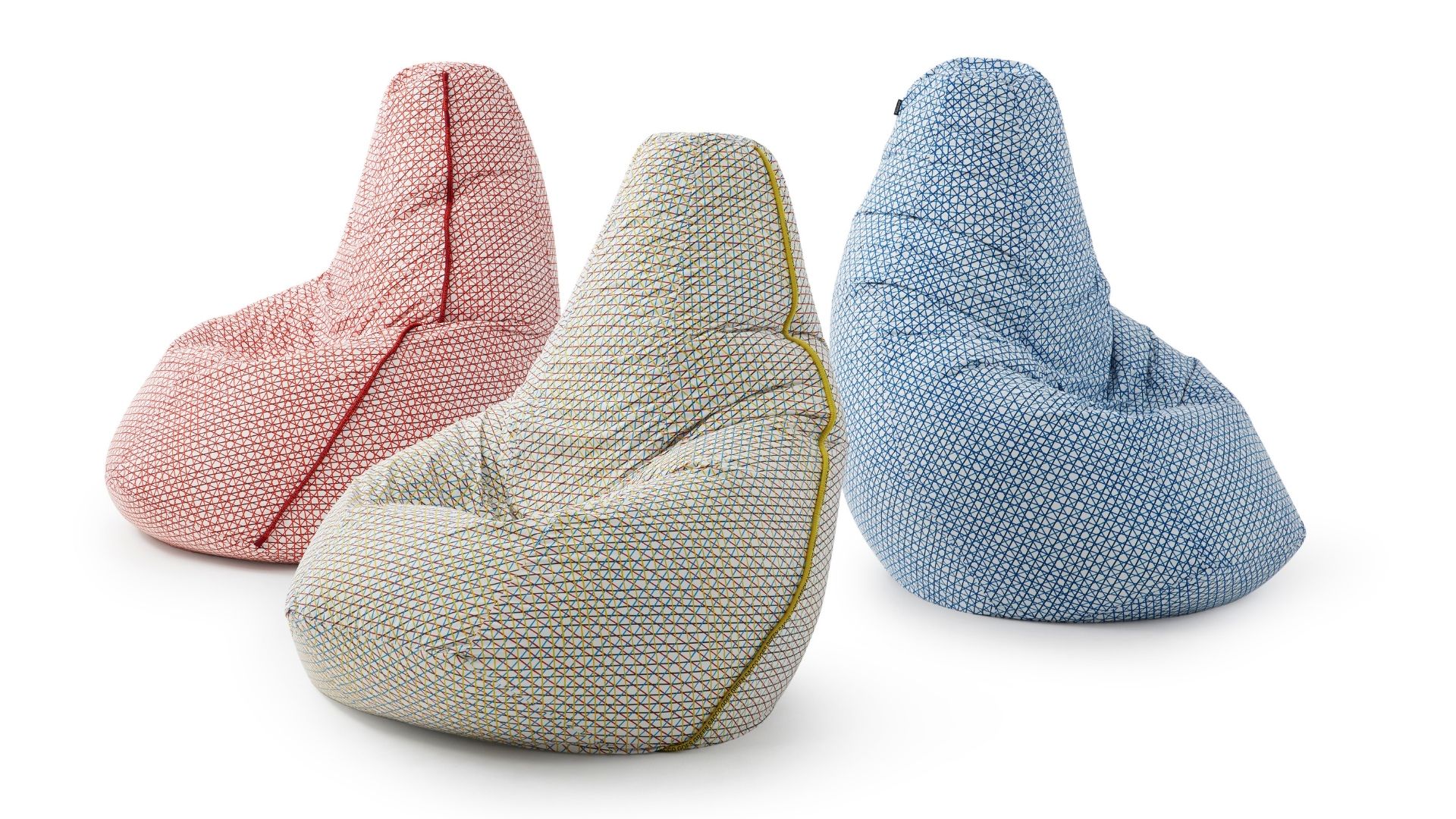 Today, cushions and pillows are ubiquitous, having solidified a spot in the arsenal of every amateur interior designer as a quick fix way to transform a room.

But it’s unfair to think of them as purely ornamental—in doing so, you reduce them to something superfluous when they are so much more.

Firstly, they’re charged with history, synonymous with our quest for comfort and relaxation.

However, the oldest records that we have are the exact opposite.

The history of cushions and pillows (which for the purpose of this article are interchangeable terms) dates back to around 7,000 BC in ancient Mesopotamia, modern-day Iraq.

Made of stone, they were used to elevate the head so that insects wouldn’t crawl into a sleeper’s mouth and because stone was expensive, the pillows were only used by the wealthy.

This stayed true for the most part of history with expensive dyes and fabrics reserving later evolutions for the rich, including those in classical antiquity when the Greeks and Romans opted for a more comfortable design, stuffing them with animal hair, grass, down, and bird feathers to make them soft.

The careful hand-stitching process led to the transformation of the pillow into an art object.

These more closely resemble those we know today, at least for the most part.

Cushion covers are as the Greeks and Romans intended them to be, offering artists and designers a blank canvas on which to highlight their works.

Meanwhile, pillows have undergone successive transformations, inspiring larger-scale furniture and merging with technology in a bid to improve our wellbeing…

That’s where our guide starts, and what better product to start with than the bean bag, an iconic design and an unexpected one perhaps.

It fits the bill—after all, the very definition of a cushion is “a bag of cloth stuffed with a mass of soft material, used as a comfortable support for sitting or leaning on.”

Invented by three Italians in 1968, the Sacco bean bag is often credited as being the first. The trio was asked to produce a chair that was aesthetically appealing and just so happened to meet the needs of a new generation of furniture buyers.

Leading the charge for comfort, bean bags paved the way for countless interpretations including other amorphous furniture and chairs that challenged traditional shapes.

Those like Ligne Roset’s Togo sofa, which was released in 1973 to mark the brand’s official rename. It features an elegantly unstructured form to accentuate its pillowy softness.

Like an adult bean bag, it appeals to the part of us that just wants to lounge.

2) Cushions on the move

By nature of them being soft and without a weighty structure, cushions lend themselves well to modular furniture concepts that promote ease of movement.

Take the Modular Ø Sofa by Danish studio Kilo Design, which is formed of three lozenge-shaped cushions, or the Modular

Sofa by German brand Cubit, which lets customers combine a multitude of elements for seating cushions, armrests and backrests to create their own personal sofa.

Where soft furnishings just won’t do the trick, switching on might be the answer to switching off.

That’s the idea behind Somnox, which might not be the wildest design to make the cut here. It demonstrates the potential to integrate technology as a way of underlining the pillow’s core functionality: as a tool for sleeping.

Part pillow, part robot, the Somnox combats sleepless nights by “breathing” in and out as users hold it close.

It was developed by a team from TU Delft and is aimed at those struggling to fall asleep by helping to induce a slow, regular rhythm of breathing.

This quest for comfort extends beyond a mere place to sit with creative firms like Studio Banana who back in 2012 released the original Ostrich Pillow, a cocoon-like pillow is better described as squidgy headgear.

Its purpose is to block out light and provide absolute comfort to disconnect from the world.

They join a class of designers who are delving further into the human psyche when it comes to pillow design by mimicking physical contact or switching us off from it altogether.

Another example is design student Yali Paz who was inspired by the natural contours of a parent’s arms when she designed a collection of bean bag chairs and soft accessories so that a user could “self-hold” themselves.

5) A Canvas for collaboration

From innovative functions to innovative materials, pillows and their covers continue to be the blank canvas Greeks and Romans intended them to be.

Like chairs, they seem to be everywhere, with infinite variations, which beyond functional design embrace aesthetic detailing.

IKEA knows this all too well. For years, the Swedish furniture giant has been tapping the talents of lesser-known designers with accessory collections that serve as platforms for traditional handicrafts from around the world.

LOKALT came to be with the help of contemporary local designers from Amman, Delhi, Bangkok and includes a diverse collection of handmade products including hand-sewn cushion covers inspired by traditional Indian craftsmanship.

Other examples include the ÖVERALLT, which features textiles highlighting the talents of South African designers, or the indigo-themed INNEHÅLLSRIK collection that was made in collaboration with small-scale producers in India.

The Playfulness of Pillows

Whether it’s a cover promoting unsung talent or a kidney-shaped comforter, playfulness seems to be a resounding quality amongst cushions and pillows.

It makes sense given the relaxed atmosphere they’re supposed to create.

They invite users to participate in an intimate level of interaction, which has imbued them with meaning that pertains to concepts of home, refuge and safety.

We saw Israeli designer Sarit Shani Hay exploring these ideas last year when she created Soft Landscape, a sculptural installation of cushioned animals for the Design Museum Holon, which played with our perception of soft furnishings and their therapeutic effects by aligning them with natural motifs.

La Barricade, a 2018 installation designed by Stéphanie Marin, founder of Smarin, used a mountain of large bean-bag style cushions to the same effect.

Stacked on top of one another to form soft walls, they encouraged users to engage, climbing on top of them, moving them about and interacting with them in ways only cushions and pillows can enable. 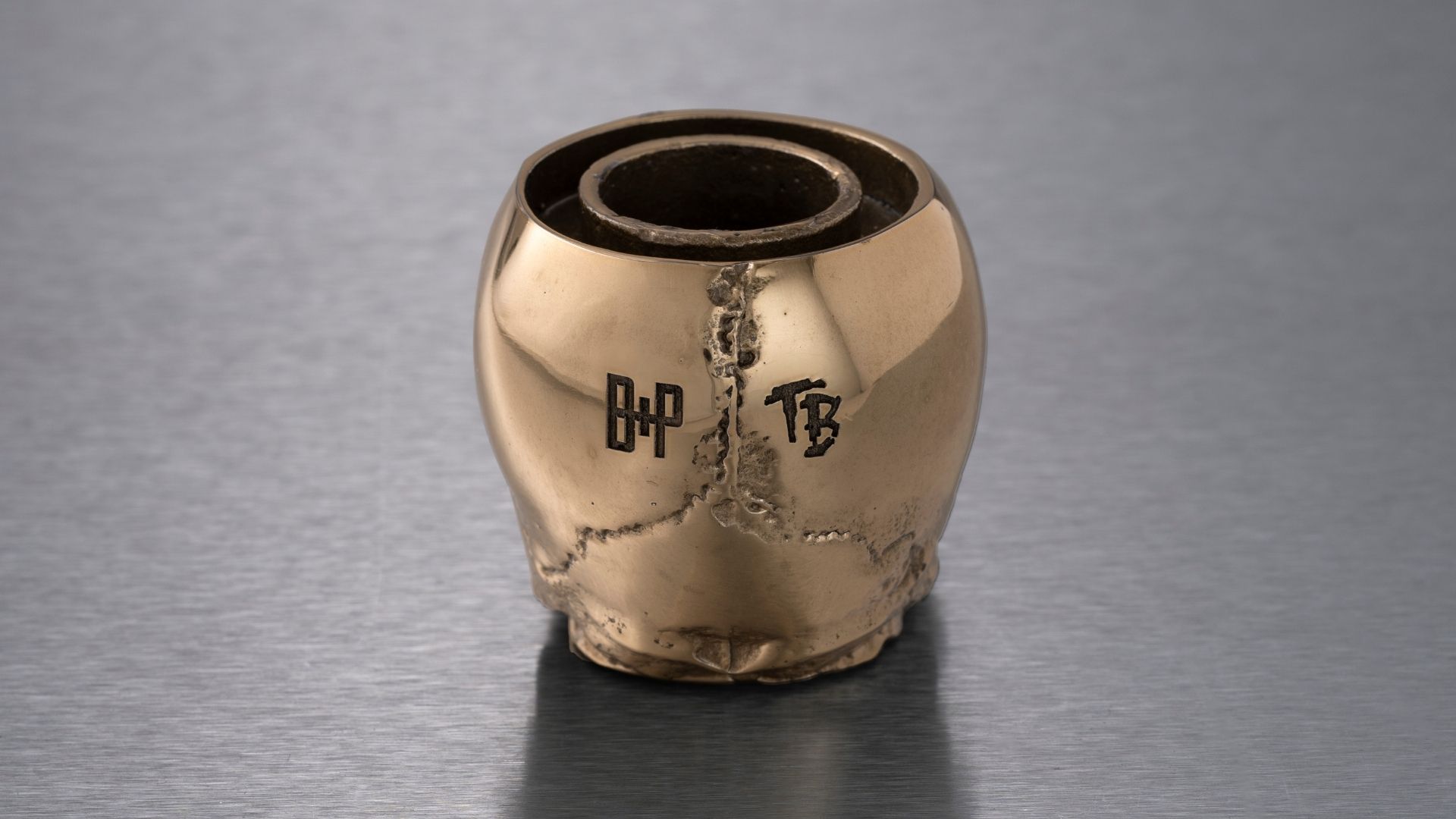 Buster + Punch and Travis Barker collaborate for the Skull Collection 

To uncover the depth of the skull’s mysticism, a person must indulge in a passion-consuming study, the way Massimo Minale of Buster + Punch and Travis […] 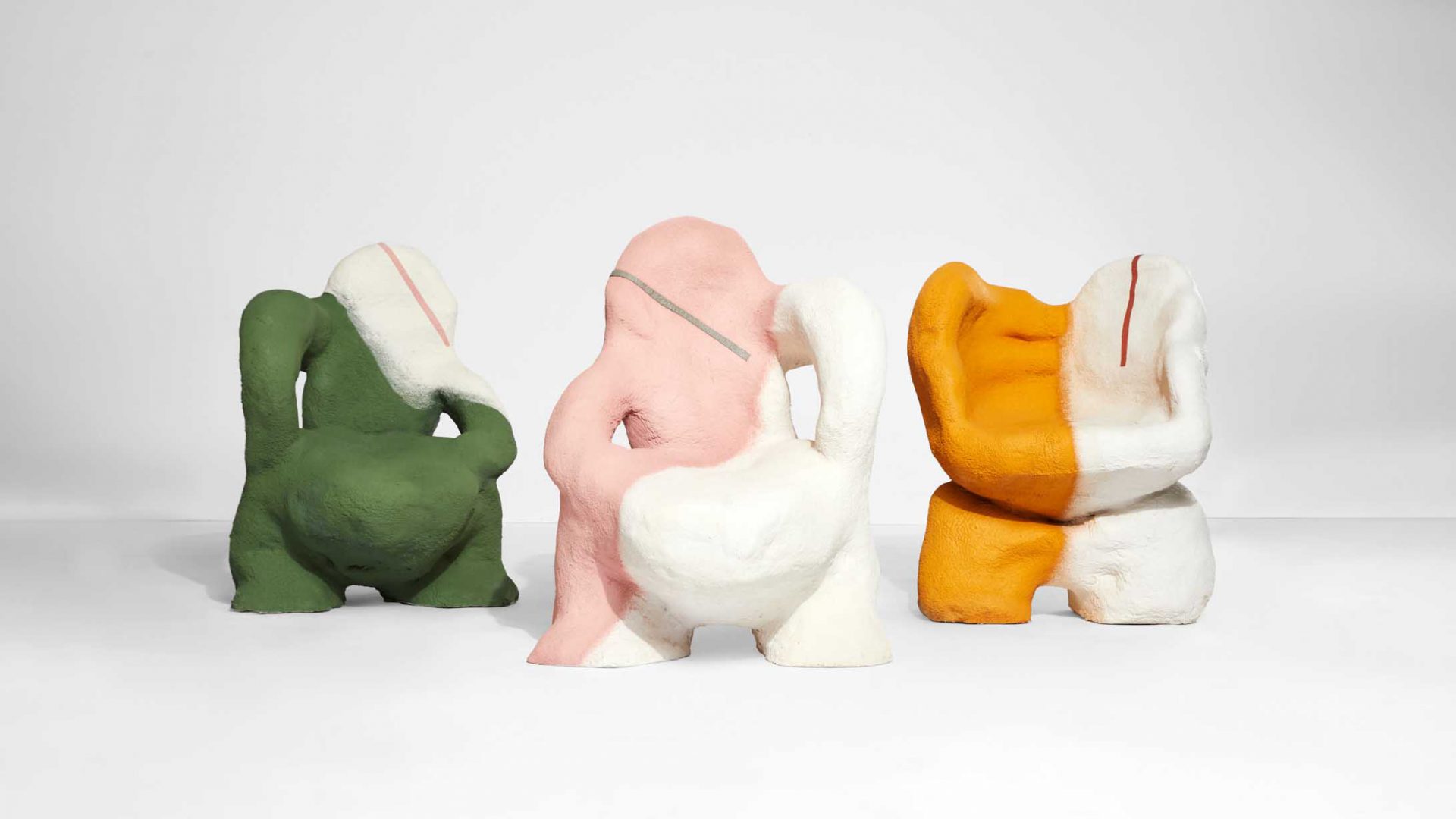 Inspired by the diversity of cultures and people, Carlo Massoud uses design to challenge our perception of our surroundings. Defined by a constant questioning of social, […] 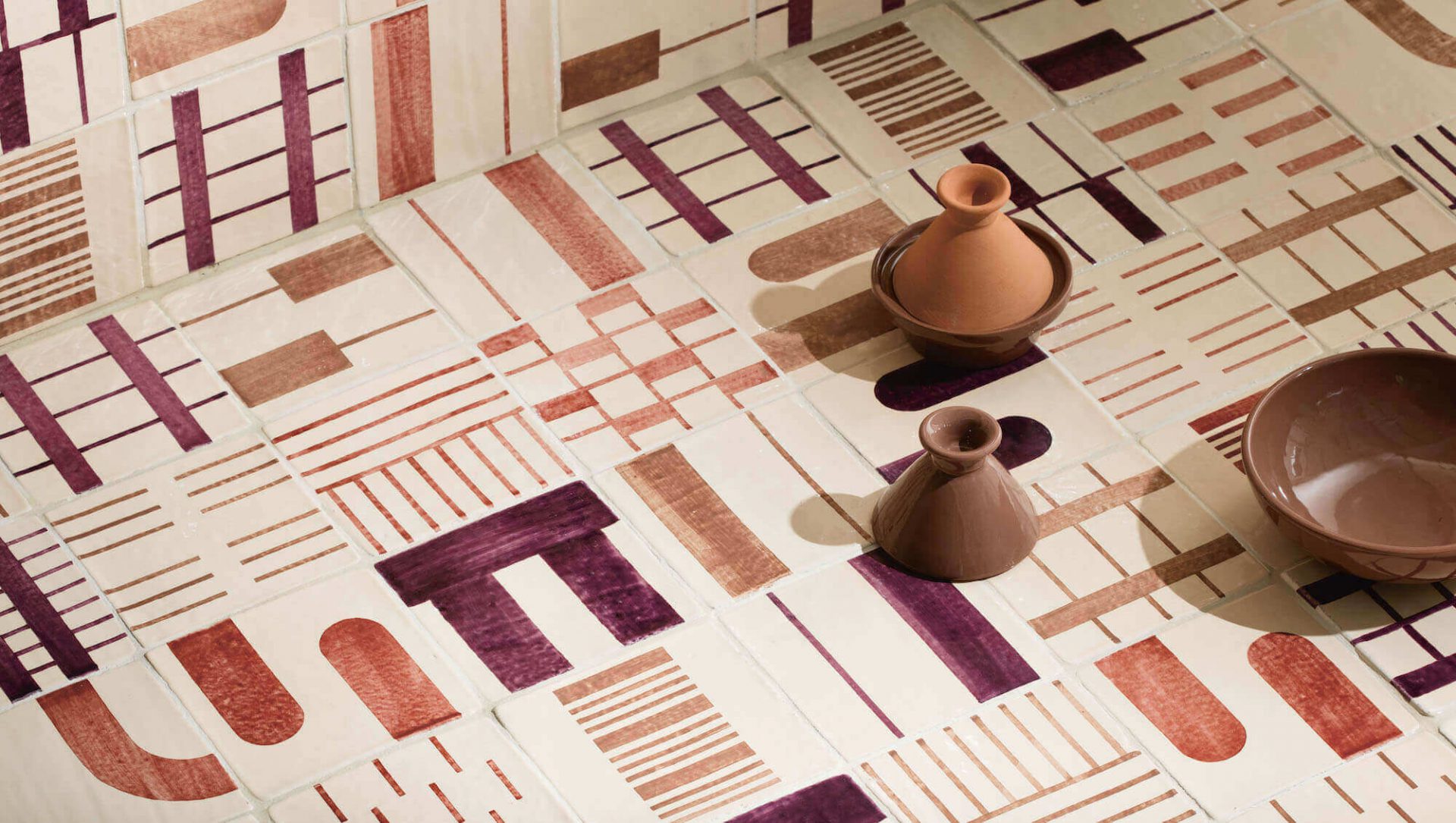 Ninefifty is the perfect expression of Sicily’s manufacturing identity, crafting and detailing every tile by hand. We were introduced to Ninefifty during Edit Napoli in October […]