A Surrealist parlour game inspired the intricate marquetry of this furniture 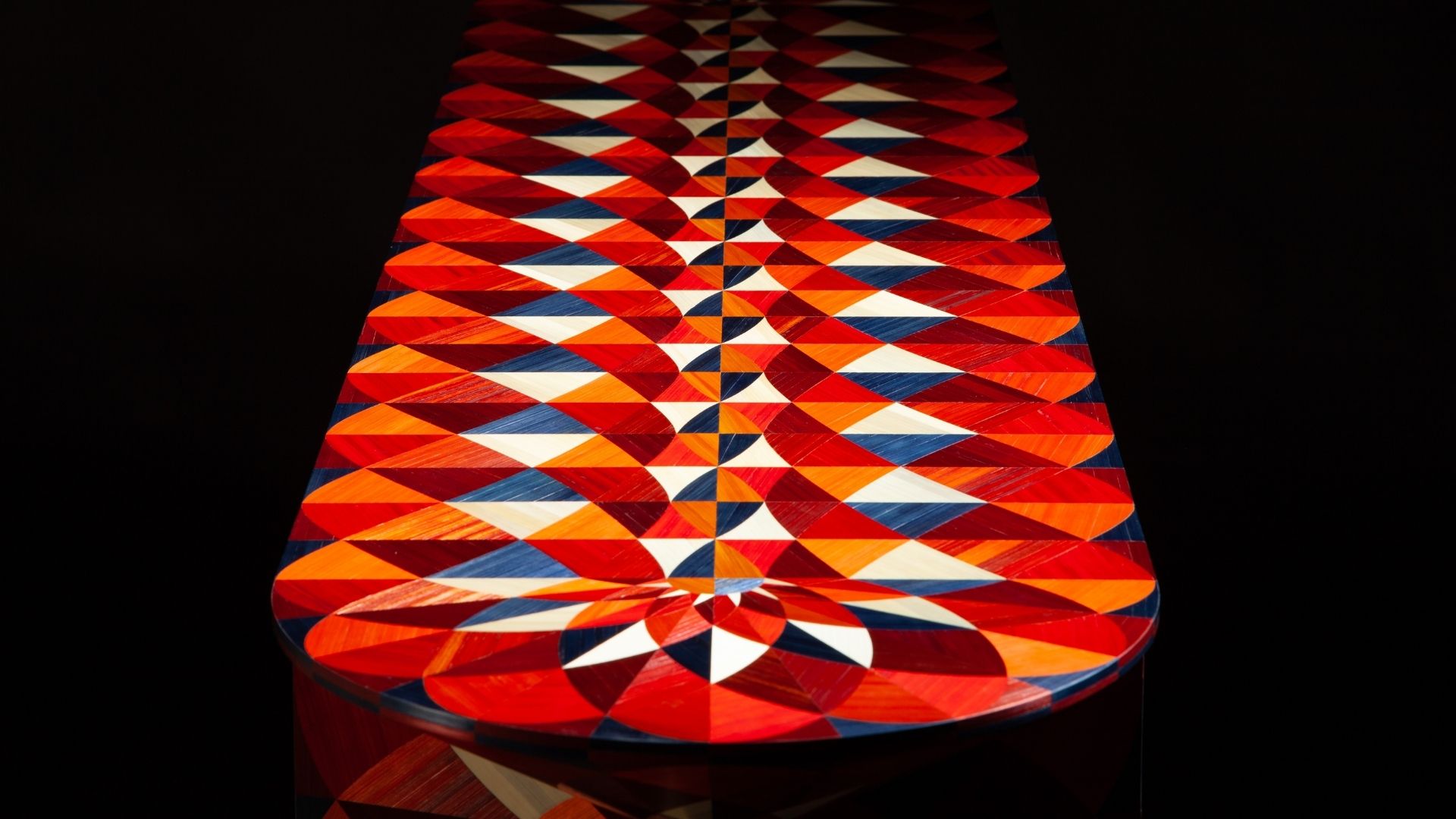 Seigneur is one of the only select numbers of artisans in the world that practice straw marquetry.

Together with Goodrum, the pair worked with artisan cabinet makers to build the furniture, which was then covered with straw marquetry – the 17th-century art of creating hand-crafted decorative patterns from thin, flattened strips of rye straw – by Seigneur.

The collection takes its name from the French translation ‘Cadavre Exquis’, which refers to the French parlour game invented by the Surrealists in 1925.

In the game, a player sketches a body part or other image on a piece of paper, before folding the paper to conceal what they’ve drawn and passing it on to the next player, and so on.

The completed figures tend to be wildly inventive and frequently bizarre.

Here, the game relates to Adam and Arthur’s creative process and captures the wonderful tension in the duo’s back and forth process; with form, patterns and colours bound only by the mandate to celebrate straw marquetry’s dazzling visual effects.

Rather than traditionally decorating only the front of each piece, the entire object is clad in richly coloured geometric patterns of straw.

The units are precision-carved by CNC machinery and feature faceted surfaces that enable light to pool and dart across their contours courtesy of the straw’s natural sheen.

Every possible surface features the geometric facade including the undersides, drawers and cavities.

Intrepid colour combinations add a dimension of visual intrigue, as do Seigneur’s inclusion of pearlescent white straw elements that accentuate the other hues.

The decadence of the Exquisite Corpse collection lies in the sheer amount of time spent on each piece. 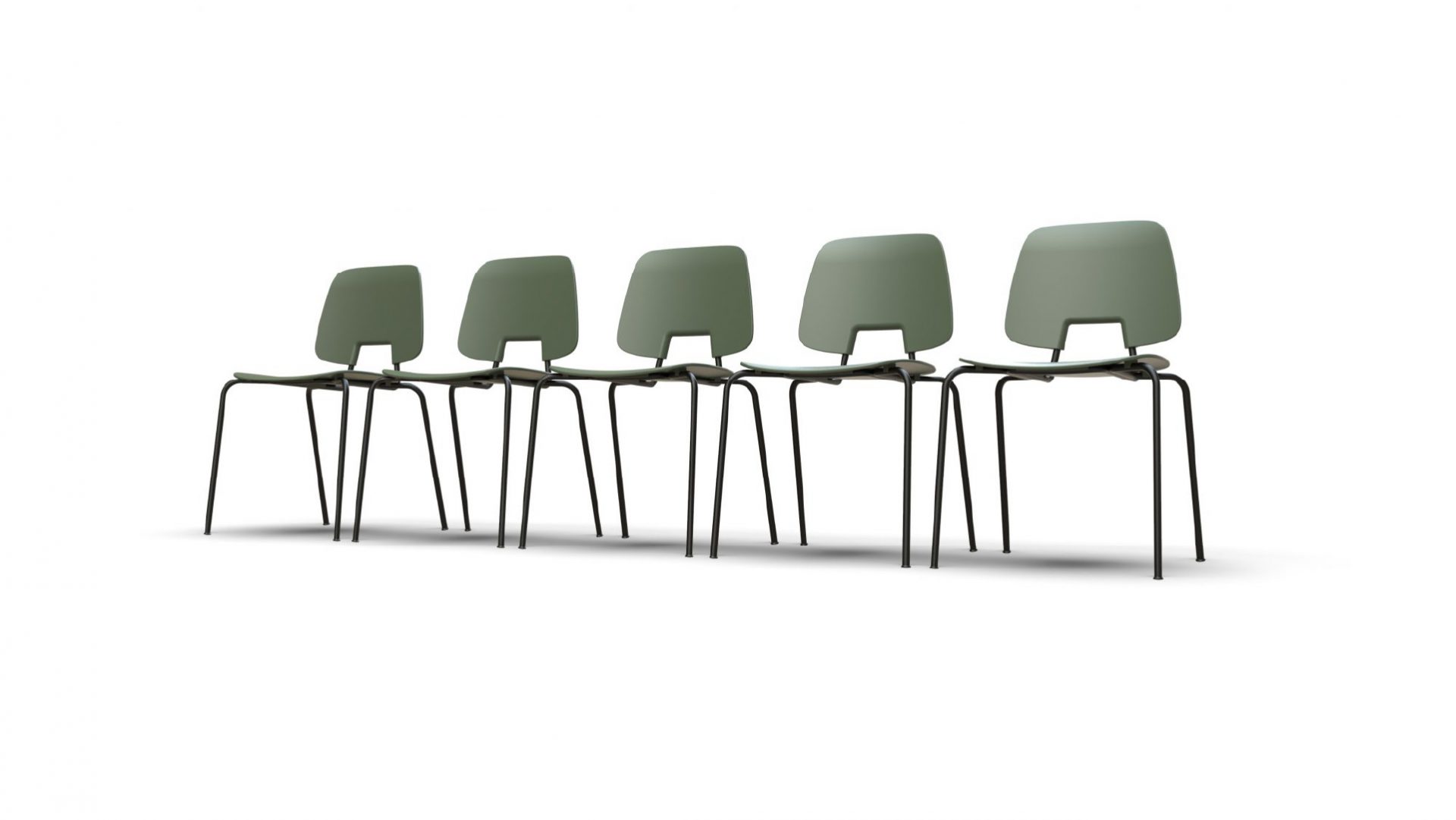 Respect. Repair. Reuse. Recycle. Remember. The world will be thankful! – Interview with Wehlers

It’s Europe’s first certified B-corporation furniture brand: Wehlers was established in Copenhagen by Henrik Holm and Maria Fryd. Danish in the soul, their aim is to […] 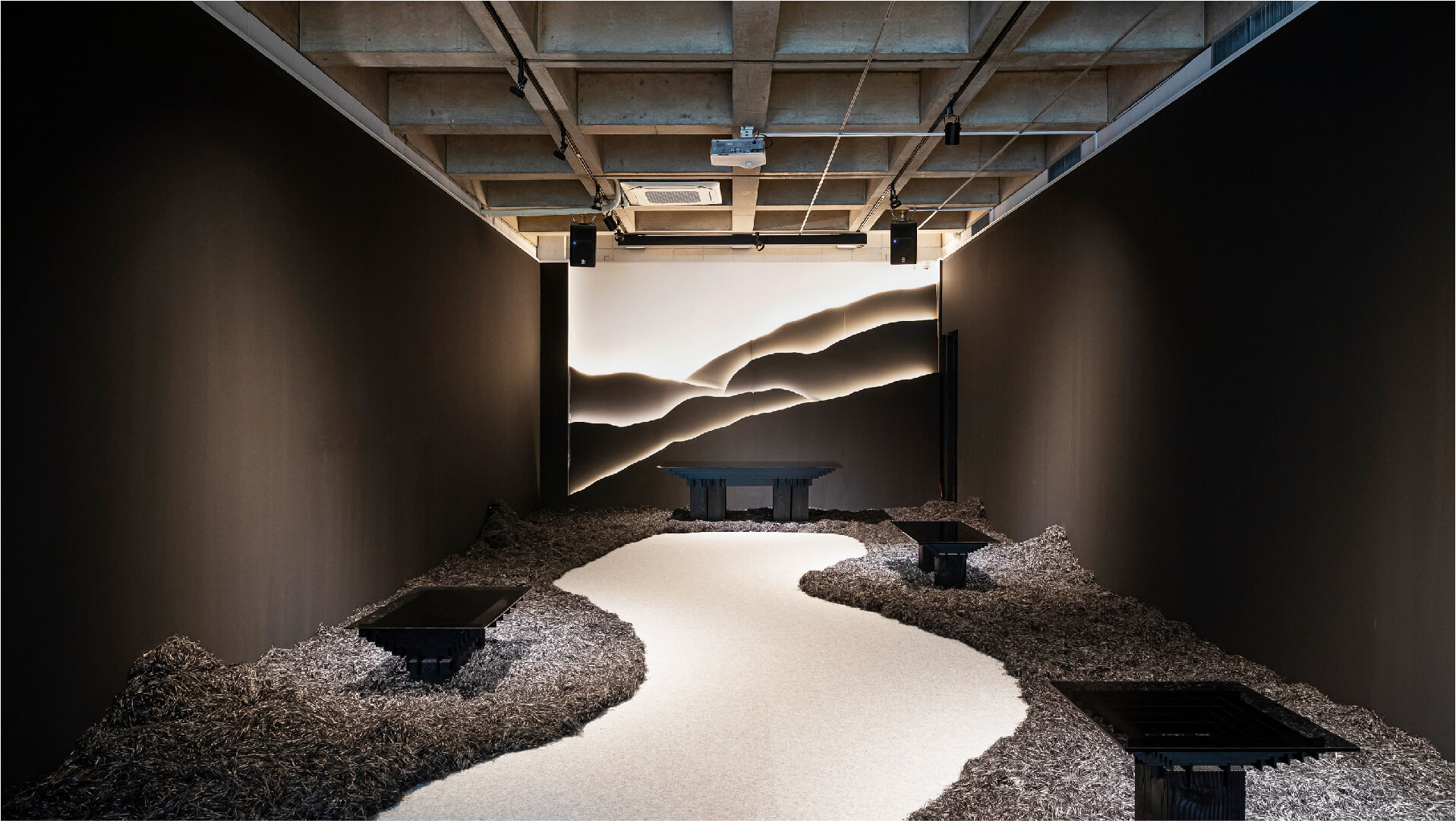 Drawing parallels between the elevated styles of both table and house, Studio Shinyoo’s LIN series highlights a universal development in construction whilst bringing together both Eastern […] 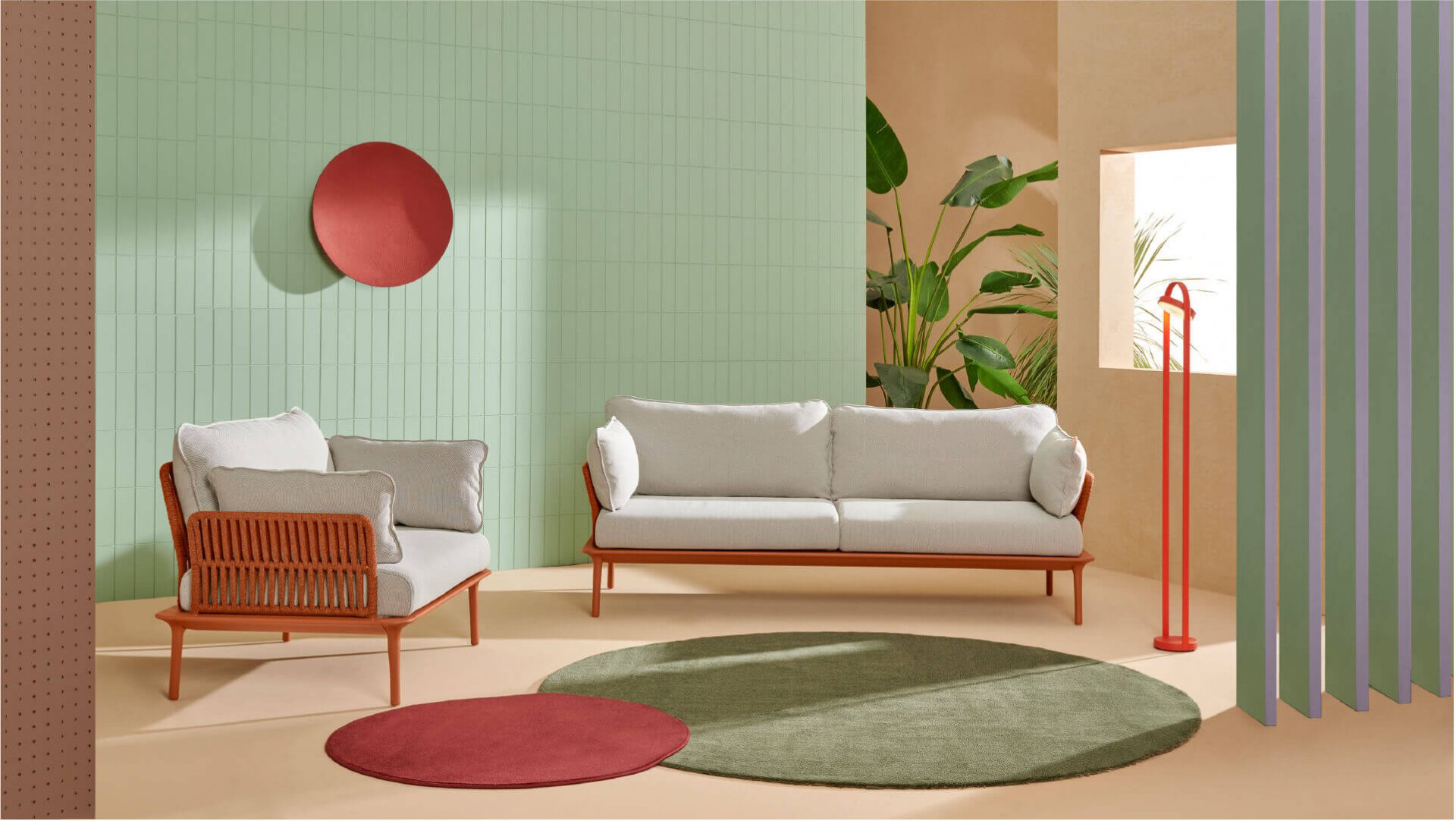 Discover the latest collections of Pedrali, an Italian furniture company whose proud heritage informs its philosophy of quality, functionality and craftsmanship. Key to their production is […]