Fornasetti brings the sun to NOMAD with 12 celestial tapestries

Fornasetti’s obsession with cosmology came to the fore at the 9th edition of NOMAD St. Moritz. 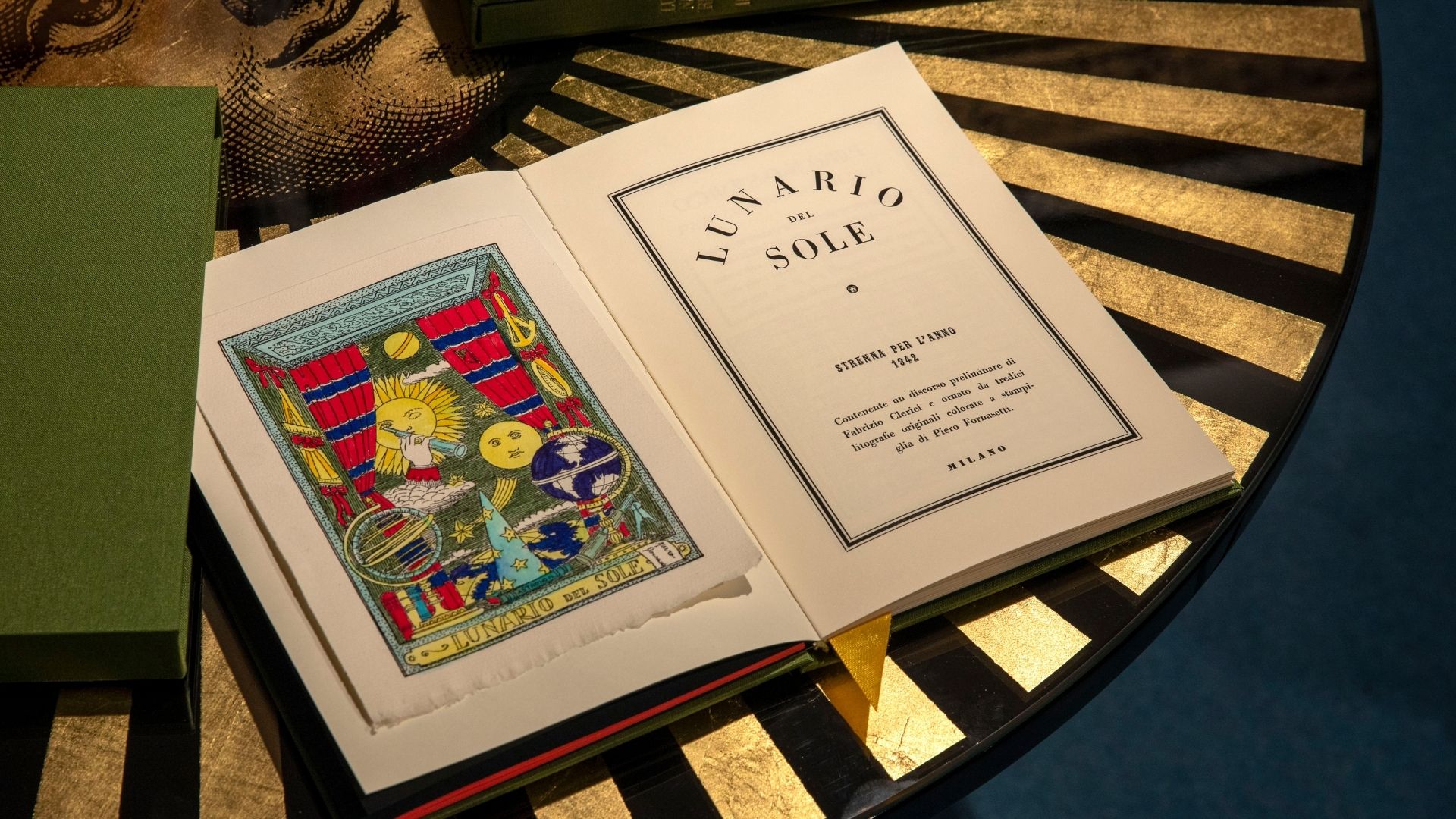 Celestial themes featured heavily in Italian designer Piero Fornasetti’s work and the sun in particular has occupied a privileged position in his repertoire of natural forms.

In the early 1940s, he designed a series of almanacs for the architect Gio Ponti, who encouraged the then-young artist to experiment with his artworks on furniture.

This ultimately led to Fornasetti’s lithographically printed Sole chair, which featured a sunray face on the wooden back and seat.

Many subjects inspired Fornasetti, from butterflies to buildings, but by far the most enduring is the sun.

Therefore, it’s no surprise that on the occasion of NOMAD St. Mortiz 2022, Fornasetti showcased this iconic theme with its presentation of “Lunario del Sole” (Almanac of the Sun), a project including a series of twelve tapestries named “Dodici mesi e dodici soli” (Twelve months and twelve suns) and a previously unseen tapestry conceived by Barnaba Fornasetti and Giovanni Bonotto, fruit of the collaboration between Fornasetti and A-Collection.

The theme of the thirteen tapestries comes from the tables of the Almanac, a publication containing astronomical and meteorological data for a given year and often including a miscellany of other information.

This has been interpreted through a language full of irony and imagination that is the essence of Fornasetti.

Enclosed in a bottle, transformed into a pear, dishevelled or masked—the sun takes on anthropomorphic features, presented in thirteen different variations: one for each month.

Inspired by Piero Fornasetti’s Lunario del Sole (Almanac of the Sun), published in 1942, an exclusive project brought together a series of 12 never-before-seen, hand-knotted wool and silk tapestries, and a new piece produced using innovative materials in a recent collaboration with A-Collection.

The drawings, which were originally made by Barnaba Fornasetti’s father Piero Fornasetti in 1942, have been translated into twelve tapestries made with hand knotted silk and wool in 2010.

“I decided to turn the drawings of “Lunario del Sole” almanac into 13 tapestries in order to reinterpret them in the form of objects, enhancing at the same time the dialogue between creativity and high quality manufacturing,” explains Fornasetti.

“This translation of the drawings into tapestries has been challenging but I’m always curious to see the effect of the transposition of a décor on a different medium,” he adds. “In this case, from paper to yarn, I can say that the final result is amazing because yarn has given a new character and look to the sun.”

The thirteenth tapestry, which represents the cover of the almanac “Lunario del Sole”, has been reinterpreted through the yarns of the A-Collection, an association for social advancement held by Giovanni Bonotto and Chiara Casarin. These fabrics are obtained from recycled plastics and organic cottons.

“Composed of experimental materials consisting partly of recycled plastic waste and partly of organic yarns, it represents the perfect fusion of craftsmanship and imagination, transforming the evocation of something real into a surprising invention,” says Fornasetti.

The project also brings the re-release of the original book that includes hand-painted works by Barnaba Fornasetti and Valeria Manzi, an artist’s book that pays tribute to Fornasetti’s traditional printing by hand.

The relationship between Fornasetti and NOMAD began in 2019, the year in which the Milanese Atelier was invited to the Venice edition of the event, creating a special project with one of the works belonging to the series “S/oggetti parziali” by the artist Carlo Dell’Acqua.

Dell’Acqua was invited by Fornasetti to manipulate some of the Atelier’s most iconic pieces, in particular the plates depicting the face of Lina Cavalieri, star of the never-ending Fornasetti series “Tema e Variazioni”.

Fornasetti returned to St. Moritz in 2020 with the project “Fornasetti, Origini”, an exhibition comprising a number of creations linked to the Atelier’s origins, including the “Libri” trumeau, the prototype of a limited five-piece re-edition of original created in 1950 through the collaboration between Gio Ponti and Piero Fornasetti.

Displayed in the same space were the “Litomatrici” desk and obelisk, two unique pieces entirely covered with original lithographic zinc plates from the 1950s: declarations of love for engraving and decorative art.

This year, the set-up is similarly ornate. Housed within the Chesa Planta lounge room inside a small parlour in pure Fornasetti style, is a space for welcoming visitors.

“The furnishings chosen for the composition of this living space share an association with the natural world of animals and plants, a constant source of inspiration for the Atelier,” says the brand.

They include Leopardo, one of Fornasetti’s most iconic prints, which covers the seat of the sofa, while the Erbario rug is carpeted with stylised leaves, their lustrous colours standing out due to the presence of silk, hand tufted in counterpoint with New Zealand wool.

One corner of the room is occupied by a bespoke piece of furniture, a bookcase featuring the “Farfalle” decoration, in black and white version. On the wall hang the plates of the series “12 mesi 12 soli”, decorated with twelve variations of a humanised sun, the star of the tapestries on display. It’s an example of the versatility of Fornasetti decoration, applied here to silk-screened and hand-painted porcelain. 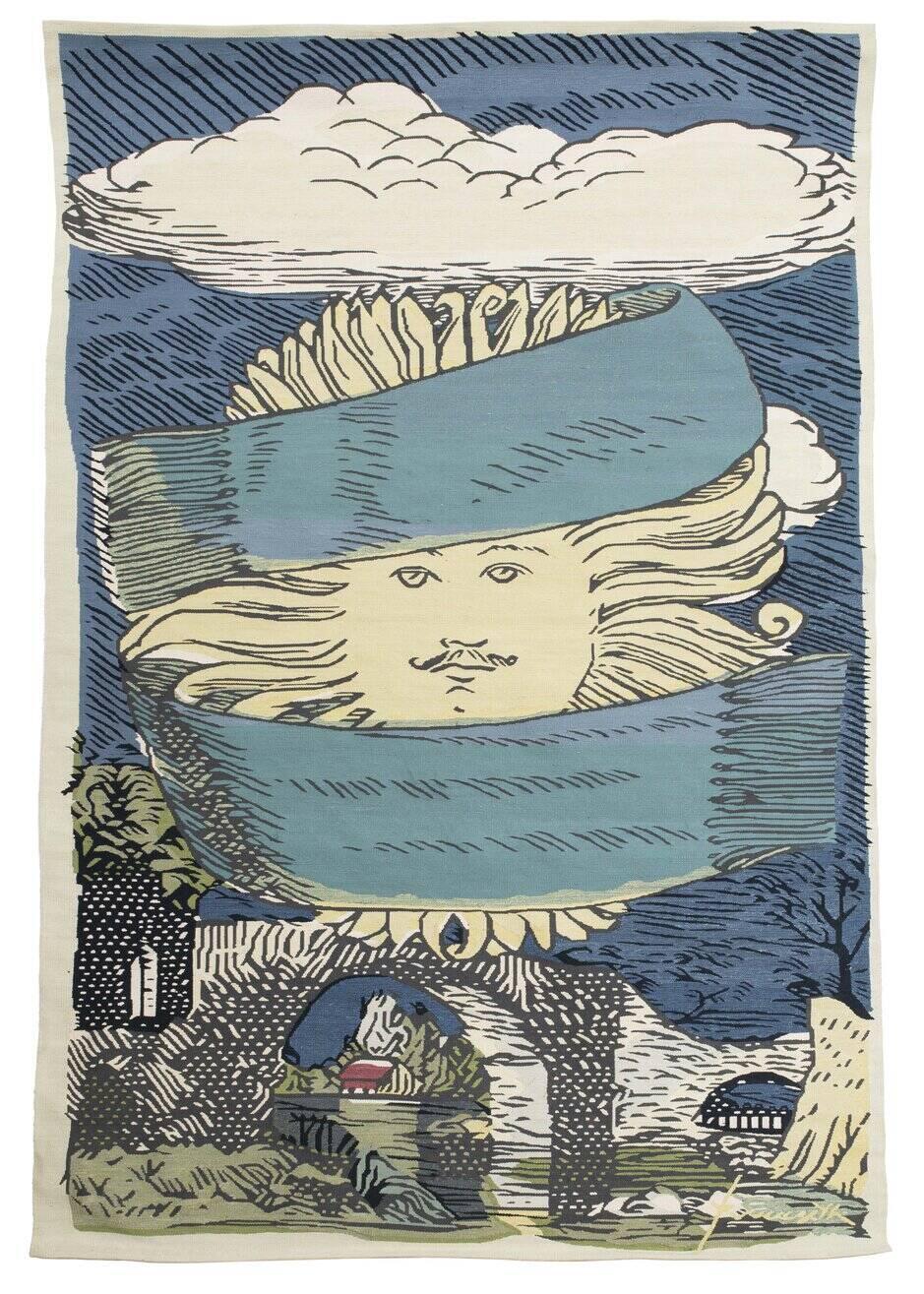 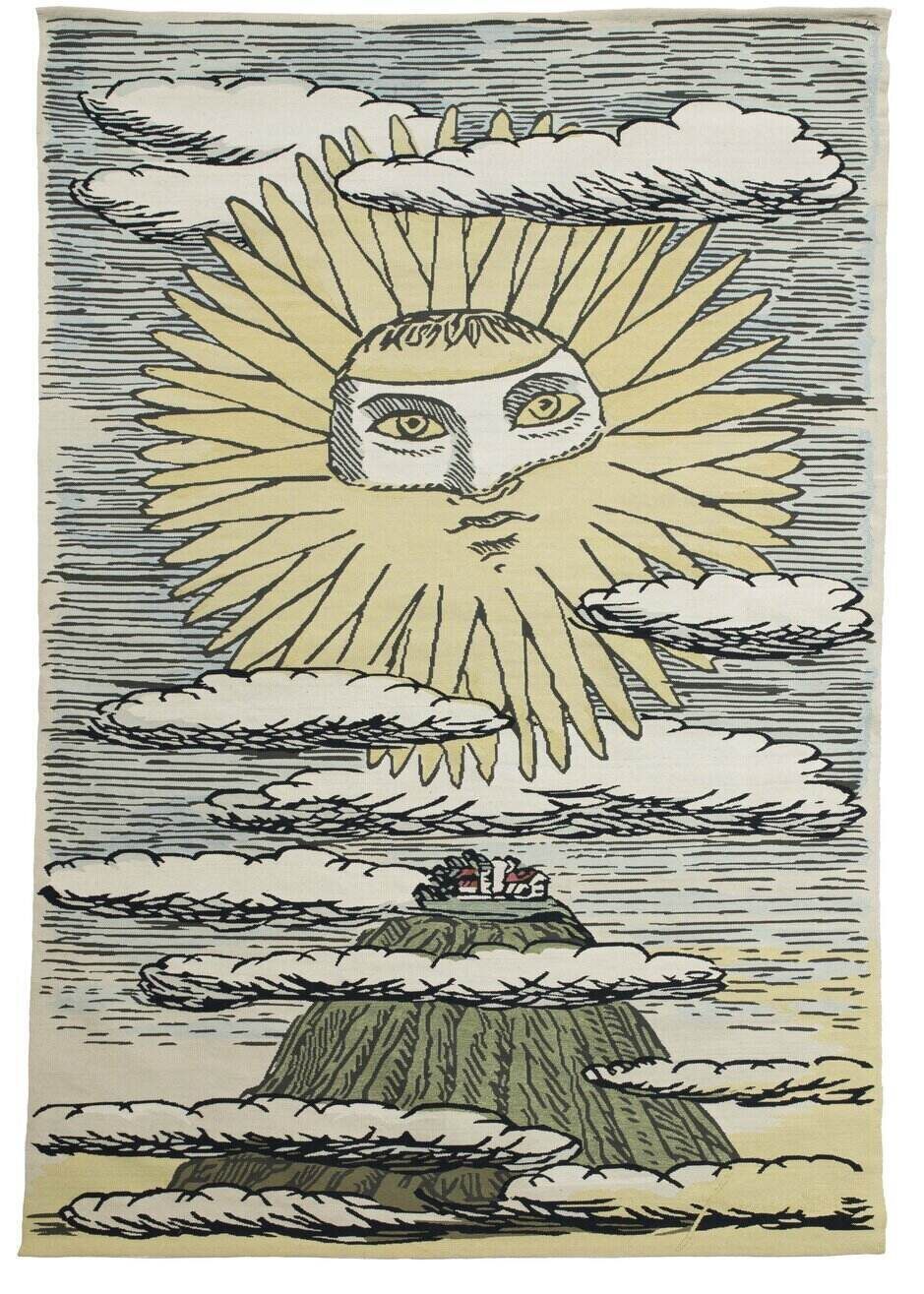 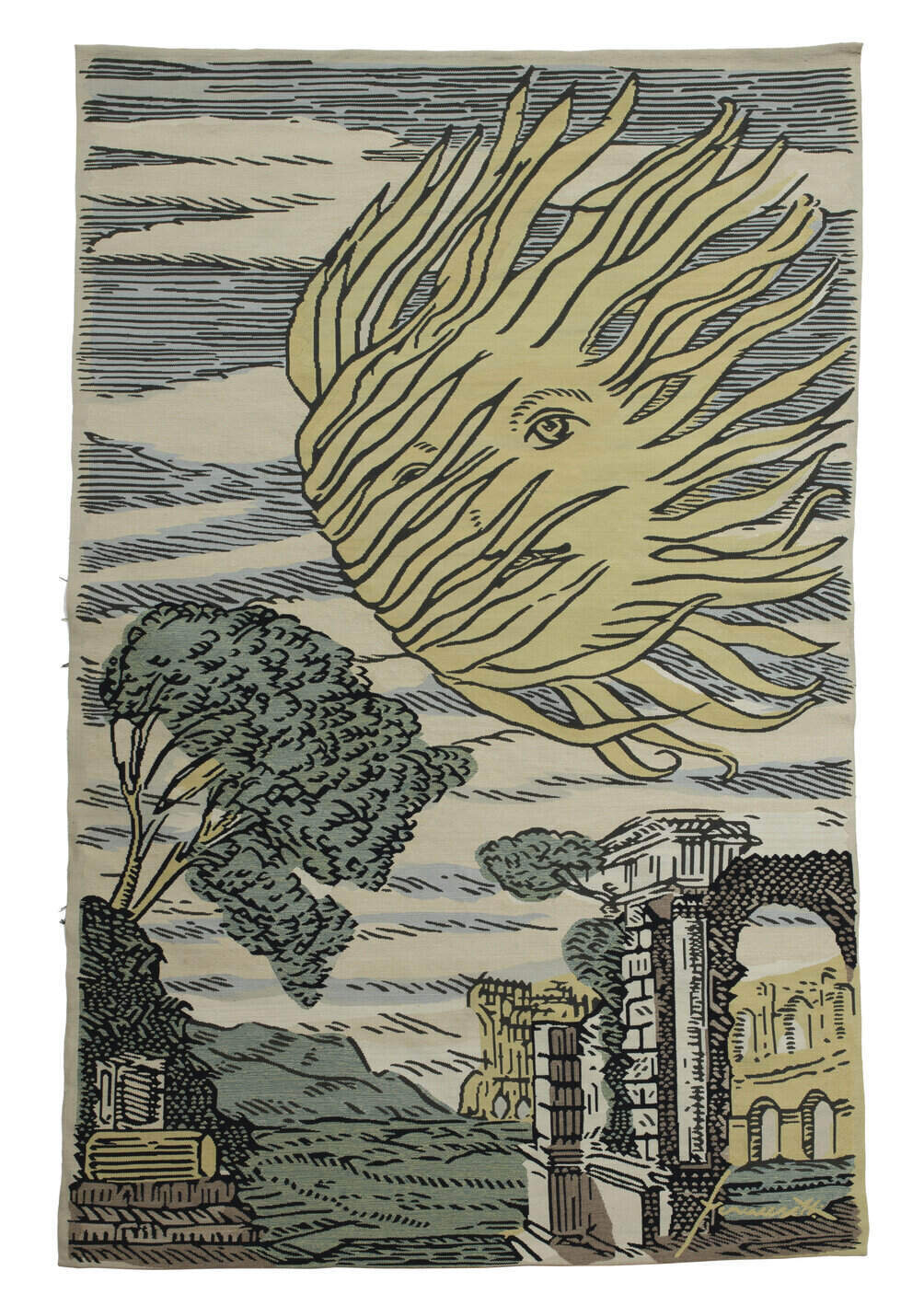 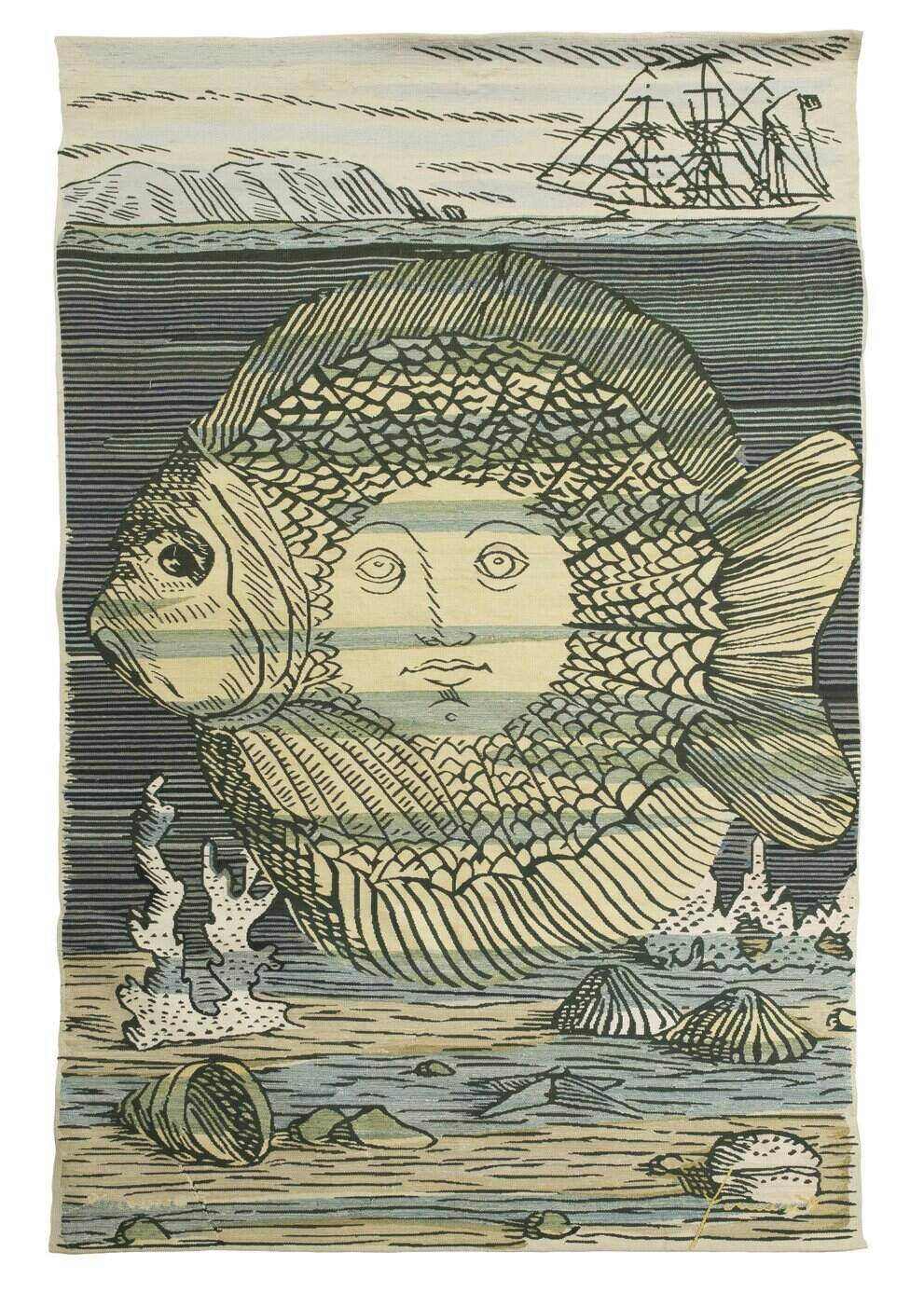 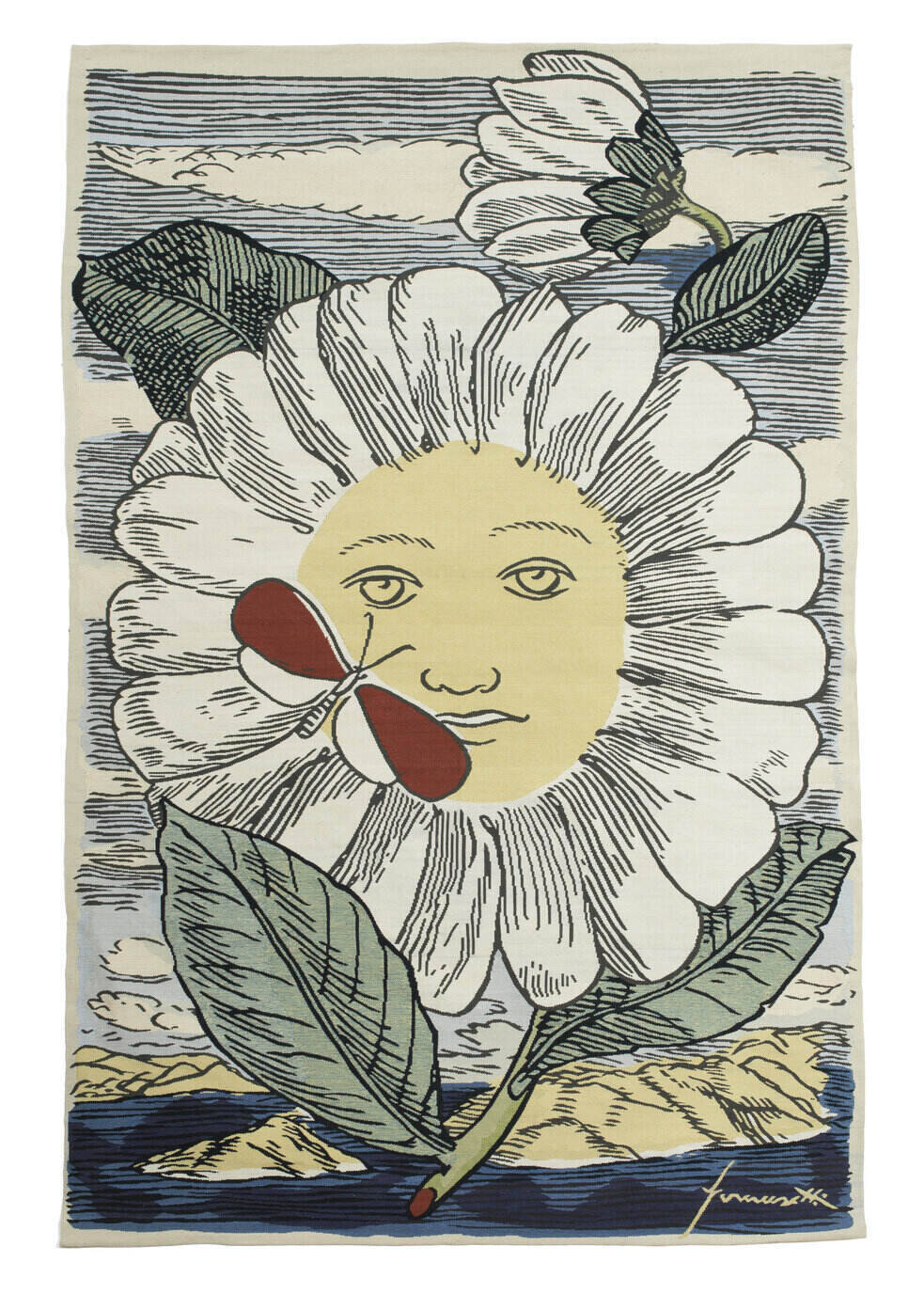 Fornasetti brings the sun to Nomad with 12 celestial tapestries - 05 Tapestry: Maggio (May) 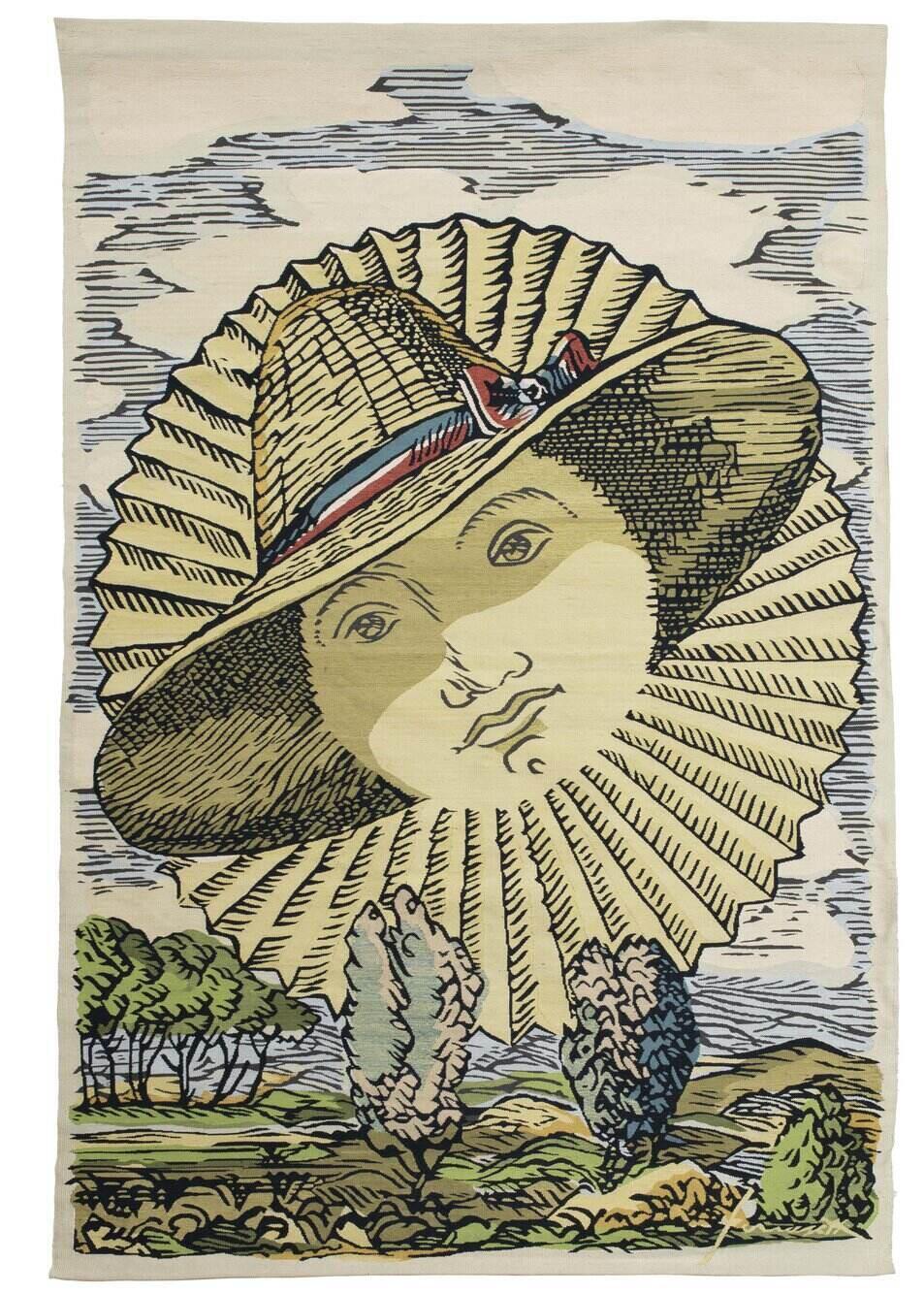 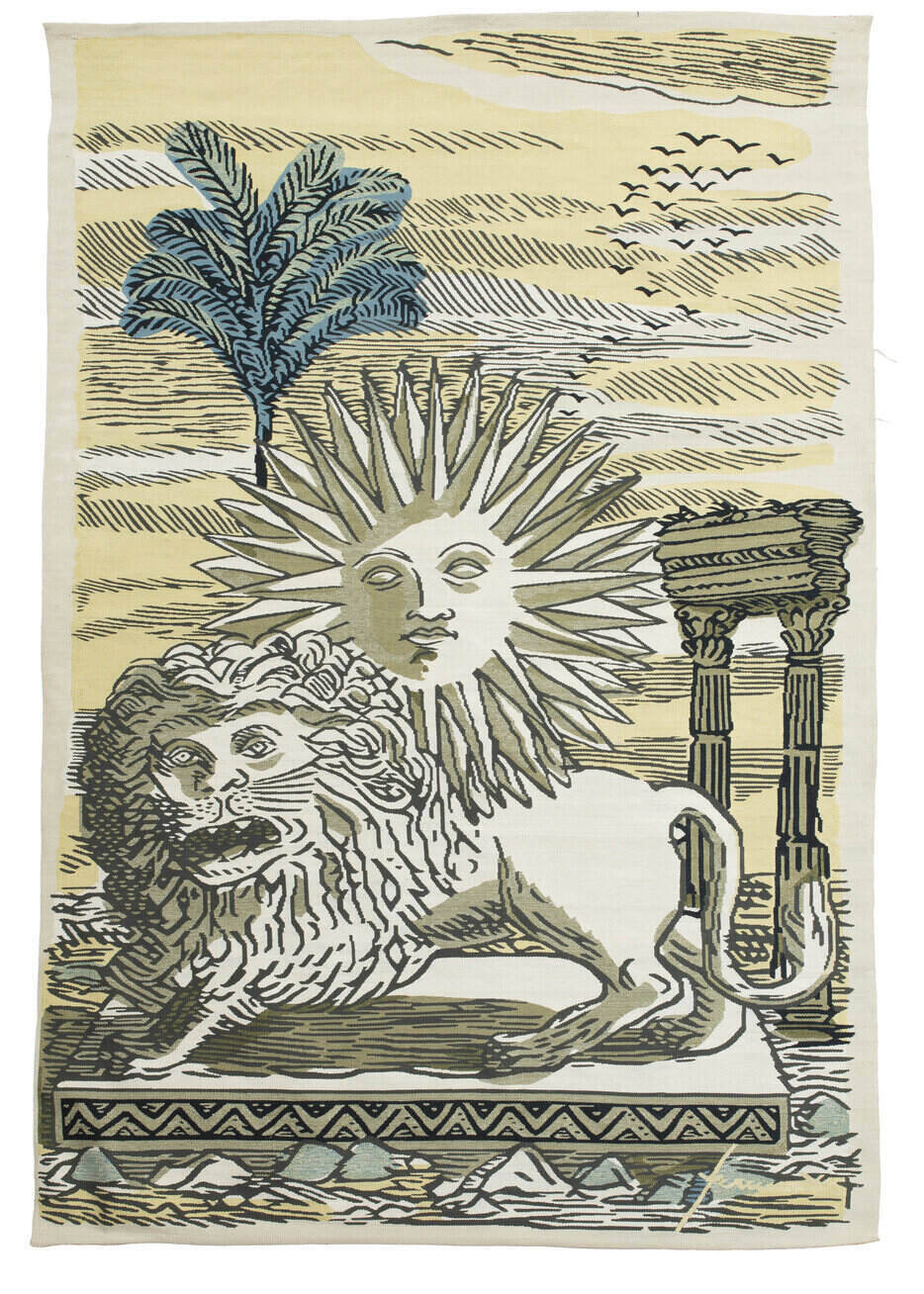 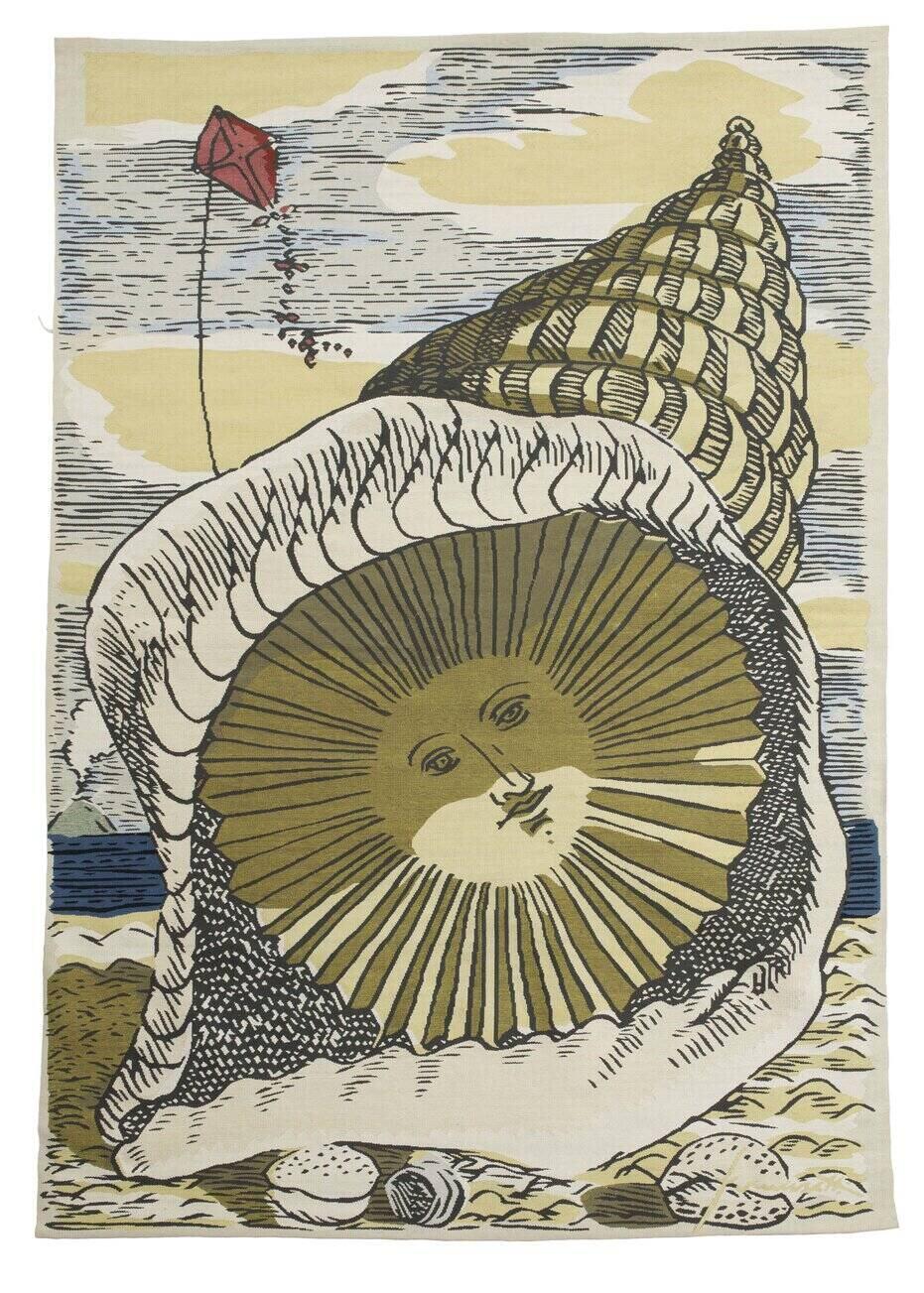 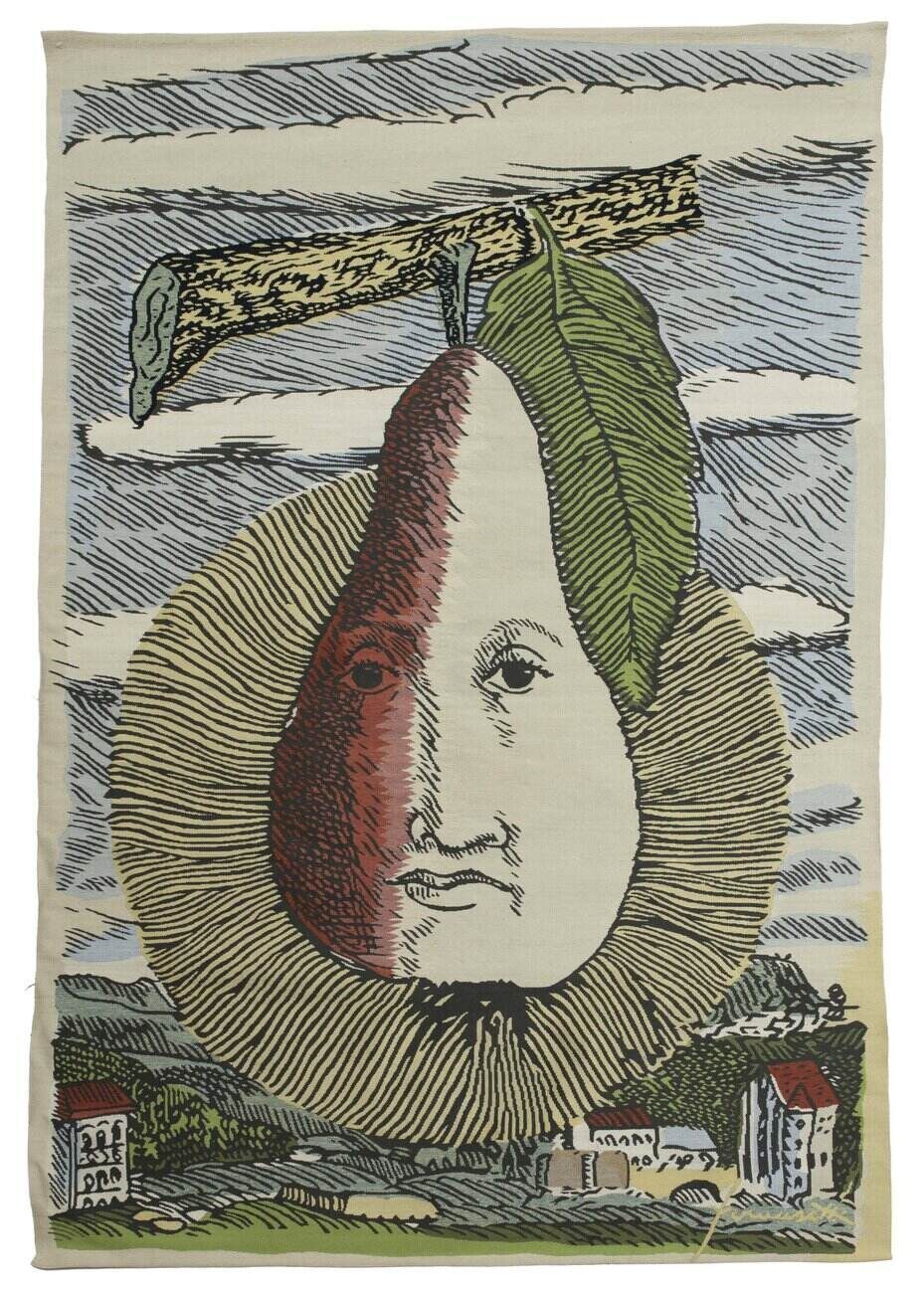 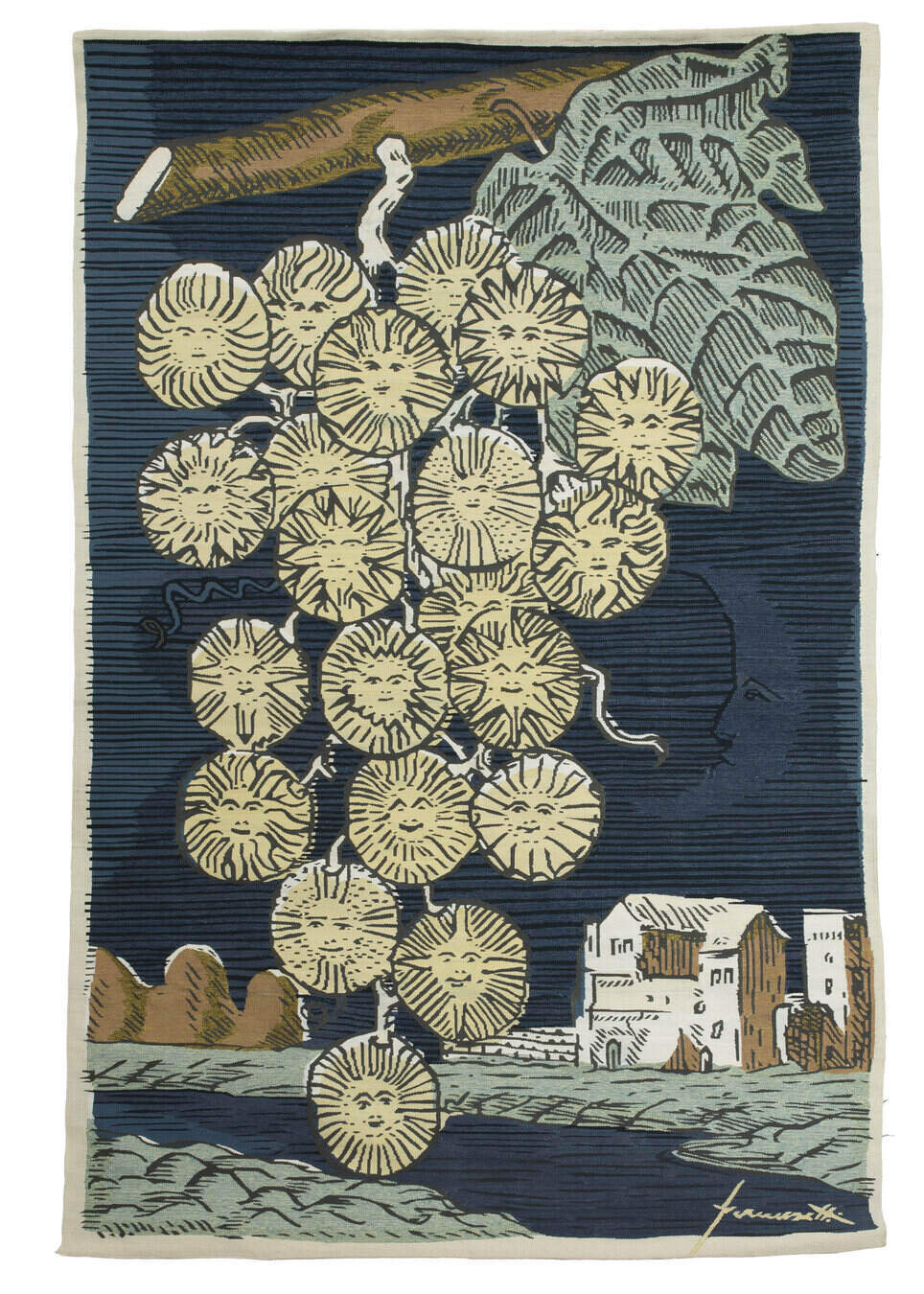 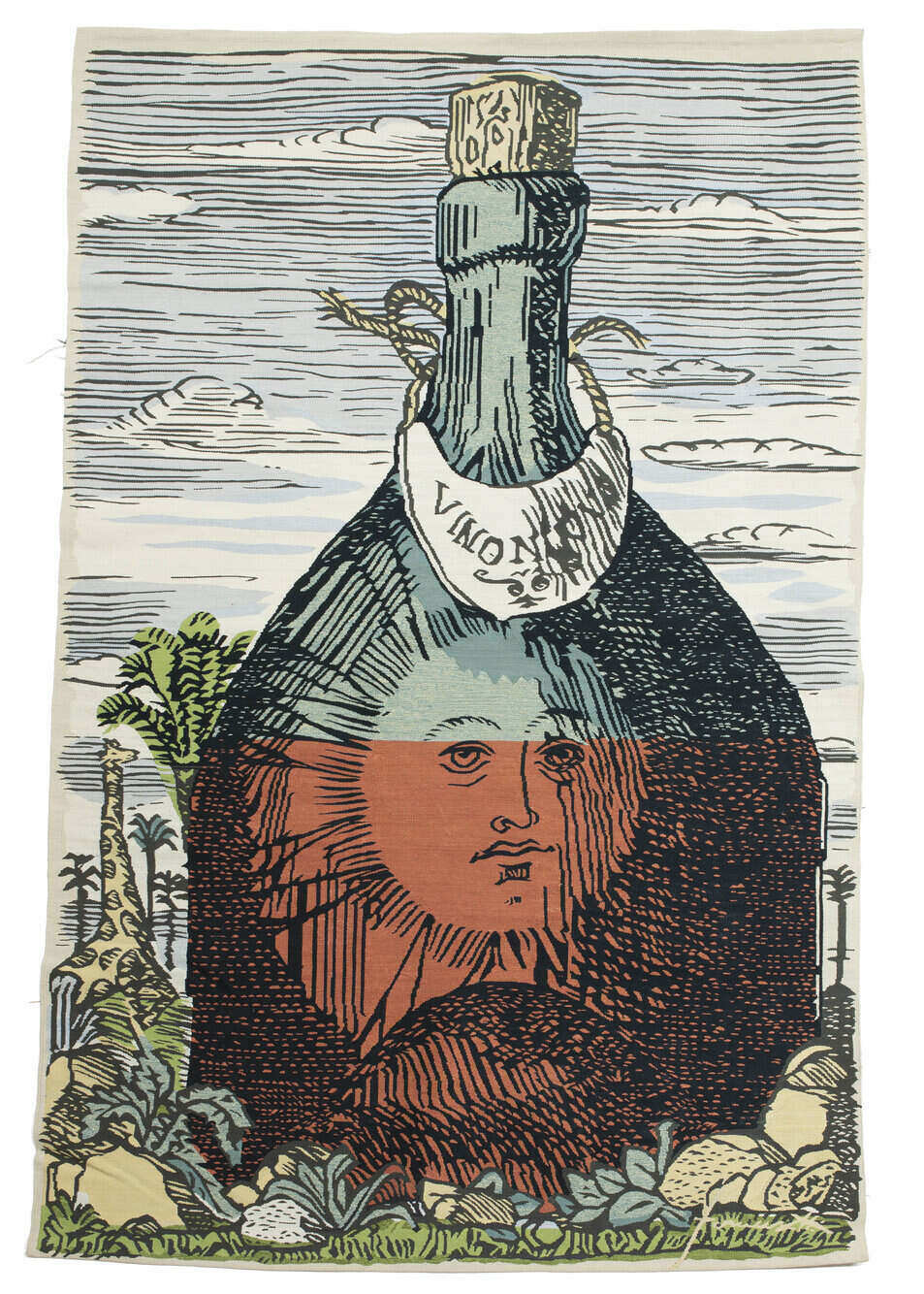 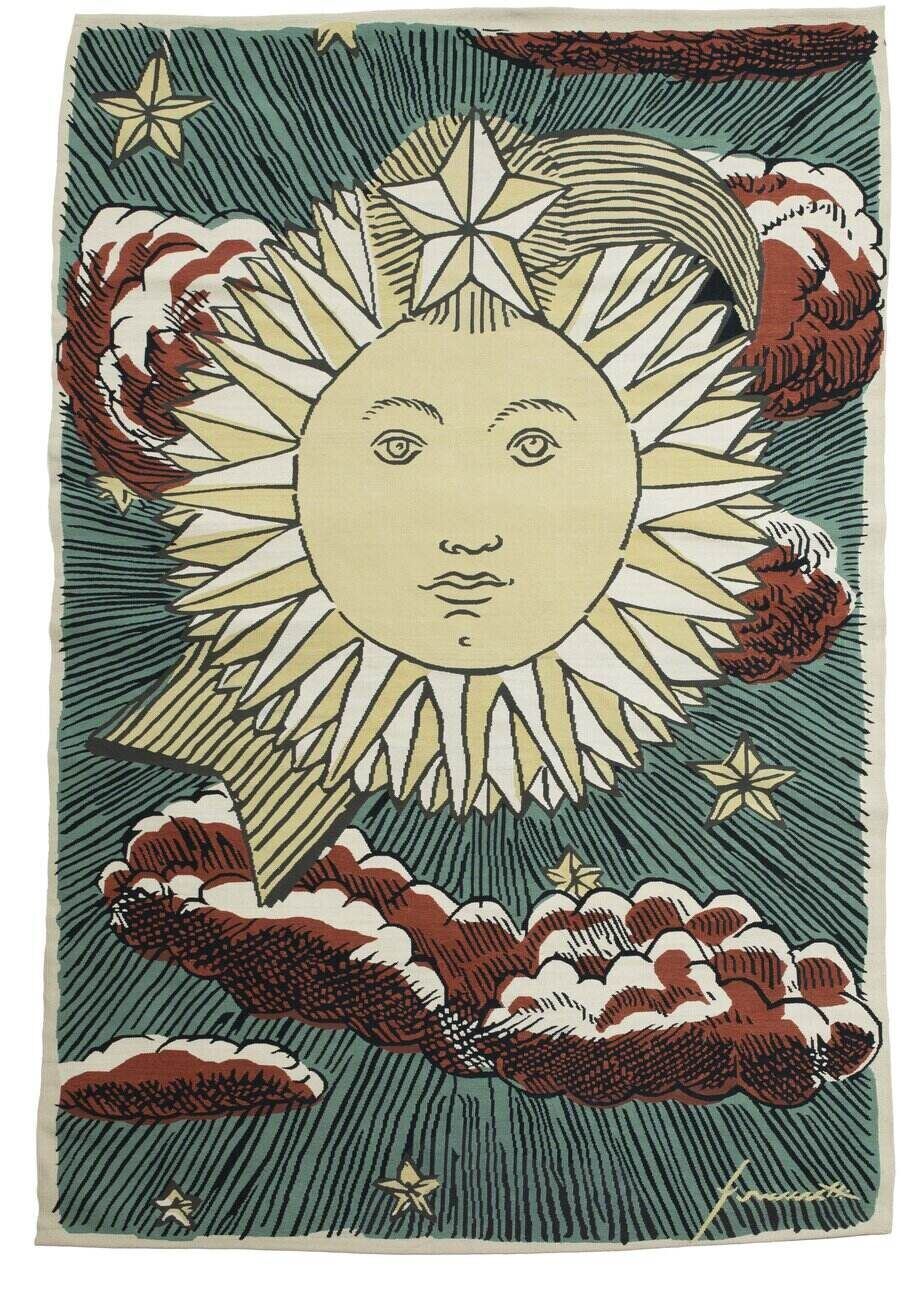 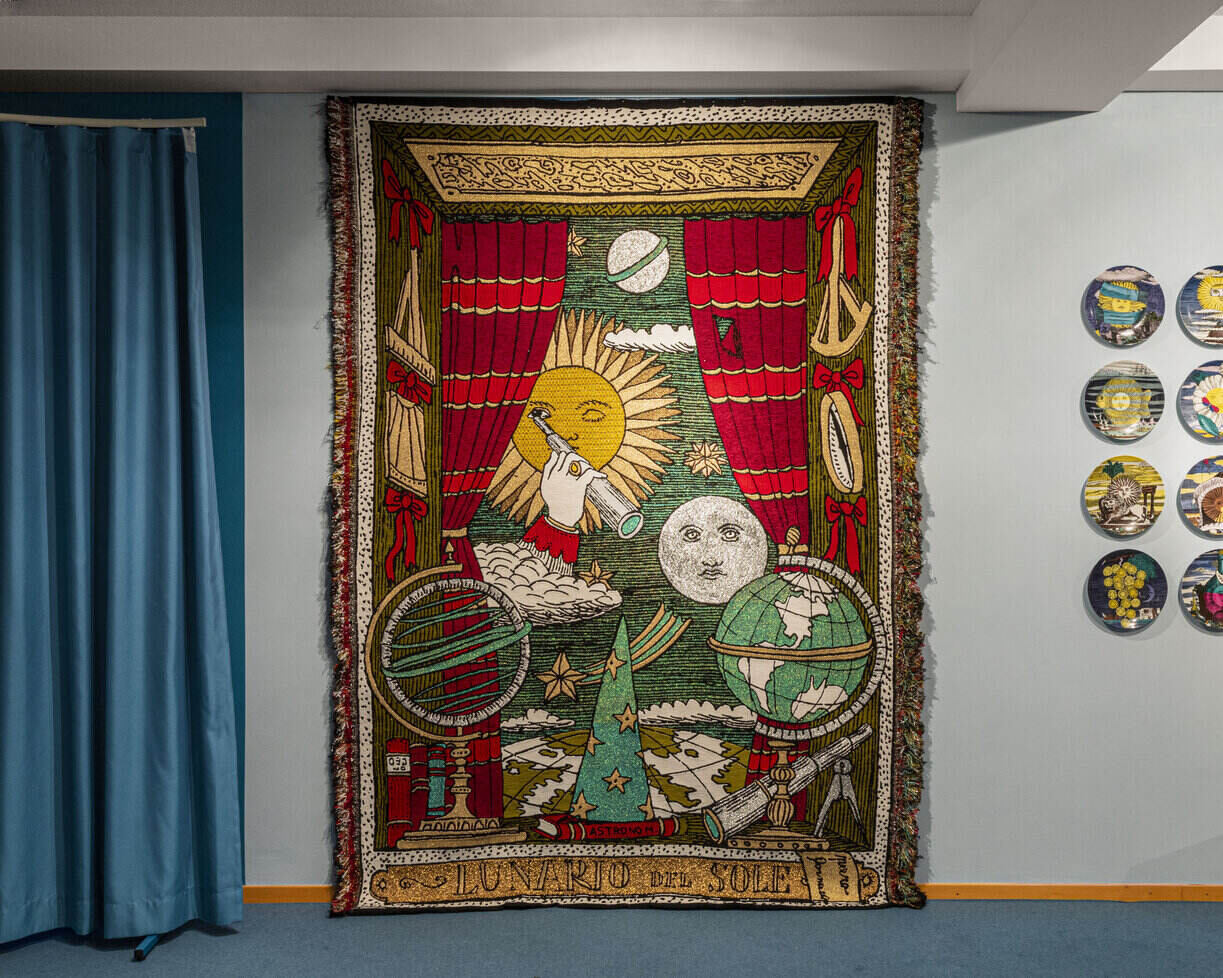 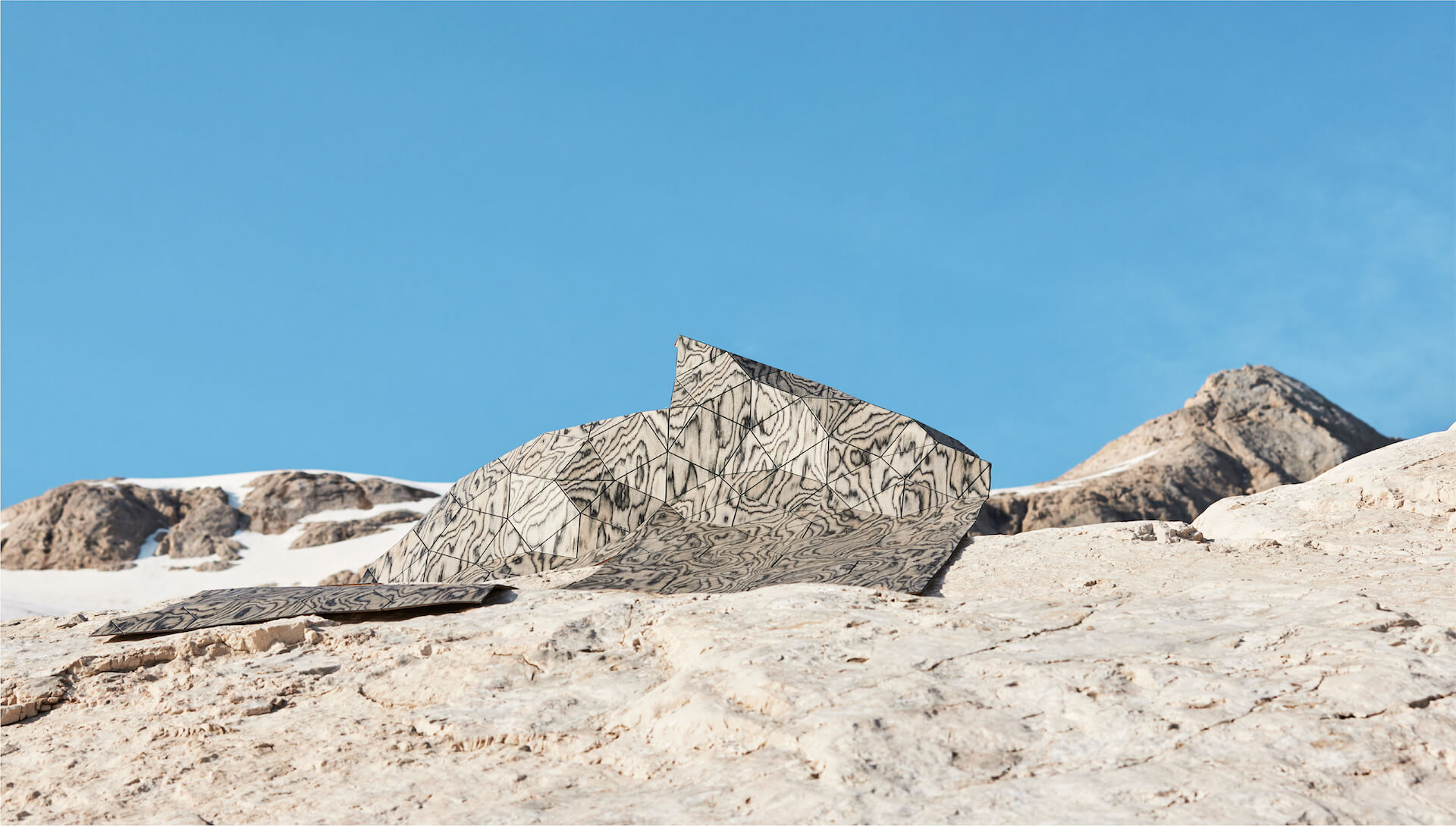 From sunrise to sunset: WOOD-SKIN Mesh Panels transport you to new dimensions in the Dolomites

Among rocky walls and uncontaminated nature, the project “From Sunrise to Sunset” comes to life. The WOOD-SKIN team, made up of photographer Omar Sartor, Art director […] 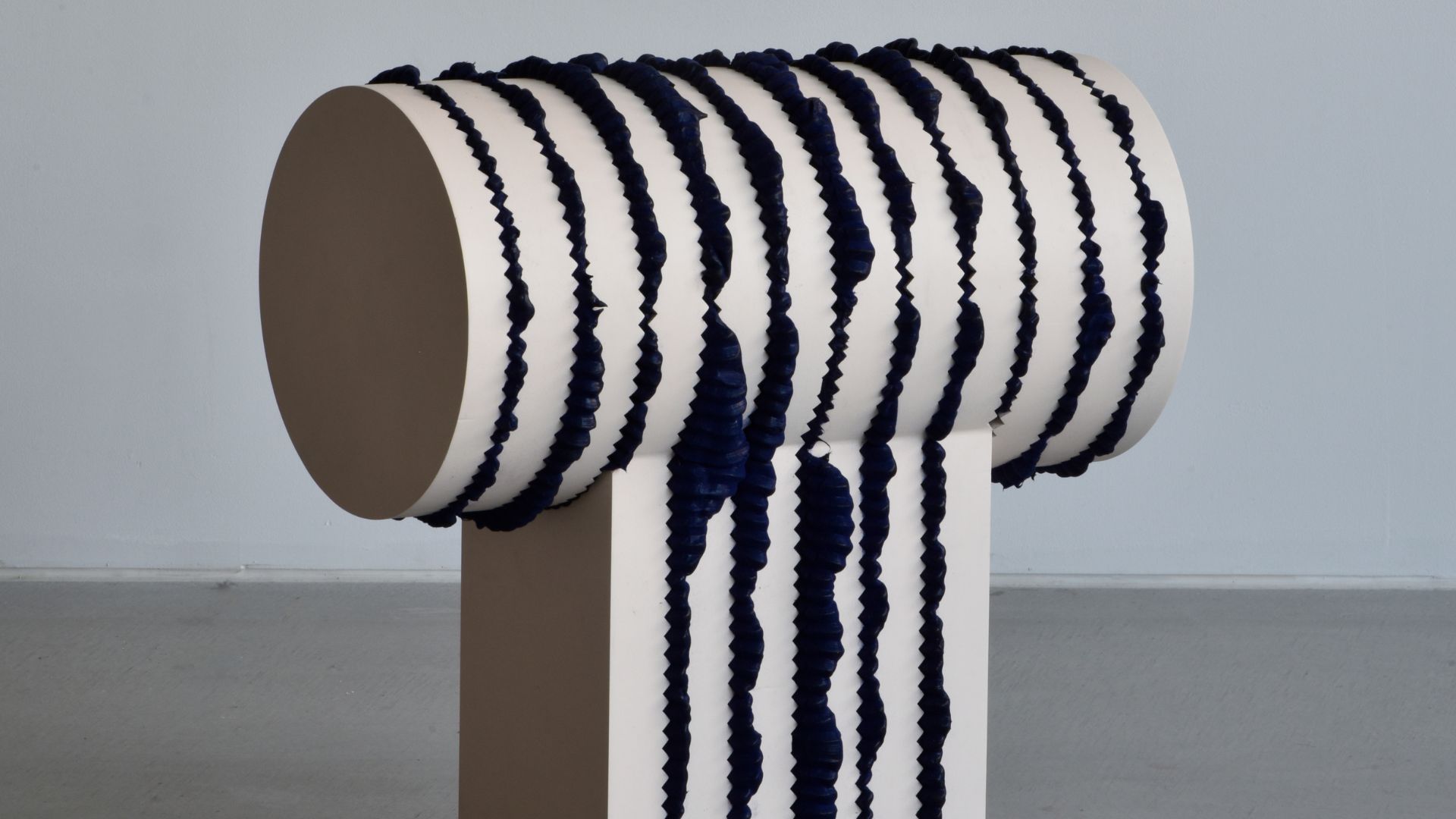 Download our DWalking guide (pdf, mobile-friendly) with all the info for visiting. The act of attaching is one of the basic approaches to making things. With Oozing, […] 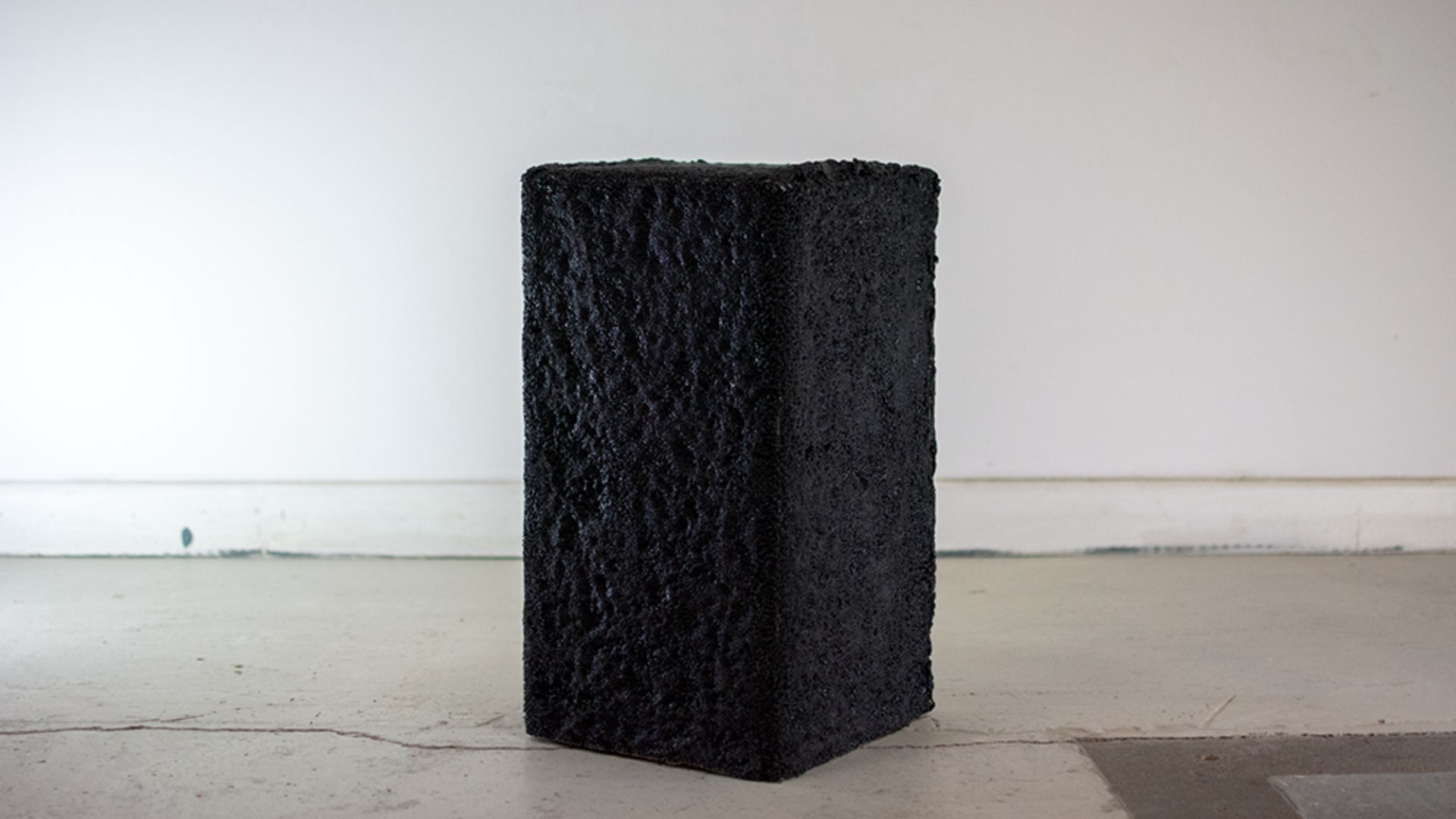 Meet these bespoke products inspired by the stigma of waste excess