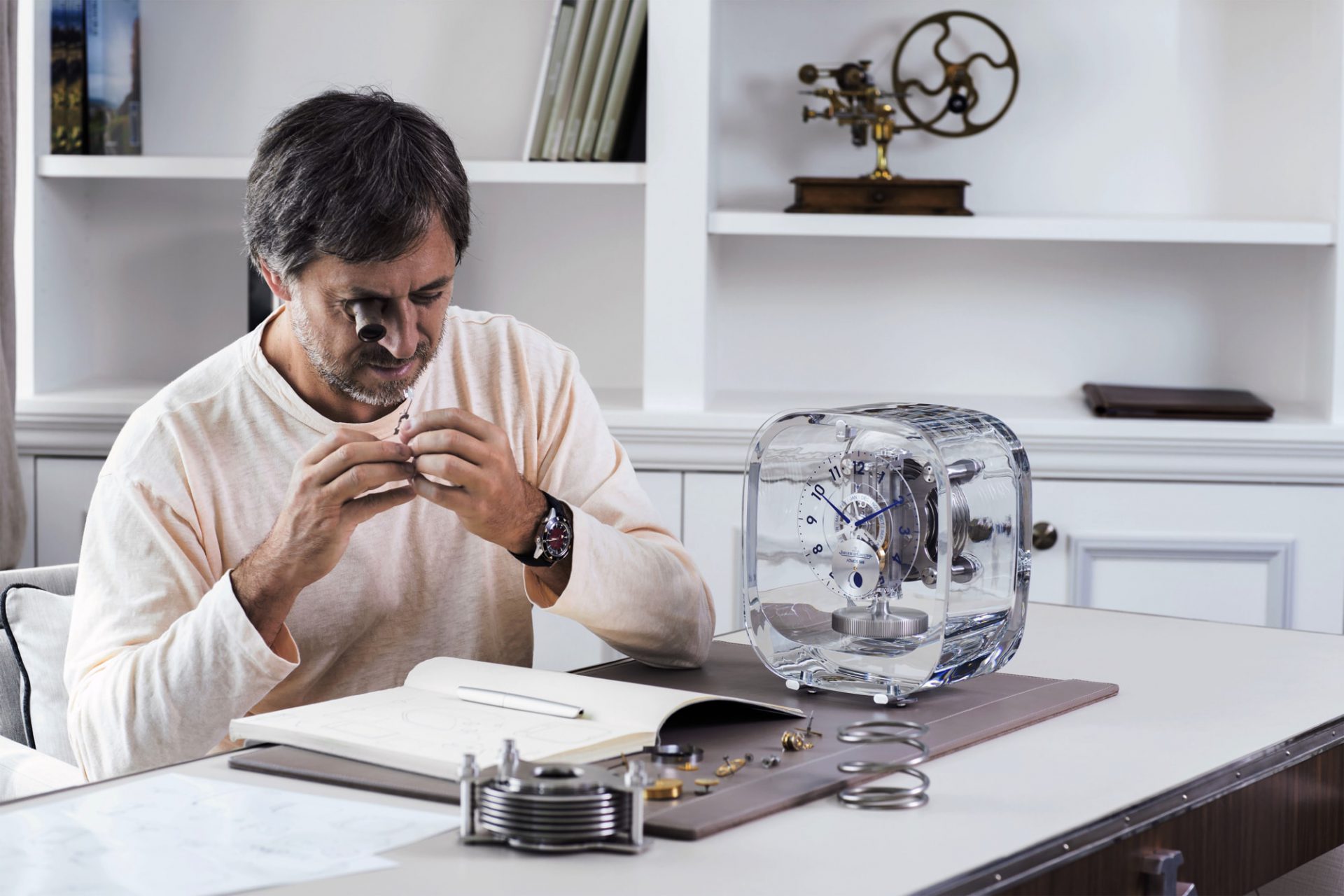 Born in Sidney in 1963, Marc Newson graduated at the Sidney College of the Arts, studying jewelry and sculpture.

In 1993 sex icon Madonna was seen lavishly reclining on a curved metal chaise lounge in her ‘Rain’ music video, certainly aware of how a good design seat changes the perception of the body.

Rumors had it the lounge was a piece made out of just 10, sculpted by a young Australian designer with a short portfolio who was creating limited editions as he was forced to, working by himself and doing everything, from upholstery to machining, to welding.

22 years later, the Lockheed Lounge broke all the records, fetching more than 3,7 million dollars at a Phillips auction sale in London, retaining the title it won in the same auction in 2010, as the most expensive object ever sold by a living designer.

Born in Sidney in 1963, Marc Newson graduated at the Sidney College of the Arts, studying jewelry and sculpture; when in 1987 Japanese entrepreneur Teruo Kurosaki offered him a position at Ideé, Newson moved to Tokyo, producing some of his most iconic pieces, such as the Black Hole Table.

In 1991 Newson moved to Paris, where he set up his own studio, before basing his company, the Marc Newson Limited, in London in 1997; as well as supervising his own company, he has held senior positions at Qantas Airways and Apple, and maintains ongoing collaboration relationships with brands such as Louis Vuitton, Montblanc, Jaeger-LeCoultre, Nike and Hermés, to name a few.

The design work for Qantas Airways, and more specifically for the entire cabin interior of their A380 fleet, is probably the most complex project undertaken by Marc Newson and his team.

“Designing an aircraft is like creating a mini-world‘ – In this case, the two decks ambient had to be equipped with hundreds of different objects and accessories, which Newson supervised in every one of the four versions (one for each class): textiles, carpets, bathroom fittings, trays, glasses, and the seats, of course, incorporating high-density cushioning materials, specific articulation mechanisms and fabric.

No surprise that Marc Newson is still Brand Ambassador for the ‘Spirit of Australia’ company.

Included in TIME’s magazine’s 2005 100 most influential people, Newson has his works presented in the permanent collections of MoMA, Centre Pompidou, Vitra Design Museum, London Design Museum, and many others.

More recently, Marc Newson found significant success designing fashion and accessories, including ranges for G-Star RAW, and was also a co-founder of watch brand Ikepod, which anticipated his involvement in the design of Apple’s iWatch, developed with his long-time friend Jonathan Ive and his team.

Particularly interested in what technology can bring to fashion, Newson borrowed from his own Ikepod the exact elegant and discreet closure method, with the strap integrating with the case as a sort of inflated square.