KAI la Caleta – The big blue that will captivate you 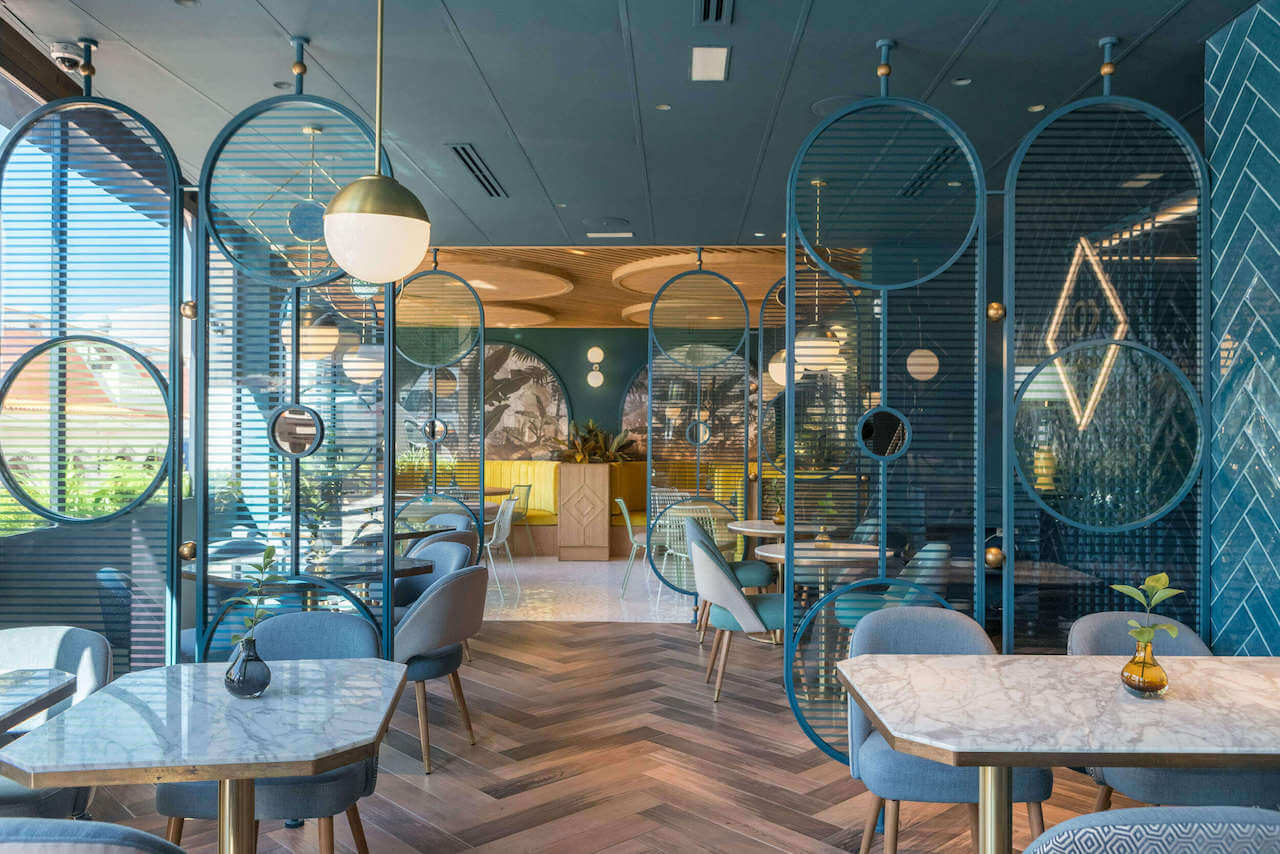 KAI la Caleta restaurant opened its doors in the Caleta de Adeje, south of the island of Tenerife.

The In Out Studio team, led by the architect and interior designer Nayra Iglesias, is pleased to present its new KAI la Caleta restoration project. A place with a lot of magic that has opened its doors in the Caleta de Adeje, south of the island of Tenerife.

Led by a prestigious chef, the restaurant settles its pillars in contemporary cuisine, fusing the different flavors of Asian cuisine with European cuisine.

In an incomparable setting of the Tenerife coast, this restaurant aspires to become a benchmark for food & design lovers.

“The idea, from the beginning,” explains Nayra Iglesias, “was to create a surprising space that whole place as if it were an underwater landscape. With this color I wanted to generate a relaxed, magical and mysterious experience where Asian styles are interspersed with touches of art deco always present in my projects. “

One of the strong points of this interior design, are the different coatings that contribute to generate a marine environment. The use of handmade ceramic tiles surrounds the space as if it were some scales. Provoking the contrast with the tiles, the floor connects with the earth with a two-tone wooden parquet.

The restaurant is divided into two very different environments. On the upper floor there is the kitchen and the main dining room, while the basement is reserved for the toilet nucleus and a private dining room.

The ground floor has been created to delight lovers of high restoration. This diaphanous space is divided into four small rooms through spectacular jewel screens designed by the studio and made of screen-printed color glass, metal and bronze mirror inlays.

This succession of elements generates micro environments differentiated from each other, by changes in the textures of the upholstery and by the use of color notes. The end of the restaurant is filled with a reinterpretation of an English garden that, as if it were an exterior, is filled with overhead light and vegetation.

The most spectacular element of this space is undoubtedly the ceiling made with wooden slats, letting glimpse a dim indirect light through four circular skylights.

As usual in the projects of In Out Studio, in this restaurant they also find a careful lighting designed exclusively with a series of exquisite suspended lamps made of brass and colored glass.

“Risking and breaking with the high floor environment to introduce the client into the cosmopolitan and nocturnal world of Asian metropolises” is what inspired Nayra Iglesias and her team to turn the design 360º and transform the basement into a Walk through the bustling streets of Hong Kong.

The geometric design of the stairs invites us to go down to the lower level, where we discover a radical change in the environment: suddenly we find ourselves in a bustling Asian street, full of posters whose blue and lilac lights are reflected in the stone floor, simulating the exterior of a street on a rainy day.

The entrance to the bathrooms are in this amazing hall, in which the entrances to them become a reverie that let the silhouettes glimpse through their printed glass doors.

Its design, like the rest of the restaurant, it is inspired by Japanese culture. It has Wall lamps designed exclusively by the studio and an XXL size sink that connects male and female toilets in a striking color. Immersed in this dark and vibrant atmosphere, the most magical room of the restaurant is hidden.

A striking dining room for 12 people covered in black ceramic and mirrors that promises to be the culmination of an extrasensory experience.

This spectacular space is dominated by a 4-meter-long solid walnut table surrounded by velvet seats of vibrant colors. However, what makes this space something magical and futuristic is, without a doubt, the play of reflections and indirect lighting in contrast to the black ceramic walls.

KAI La Caleta is a restaurant created to thrill with its cuisine and interior design. The motto of In Out Studio is “to design passionately for passionate people” and in this project its ideology is perfectly reflected.

The perfect excuse to know the south of Tenerife enjoying an exquisite and different cuisine in an inspiring space.