From march to merch: Pride is becoming overdesigned 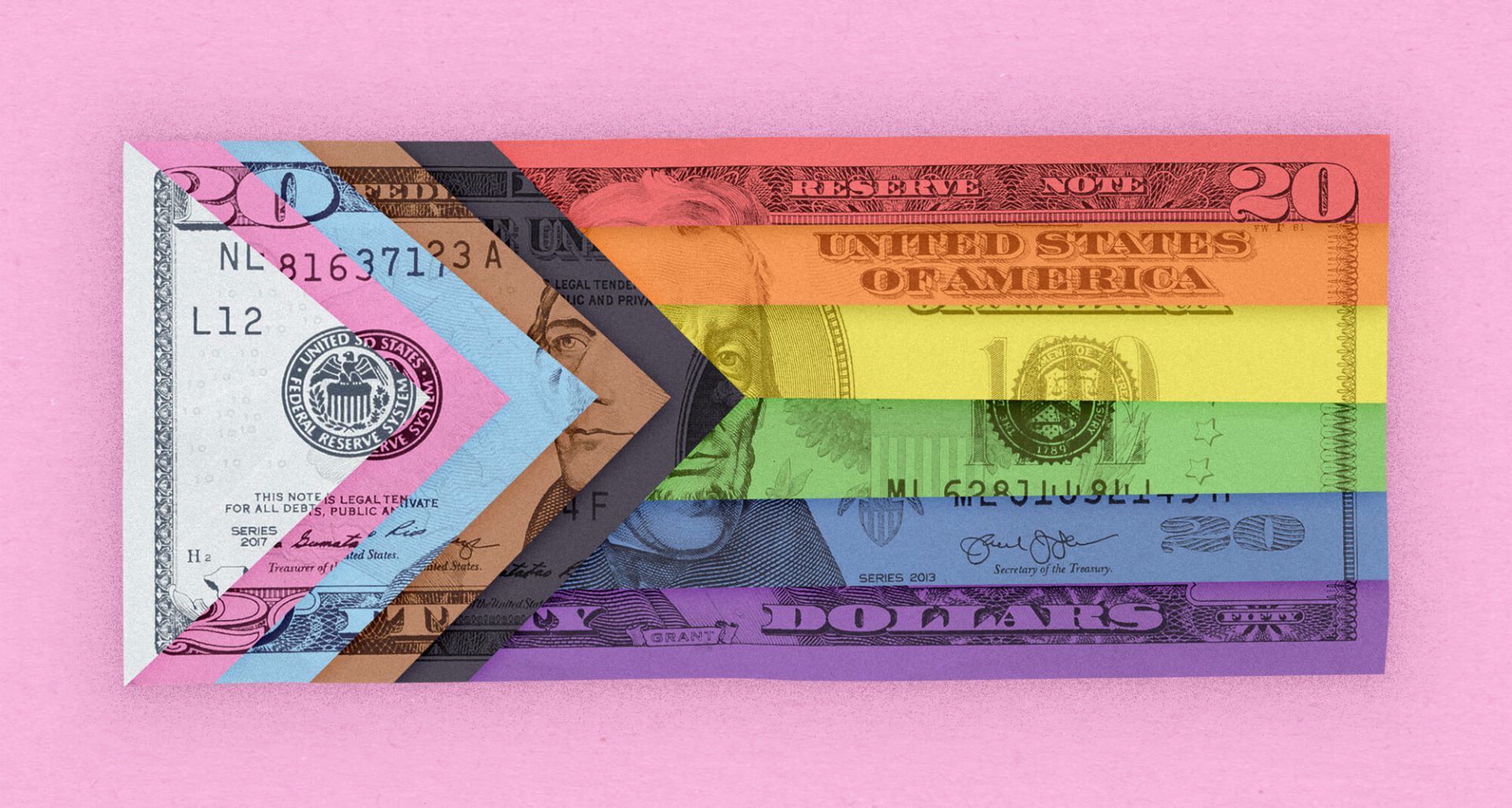 As brands blur the lines between allyship and marketing, they risk disempowering the communities they claim to support.

The first Pride parade was in 1970, a year after the now famous Stonewall Riots marked a turning point in the LGBTQ+ movement. In the 50 years since, what started as a protest has become embraced as a cause to celebrate by a much larger swath of people worldwide.

Whether it’s a consequence of that growing support or the reason for it, Pride has become a money-making machine; and the queer community has gone from controversy to commodity. And like all commodities, design is being applied to Pride so it can be sold back to the LGBTQ+ community in the form of brand marketing and merchandise.

This year, the volume of Pride ads, special collections, and queer influencer partnerships feels particularly overwhelming. With many in-person, community-led events still cancelled, some of us in the LGBTQ+ community have spent more time looking at rainbow-hued targeted ads than celebrating with each other.

Given the larger climate, the aggressive marketing to the LGBTQ+ community sorely lacks the one thing the designers behind these campaigns are supposed to excel at: empathy.

The first Pride was not a block party. Okay, in some ways it was, but it was also part of a movement to decriminalize LGBTQ+ identities and relationships that has spanned decades and has already faced one devastating global pandemic. Today, we are still fighting for basic rights in the midst of another public health crisis.

T-shirts branded with “LOVE WINS” and other vague platitudes about equality fall a little flat when sold by companies who have been silent about the wave of anti-trans legislation being passed in states in which they do business.

The slippery slope into rainbow-washing

The line between legitimate shows of support for the LGBTQ+ community and “rainbow washing” a brand is thin, but it’s one to which LGBTQ+ people are becoming more widely and finely attuned. Brands and designers need to catch up or risk alienating the queer community through their outreach.

It’s not that showing support or offering Pride merchandise is bad, but they are empty gestures unless paired with material support of LGBTQ+ causes.

As Pride collections, ads, and event sponsorships become more and more commonplace among brands, it’s not enough to simply show up. You have to do real work…and stick around. Corporate efforts at diversity and inclusion are being evaluated more critically.

Have the creators behind ads and t-shirts been hired from the LGBTQ+ community and properly credited for their work?

Are companies putting care and thought into what they put out for Pride, or are they putting a rainbow on a tote or some other piece of swag that can be printed quickly and cheaply?

Is Pride marketing actually addressing the LGBTQ+ community, or is it geared to straight, cisgender allies? (Campaigns focused solely on education are a dead give-away that the company is talking to a non-queer audience.)

Perhaps most importantly, Pride campaigns should demonstrate a genuine understanding of the LGBTQ+ community and support for the most targeted members within it.

“LOVE IS LOVE” works great on a t-shirt, but it also focuses exclusively on the things that make LGBTQ+ people like cisgender heterosexual people and ignores where our experiences differ. Those differences matter, they are beautiful, but sometimes they are uncomfortable for corporations who just want to show up for their sponsored booth and enjoy a parade.

Curious to know about initiatives supporting LGBTQ+ creatives? Head to these 4 LGBTQ+ organizations that you should know, follow, and might as well join.

Sylvia Rivera and Marsha P. Johnson, two trans women of culture honored for their role in the Stonewall Riots and myriad other contributions to the queer community, both did survival sex work. And yet, many companies who claim to be deeply committed to progress for the LGBTQ+ community ban anything remotely connected to sex work or even cruising. ICE posted a Pride graphic to Twitter despite the fact that they continue to let trans women face abuse and death in detention.

Does your support for the LGBTQ+ extend to queer sex workers? Queer people of color? Trans people who don’t try to meet cisgender beauty ideals?

This is the greatest danger in rainbow-washing: once something has been commodified, its future support is contingent on staying palatable to a mass market.

What happens beyond Pride

Many attempts to celebrate Pride by brands and creators fail to understand that Pride is a celebration of resilience and ongoing progress and not just a party for a job well done. After the parties are over, there is still work to do. While many brands and allies clock out on July 1st, queer people are queer all year.

One of the most critical standards we need to evaluate Pride campaigns against is what the company or creator behind them does the other 11 months of the year.

For companies, that can mean hiring LGBTQ+ people. Continuing to support LGBTQ+ causes throughout the year. Stopping the donations you make to anti-LGBTQ+ politicians because you like their corporate tax policies.

For individual designers and other creators, it means examining your own work critically. Make sure you’re actually informed on the issues before creating work around a cause. If a project is targeted at a community you don’t belong to, ask yourself if you’re the right person to do it. Consider passing it on to someone from within the community.

Interested to know about other designers using their voice to advocate for queer rights? Don’t miss “WAKE THE F*CK UP!” and start designing for all – Interview with Max Masure (They/Them).

The work brands and designers do July through May has exponentially more impact on LGBTQ+ people’s lives than any Pride campaign.

Whether or not someone can sign up on your website without having to choose between “male,” “female,” and “other” is more important than making your logo rainbow.

Prioritizing trust and safety for marginalized communities in the digital products you build is more impactful than special Pride-themed Easter eggs in the experience.

Making sure LGBTQ+ people are represented in your product and marketing consistently is more meaningful than splashier shows of diversity once a year.

Stop timeboxing your support for the LGBTQ+ community, and start thinking about what you will do on the first of July. 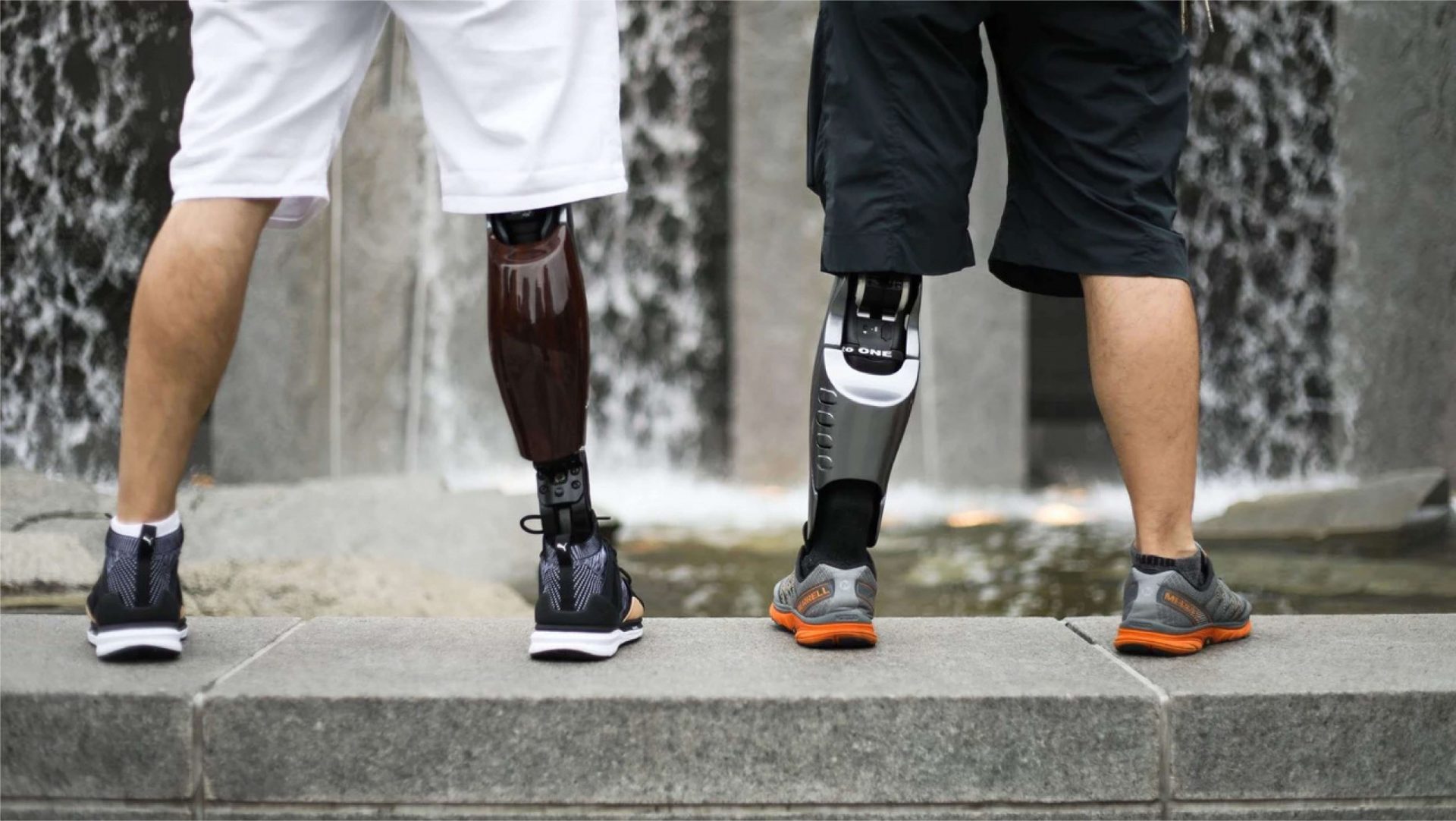 We take a look at the history of prosthetics and why thanks to technology, prosthetic design is challenging the definition of disability. Prosthetic limbs are nothing […] 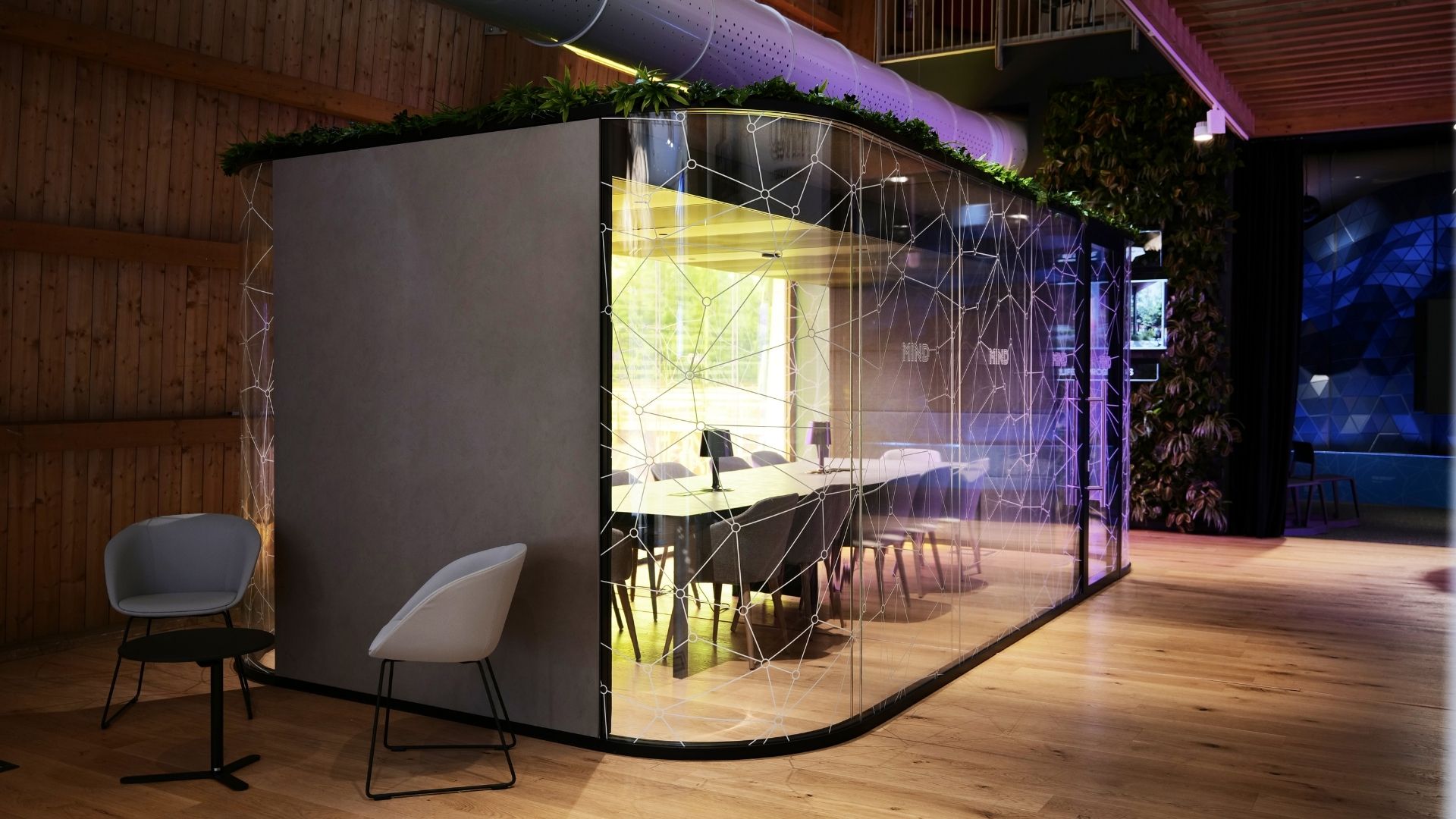 DesignTech, the place for design innovators and entrepreneurs

In the beating heart of the Made in Italy economy, Designtech finds its natural place to represent, in a dynamic and competitive ecosystem, the world of […] 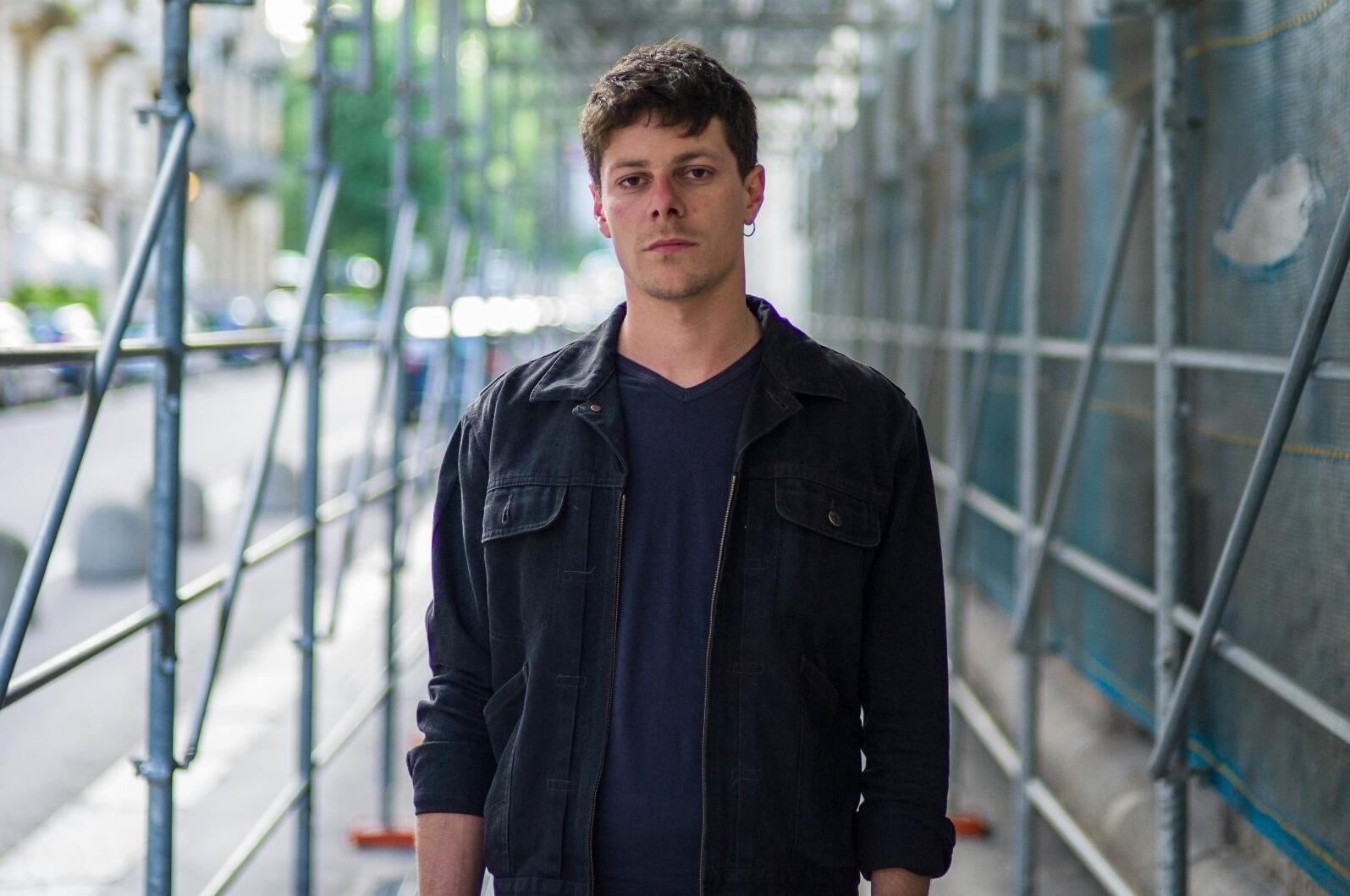