An alluring table lamp reflecting the purity of raw materials

Valencian designer Manu Bañó beautifully crafts ‘OBJ-01’ – an extraordinary metal table lamp part of an open collection of simple products based on the purity of raw materials, industrial processes and gestures that cause a specific function.

Manu Bañó is co-founder of the design studio EWE and Associate of the renowned furniture, interior design and architecture firm, Esrawe Studio, in Mexico City.

“OBJ-01 is an understandable simple gesture, an object that needs no explanation. At a glance, it reveals its material, its manufacturing process, its function as well as its use” says Bañó.

A plate of raw metal – that can be steel, stainless steel or brass- it’s skillfully cut by laser and assembled by hand with a rubber hammer and no welding joinery.

This innovative minimalistic product’s size brilliantly responds to the modulation and format of the material in its commercial standards.

Pure geometric figures build the lighting fixture; a rectangle, a circle and a cylinder at the back which seamlessly contains the LED light spot.

The circle, when cut out, effortlessly adopts the function of a screen and can rotate 360 degrees to direct the illuminating light at will.

Manu bano was born in valencia, spain in 1990. After studying industrial design at UCH CEU University in Valencia and a Master’s degree in furniture and lighting, he joined Magnus Long Studio in London and collaborated in projects for Central Saint Martins University.

Then he moved to Mexico city in 2013 where he currently lives and works.

His work has been exhibited in design fairs such as Design Miami/Basel, Salone Satellite in Milan, Maison&Objet in Paris and Zona Maco in Mexico, and has also been honored with awards such as best of year by Interior Design Magazine, A Design Award and IF Design Award.

Son of a designer and an artist, Manu grew up in a creative and experimental environment, awakening from an early age his interest in materials, craft techniques and the nature of objects.

Together with Héctor Esrawe and Age Salajoe, he co-founded Ewe studio in 2017. 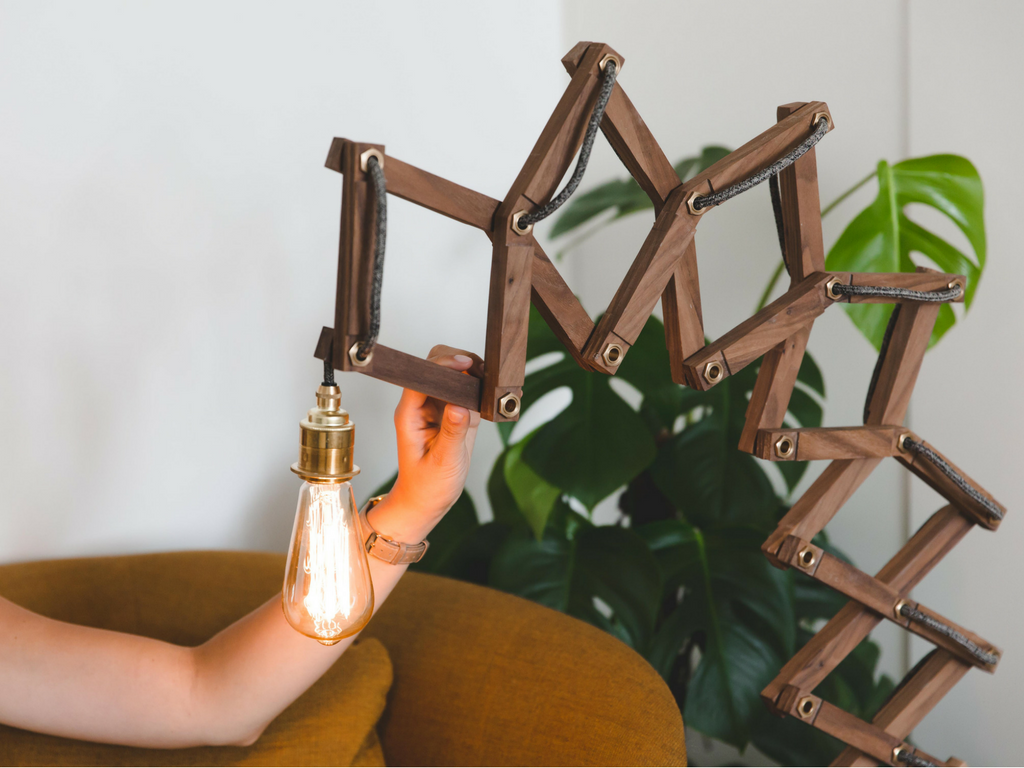 Inspired by a Crane bird, it dramatically changes in height and shape

The Crane Lamp is a playful, movable light by London-based design studio Animaro. The lamp changes dramatically in height and shape, with a form inspired by […]

We love nature, this is why we love the Kovac Family’s mission (and lamp!)

The keyword: biomimicry. The idea comes from having observed the nature. Designers, architects, artists and engineers from all ages have found inspiration in the flawless beauty […]

Against the grain: COZÌ tames wood into sculptural designs

When Yuval Carmel and Ofir Zandani decided to join forces back in 2013, they didn’t realise how perfect their partnership would be. Yuval Carmel came with […]