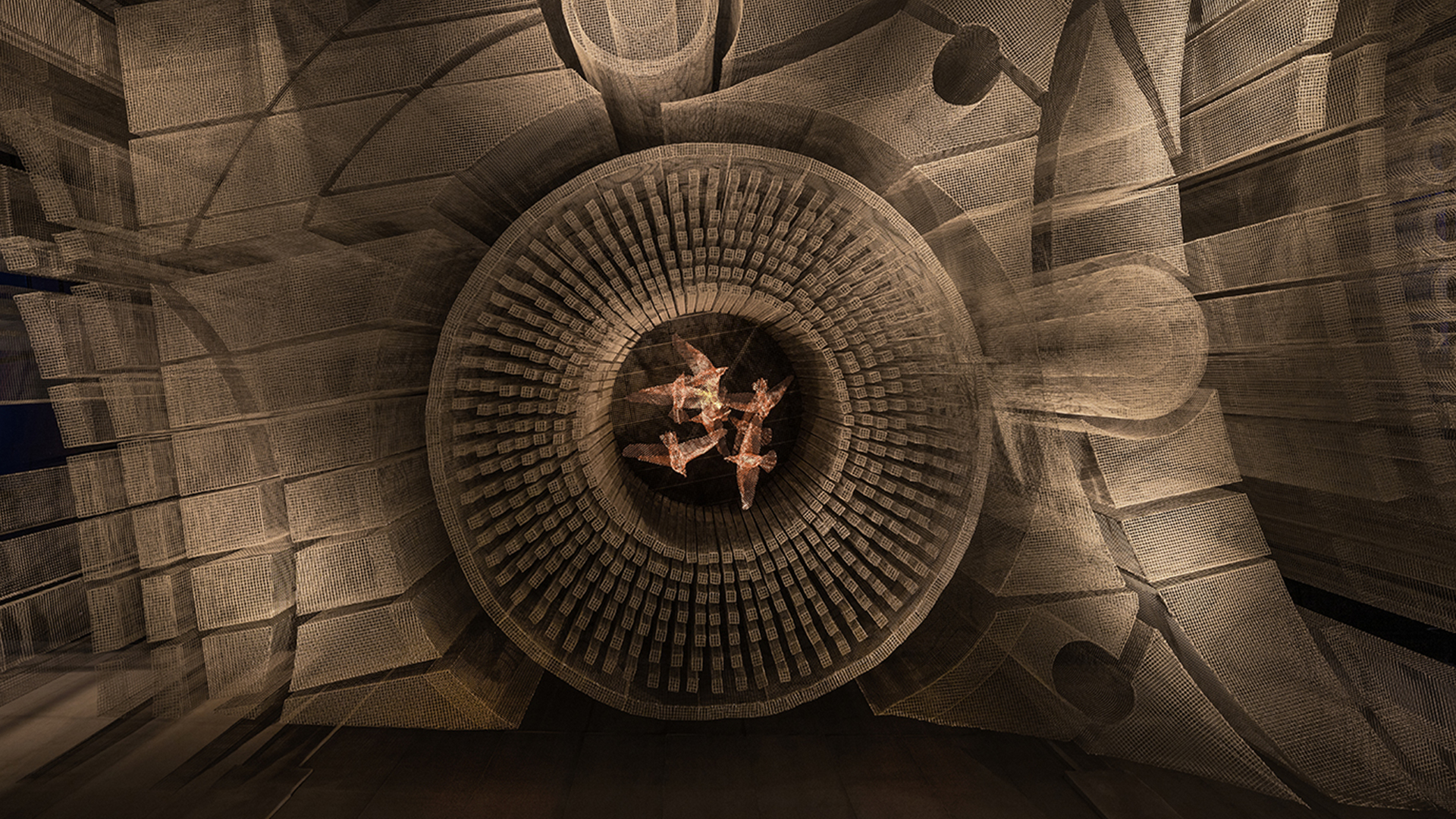 The Milan-based studio was created in 2020 after more than five years of experience in the design, development, and realization of public large-scale artworks worldwide.

Designed by Rockwell Group, the hotel is a tribute to the East Village, one of Manhattan’s most historic and constantly evolving neighborhoods, known as the fertile ground for the 1960’s artistic and musical movements.

Inspired by the iconic structure of Fillmore East, the legendary Lower East Side concert hall active until 1971 that featured The Doors, Janis Joplin, Elton John, and more, Tresoldi Studio designed the ceiling-suspended sculpture over the main room of Cathédrale with an ethereal presence that recalibrates the spatial and temporal perceptions of its visitors.

The installation outlines itself as an architectural precious wreck, a tribute to the cultural background that influenced not only New York City but several generations worldwide.

The deep chasms and the huge fragmented central dome of the six-meter deep installation, as well as the play on fullness and emptiness, project Fillmore East in a contemporary dimension.

The sculpture generates volumetric and visual distortions, while contrasting the elements of the past with industrial materials. Fillmore lives through an amplified and ever-changing point of view, overlapping with Cathédrale’s design to shape a strongly scenic environment.

Check out Tresoldi Studio Instagram page to follow the journey and works of one of the most promising young Italian art studios.