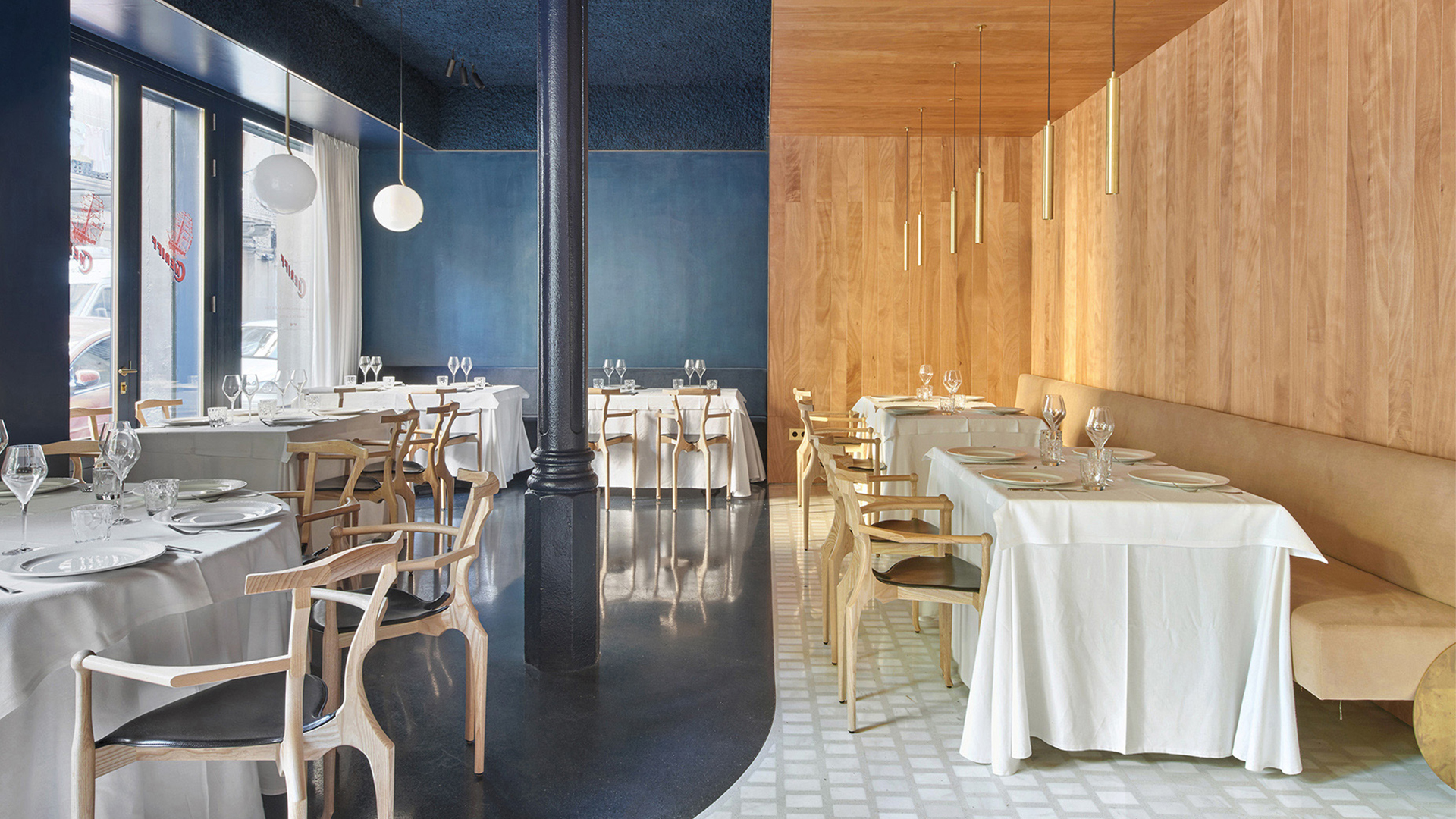 Cheriff has turned into a culinary classic, known for its history and quality, now its also known for its elegant and timeless design.

The Cheriff restaurant comes from a long tradition of local family businesses. It first opened its doors as a small fish shop in the late sixties by Mr. Pedro Ruipérez, an eccentric being who used to dress up as a sheriff to work.

Cheriff is part of Barceloneta’s memory. A classic in the neighborhood, it needed an atemporal design that preserved the authenticity time bestowed onto the restaurant. As part of a strategy seeking timelessness, the distribution into compact areas (typical of the fish shop), was kept intact in order to speak to the local community.

Looking beyond the touristic craze, there is a local life present in the Barceloneta neighborhood. The air smells like the sea, and early in the morning fishermen stock some of the restaurants that still speak to the memory of the local community.

These places have become symbols in the city, offering an authentic experience of the Mediterranean gastronomic culture and cuisine. When asked to redesign these kinds of mythical spaces, Mesura architects had to think about how do we create a sense of timelessness, in between tradition and contemporaneity.

As designer Massimo Vignelli described it, timelessness is created when things are easily understood. He spoke of “intellectual elegance”, as simplicity is by no means “simple”, but rather the result of a long process of experimentation, revaluation, and refining.

Artisanry as a tool for authenticity: the unknown artisan. Including artisanry into design means making it human. Artisanry adds subtlety, strength, and value. It’s closely connected to identity and authenticity, as its origins are traceable to collective creativity.

Like the Japanese said, there is no ego in artisanry. “The arts of the people” evokes notions of uniqueness, honesty, and attention to detail. Being authentic is about being sincere and responsible. Craftsmanship draws on the knowledge, skill, and history, hence its connection to quality.