When we go to the moon, we must thrive, not just survive 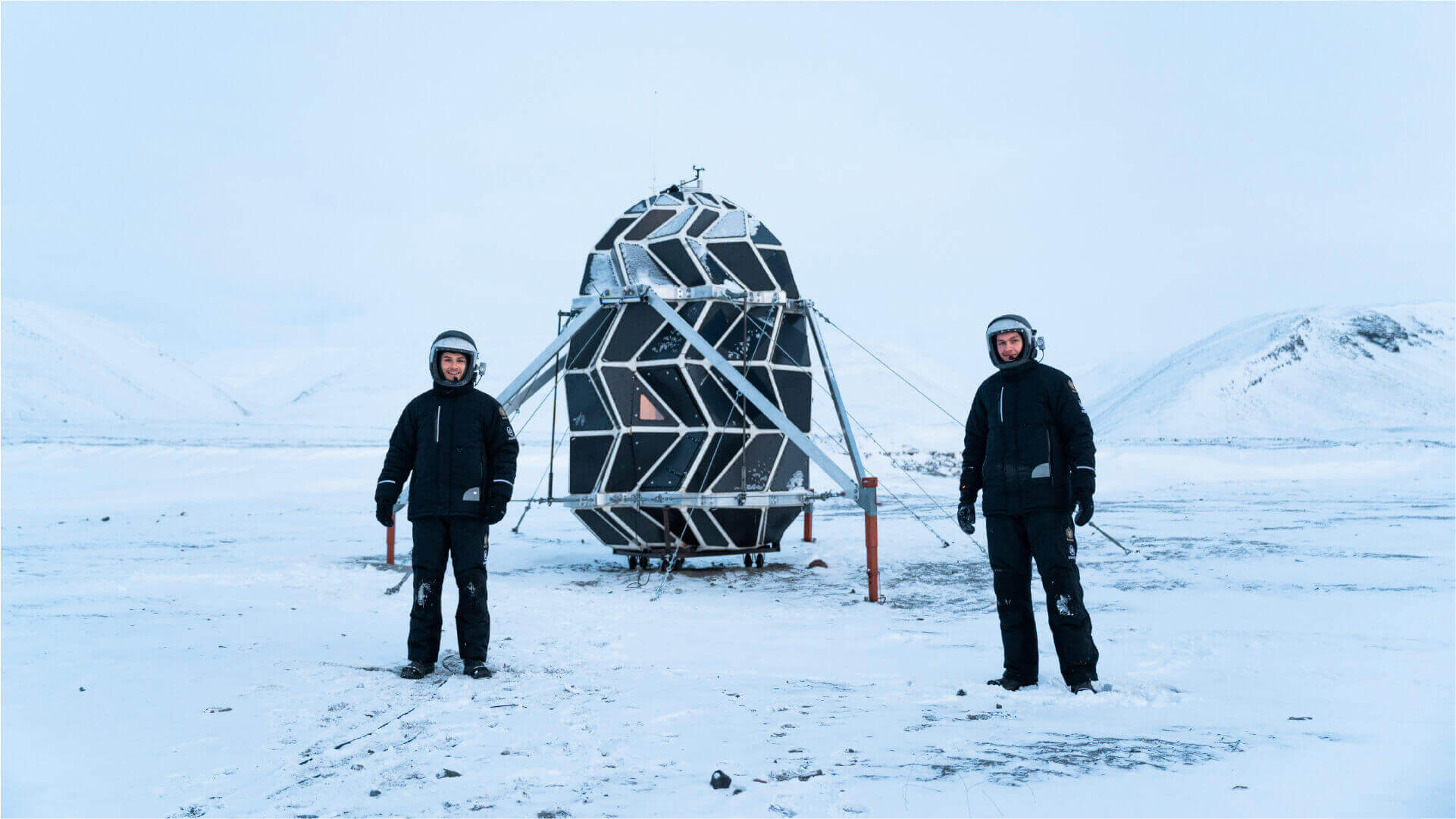 From designing a Moon habitat from scratch to testing it on the first simulated Moon mission in the Arctic.

Humans are going back to the Moon in 2024, not just to place a flag, but to live. That means three years from now there are going to be humans settling on the Moon… We must get ready!

LUNARK is an ambitious project that proposes a new habitat design adapted to the extreme conditions on the Moon. Based on an origami shape and after lots of testing and research, we developed a fully functional habitat to house two people in moon-like conditions. But we went one step further: we wanted to understand with our own bodies what is truly important when living in isolation under extreme conditions, physically and mentally.

We are SAGA, a Danish architecture studio developing space architecture. We have spent almost a year designing and building the LUNARK habitat to live in it for two months in the very first analogue Moon mission in the Arctic. Isolated and confined in one of the harshest climates on Earth, Moruisaq in Greenland, we endured -30ºC, hurricane winds, and hungry polar bears.

Our ultimate goal is to develop the best future Moon habitat, one that fits the Moon like an organism fits its natural environment. How can we manage to reach this goal?

People who love space do care about the Earth. We focus on how we could grow and live on Earth, what our strategies have been so we can replicate them in other places.

We are really concerned about all the human aspects involved in space missions, which have a tendency to be overlooked in the industry.

Curious to know more about the architecture studio behind LUNARK? Discover how SAGA Space Architects is shaping the future of life in space!

In space, your habitat is your entire world. There is no nature, change of scenery, or newness. It’s just you and your pod. Previous research shows that lack of stimuli, isolation, and confinement will become major challenges for the long-term voyages of the future.

This experiment has led to the development of a radically different Moon habitat where architecture helps to counteract monotony, claustrophobia and psychological stress.

The Moon is more hostile than any place on Earth. It’s a perfect vacuum, there’s cosmic radiation, no natural resources, and extreme temperature fluctuations. Therefore, in order to properly understand how living on the Moon affects the body and mind, we needed to feel the struggle to survive in the extreme reality.

So, where on Earth could we find similar conditions?

In the north of the Arctic Circle. The base location for the next Moon missions is intended to be in its South Pole, more specifically in the Shackleton Crater. The most similar spot on Earth we could think of is the Arctic Circle.

Moriusaq is the name of the settlement where we decided to test the LUNARK habitat. In an extreme climate so far away from civilization, similarities to the Moon begin to reveal themselves. The landscape is bare and lifeless, the sun does not follow a normal circadian rhythm, and similar to a spacesuit, one has to wear a polar suit to survive the cold.

Pressurized structures and insulating materials to keep humans safe from cosmic radiation have already been developed, so, how can we go one step further to improve life for the inhabitant?

Starting from scratch, we realized our habitat had to be able to be shipped in a rocket, so it was crucial to keep it compact. At the same time, having some vital space inside is essential, so we came up with an unfolding structure inspired by the origami tradition. The challenge here was translating the origami method, always done with thin sheets of paper, to thicker panels following a double-curved shell. Panels which must be insulated while still foldable. This way, with the dimensions of the current habitat, there would be room for around six LUNARK habitats in the Falcon 9 fairing. Once landed and unfolded, the habitat increases 750% its size, acquiring a total amount of 7 m2  where to sleep, investigate, exercise and have some fun.

In order to create a full scale unfolding origami habitat, the seam is everything. This is one of the most crucial parts of the actual habitat: a flexible, watertight and durable seam.

About 126 joints printed in ABS together with metal frames make up a 4 meters tall structure. 162 lightweight composite panels strong enough for the arctic make up the walls which are covered with solar panels. The interior is made up of separated walls which divide the space into an airlock, crew cabins, and living quarters.

Are these improvements enough to generate a big impact in space exploration?

AI plays an increasingly big role in our everyday lives, so there is no doubt that Artificial Intelligence must play a paramount role in these kinds of missions as well. We developed a digital model which connects all the habitat’s systems, along with embedded sensors and our own interface, ODIN. The algorithm works by analyzing data from sensors and predicting if, for example, there would be a leak in the insulation so we could fix it before it’s too late or 3D print any replacement parts before they broke.

This efficiency we were looking for when thinking about the predictive maintenance system is also crucial for the sources of energy we used. As the project simulated a mission to the peak of eternal light on the Moon, we took advantage of this by integrating solar panels in the skin of the habitat. As a possible future improvement for real Moon missions, we believe small nuclear reactors are also a possibility as long as they are fastly evolving.

Energy in the habitat is needed to keep the connectivity systems on, critical well-being in space missions. Integrating with services such as Starlink would be crucial in future habitats.

But not just the connectivity network, energy was needed to conduct the experiments inside the habitat such as the improved Algae Reactor, which led us to have an idea about how a vertical farm could be integrated and how to improve the vegetable growing, a big deal when talking about self-sufficiency and getting food supplies. Algae are highly photosynthetic, resilient, nutritious and can absorb cosmic radiation.

All these requirements keep a space mission on, and are necessary to keep humans alive, but as we already said before, we don’t want to just survive – we want to thrive.

What does it take for a human to thrive?

The algae growing keeps humans linked to the earth, to our primitive instincts. We are animals who evolved on a specific planet, through some very specific and special conditions. But one thing is clear: we have reached where we are because we can adapt.

Space exploration forces us to keep adapting, adapt our technologies and adapt our minds and bodies to a whole new world. It is all about adaptation. Trial, error and fix it. So in order to be able to find ourselves comfortable in a pod or small habitat where the outside has nothing to do with the world we have been living in, it is necessary to replicate some of our most instinctive habits and stimulations.

Without stimulation, you start to lose the sense of time. This is why we implemented a Circadian Cycle System. On long-duration space flights, a healthy day/night cycle is crucial. Both at the Southpole of the Moon and during summer in the arctic we experience constant sunlight, although during half of the mission the sun didn’t set, while on the second one it didn’t rise. Therefore we created our own artificial sky with LEDs.

We recreated the entire color palette of the sky: dawn, morning, noon, evening, dusk, sunset. It controls the sleep-wake rhythm, hormone release, body temperature, and energy levels, which are usually influenced directly by the daily changes in sunlight.

But is this what keeps our mind healthy?

Humans are social animals, which means we need to interact with other humans, so good connectivity was important for the LUNARK mission in order to stay in touch with our families.

We strongly believe habitats would be very effective in a network with other habitats. This way some modules could be used for storage purposes, others as laboratories, and of course, more living habitats. Having such a network and being able to interact between modules is key for the social aspect of humans.

The LUNARK mission to Greenland has led us to realize what is crucial in space settlements, and how some of these solutions can improve our lives on Earth. We have worked hard and given the best of ourselves so we can reach our main and first goal: to develop the best future Moon habitat. There is still a long way to the Moon, but with the learnings from the LUNARK, we continue our mission to develop the best solution for a fully functioning Moon habitat. 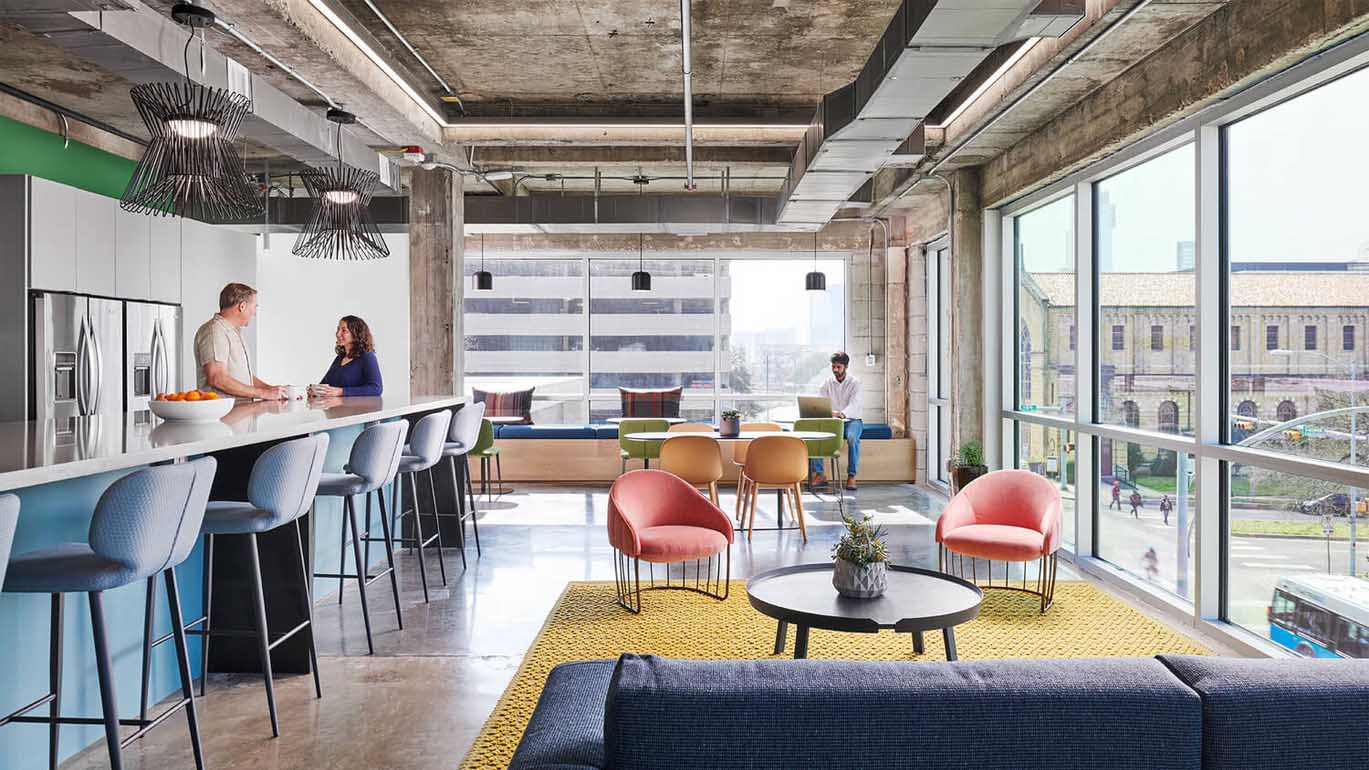 How can we merge psychology and architecture?

Excerpted from the 2021 SXSW session “Psychology in Architectural Design”, this interview addresses the value of exploring the connections between psychology and architectural design, and the potential […] 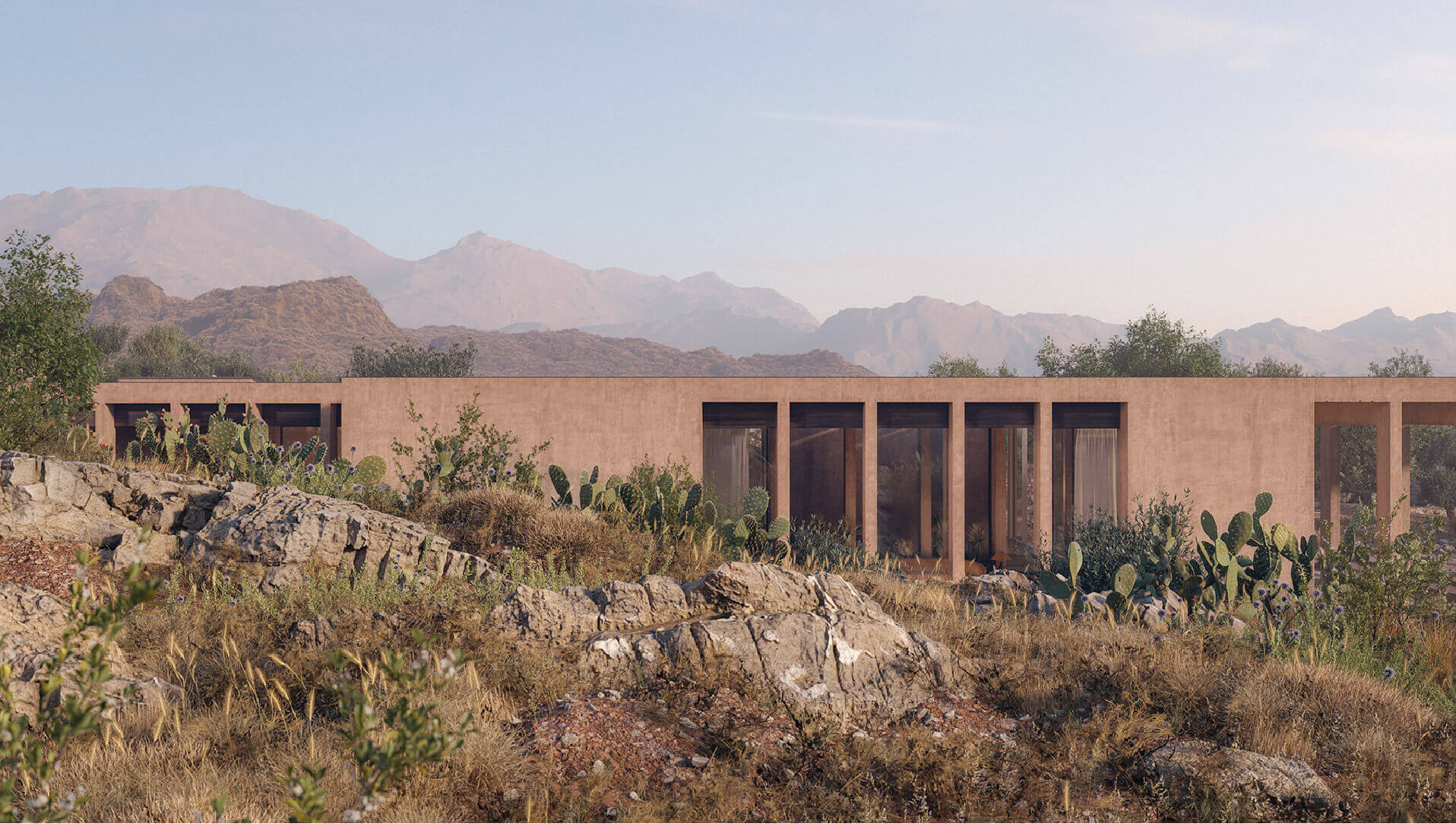 Carl Gerges Architects has designed a villa retreat inspired by Roman ruins, characterized by a series of columns that line the facade. Embracing Lebanon’s mountainous landscape, […]