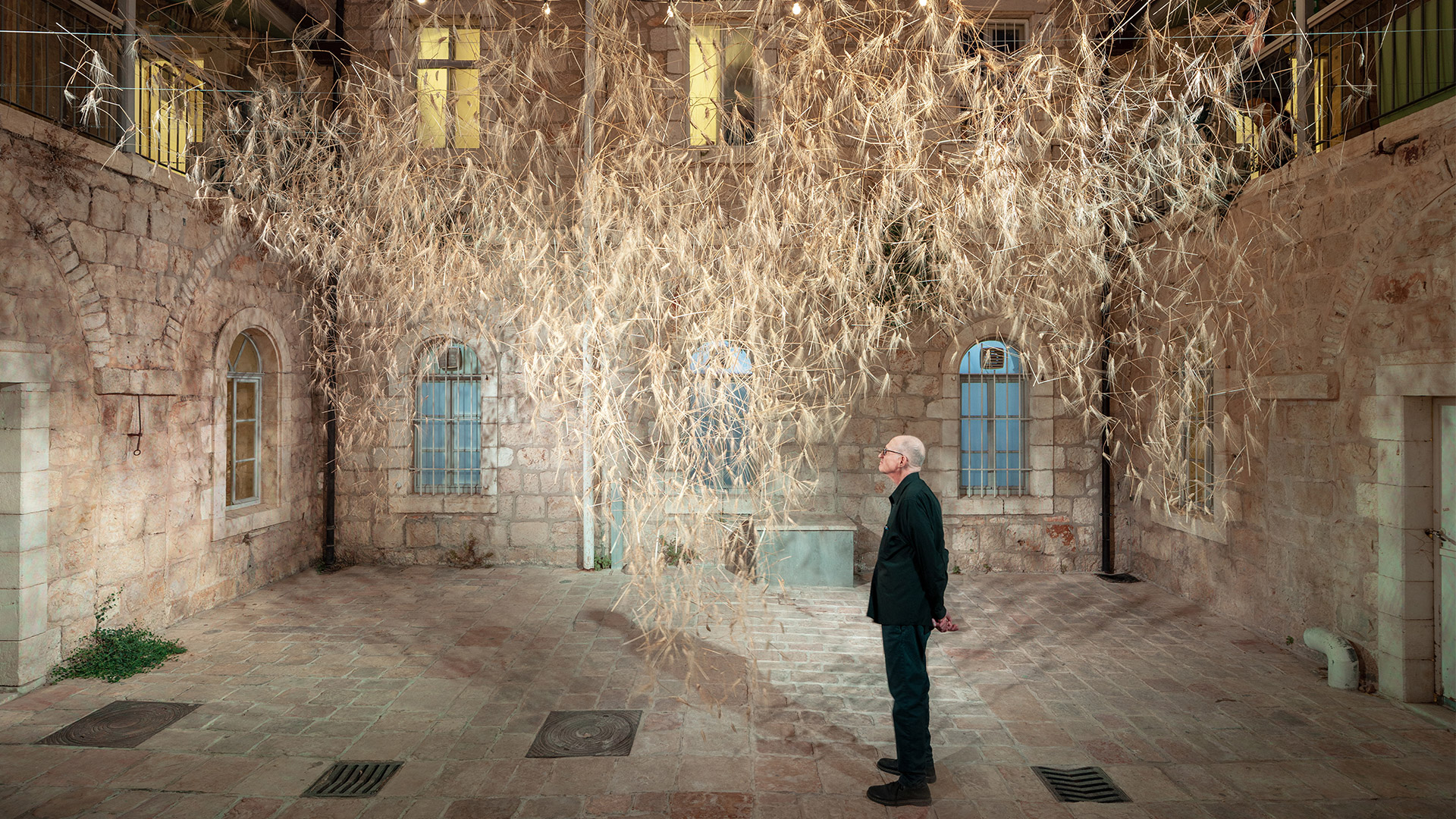 The installation “Goren” provides a glimpse into the conservation efforts to preserve the most important agricultural crop in the western world, wheat.

The Middle East, for the last 12,000 years, has been home to thousands of genetically diverse varieties of wheat. Sadly over the last 100 years, this important building block of humanity’s history has been driven to the brink of extinction – being replaced by a handful of high yielding and uniform strains, that was artificially created in the mid of the  20th century.

The installation “Goren” – working with the Weizmann Institute and the Volcani Center in Israel – presents in a high sensory experience a selection of these near-extinct wheat varieties.

As one enters the exhibit they are immediately surrounded by a visceral experience of floating through a field of wheat – the modern wheat that feeds the world.  Superimposed throughout the experience are tens of varieties of ancient wheat.

This stark contrast – in size, shape & color – is immediately evident creating a connection and reflection to the past and raises the question – in our quest for efficiency have we lost local diversity and uniqueness?

The art piece was designed intentionally to change its form depending on the architectural space. The installation including several thousand meters of brass wire – allowing the wheat to appear as though it was floating up from the “threshing floor” (Goren in Hebrew).

In Jerusalem, Israel, the chandelier was hanged at the courtyard of the Hansen House and beautifully amplifies the historical building.  Its ancient Jerusalem stone mirroring the color of the wheat and whose heaviness is in stark contrast to the wheat hanging effortlessly from the sky. Its distinct arches that give the courtyards its personality perfectly silhouetted by the wheat chandelier.

The second piece in the Goren series was installed in Tokyo and won the best exhibition award of the DesignArt Festival 2019 as a proud member of the JerusalemDesignWeek delegation.

The installation was indoors in the round-shaped Spiral Gallery and so the entire artwork was built in harmony with its environment.

Its form sparkled like a talisman of golden jewelry and morphed in the eyes of tens of thousands of visitors as they ascended the ramp inside the Spiral Arts Center.

Goren’s next upcoming show will be presented at Henan province-China, the biggest wheat-growing region in the world, around October 2020.