Penda’s timber tower will replace concrete with wood and plants 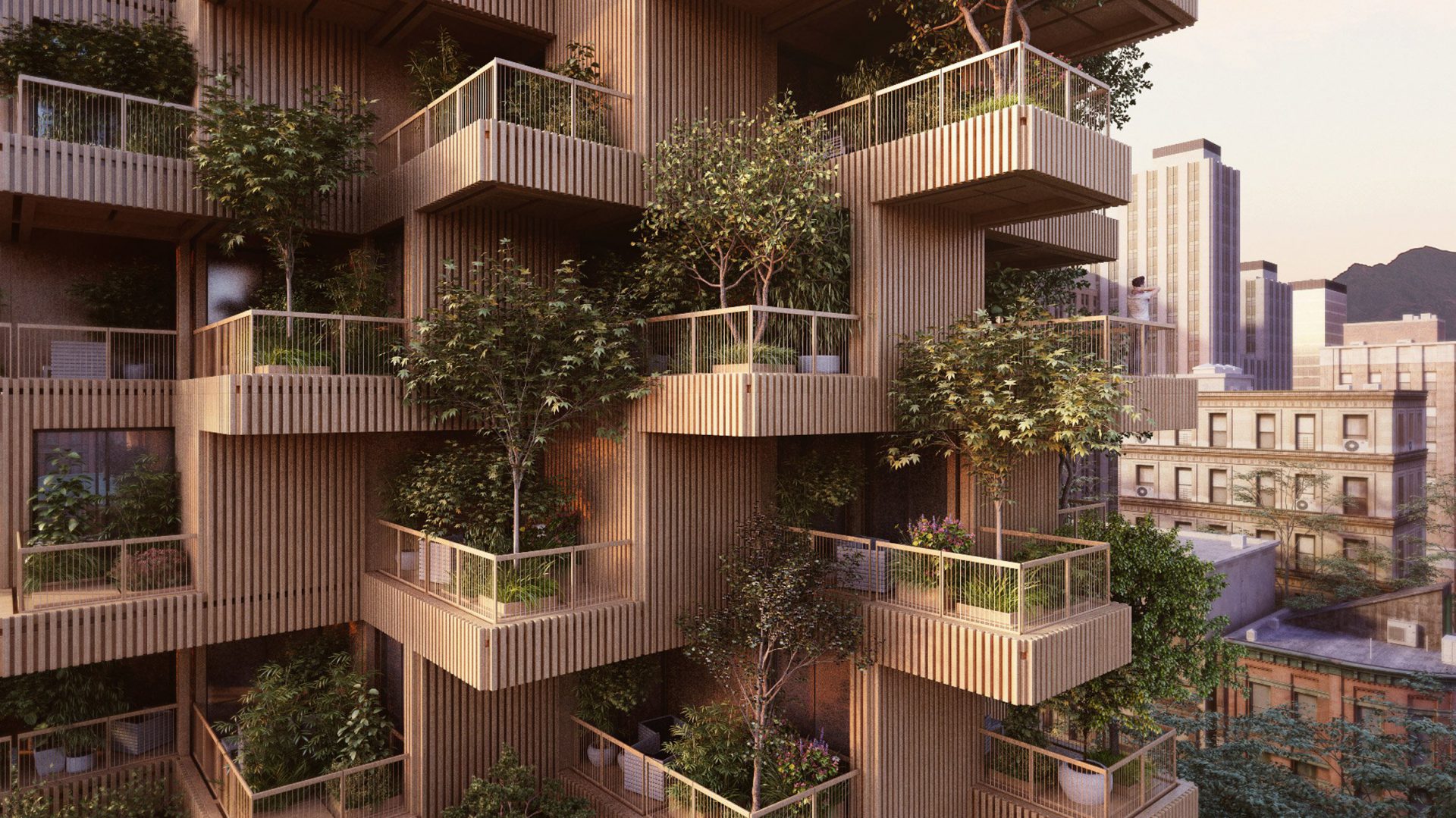 Living cities that are made of timber and trees are definitely a healthier and better alternative to what we currently have.

“Concrete jungles” is an accurate description of what contemporary cities has become.

Despite the dominance of concrete as a building material in all major city, Penda architecture studio has proposed a vision that can forever change that. 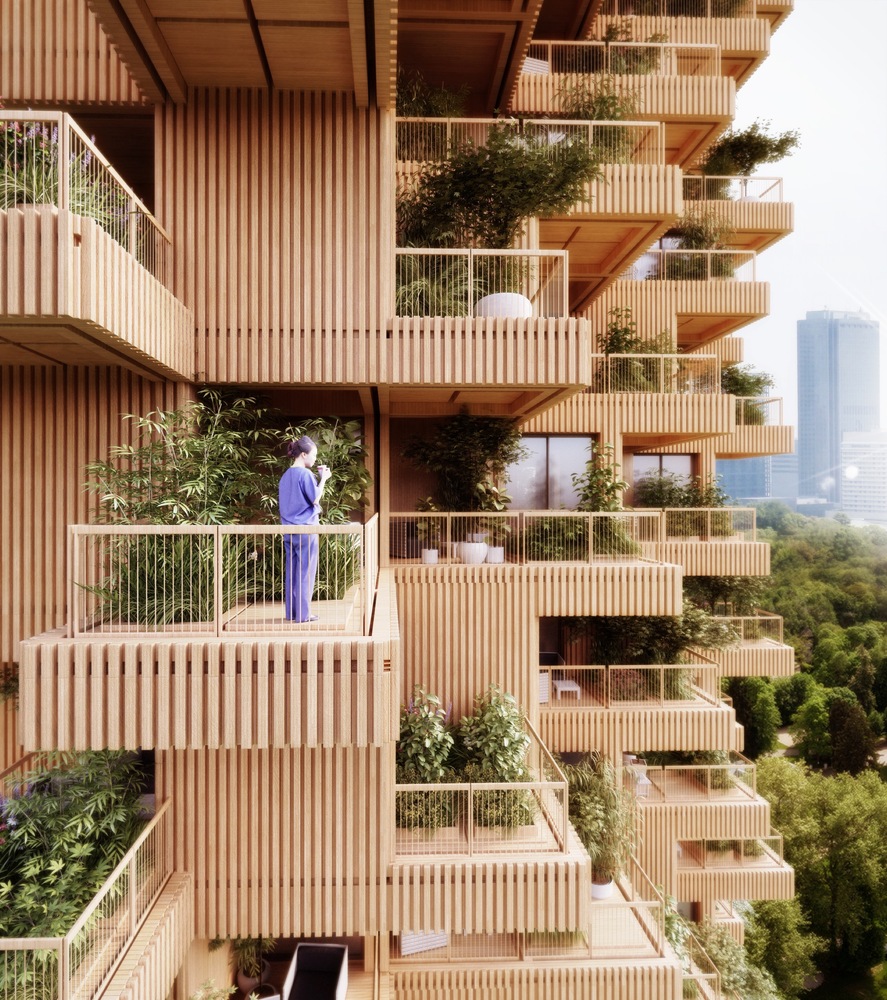 A Unique Vision for a Better City

“Our cities are an assembly of steel, concrete and glass,”

“If you walk through the city and suddenly see a tower made of wood and plants, it will create an interesting contrast.” 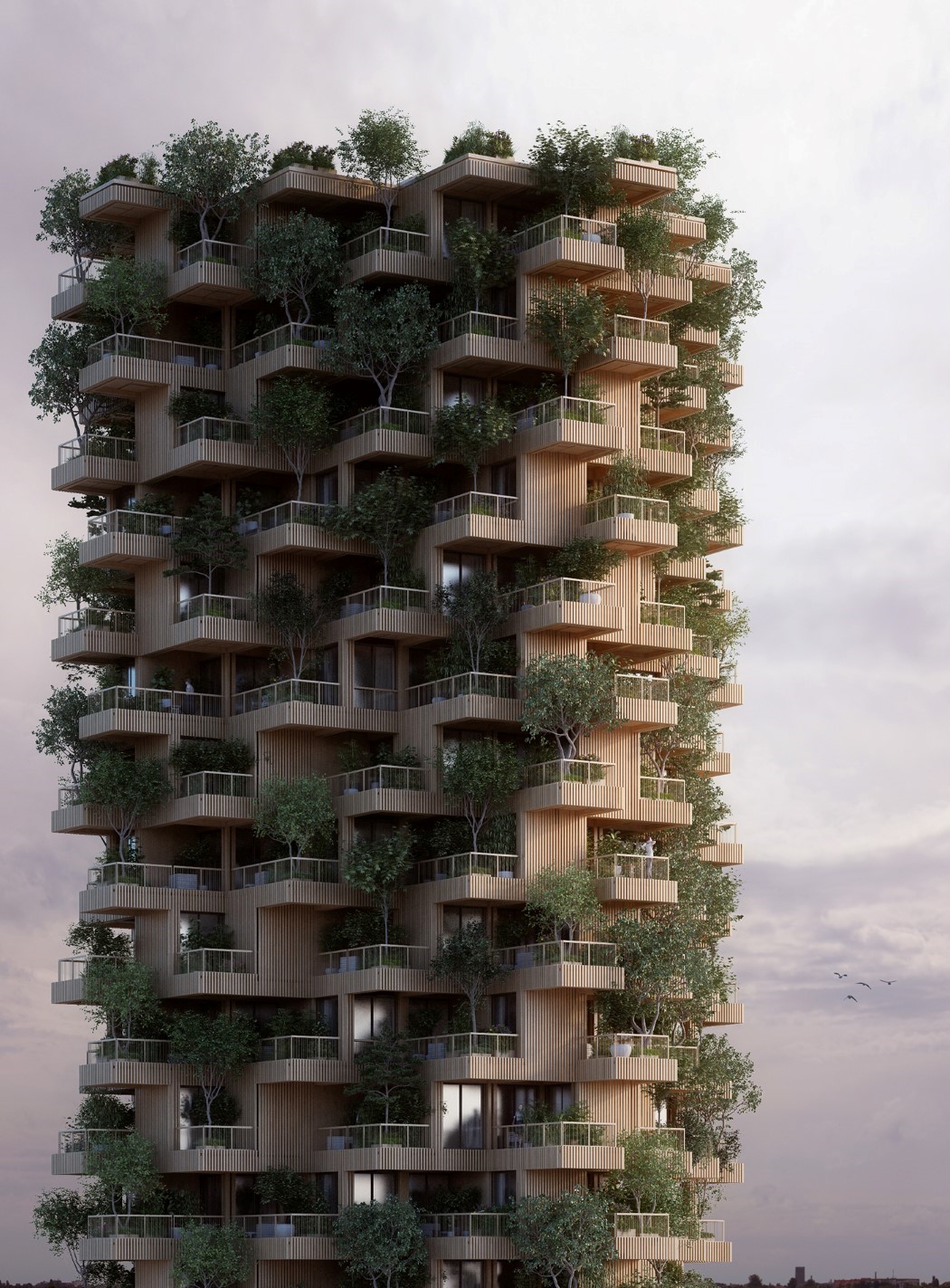 In a world where concrete is the norm, this is a very interesting concept.

Living cities that are made of timber and trees are definitely a healthier and better alternative to what we currently have.

Thanks to the rapid breakthroughs in timber construction technologies, building taller timber buildings is now a possibility. 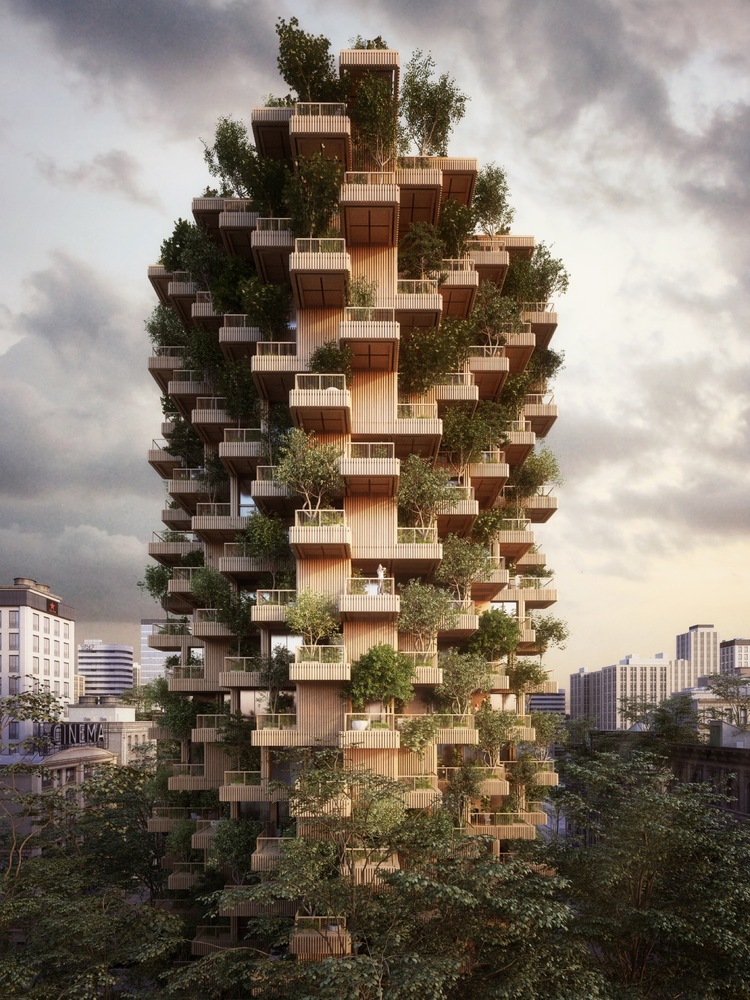 Penda’s new tower proposal is a proof of what is possible and a way to a better future.

The proposed tower is built using a modular system of wooden units that are combined together to create a structure that is 62 meters high and offers 4500 sq.m of residential space.

Each housing unit in that tower will have a large garden that will be a home to plenty of plants and trees. 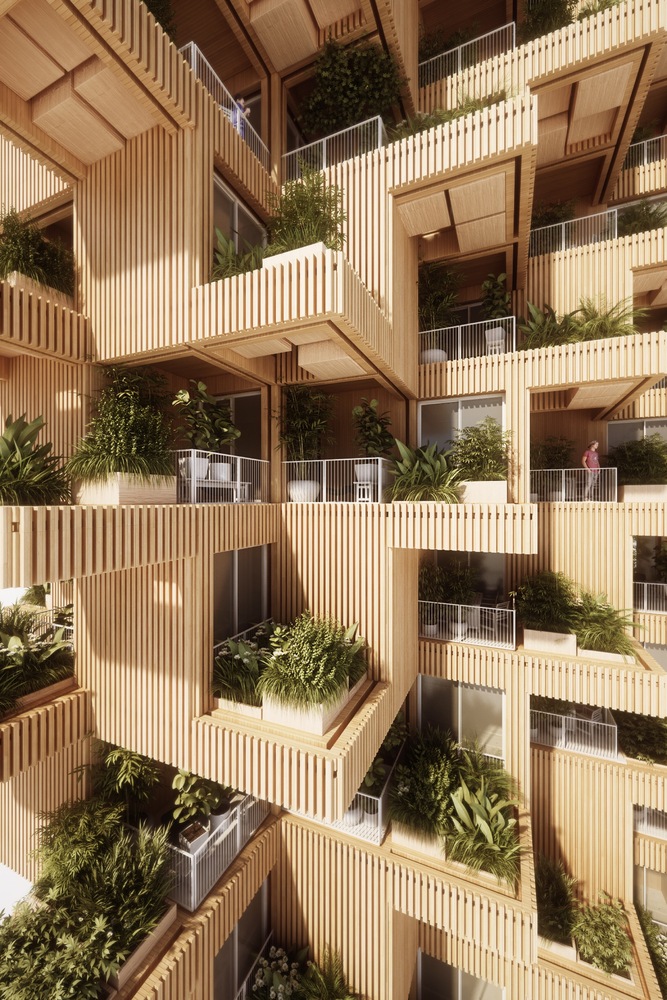 Penda’s timber tower is proposed to be assembled off-site.

The parts that will be assembled together to create the tower will be shipped to the site and stacked around the tower’s core, ready for assembly.

After the tower’s skeleton is built, the tower’s façade panels will be installed and sealed. 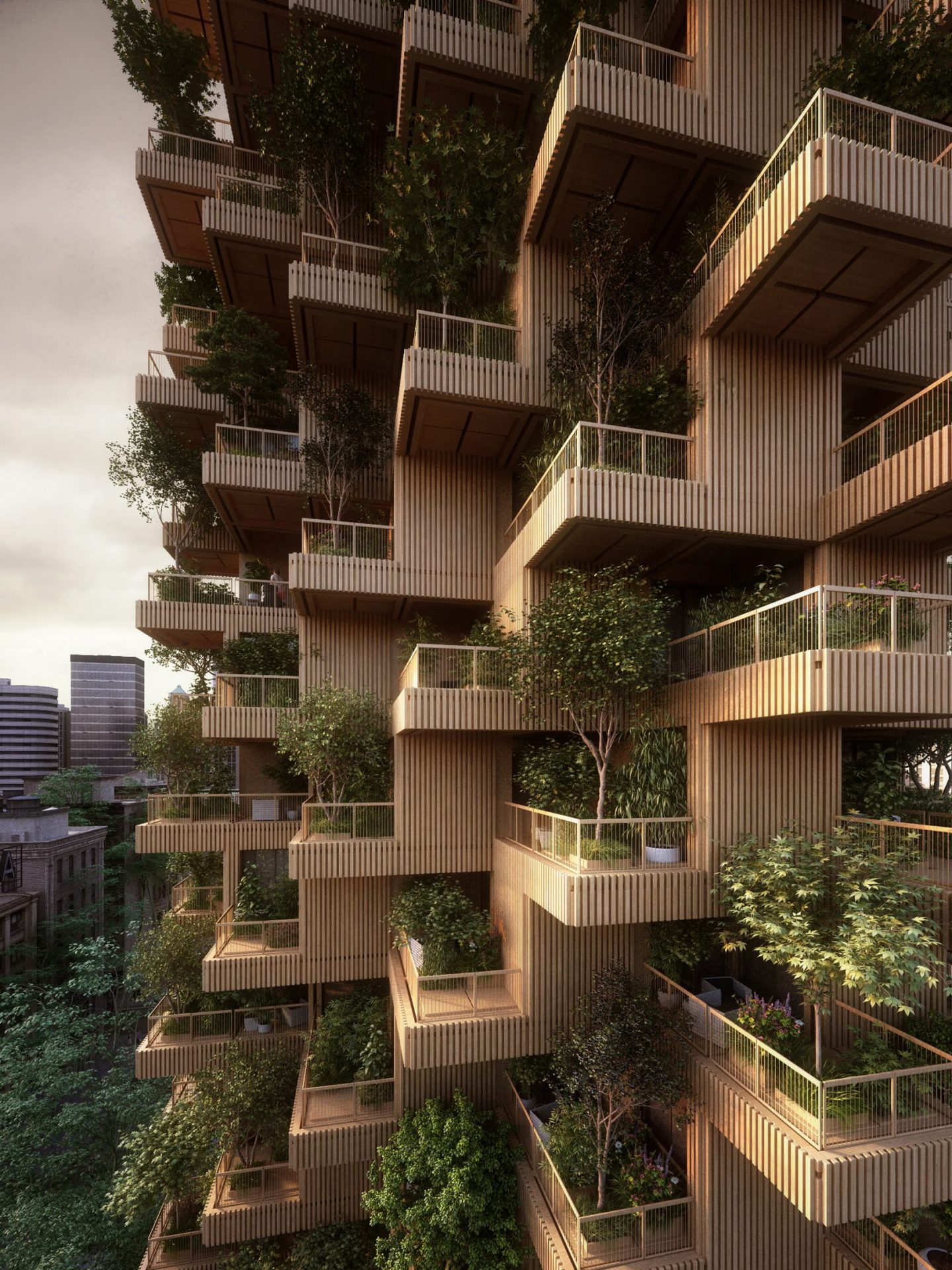 This method was chosen for its clear advantages over traditional construction method.

Not only is this method faster, it’s also cleaner, produces less waste and is more environmentally friendly.

With such rapid advancements in timber construction technologies and engineered timber being more widely adopted, seeing such project become a reality can be much sooner than most people expect. 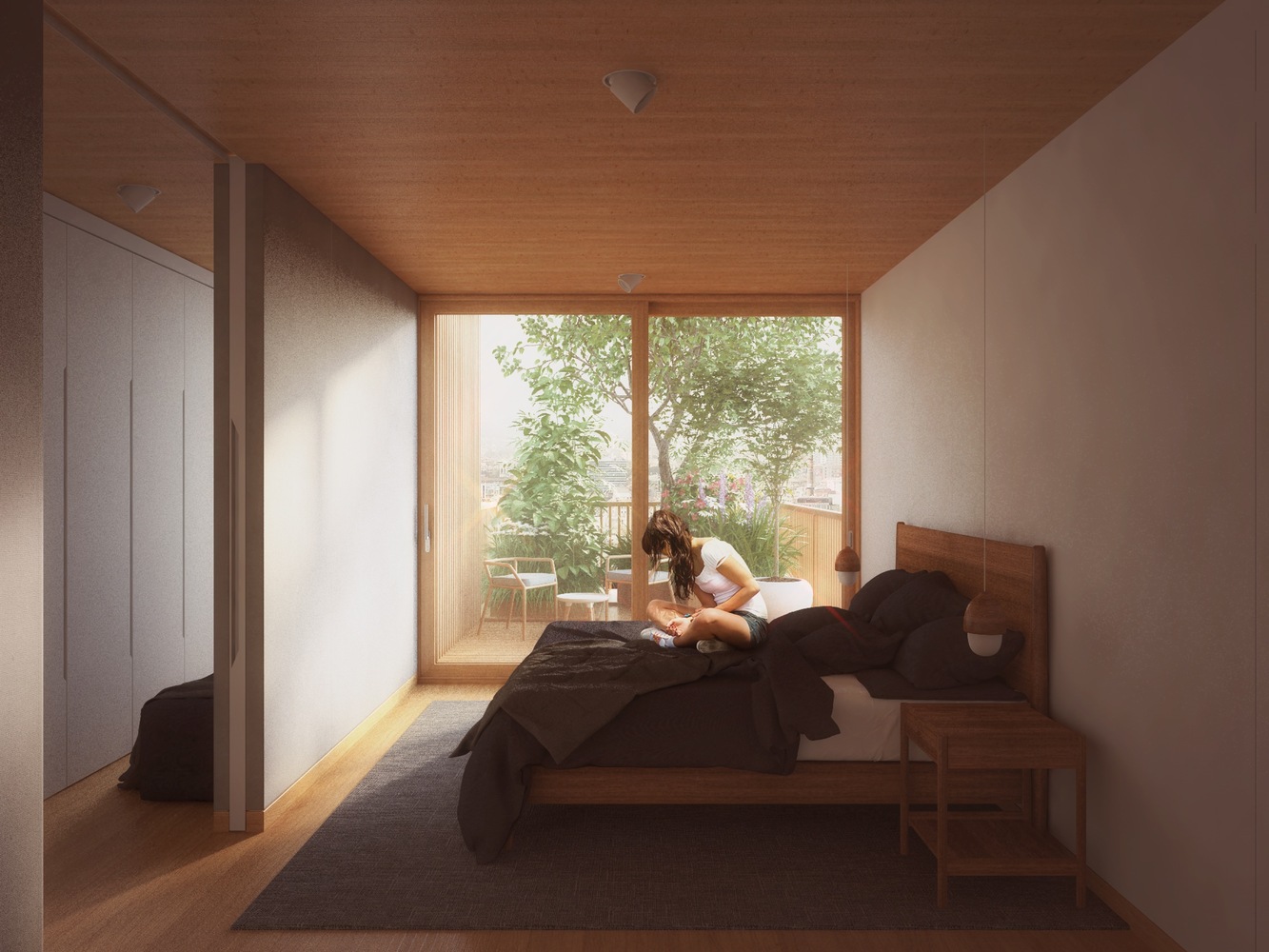